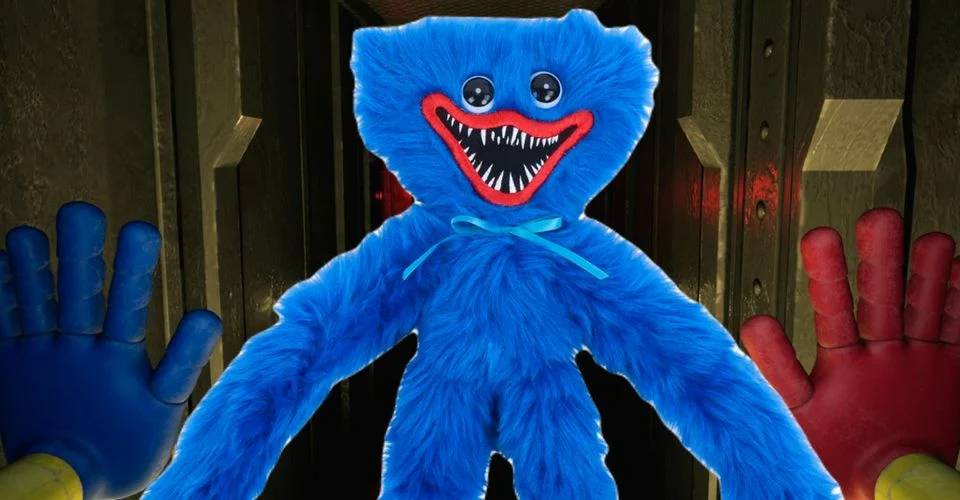 Poppy Playtime is a jumpscare-fueled horror romp that relies on what would normally be child-friendly characters, similar to games like Five Nights at Freddy’s. Unlike FNAF, though, the horror-puzzle game hasn’t gotten nearly as much merchandise, owing to the fact that it was just released in late 2021. In the absence of official merchandise, fans have created and sold their own Poppy Playtime-inspired characters and plush toys, however many have awaited a line of official toys, in part due to Poppy Playtime’s use of dolls and plush characters in-game.

Poppy Playtime’s creator and publisher MOB Games announced on Twitter that fans may now order their own plush Huggy Wuggy toy from the Poppy Playtime website. The fully licenced soft plush is an exact copy of the game’s notorious Huggy Wuggy, measuring roughly 17 inches long and including embroidered stitching and velcro paws. The Wuggy Huggy plush costs $29.99 USD and is expected to sell out quickly based on the game’s success.

The Huggy Wuggy Plush is here!!!

The Huggy Wuggy plush appears to be only the beginning of products for the game, which is only expected to grow in popularity with the release of Poppy Playtime Chapter 2 later this year. At launch, fans can look forward to a slew of new scares, including Poppy Playtime’s new Mommy Long Legs character, who appears to be modelled after the legendary 1990s doll Betty Spaghetty. While a release date for Chapter 2 has yet to be set, a fresh trailer has the internet buzzing about what’s in store for the horror franchise.

While fans wait for further information on the next chapter of Poppy Playtime, there’s still much to enjoy in the game right now. In addition to the new Huggy Wuggy plush that fans can now add to their carts, the game’s first chapter was just released on mobile, scaring many new players while also providing an alternate opportunity for existing fans to enjoy Poppy Playtime. Despite the fact that Poppy Playtime – and Huggy Wuggy – is only a few months old, MOB Games appears to have no plans to slow down.