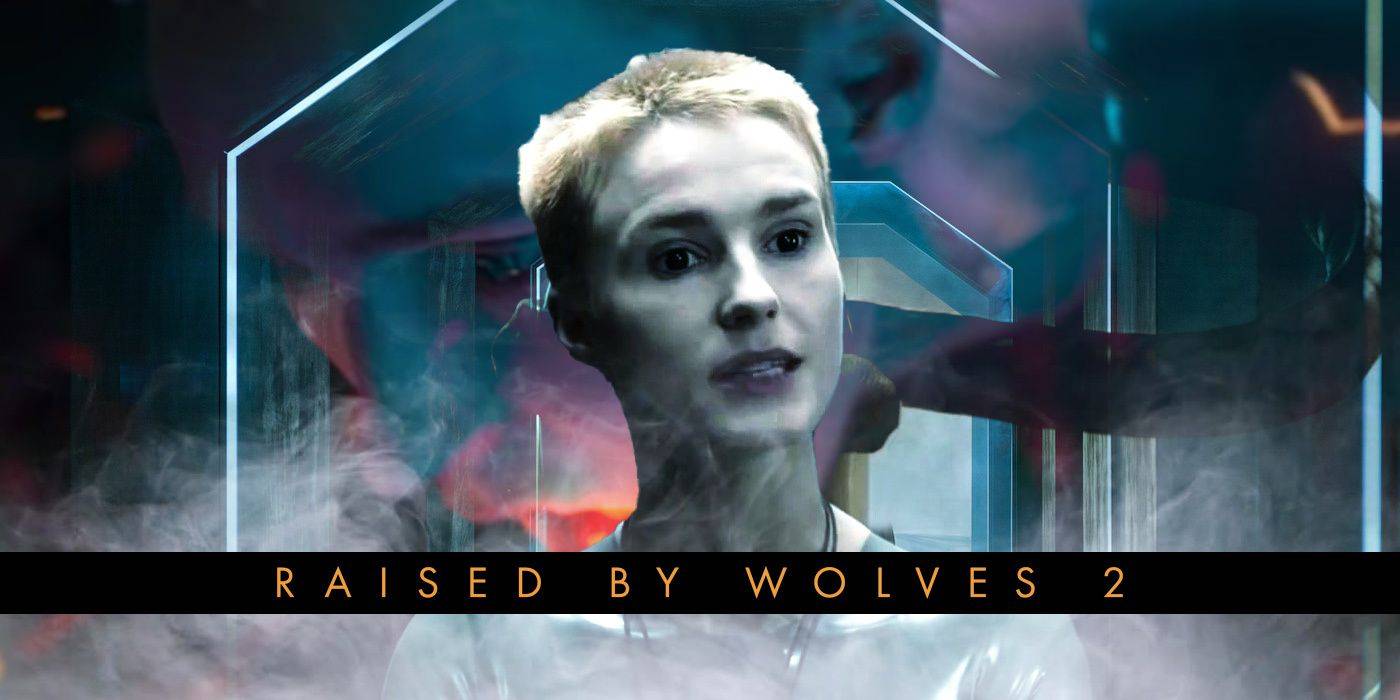 Raised by Wolves is a television show that has a pattern of establishing mysteries and then leaving them unsolved. The Ridley Scott-produced drama, which began as a story about two android parents founding a new atheist human society on a distant planet, has gradually exposed a secret substructure of religion and history that has increasingly influenced the events of the story. The series’ deliberate, methodical pacing gradually unrolls a steady stream of inexplicable innovations, and it frequently waits until the tension reaches a breaking point before eventually resolving the mystery. Having said that, as the series has progressed, more and more questions have been raised that have yet to be answered, as more of the structure of the odd planet’s underlying mysteries has been investigated.

In general, a Season finale is a time at which all of the preceding episodes’ tension and development achieves a climax and some form of resolution. This was especially true in the first season of Raised by Wolves, when Mother (Amanda Collin) watched her odd pregnancy result in the hideous flying serpent that would later become the dominant protagonist of the series. While the season two finale did bring some closure to a few storylines, it appears to have introduced more riddles than it resolved, and some of the series’ most crucial questions from the beginning remain unresolved. While we wait for Season 3 news, here are nine unsolved issues we still have following the Season 2 finale:

What did Vrille actually write?

As her systems failed, the artificial child Vrille feverishly wrote an indecipherable entry from a diary into the stump of a fallen tree in the season’s penultimate episode. Campion took a note of the language and brought it back as a souvenir, but the child Paul examined the entry and informed him it was unimportant. Having said that, Vrille’s strange language and priority in introducing the entry would seem to indicate that there is more to the words than meets the eye. What it truly says is a mystery, but it will have to be solved in Season 3.

What are Grandmother’s “games” going to do? 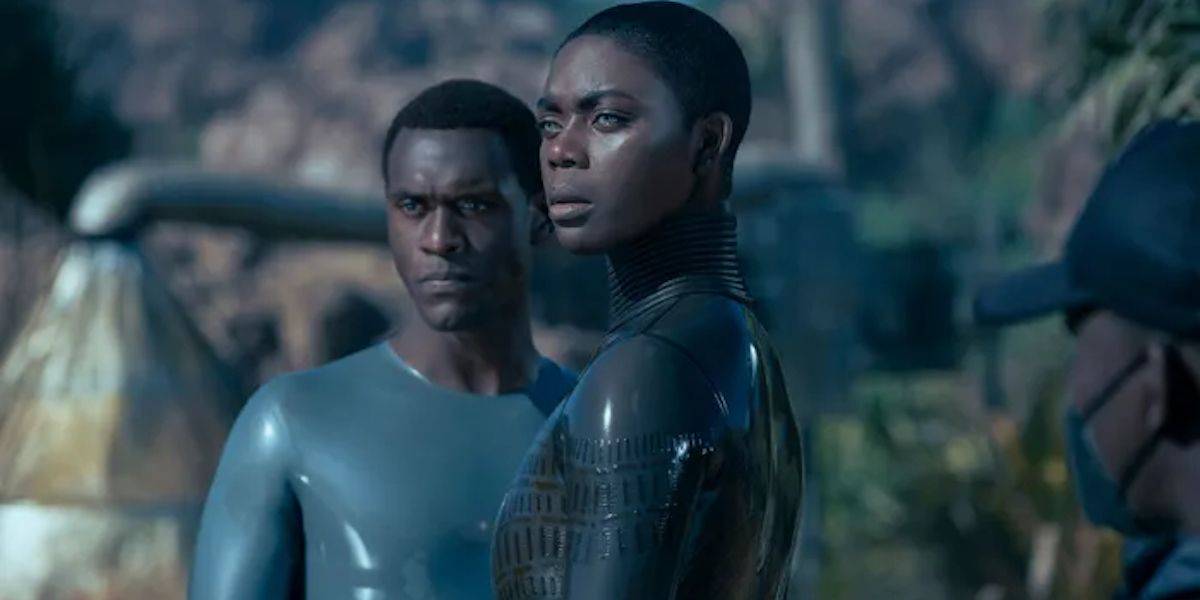 One of the more dramatic twists in the final episode was the revelation that the android “Grandmother” (Selina Jones) was returning to carry out a nefarious plan she had been tasked with in the past, which involved some hazy plot to degenerate humanity into something far more animalistic. As part of her strategy, she established a new system of “games” to society, which are apparently designed to further her goals.

But how is this going to be accomplished? I’m not sure how it’s intended to function. What exactly will the game do to degrade society? Without a doubt, it’s a plot that will be explored in a future season, but for now, we’re left speculating, especially as to what Grandmother’s plan would include.

What is happening to Mother? 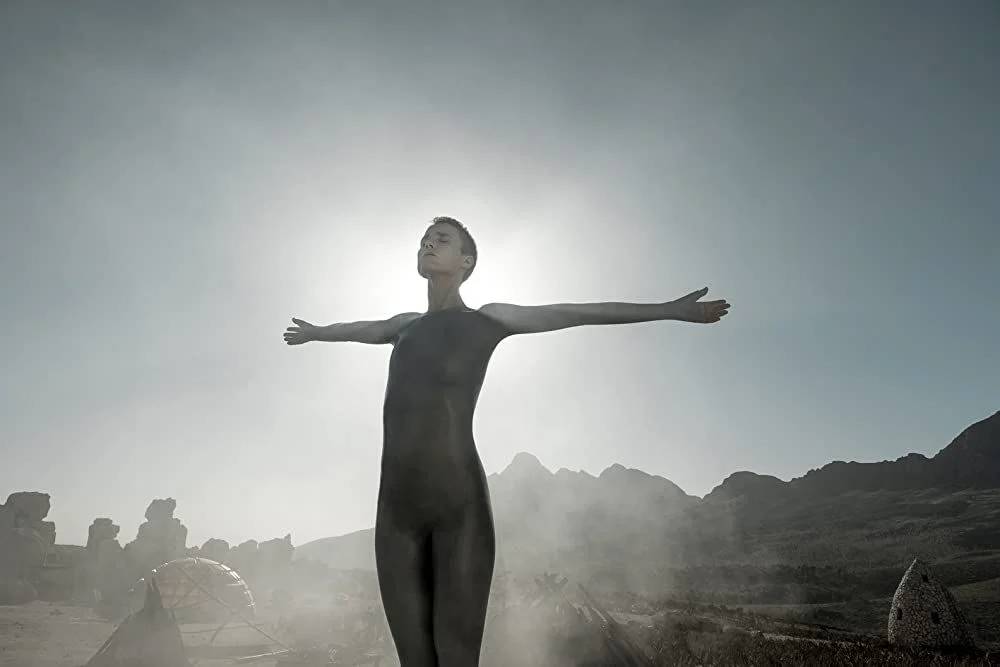 With the use of her veil, grandmother was able to neutralize Mother as the first stage of her stealthy takeover strategy. Grandmother wore the veil until she gave it to Mother so that she could calm her emotions long enough to kill the serpent, but after that, the veil obeyed Grandmother’s command and locked Mother in some kind of cocoon, leaving her unable to escape. With Mother incapacitated, it appears that someone will have to find a means to set her free. Also, if the veil has transformed into a cocoon, what metamorphosis is she going to go through in the meantime?

Will we ever know what is going on with the pit?

The bizarre symmetrical pits that appear all across the world have been a part of the show from the first episode, but no one knows what they do or why they are there. For one example, a youngster who fell into the hole has resurrected in ghostly form several times. Marcus (Travis Fimmel) walked the weird wicker escalator down to the depths of one of the holes, and it appeared as if we would be given an explanation. The only item that was shown there was a bizarre corpse that temporarily reanimated in order to scare Marcus to death.

When Marcus returned to the pit in the final episode, it appeared like another revelation was on the way, but before he could act, he was arrested by Mithraic vigilante Lucius (Matias Varela), which led to one of the most perplexing scenes of the entire series (see question eight). The pits certainly have something to do with the planet’s old humanoid species, but that is all that has been revealed thus far.

How did the Mithraics end up with the formula for Peacemakers in their Scriptures? 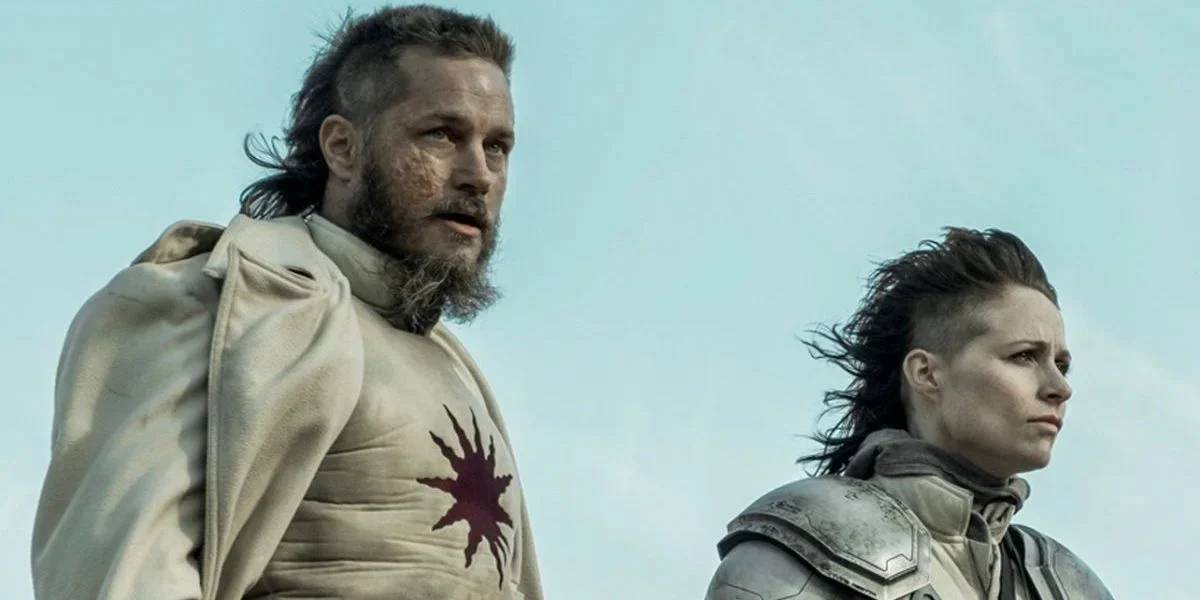 The comment that while the devout Mithraics had produced the Peacemaker androids from which Mother was reprogrammed, they had simply followed a formula discovered in their sacred books was one of the more casual revelations delivered in the series. While additional evidence has accumulated over the series that some unknown signal is the source of the Mithraic predictions, the genesis of the Peacemakers and the purpose of their formation remain stubbornly unexplained.

What happens to those who eat the fruit of the Tree? 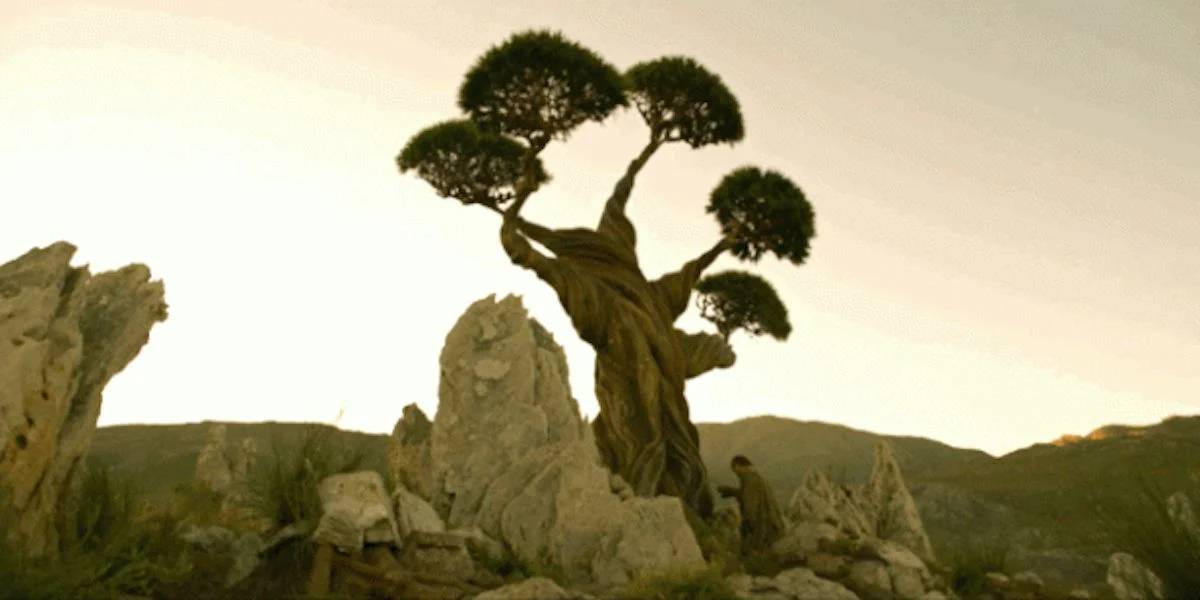 The resolution to the Tree of Knowledge prophecy was one of the oddest anticlimaxes of the series thus far. The Tree was foreshadowed in the first season, and it arose as a strange result of some mystical metamorphosis that transformed a human into a plant. But nothing happened when the prophecy was fulfilled and Marcus and Paul ate the fruit of the Tree. Many members of the atheist society ate from the Tree as well, and nothing appeared to happen to them. The widespread ingestion of the strange fruit, on the other hand, appears to be laying the groundwork for something that will be revealed later. The only hint in the series appears to be…

What happened to the body of the serpent? 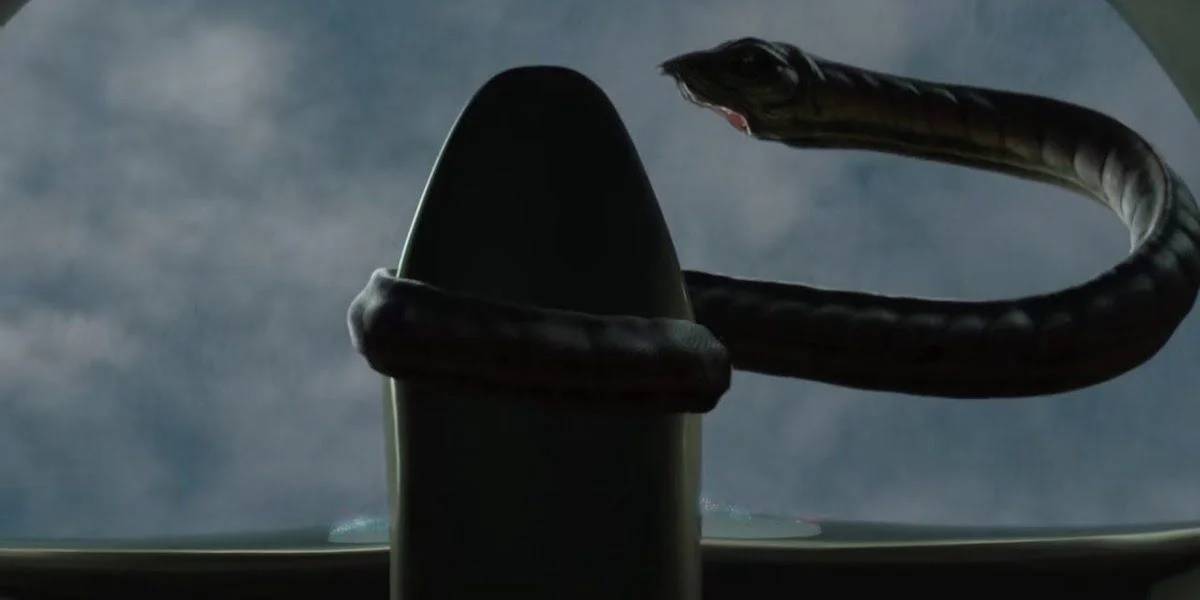 The serpent’s final moment is a bizarre and unexplained sequence in which the deceased creature’s body appears to slide off in an odd fashion into the acid ocean. What the monster was in the first place is a huge mystery that has yet to be solved, but now that it has died, the peculiar nature of its death adds another layer of intrigue. What became of the body? What was it that was slipping into the sea? Why?

One theory is that the serpent’s odd afterlife has something to do with the alteration it underwent after eating the Tree of Knowledge. But who can say for certain? This is a series in which an android gave birth to a flying extraterrestrial space snake, which grew tentacles and swallowed a tree whole, which was also a person.

What in the name of Sol is going on with Marcus at the end? 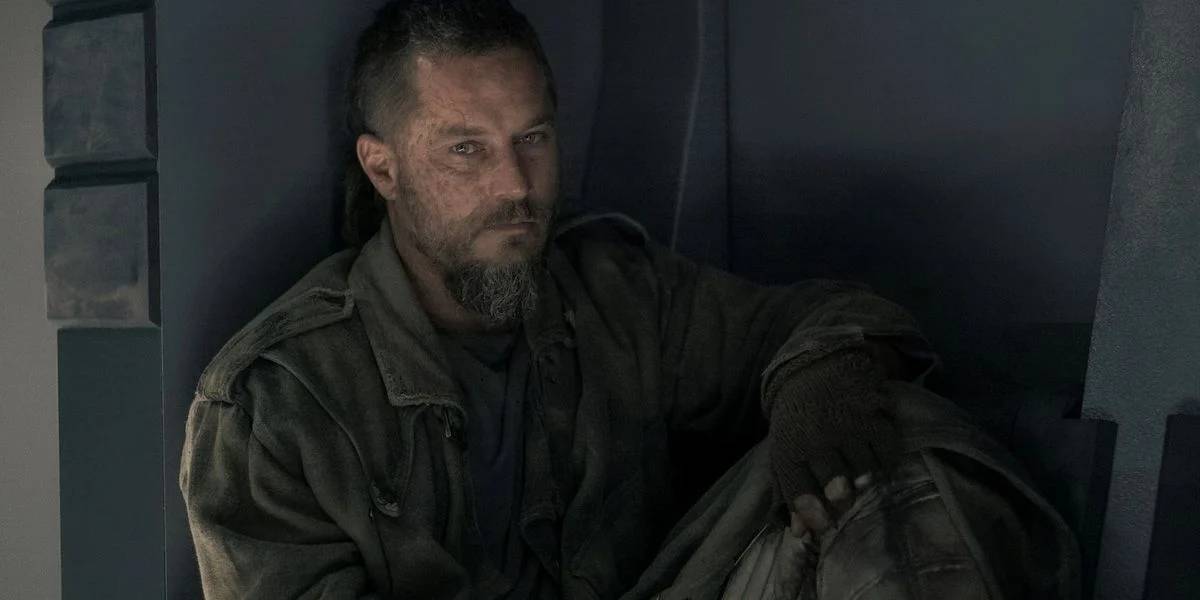 The odd ritual executed on Marcus as he was abducted by Lucius, clad in a ceremonial mask, and nailed upside-down to the husk of the Tree of Knowledge was the emphasis of the season’s final moments. Then things started to get strange.

Marcus’ vitals were checked by Lucius, who appeared to be convinced that the guy was dead. Marcus was seen hovering, still upside-down, in the skies above the Tree in the final shot of the scenario, much to Lucius’ surprise. However, the scenario stopped there, leaving all the unanswered questions hanging in the air, much like Marcus. Is he no longer alive? He appeared to be doing so. But how is he flying if he is dead? Why is he in the air? Is there a connection to the Tree? Is it because he ate the fruit of the tree? Is Marcus internalizing some residue of the serpent’s presence on the Tree? Is it something about Marcus that hasn’t been exposed yet? What is the source of my headache?

Last but not the least…

Who or what is Sol, and where is he/it? 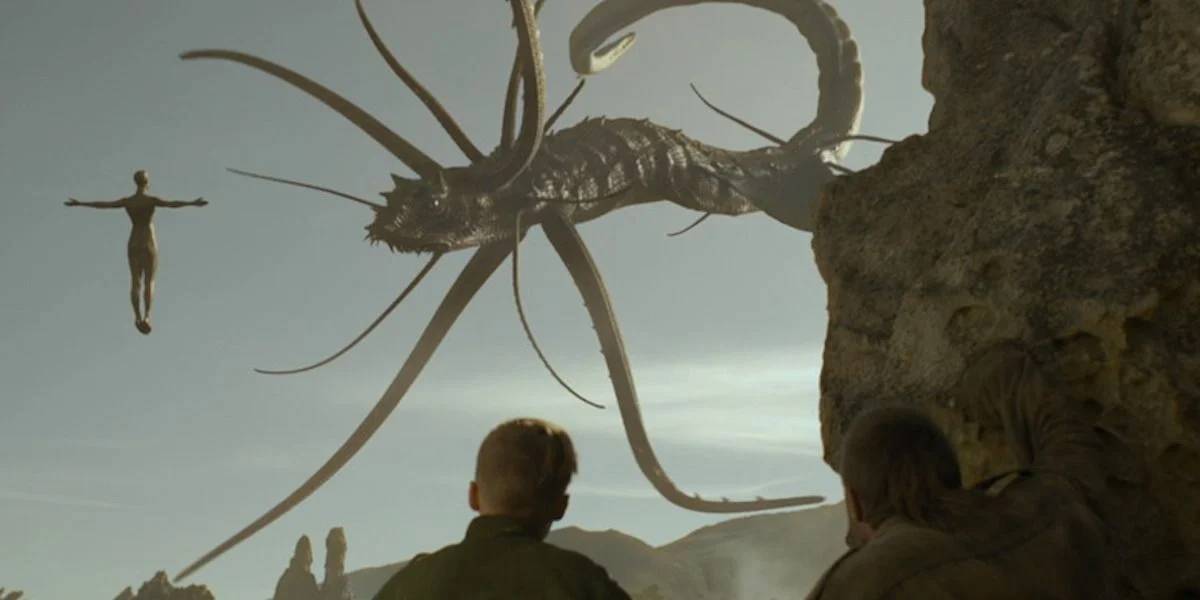 Of course, the most important question in the entire series remains unsolved. Since the beginning, the deity Sol has been a giant question mark in the middle of the plot. He is the Mithraic religion’s key figure, but the Mithraics themselves don’t appear to comprehend him. Sol’s voice can be heard throughout the novel speaking to non-religious characters and providing a miraculous cure to a distraught mother, but it also appears to motivate Lucius’s awful sacrifice at the end. He’s been described as a god or an alien intellect, and he might be in space or in the planet’s core. His voice appears to be a signal based on scientific principles at times, yet it also defies understanding. Because Sol is such an important part of the tale, it’s likely that the mystery surrounding him will be revealed only near the end of the series, if at all. Whatever the outcome, Sol appears to have his own strategy and a nasty conclusion in mind.

The audience is left in a state of awe, but that is just the objective. So, what’s next? What could possible be more bizarre than what we’ve already witnessed? We’ll find out soon enough, no doubt. Or perhaps never.