Subnautica, which is set on the enigmatic alien planet 4546B, combines exploration with aspects of survival as players try to figure out why their ship crashed. The planet, which is dominated by water, is home to a diverse range of plants and creatures, some of which are extremely harmful. One of those beasts, the Reaper Leviathan, is well-known for being among the game’s scariest monsters.

Reapers can be found pretty early in each given game, therefore this notoriety is notable in particular. These living sea creatures quickly evoke a sense of awe and horror as they go about their lives as apex predators, knowing for “sneaking up” on players seeking to explore the more open regions of the game. This naturally raises the question of whether it can be killed because overachieving gamers. The answer to that question is a hearty “Yes,” but getting there isn’t quite simple.

Where to Find Reaper Leviathans in Subnautica 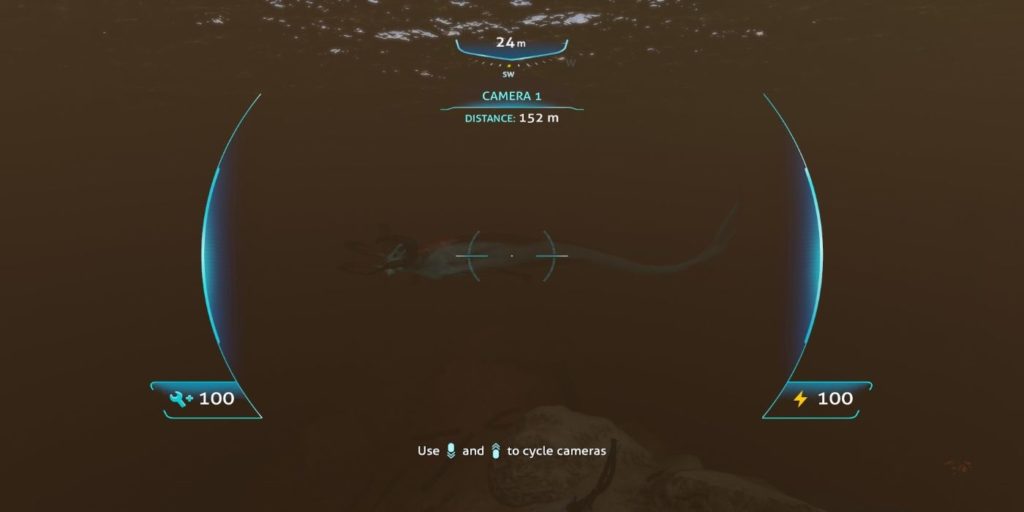 Reaper leviathans live in vast locations with lots of open space because of their size. This implies that they can live in places like the Mountain, Dunes, and Crash Zone biomes. However, more frequently than not, it is the reapers who locate the gamers. To locate their prey and obtain a sense of their surroundings, they use echolocation. In other words, the elongated monsters are already aware of the player’s presence when they start to hear the reaper’s distinctive roars. The reapers have a notorious reputation because of their propensity to ambush players in open water.

However, there is one noteworthy method to locate reapers securely and without putting one’s life in danger: camera drones. Players can use the scanner chamber to find any nearby specimens if they manage to construct a base in or close to one of the reaper leviathan’s habitats. Players can use the camera drones to see the scanner room’s movements in addition to seeing them on the holographic map.

Prepare to Fight the Reaper Leviathan in Subnautica 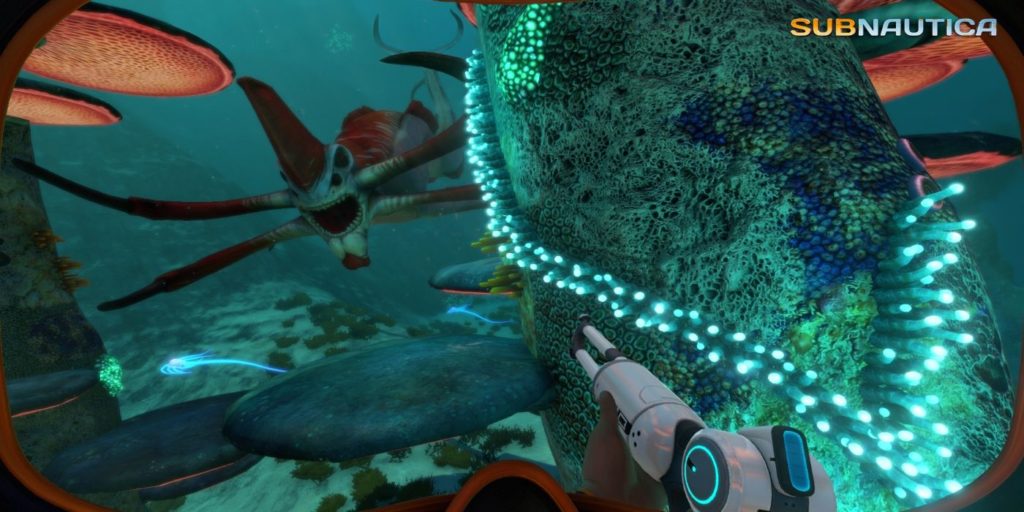 The game does not promote fighting the reaper leviathans, it must be mentioned. Essentially, the only objective for the players is to flee and evade the reapers. not confront them. Killing a reaper leviathan does little other than provide the player bragging rights and an easy chance to scan them. However, players still desire to murder one despite this.

Players must put in a good deal of preparation before attempting to begin the combat because they are clearly at a disadvantage. Stock up on first aid kits to start. The reaper leviathan will probably make numerous attacks, and each of these will cause more than enough damage to end the player’s life more than once. The damage sustained will be significant even if the player is wearing a reinforced diving suit.

A fully charged seaglide is also strongly advised for speedy transit. If players wish to fast approach the reaper or flee from one, it will be immensely helpful. Players must either carry extra oxygen tanks with them or be close to a vehicle because the battle will take a long time. Remember that the reaper will probably assault that vehicle, so players are strongly urged to upgrade their vehicle and install defensive modules.

There are two basic strategies for the real battle. The “Prawn Suit Drill” method and the “Stasis Rifle and Blade” method. The resources needed should be obvious, but just be aware that before using either approach, the player will need to acquire certain blueprints. 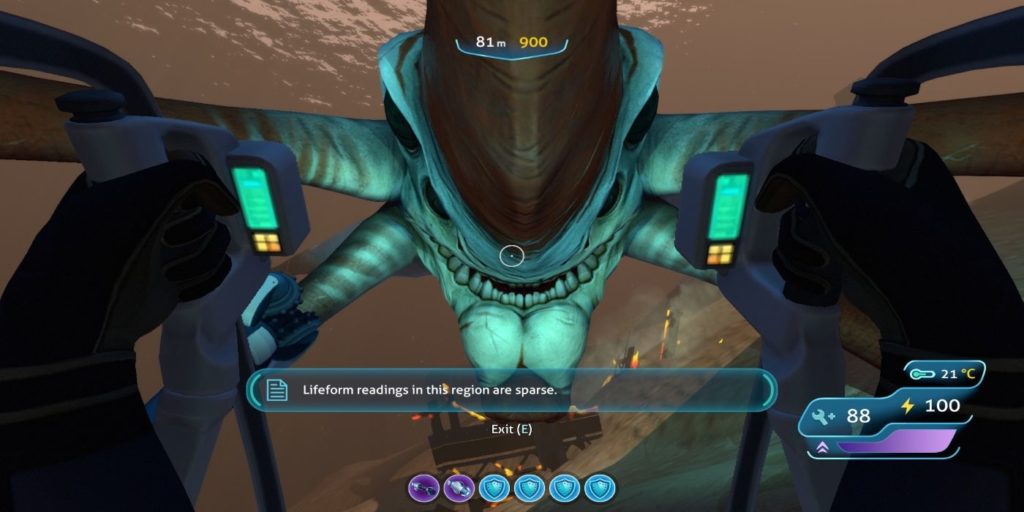 Players will probably run into their first reaper leviathan when attempting to obtain the prawn suit blueprints, which are located in Aurora’s vehicle bay. They frequently patrol the areas near the Aurora, so go ready to use some evasive techniques before boarding. Only wreckage strewn across the map can yield blueprints for arm additions like the drill arm. Try peeping inside the wrecks near the Grand Reef, Blood Kelp Trench, and Dunes. The likelihood is high that the player will find the drill arm and grappling arm upgrades, both of which are essential if they intend to use this strategy to battle the reaper leviathan.

Bring the completed prawn suit to a base with a vehicle bay so that it can be modified. Attach a drill arm and a grapple arm to the prawn suit, then update the hull enforcement as necessary. Enter the suit and look for a reaper leviathan to battle after that is finished. Bring a repair tool with you because it’s nearly a given that players will need to fix their prawn suit in the middle of a battle.

The strategies for battling the reaper are quite straightforward. Use the drill arm to constantly deal damage while using the grappling arm to get near to the beast. Sounds easy enough, doesn’t it? Reapers, unfortunately, have a very high health reserve. In other words, even if the prawn suit isn’t attacked, players will still need to keep using the drill arm to attack for a while before the reaper eventually succumbs.

However, the reaper will probably be able to turn around and attack the prawn suit regardless of how the player grapples. If the player has made a few hull upgrades, the suit shouldn’t be destroyed right immediately, but players should be prepared to flee if the prawn suit is in danger.

Keep using the grapple-and-drill technique until the reaper collapses dead.

Stasis Rifle and Blade in Subnautica 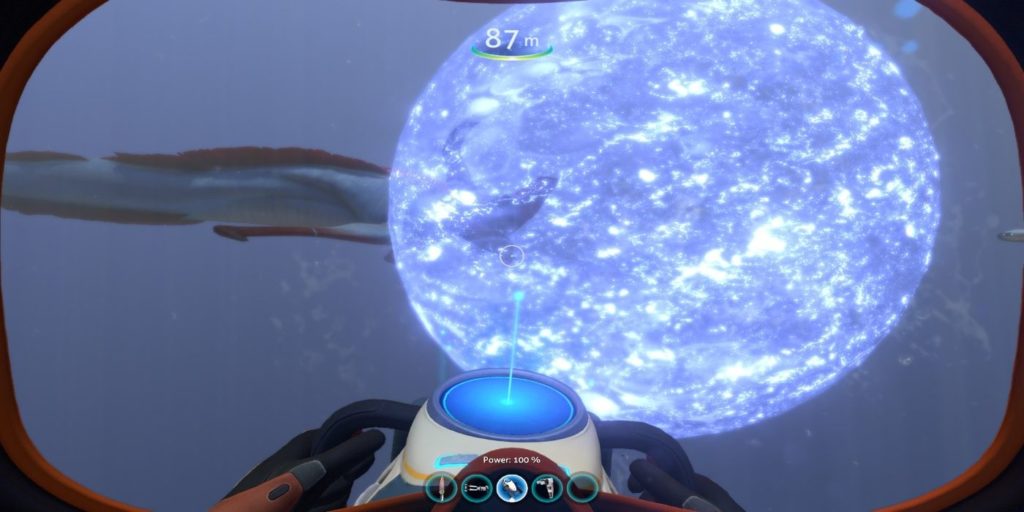 Due to its great damage output, this approach is the recommended one to defeat the reaper, but it is also the trickiest because the player must face the reaper in person. The initial step for players is to locate the stasis rifle blueprint. They can be discovered in wrecks or other debris in the Kelp Forest, Safe Shallows, and Bulb Zone. If it makes contact, this weapon will produce a kind of force field that will keep the reaper in place.

Knives are a basic weapon that players pick up quite early on, although it is advised that they improve their survival knife into a thermoblade as soon as they can to boost its damage output. Like most other sites for blueprints in this book, the upgrade station’s blueprints can be found in wrecks. Try looking in places like the Mountains, the Mushroom Forest, and the Bulb Zone.

It’s time to face the beast with a stasis rifle and a knife. Aim for the reaper’s head as you charge the stasis weapon. If this shot connects, a blueish sphere of light ought to erupt around the target’s head, stopping the reaper in its tracks. completely exposed. Players should approach the reaper’s head or front fins when it is immobile to start slicing away at its health reserve. Any other area of the reaper will remain unaffected by any attempts to assault it.

To maintain the reaper in place, players must move back and fire another modified stasis rifle shot at the head when they notice the stasis rifle bubble starting to shrink or flicker. Then continue poking at it. The intimidating leviathan should be eliminated after several minutes of cutting and slashing if players continue in this manner.