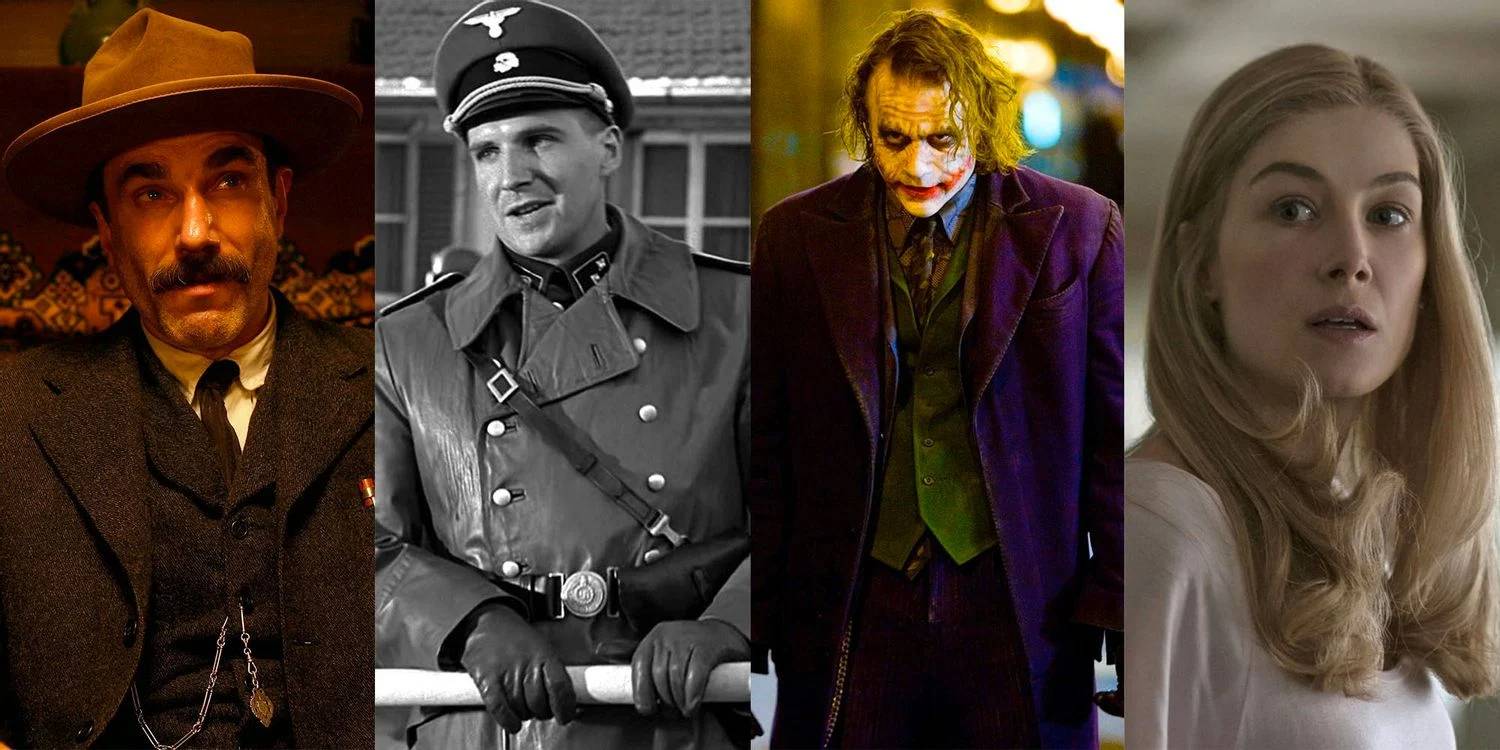 While horror films have generated a slew of famous villains who have rendered audiences speechless with terror, certain characters from other genres have perhaps been as frightening. These characters didn’t require a hockey mask and a machete to make audiences tremble with fear, from the morally corrupt to the criminally insane, the unpredictable, the all-powerful, and the simply evil.

They’re frequently the bad guys. They’re the protagonists at times. They are always the menacing presence that brings the movies they are in to horrifying new heights. These terrifying characters have tormented us since they first debuted on the screen in some of the most well-known films of all time.

It’s almost too easy to dismiss Amon Göth as the embodiment of all evil after watching Spielberg’s Holocaust epic. It doesn’t feel improper to say that, but it’s a cop-out, especially when so much of Ralph Fiennes and Steven Spielberg’s work on the character was determining how to regard him as a human person rather than a devil.

The glimmers of humanity that Göth does display are what make him so scary. While intimidatingly frightening, his confessions about his love for his Jewish maid reveal the character’s very genuine, introspective inner strife. When that is combined with overt sadism, the result is a frightening adversary we can’t begin to grasp. The actor’s portrayal of Göth was so accurate that Holocaust survivors who were invited to the shoot trembled when they saw him in costume.

The first half of Gone Girl is focused on a mysterious missing person’s case, and we are left to wonder if Nick Dunne (Ben Affleck) is as innocent as he claims or if he was involved in his wife’s odd disappearance. Then comes the twist, and all we can do is watch the rest of the movie with our mouths hanging open.

Amy (Rosamund Pike), perceptive and razor-sharp, sums up people in seconds and manipulates them by putting on a nice veneer. Amy’s meticulous scheme for retribution against her husband makes her one of the best and most dangerous female villains ever put on screen, deluded by dreams of an unattainable perfect existence stuck in the middle of a disintegrating marriage.

Anton Chigurh (Javier Bardem) is an exceedingly uncommon character who has become such a pop-culture symbol while remaining just as horrifying as when we first saw him on screen. Many believed Chigurh to be the embodiment of Death, a vicious cartel killer.

He is permanently cemented as the greatest movie psychopath due to his precise techniques, lack of conscience, and absolute indifference to murder. Bardem won an Academy Award for his faultless performance as one of cinema’s most terrifying figures.

Pan’s Labyrinth is a twisted fairy tale with plenty of visual terrors to keep audiences on edge. It flirted with horror but is more at home as a dark fantasy. Captain Vidal (Sergi López), Ofelia’s imposing stepfather and a vicious military officer with strong fascist views, is scarier than any monster in the picture.

Vidal, a nasty figure with a predilection for brutality and torture, tracks down a resistance movement hiding in the mountains and forces Ofelia and her hugely pregnant, sick mother to come in with him so he can be present at his son’s birth. The captain is a crazy sadist who loves every ounce of his authority, caring little for anything other than his duty and legacy.

Col. Hans Landa (Christoph Waltz), arguably Quentin Tarantino’s finest character, is a frightening villain capable of collecting information from anyone thanks to his brilliance and manipulative perspective. Landa’s terrifying powers are on full display in the dramatic opening scene, where he deconstructs a farmer’s psyche over the course of a simple chat, earning him the moniker “Jew Hunter.”

Landa, who has always been a calm and collected analyst, had a surprisingly violent outburst in the film. The film saw Waltz leap onto the international stage, as well as earning him his first Academy Award, while Landa was immortalized as one of cinema’s most terrifying figures.

Daniel Plainview – There Will Be Blood

Daniel Plainview (Daniel Day-Lewis) is a rags-to-riches story with a moral deterioration. He is manipulative, cunning, cold-blooded, and prepared to do anything to obtain what he wants. Plainview, an oilman who made his fortune as a miner, arrives to a little California town in search of oil, where he starts a bitter feud with Eli Sunday, a young preacher (Paul Dano).

Many consider him to be the personification of capitalism and the harshness of the American dream. He is consumed by greed and has nothing but contempt for everyone who cannot profit from him. When his adopted son loses his hearing and is unable to assist him with his business, even his strong affection for him deteriorates. With the frightful figure one of the most horrifying protagonists in mainstream film, Day-Lewis won his second Academy Award for the performance.

Frank Booth (Dennis Hopper), a sadistic thug who kidnaps a nightclub singer’s family to force her into a sexual relationship, is one of the most brazenly confrontational and repulsive characters ever presented on screen. When the horrible psychological nature of his fetishes is disclosed, he becomes a really vile villain whose repulsiveness rises to new heights.

Critics praised Hopper’s performance as an unflinching portrayal of pure evil, propelling David Lynch’s strange thriller to horrifying depths few filmmakers dare to explore. Anyone who has seen the movie will have an uneasy memory of the gas-sucking villain – and his terrifying personalities.

HAL-9000 (voiced by Douglas Rain), the machine that gave all androids a bad name, is the robotic system control unit aboard the Discovery One in Stanley Kubrick’s classic sci-fi film 2001: A Space Odyssey. HAL-9000, known for its deadly plot, becomes homicidal when it learns that the astronauts intend to shut down the system owing to proof of a malfunction.

Nurse Ratched – Once Flew Over the Cuckoo’s Nest

Louise Fletcher won an Oscar for her portrayal of the despicable Nurse Ratched in the 1975 classic One Flew Over the Cuckoo’s Nest. She rules with an iron fist over the patients on the psychiatric ward and will not be challenged by anyone, least of all a charismatic new patient.

Nurse Ratched is seen to represent unforgiving authority and how it clashes with the individualism of the regular Joe, as portrayed by Randall Patrick McMurphy (Jack Nicholson). Her chilly personality, along with the extreme steps she is willing to take to maintain order and regularity, make her a hateful and terrifying character.

The Joker – The Dark Knight

Heath Ledger’s portrayal has lost some of its shock value due to its enormous popularity and saturation, but his famous adversary remains terrifying. The Joker, an anarchistic terrorist who wants to prove that anyone can be as terrible as him, was vital in making Christopher Nolan’s film the colossal success that it is today.

The Joker is a deadly madman who torments the city – and the spectators – with his unpredictability, rising from nothing to bring Batman (Christian Bale) and Gotham City to breaking point. Ledger’s legendary performance earned him a posthumous Academy Award and established a standard for heroic villains that has yet to be surpassed.