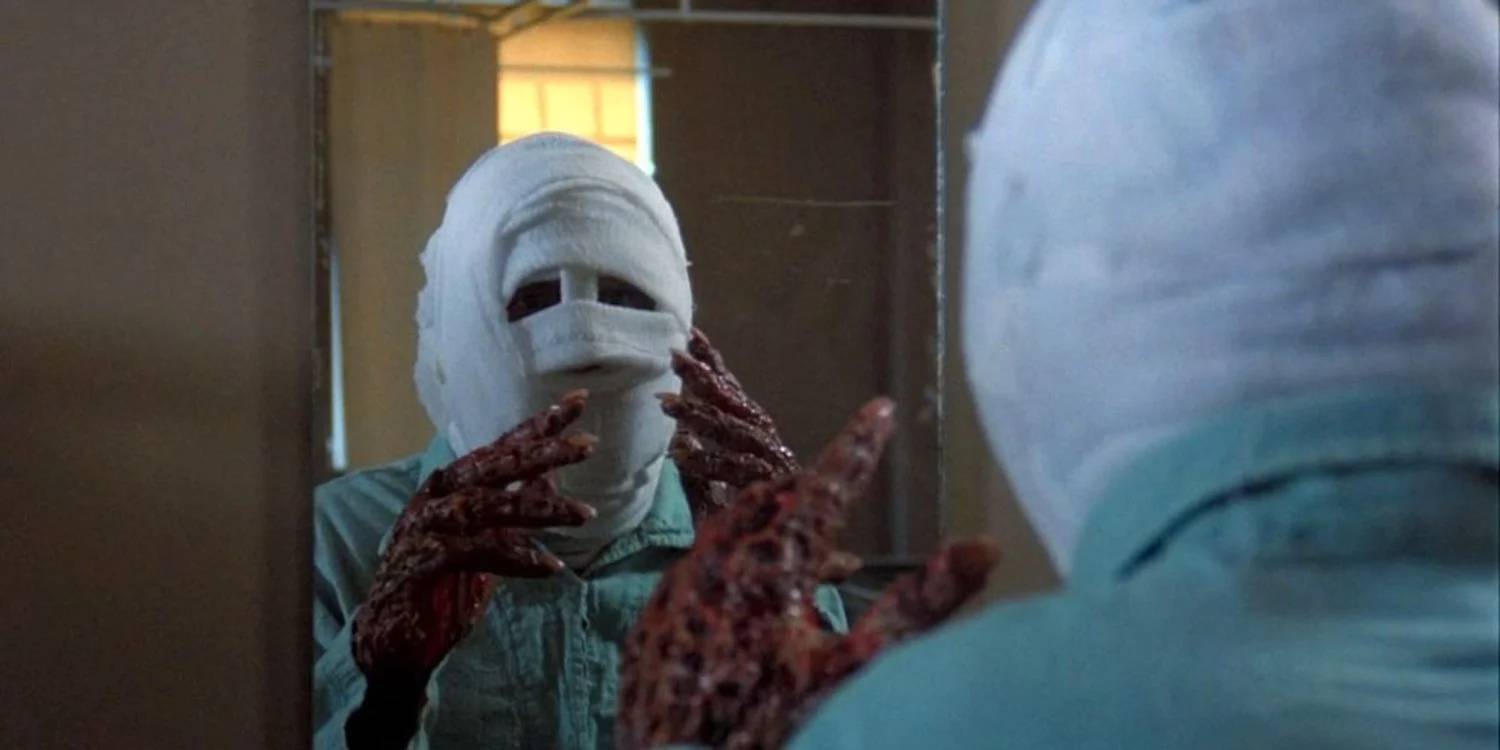 The horror genre has evolved significantly in the twenty-first century film industry. The horror remake is a topic that is frequently discussed. Slasher icons like Jason Vorhees and Freddy Kruger have been recreated for a modern audience, while classics like Dawn of the Dead have also been reworked for a new generation’s amusement.

Some criticize the remakes, claiming that they demonstrate that there are no new ideas available to create credible scares. However, there are only a few twentieth-century horror films that deserve to be revived in the twenty-first century. Many have already done so, but there are still many more who deserve a second opportunity. 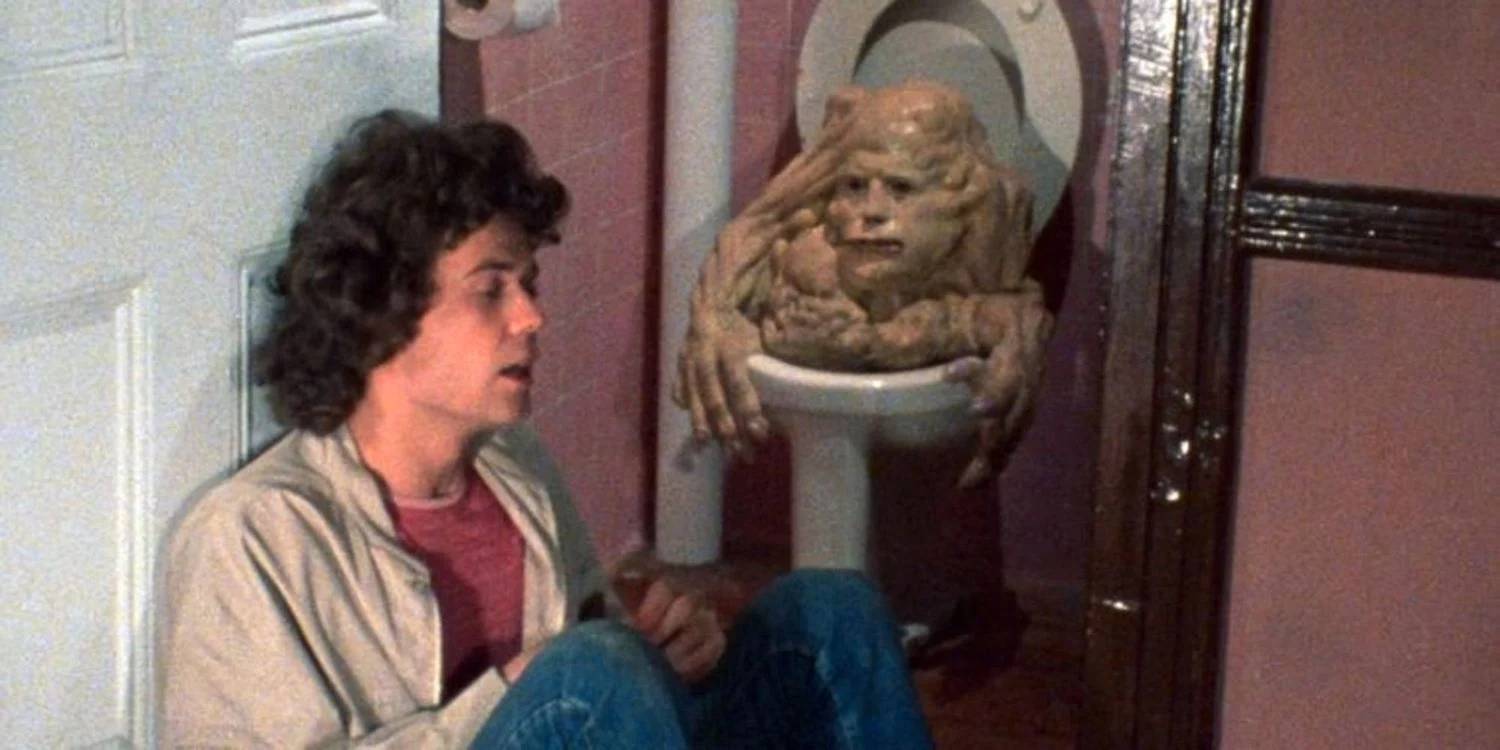 This 1982 horror film was so popular that it spawned two sequels in the 1980s and early 1990s. The first film follows previously conjoined twin brothers Duane (a normal person) and Belial (a monstrous mass-like thing) as they travel to New York City to find and kill the doctors who separated them.

Because horror fans like Belial, a 21st-century remake is likely to focus more on him. As long as any new film takes the effort to develop a realistic Belial rather than depending on CGI, nightmares could be generated for a new generation of viewers.

Happy Birthday to Me 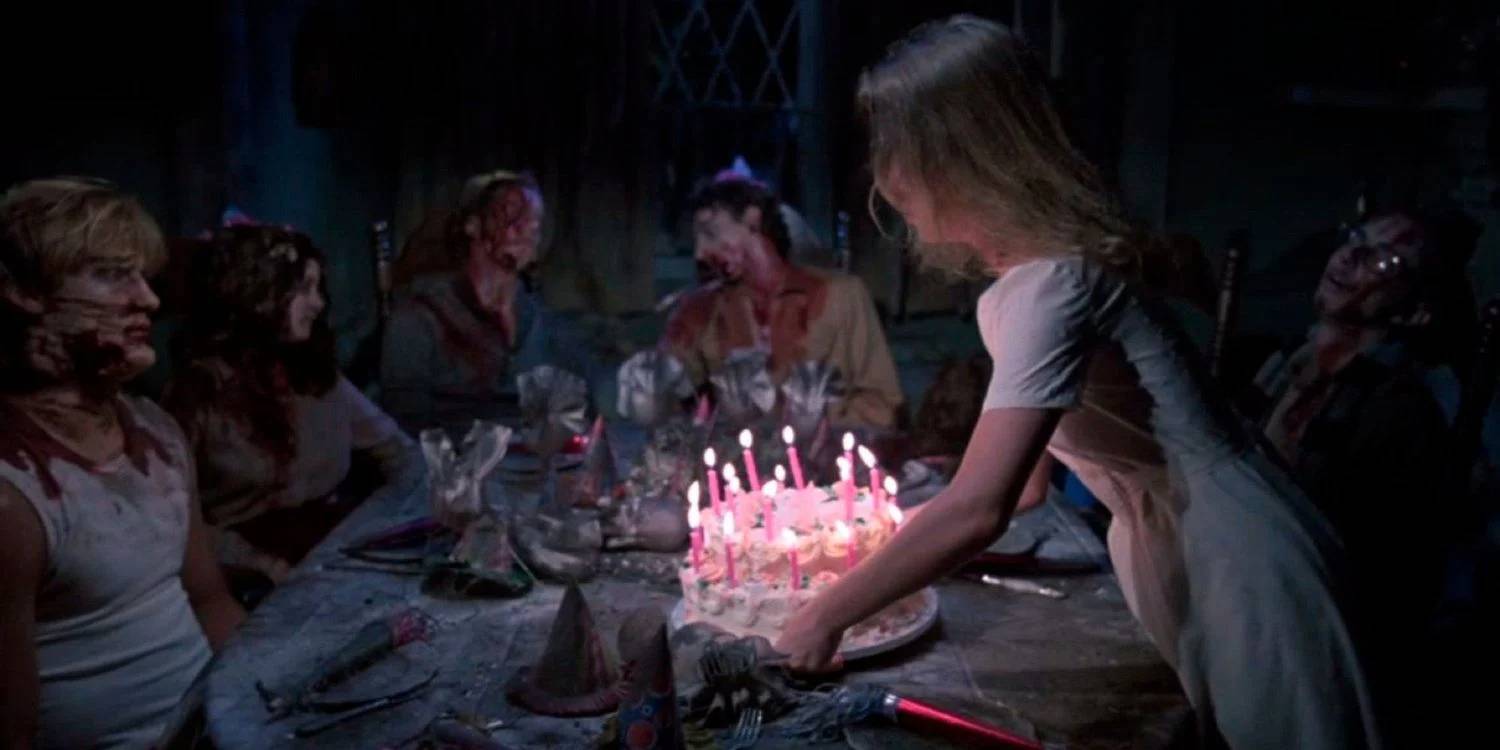 The film centres around final girl Ginny, who is a member of an elite group of popular high school students known as the ‘Top Ten,’ and is a very poorly received early-80s slasher. Ginny’s friends are murdered one by one, and she begins to suspect that she has been killing them while in a trance.

Despite its lack of critical acclaim, this film has since been praised for its inventive killings and plot twists. In addition, having a 21st-century film continue the idea of the final girl believing she is the killer would be a welcome contrast from the superhuman slasher villains who are more commonly seen on screen. 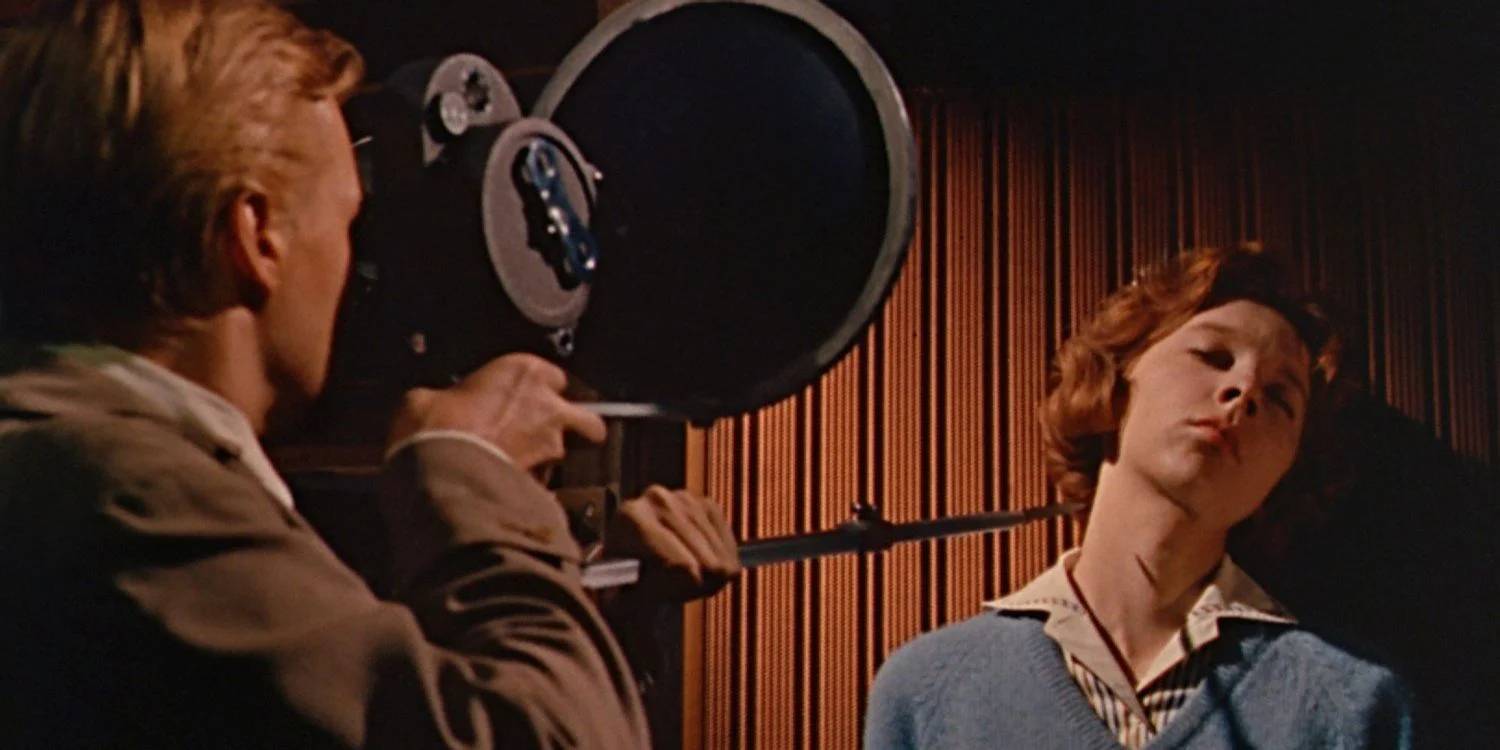 This British psychological horror film, released in 1960, stars Mark, an aspiring filmmaker who is fascinated with photographing his victims’ features in the moment of death. This is due to Mark’s psychiatrist father, who used him as a test subject when he was a child to assess his fear response in various scenarios.

Peeping Tom is considered an early precursor to the current slasher film due to its story of a single killer pursuing and killing young women, which is why it would be perfect for a remake in the twenty-first century. Knowing who the killer is from the start would make for an interesting character study. There are many alternatives for how the killings could be recorded, given how compact cameras are currently (i.e. spy camera). 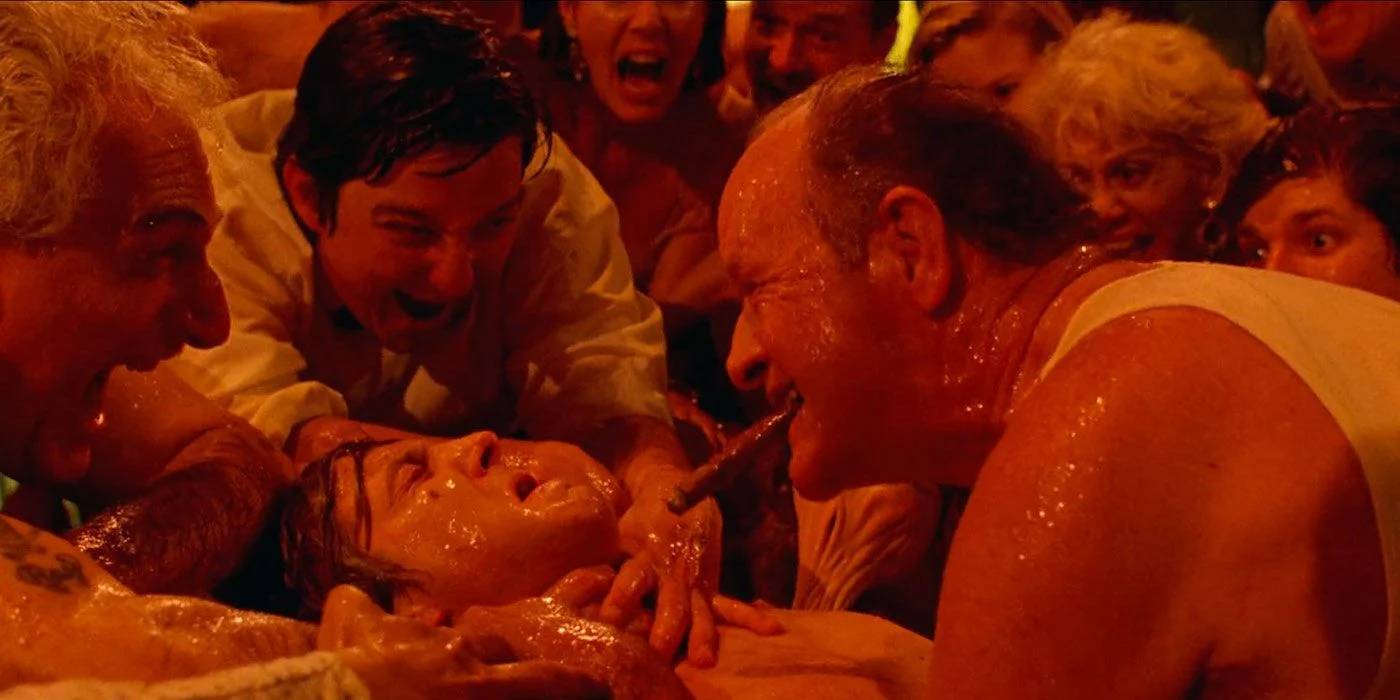 This popular body horror film from the late 1980s stars Brian Yuzna as Beverly Hills kid Bill Whitney, who becomes increasingly skeptical of his high-society family’s secrets. Those who try to assist him in his quest for the truth end up dying in mysterious circumstances.

Empire claimed in 2013 that a sequel to this film was in the works, but it has yet to be released. Given the passage of time, a remake might be a better option. With a critical eye recently trained on the super-rich, as well as the opportunity to incorporate social media into the mix, a remake may give this great picture a new lease on life. 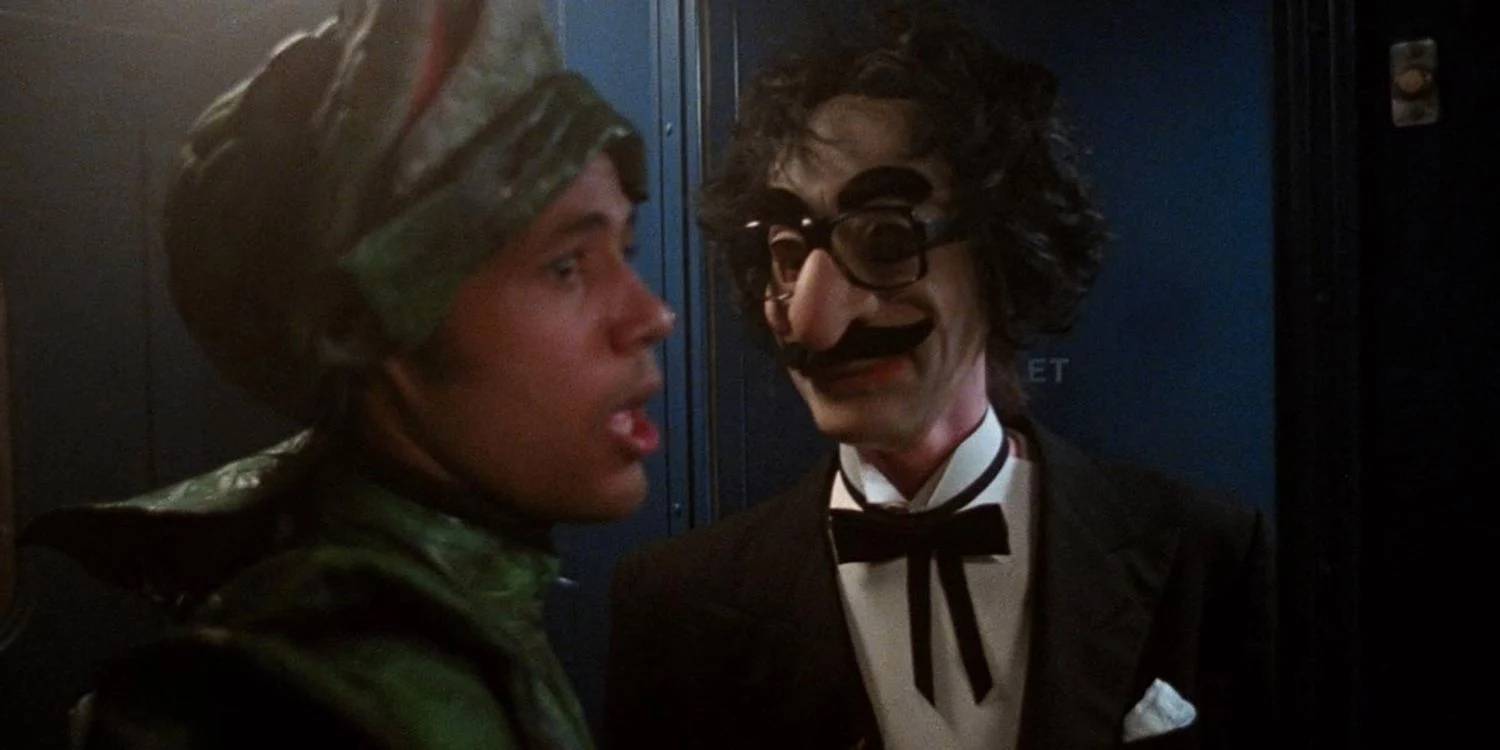 This 1980 slasher, starring scream queen Jamie Lee Curtis, is arguably one of the lesser-known horror films in which a group of college students board a train for a New Year’s Eve celebration. On the train, however, is a masked killer with lethal intentions, who may be seeking vengeance for a three-year-old prank on a fraternity pledge.

A remake of Terror Train would only add to the growing list of outstanding horror films set in a single place in the twenty-first century. When a furious killer is closing in on you on a moving train, there aren’t many places to hide, therefore any remake will be able to maximize claustrophobia and shadows for maximum fear.

The Cabinet of Dr. Caligari 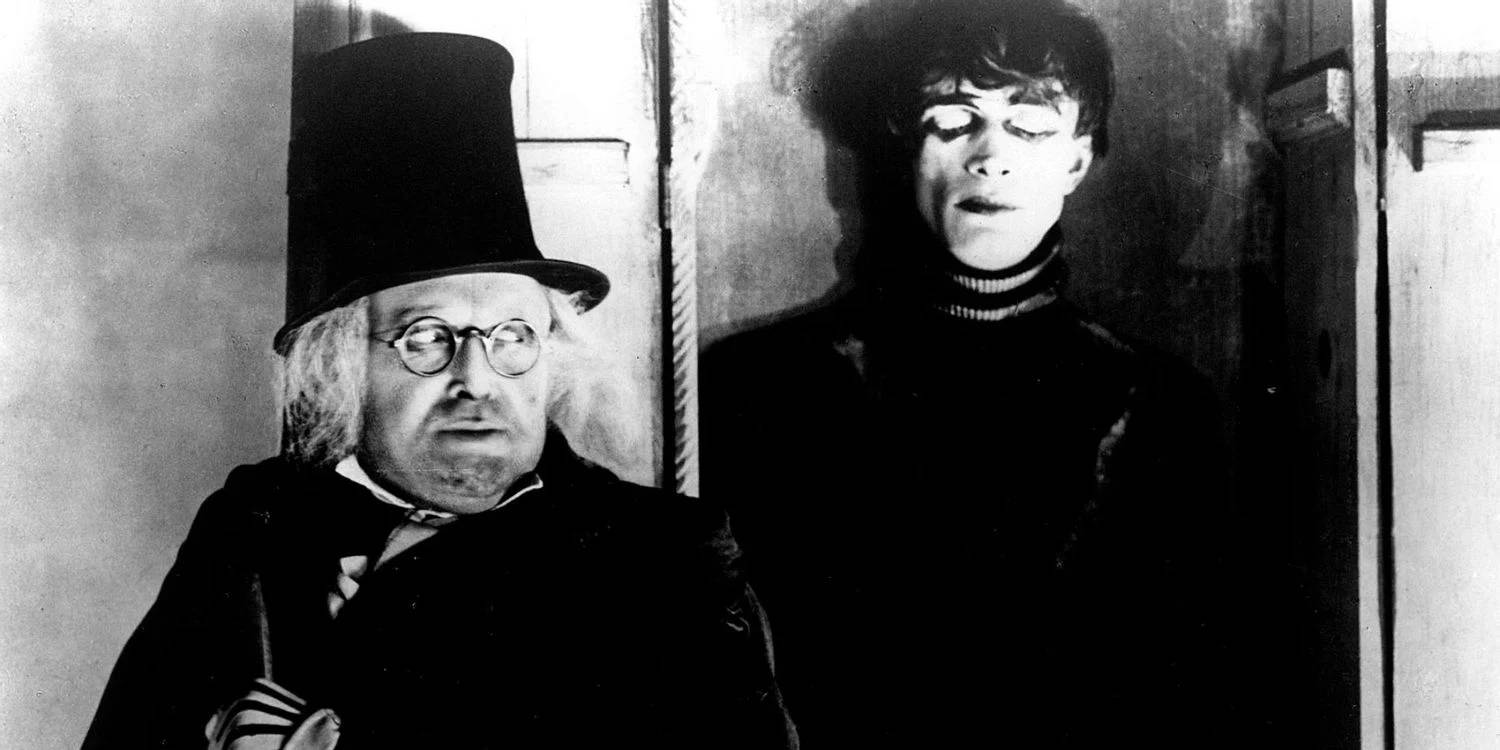 This 1920 black-and-white silent film, which influenced modern filmmaker Tim Burton and many other horror auteurs, yet managed to provide a significant degree of fright for its audience. The film portrays the story of a sleepwalker who is hypnotized and forced to kill by a crazy hypnotist.

Despite being nearly a century old, the sets and mood created by this film will stay with audiences long after they have seen it. Because of this, it has the potential to be a fantastic remake. A remake may generate an absurdist, fever dream of a picture that could deliver dread to the big screen once more by incorporating the simplest of technology breakthroughs (i.e. sound, color). 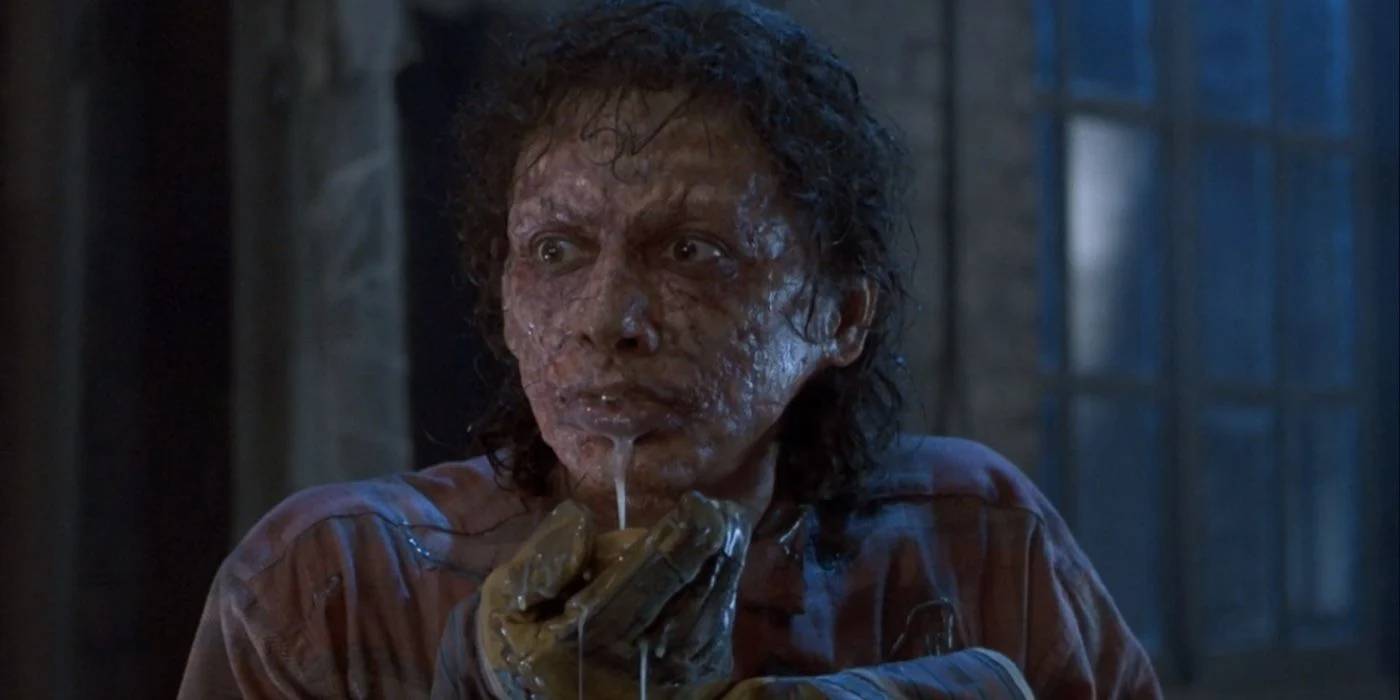 This 1986 science fiction horror film starring Jeff Goldblum and Geena Davis is a David Cronenberg classic. Goldblum plays a scientist who invents two teleportation pods. The scientist tries to transfer himself after successfully programming it to move organic material. When a fly enters the teleporter at the same moment as the scientist, the two sets of DNA mix, causing the scientist to slowly morph without his will.

Though some may argue that a classic like The Fly does not require remaking, the 1986 version was a remake of the 1958 picture, with both films being based on a short tale. In addition, Cronenberg had scripted a sequel to the film that was never made. The interest is there, and anything is conceivable if the original author is in charge.

This science fiction horror film from the late 1970s depicts the story of an astronaut who survives a radiation bomb that kills his other crew members. When he returns to Earth, however, he quickly realizes that his body is melting and that the only way to stop the curse is to consume human flesh.

Given the success of the similar The Invisible Man in 2020, it’s evident that The Incredible Melting Man is ripe for a remake in the twenty-first century. The 1977 version included amazing special effects that transformed the titular melting man into a truly horrifying image, and a current remake might accomplish the same. Perhaps a man-made trigger will be used to shift the emphasis away from space and toward the world around us. 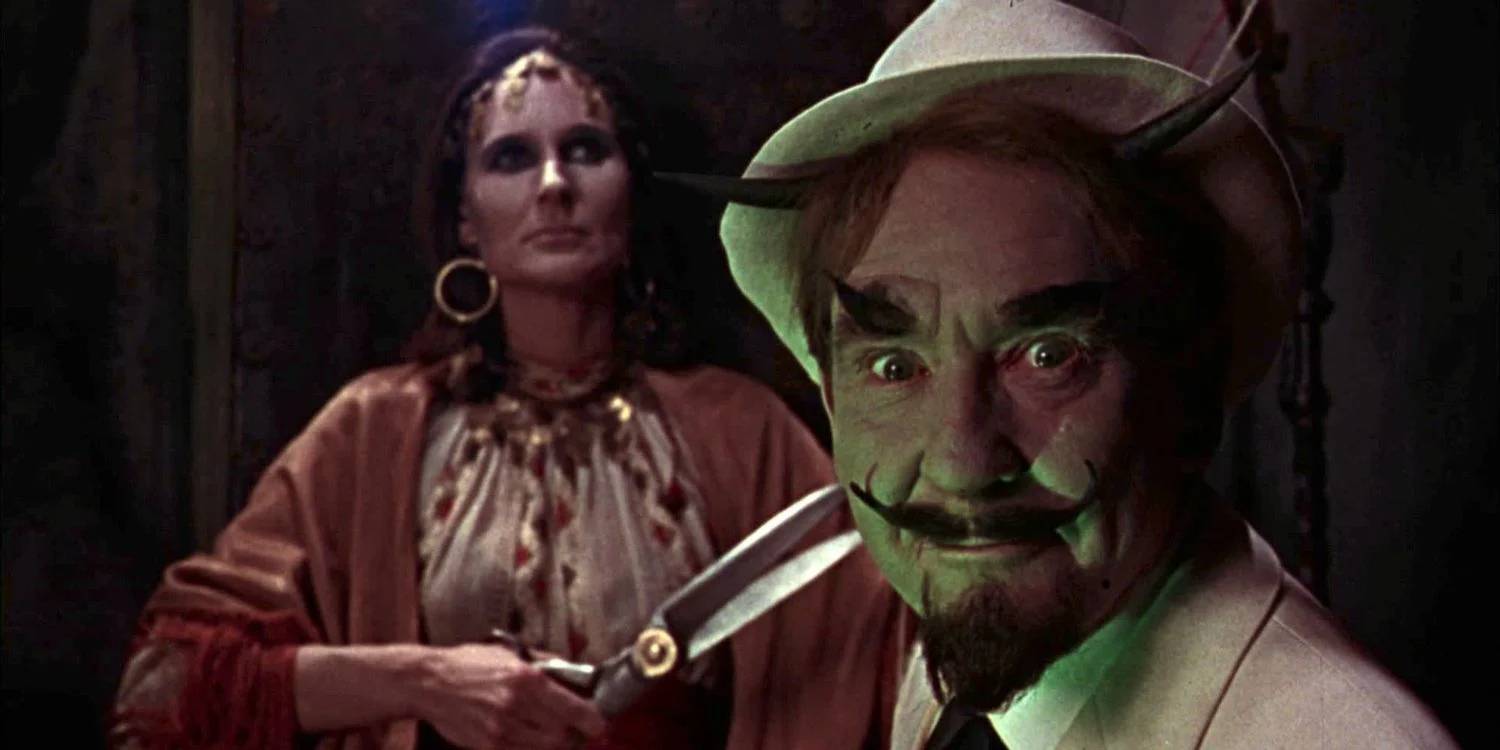 This strange horror film from 1967 depicts a group of pals who are attending a fair and are presented with a series of destiny. The first four sections are an anthology of horror stories, with the fifth serving as a film’s epilogue.

In recent years, there have been a few of successful horror anthologies (see 2019’s The Mortuary Collection), so a remake of this 1960s film would be appreciated. It has a classic fairground backdrop, and its framing device, a fairground sideshow, is distinctive enough to stand out.

Village of the Damned 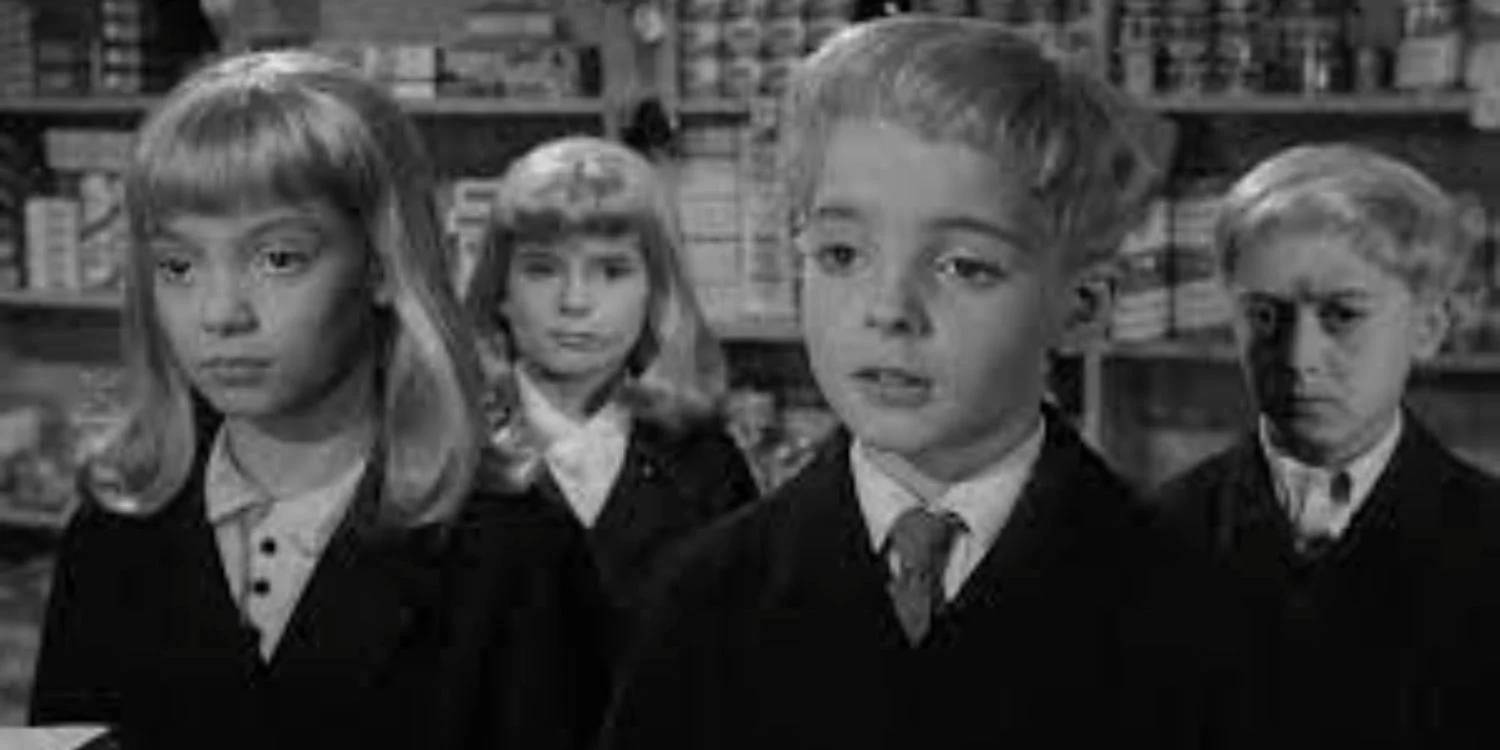 This 1960 black-and-white horror film follows the residents of a tiny British village who all fall asleep for a brief time one day. This causes all women of childbearing age to become pregnant, and all of them to give birth to platinum blonde offspring who are incredibly intelligent but lack feeling.

Based on a novel, this picture was followed by a 1964 sequel and a 1995 remake, both of which garnered mixed reviews. As a result, a 21st-century remake has the ability to do what the others have failed to do: create a film worthy of its 1960 predecessor. These creepy kids have such an iconically unsettling face that it would be difficult not to be terrified of them in a horror film.