South Korean writer-director Dong-hyuk Hwang created ‘Squid Game,’ a survival game action-adventure series, based on the comics. It shows 456 people playing a variety of children’s games. Each of these games, however, has a terrible twist. The game’s final victor will receive $45.6 billion (US$38.5 million). The story follows ordinary people who are so troubled by their lives that they willingly participate in a deadly series of games.

If you enjoyed ‘Squid Game’ and want to see more shows like it, we have the perfect list of suggestions for you. Most of these related shows to ‘Squid Game’ may be found on Netflix, Hulu, Amazon Prime, Crunchyroll, or Funimation.

This excellent Netflix Brazilian comedy, created by Pedro Aguilera, takes place in a dystopian future where people grow up in the poor “Inland.” When they reach the age of 20, they must compete against one another for the opportunity to live offshore. Only 3% of people appear to be successful in this quest. The remainder of them perish in one manner or another. Both ‘Squid Game’ and ‘3 percent’ spend a substantial portion of their stories to demonstrating how corruption, greed, and a sense of privilege can drive people to commit atrocities.

‘Alice in Borderland’ is a Japanese Netflix show based on Haro Aso’s manga series. The protagonist, Ryhei Arisu, and his two pals wake up in a deserted version of Tokyo, where they are compelled to play a variety of games, the nature and complexity of which are determined by playing cards. Following the loss of his buddies. Ryhei teams up with Yuzuha Usagi, a girl who has spent her entire life mountain climbing. The game’s designer is shrouded in mystery in both ‘Squid Game’ and ‘Alice in Borderland.’

‘Darwin’s Game,’ the second anime on the list, is based on a FLIPFLOPs manga series. It follows Kaname Sudou, a high school sophomore who begins playing the eponymous smartphone game without realizing that his existence is dependent on his ability to play. Each participant has a symbol that bestows specific abilities on them. Both ‘Darwin’s Game’ and ‘Squid Game’ are based on similar concepts, and the protagonists in both shows acquire a profound loathing for the respective gamemaster.

‘Liar Game,’ based on Shinobu Kaitani’s Japanese manga series, is a South Korean show about a young woman named Nan Do Chon (alternatively Nam Da Jung), who becomes involved in an eponymous reality show in which contestants compete in a psychological survival game for a chance to win ten billion wong (US$8.4 million).

Nan Do Chon enlists the help of Cha Woo Jin, a clever convicted fraudster with the odd ability to determine whether someone is lying to him, in order to gain an advantage. The themes in ‘Squid Game’ and ‘Liar Game’ are similar. To obtain the reward money, the protagonists in both shows must compete in a survival game. 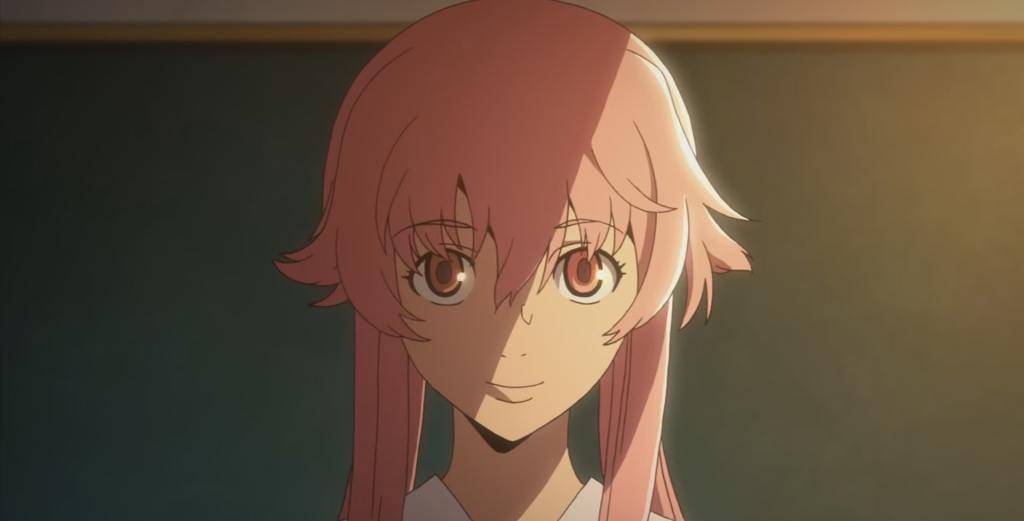 ‘Mirai Nikki’ or ‘The Future Diary,’ based on a manga series written and illustrated by Sakae Esuno, is a survival game anime about 12 people trapped in a deadly game to become the next God of Time and Space and stop the apocalypse. The game was developed by Deus Ex Machina, the present God of Time and Space, who turned the participants’ phones into Future Diaries. Each of these diaries bestows a special skill on the player who holds it.
Yukiteru Amano, for example, can use his diary to predict what will happen in the next 90 days. Esuno’s original manga series is incredibly popular, and it’s likely that one of the comics that inspired ‘Squid Game’ was Esuno’s original manga series. Both shows deal with the premise that if given the right opportunity, regular people will let their inner demons out.

‘Sweet Home,’ a South Korean fantasy horror action-adventure series on Netflix, is based on Young-chan Hwang’s webtoon of the same name. It portrays the narrative of tenants of an apartment complex who band together to battle the apocalypse as monsters take over the globe. Hyun-Su Cha, a depressed and suicidal young man, enters into the apartment complex after a horrific event. Hyun-su must do everything he can to protect himself and his neighbors when monsters emerge. While delivering generic storylines, both ‘Sweet Home’ and ‘Squid Game’ examine psychological themes.

‘The Purge’ is an anthology television series on USA Network that is based on the same-named anthology franchise. The story is set in an alternate version of the United States, governed by an authoritarian regime. It started the annual event of the same name, which lets residents to break any law they want for eight hours with no repercussions from the government. ‘The Purge,’ like ‘Squid Game,’ makes a social and economic critique while entertaining its audience with action and horror.

How Much Does Naked and Afraid Participants Get Paid? How Much Do They Make?