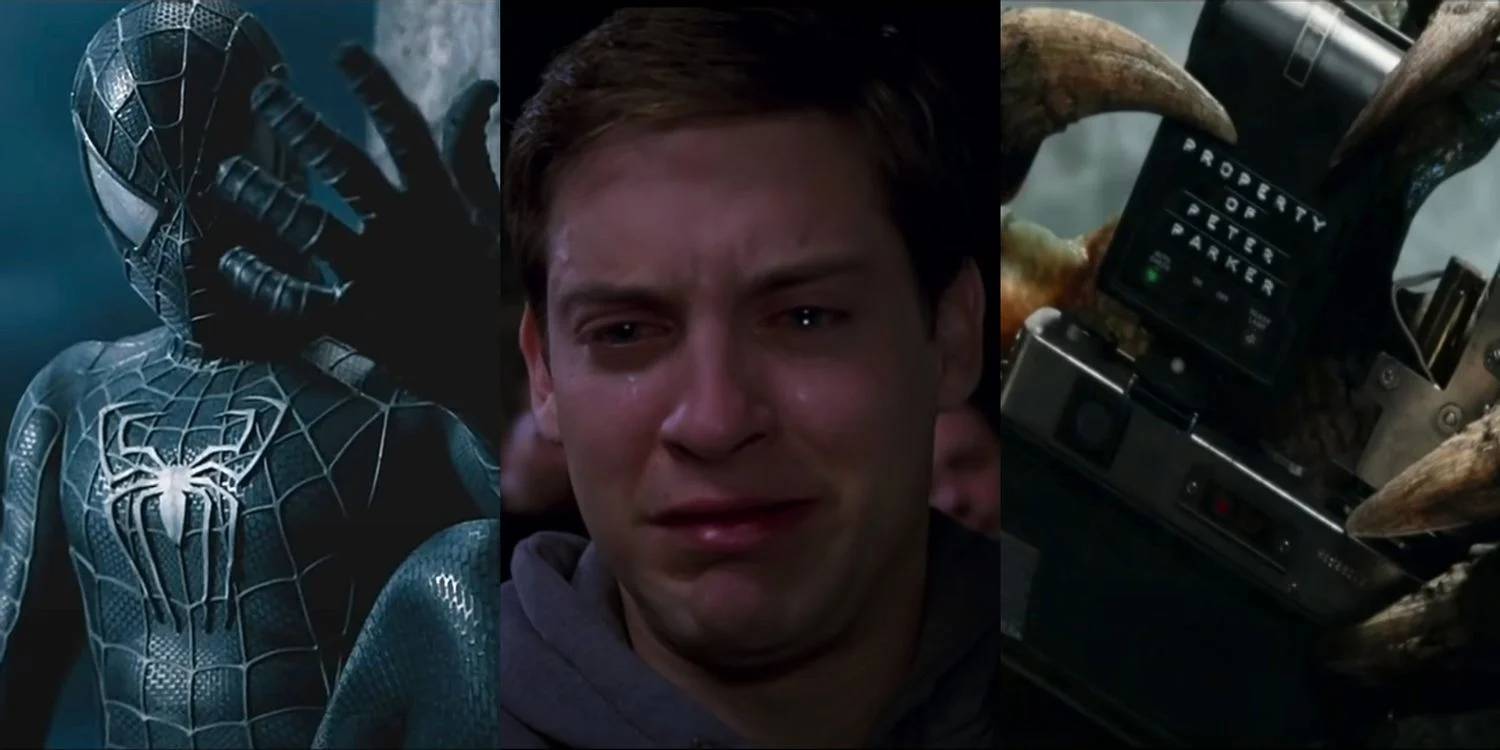 We all know, Peter Parker must combine his crime-fighting life with his social life and day-to-day struggles with his profession as he gains and hones superhuman powers. He is neither wealthy nor indestructible; he is simply a hardworking man attempting to navigate the world.

No matter how pure or well-intentioned, all superheroes have horrific flaws and terrible flaws. Unfortunately for Spider-Man, he hasn’t always made the best decisions and has had to deal with the consequences. Some of these blunders have resulted in devastating disasters for Spider-Man in various forms, forcing him to bear the brunt of the blame. 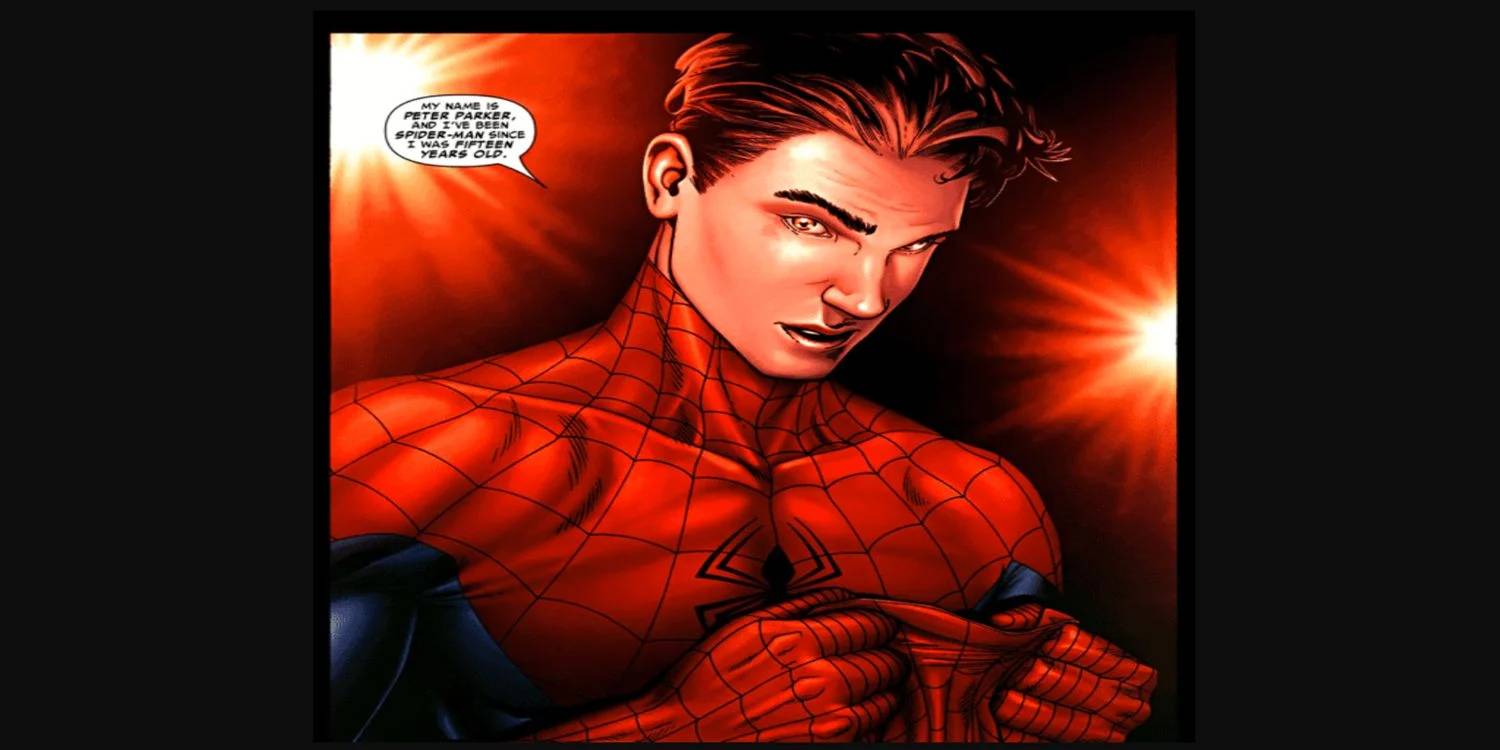 In the comic version of Civil War, Spider-Man reveals his true identity, much like Tony Stark did when he revealed he was Iron Man. The problem is that now the city’s baddies know just where to attack him. His house is attacked, and Aunt May is shot, when he is at home with Aunt May and MJ. To save her, MJ and Peter make a bargain with Mephisto, Marvel’s version of the devil, to break their marriage and history together. 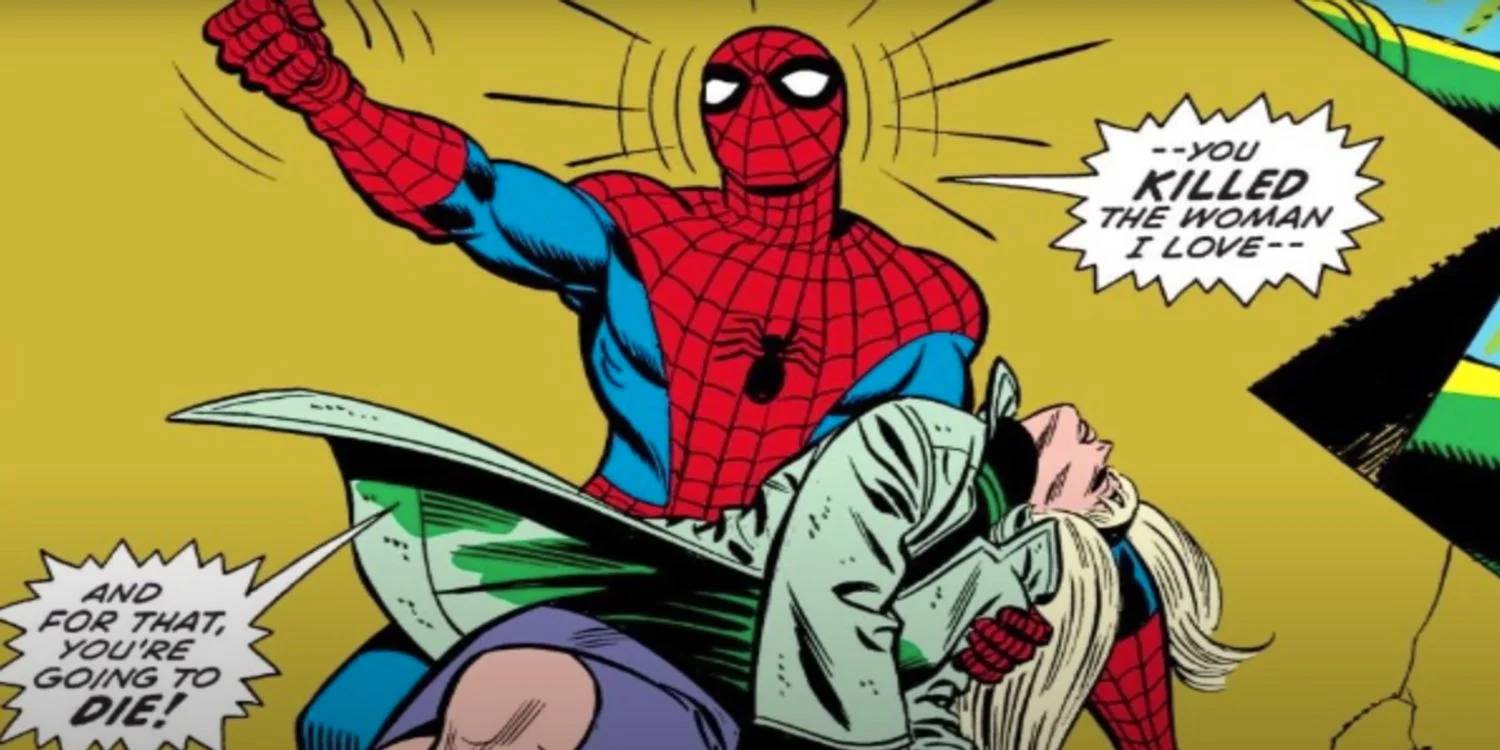 The death of Gwen Stacy is one of the most contentious issues in Spider-Man comics. Spider-Man goes to help her when the Green Goblin drags her to the top of a bridge. Gwen is saved at first, and he holds her comatose body in his arms. The Goblin, on the other hand, isn’t finished yet. On his glider, he flies in and knocks her out of his grasp. Spider-Man shoots a web to capture her as she falls. It connects, but the quick stop causes whiplash, which breaks her neck.

The debate begins with some claiming that Spider-Man was not to blame, and that she died of natural reasons such as poisoning. Others, on the other hand, claim that his web killed her, despite the fact that it was an accident. He might have been able to save her in another way. In any case, Peter will lose the lady he loves. 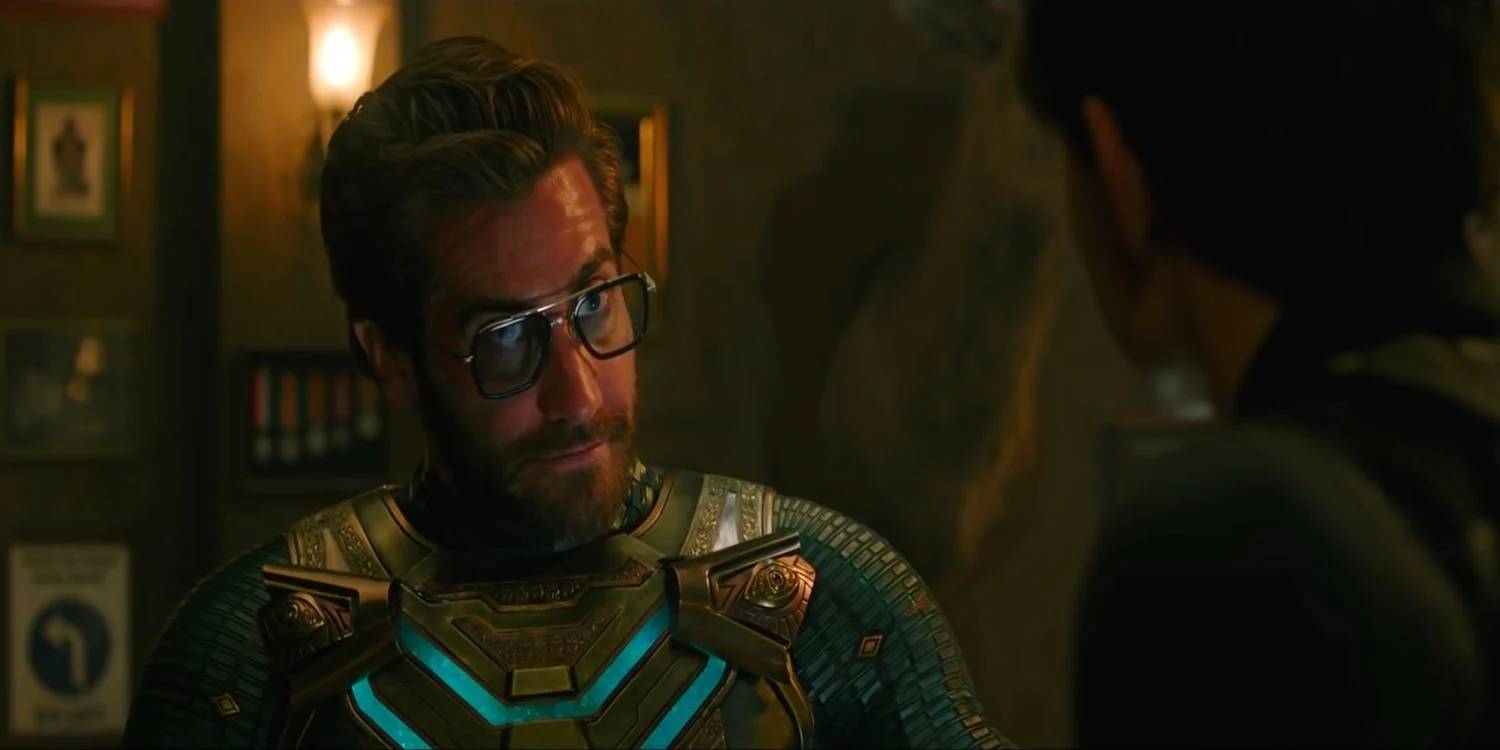 Peter is having a hard time adjusting to life following Tony Stark’s death. When he is given access to EDITH, Stark’s artificial intelligence meant to handle Stark Industries’ security and defense, things get even more tricky. He offers it to Mysterio (Jake Gyllenhaal), a man dressed as a superhero, because he feels unworthy and unprepared. It is then revealed that it was all a ruse, and that he had duped Spider-Man into handing over such a lethal weapon.

Although Spider-Man had good intentions, Mysterio, a master of deceit and illusion, eventually misled him. He handed this dangerous man command of a formidable defense system, putting hundreds of lives in jeopardy. 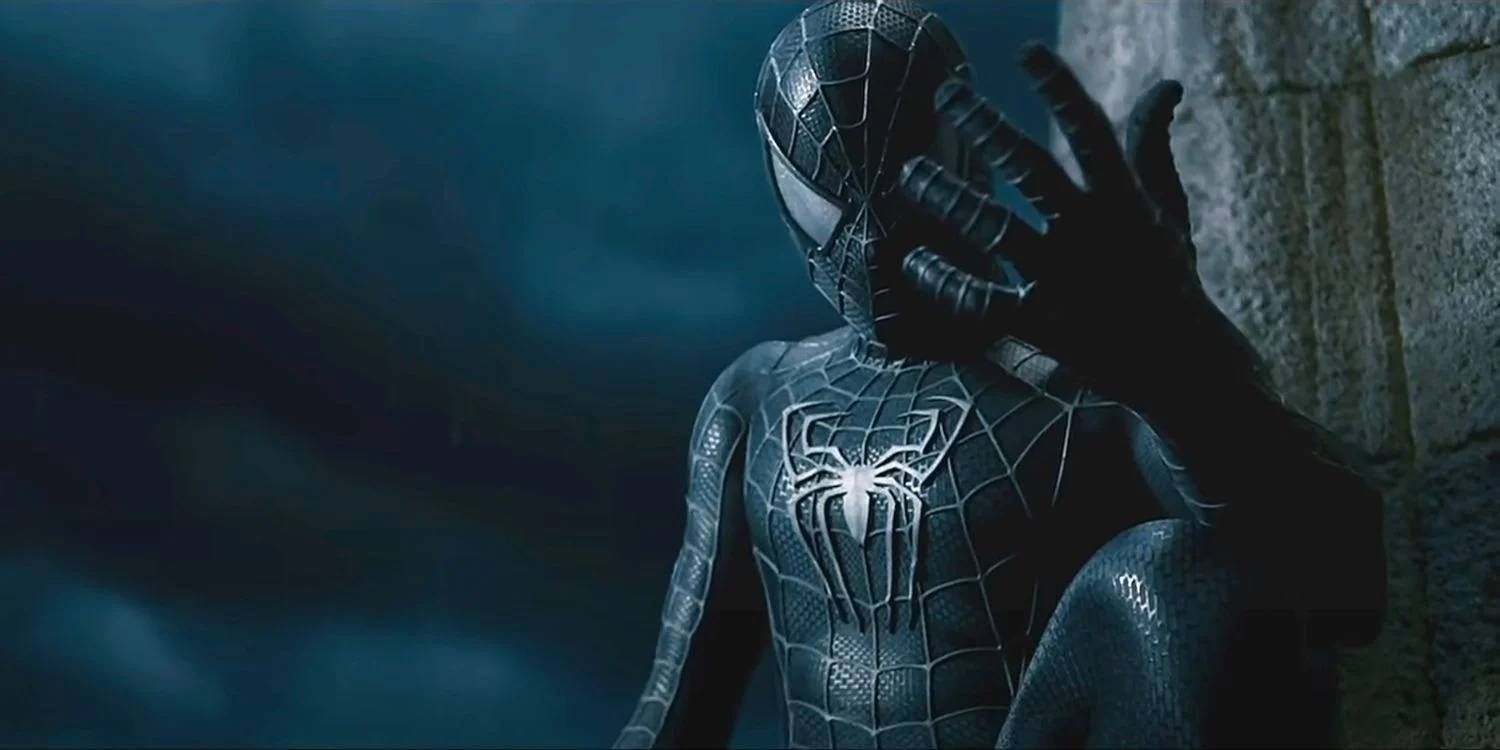 A symbiote (a parasitic, alien creature) attaches itself to Peter while he sleeps. He awakens in a black suit on the side of a skyscraper, with enhanced skills. He defeats Sandman with a vengeance and decides to keep the costume. Spider-talents Man’s are enhanced, but he becomes more violent as a result. Harry Osborn, a childhood buddy, is insulted, attacked, and nearly killed by him. He even slaps Mary Jane, which persuades him to break free from the symbiote.

He won’t be able to dance and finger-gun his way out of this. Removing the outfit is a difficult task that drains Peter’s energy. He is able to get rid of it, but the damage has already been done. He has shattered friendships and a shattered relationship with the love of his life. The symbiote also took on Spider-abilities, Man’s giving birth to Venom, a formidable foe. 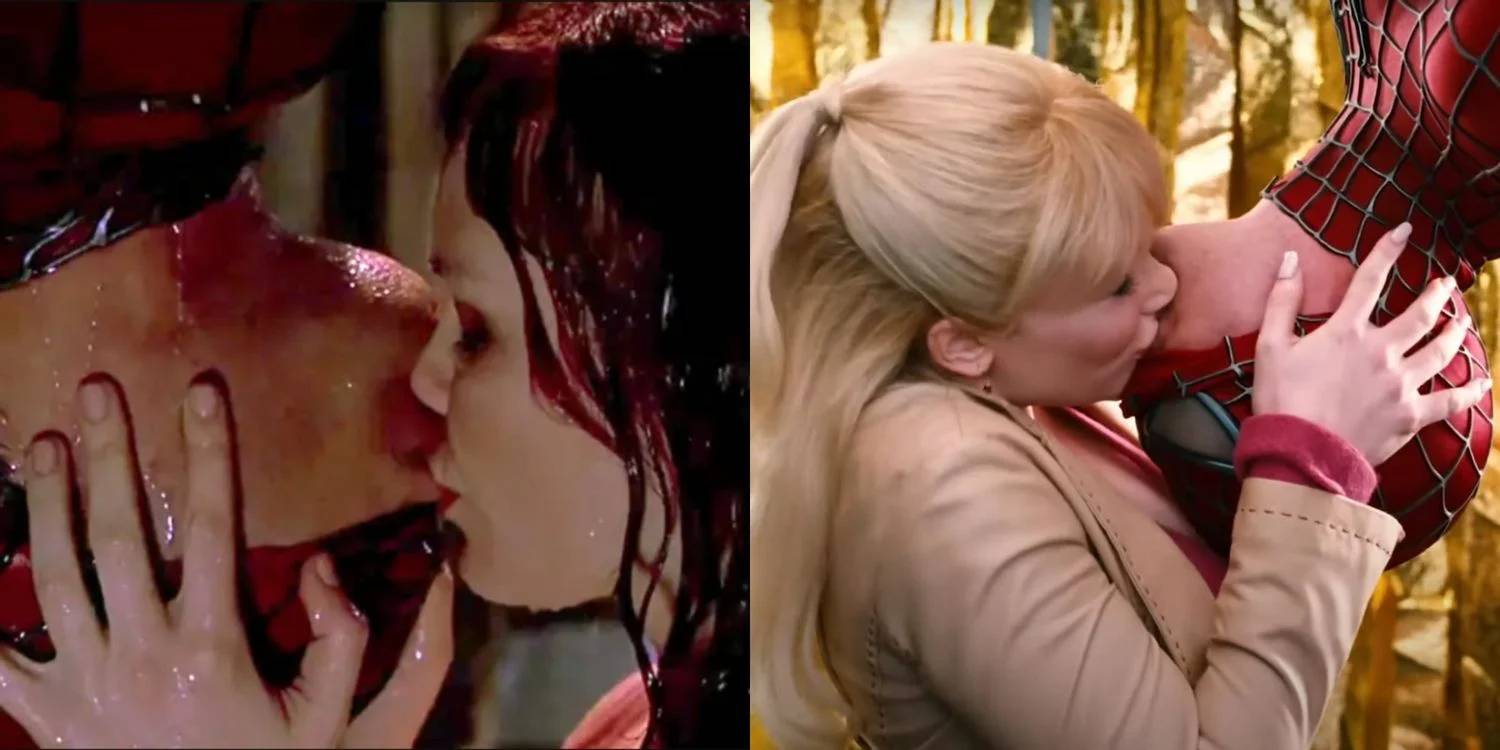 Spider-Man rappels upside down to the stage directly next to Gwen Stacy (Bryce Dallas Howard) during a ceremony where he will be honored for saving her life. He advises her to go ahead and kiss after hearing some cries from the crowd. They reenact his kiss with MJ (Kirsten Dunst) in the first film in the trilogy. This would take place while MJ was present.

This was not the ideal decision because he was planning to propose to MJ shortly after. The upside-down kiss was MJ and Peter’s first kiss, and it was not just unique and innovative, but also special. This blunder would not go unnoticed, and it would lead to a rift in their relationship.

He approaches Doctor Strange with a scheme to make the entire world forget who he was (Benedict Cumberbatch). Peter pauses the magic numerous times with new changes after it begins, but the spell quickly spirals out of control. Doctor Strange was able to control it, but terrible fiends from other dimensions were able to enter.

MJ conveys Peter’s message that he shouldn’t have organized this on his own. The strategy was rushed, which only made things worse when there were delays. The criminals who crossed over harmed individuals, and reality was in jeopardy. This may have been avoided with a little more forethought. 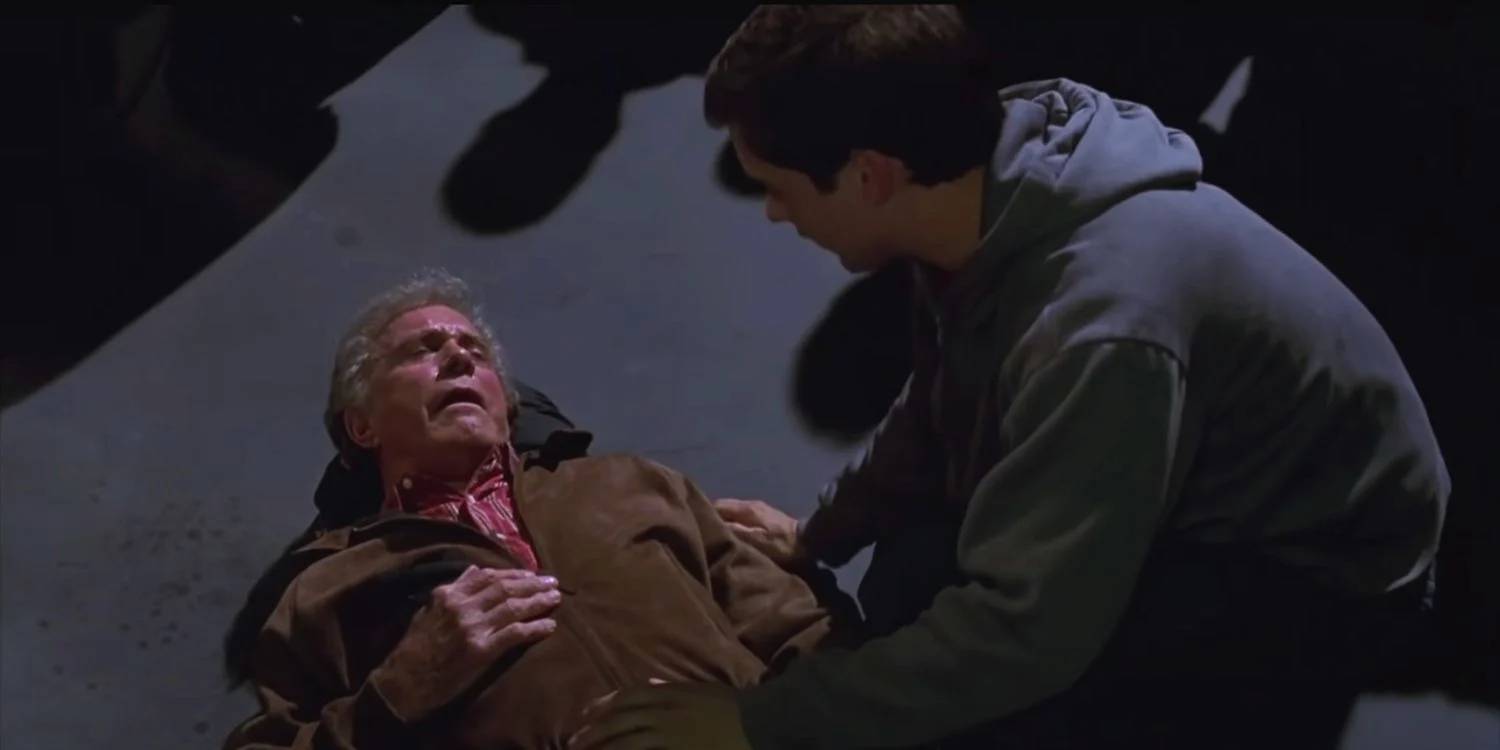 Peter (Tobey MacGuire) from the Sam Raimi Spiderman trilogy is awarded less money than was offered after unexpectedly winning a cage match. Peter runs out of the office, feeling betrayed and enraged. A man robs the promoter as he exits and sprints to the exit. Peter has the opportunity to stop him, but instead chooses to let him pass, allowing him to flee into the night. Later, he discovers that the same assailant had killed his Uncle Ben. Peter stands helplessly by while his uncle dies a needless death.

This is an even worse mistake for Spider-Man because it would have been a relatively simple stop, allowing him to avert possibly the most horrific occurrence he has ever witnessed. Nonetheless, his pride and rage got the best of him. Losing his surrogate father, Uncle Ben (Cliff Robertson), in such an avoidable occurrence would affect him for the rest of his life. To add insult to injury, he had belittled Uncle Ben the previous time they spoke, no doubt exacerbating his guilt. 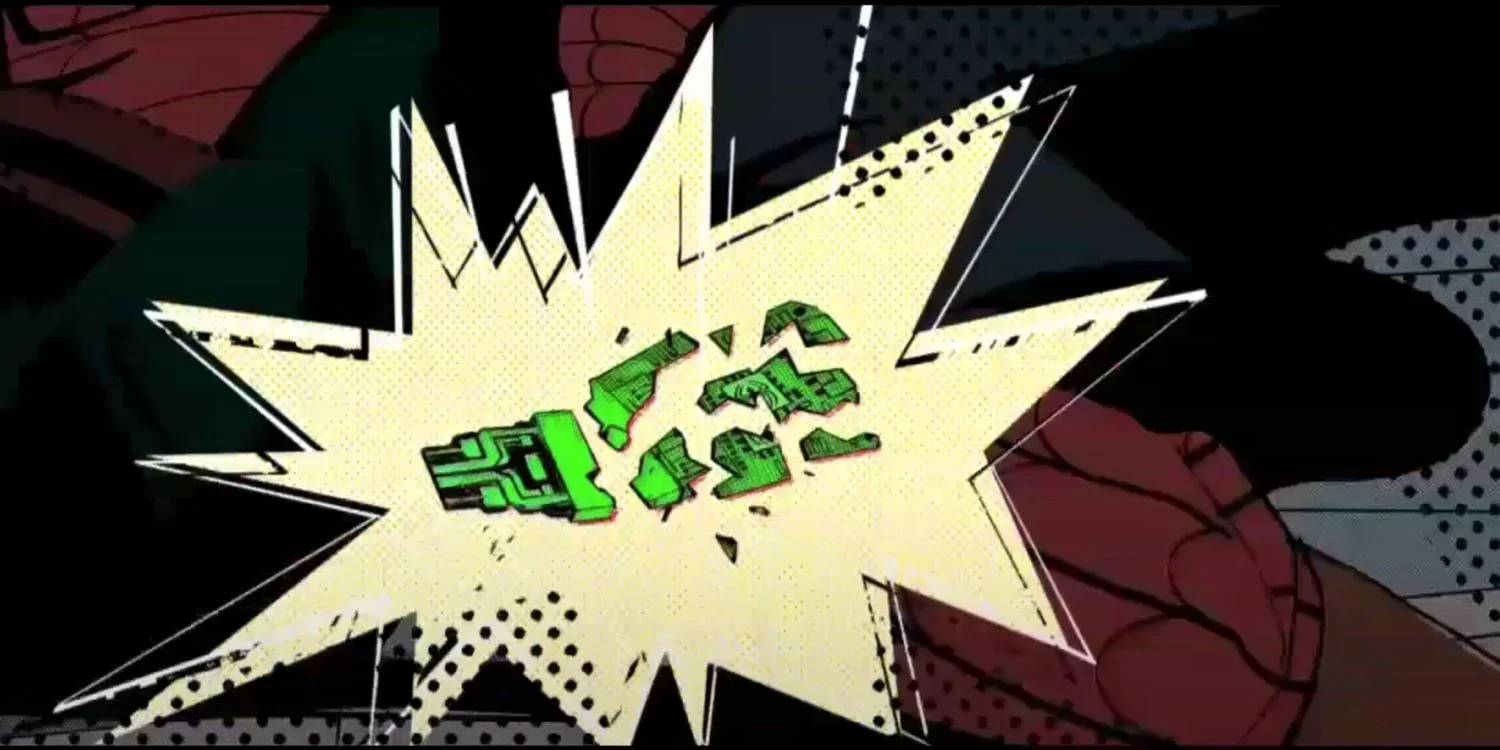 Miles Morales (Shameik Moore) watches Spider-Man struggle to stop Kingpin (Liev Schreiber) from activating an interdimensional collider that might destroy the city in Spider-Man: Into the Spider-Verse. In the fight, Spider-Man is killed, but he leaves Miles with a flash drive that can disable the machine. As Peter is killed, he stands powerless. After that, Miles finds his skills and goes out to practice what he can now accomplish with them. Miles, unfortunately, plunges and collides with a car and the pavement, shattering the important hard drive in his pocket.

He may have kept it in a secure location at home. He and the other Spider-People around the multiverse would have to go to great lengths to reclaim the information, placing themselves in peril in the process. It had been entrusted to him, and it had broken in an avoidable way. Despite the fact that it wasn’t the ideal decision, Miles gained valuable experience with his new abilities by overcoming this blunder. 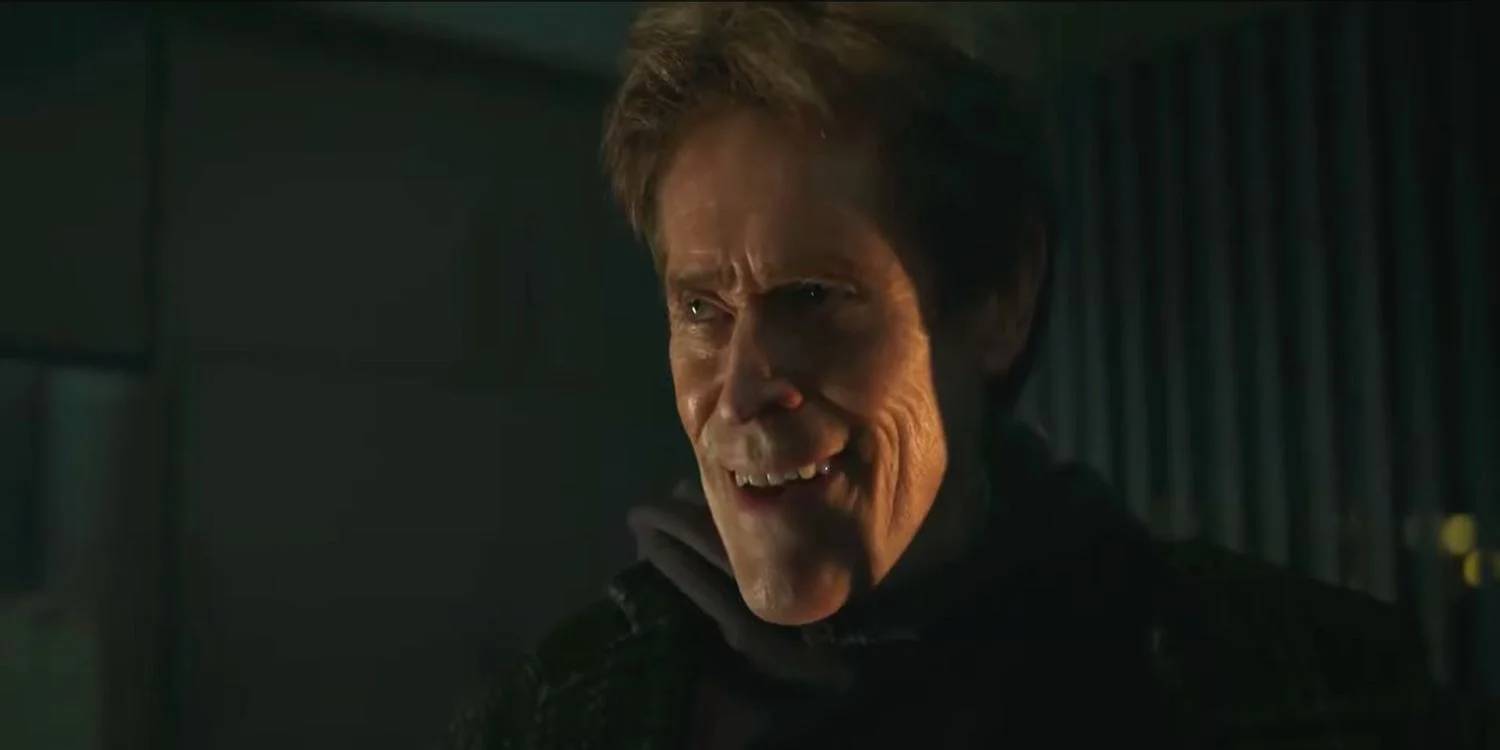 The MCU’s Peter (Tom Holland) trusts Norman Osborn (Willem Dafoe), who is a scientist, to help him develop remedies for the various villains. They were able to create a spinal chip that heals Doc Ock (Alfred Molina) as well as other healing technologies for the villains on hand. Norman’s Green Goblin side, however, emerges at the most inappropriate time and betrays Peter. He persuades the other villains to flee and turns on Spider-Man. He attacks and mortally wounds Aunt May after defeating the hero, resulting in her death.

In the Marvel Cinematic Universe, Peter’s only family was Aunt May (Marisa Tomei). Tony Stark was his favorite superhero (Robert Downey Jr). Peter had MJ (Zendaya) and Ned (Jacob Batalon) as well as Happy Hogan (Jon Favreau), but his sole family member was Aunt May, who was essentially his mother. Losing her would put Spider-Man in a position he’d never been in before.

Uses a Camera Labeled “Property of Peter Parker” While on Patrol 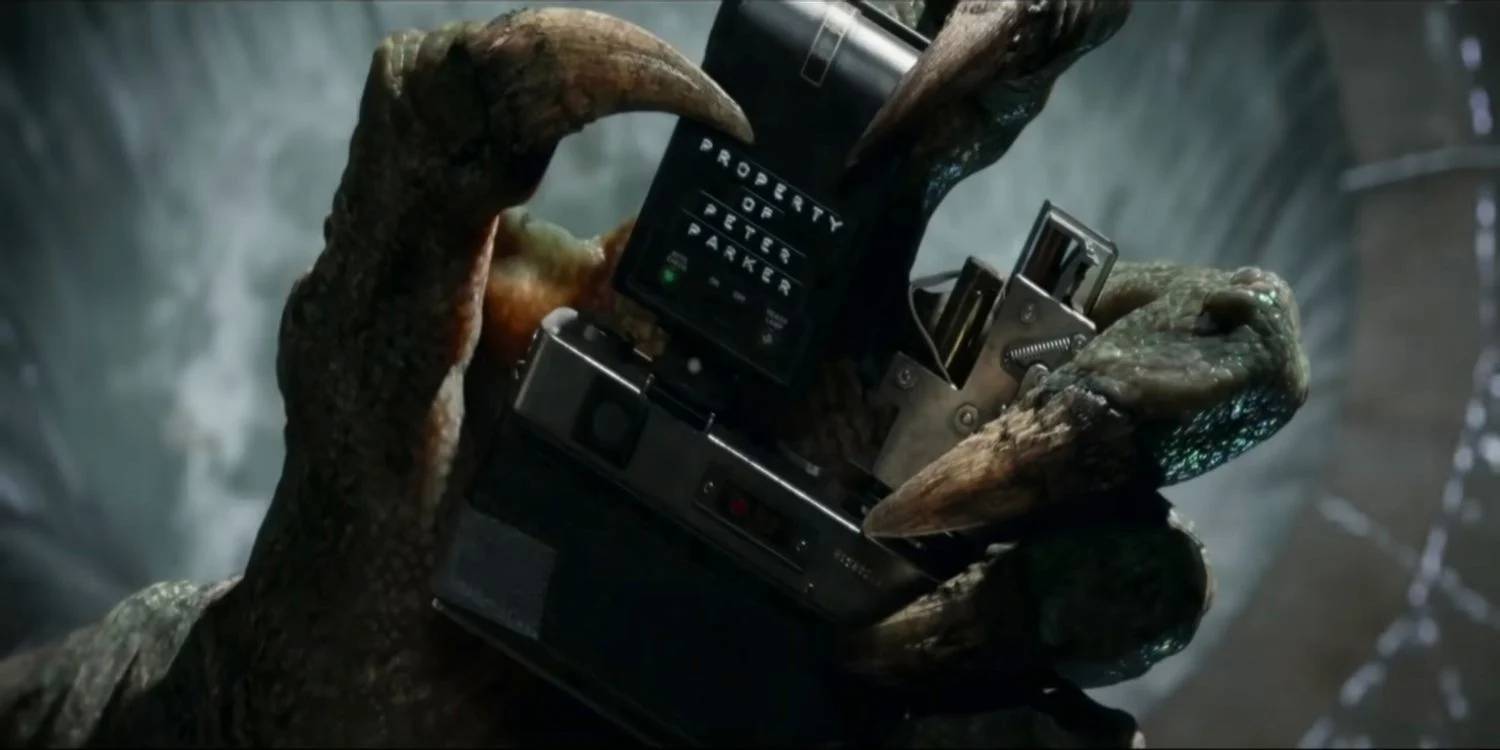 Peter (Andrew Garfield) from The Amazing Spider-Man film series falls into the sewers after encountering the Lizard (Rhys Ifans). He attaches a camera on the wall in order to photograph the terrible monster. The Lizard finds the camera after a skirmish in which Peter barely escapes. “Property of Peter Parker” is clearly noted in strong letters. Spider-Man’s identity is known, and he is subsequently attacked while at school.

Even Peter, a genius, makes blunders from time to time. This reckless misstep nearly killed Peter, as well as the other pupils and faculty at the school.