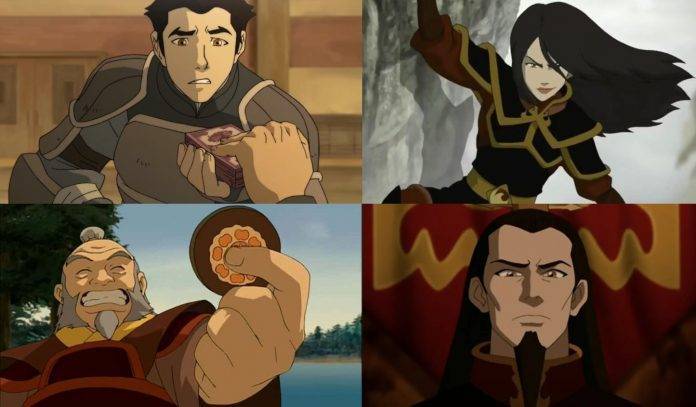 Avatar is one of the most intriguing television series currently available. It is one of the first shows to provide us with several episodes as well as characters who have not only interesting abilities but also compelling backstories. Avatar is so well-known that a live-action adaptation was made. Not only that, but countless memes have been used to “promote” the series among younger generations. Even better, the series incorporates both western and Japanese animation styles. Despite the fact that it is readily mistaken for an anime, it is a popular series among Otakus. The Nickelodeon Animation Studio created Avatar. Avatar: The Last Airbender is also known as Avatar: The Legend of Aang. Bryan Konietzko, Michale Dante DiMartino, and Aaron Ehasz were the minds behind Avatar.

As previously stated, the series follows the Last Airbender, a young child named Aang who has the ability to bend all four elements, making him an Avatar. From the very first episode, Aang faces numerous hardships. The existence of the Fire Nation, however, is the fundamental issue for Aang and many of those around him. This country has a history of causing problems. One cannot help but notice that the Fire Nation is a powerful nation once more. We’ll look at the top ten strongest Firebenders in this article. 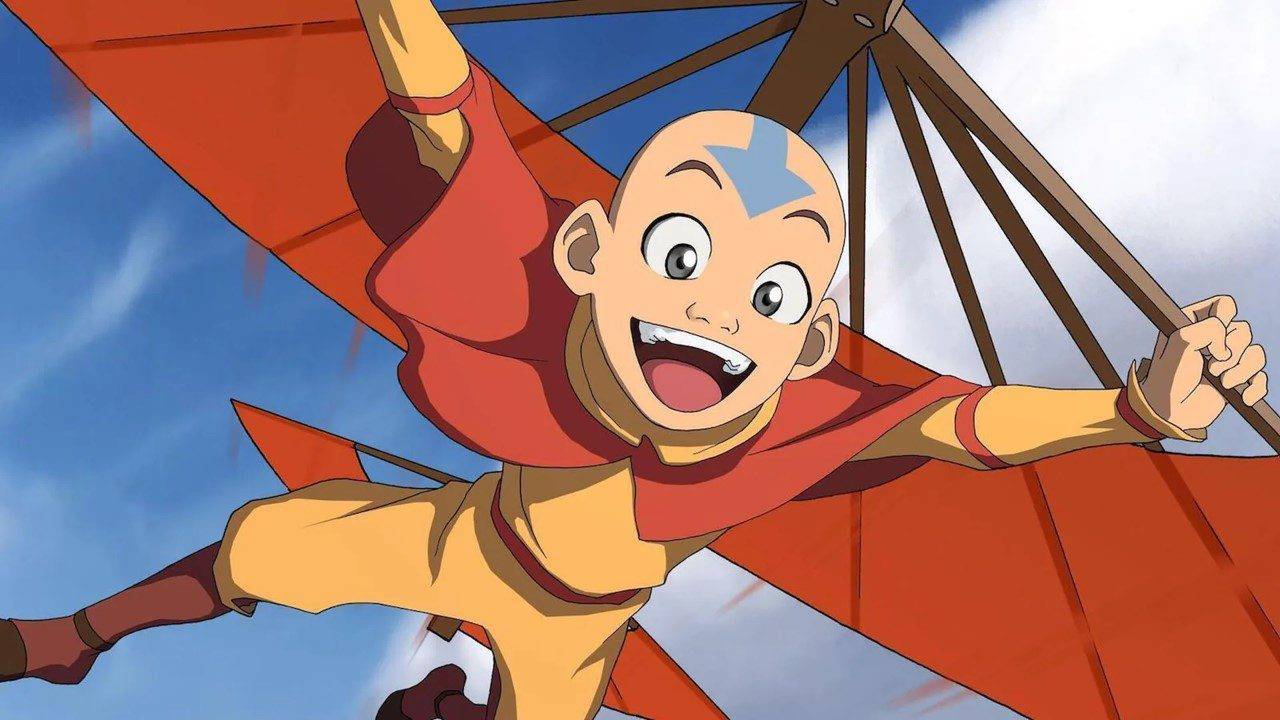 Aang made the list despite not being a great firebender like the others. He can manipulate fire since he is an Avatar, which can bend all four elements. Aang was forced to learn how to manipulate fire in addition to honing his air bending abilities. However, in his desire to learn, he injured Katara, a friend at the time. He was scared of losing control of his firebending powers after this episode, and vowed never to practice the technique again. As a result, it was clear that Aang, with proper training and the ability to manage his firebending skills, could have easily become a powerful fire bender.

He didn’t start training really until he accepted Zuko as his fire-bending master. His personality, on the other hand, was not like those who could demonstrate wrath with their fire-bending abilities. As he prepared to battle the Fire Lord, he became capable of melting stones and creating massive fires. 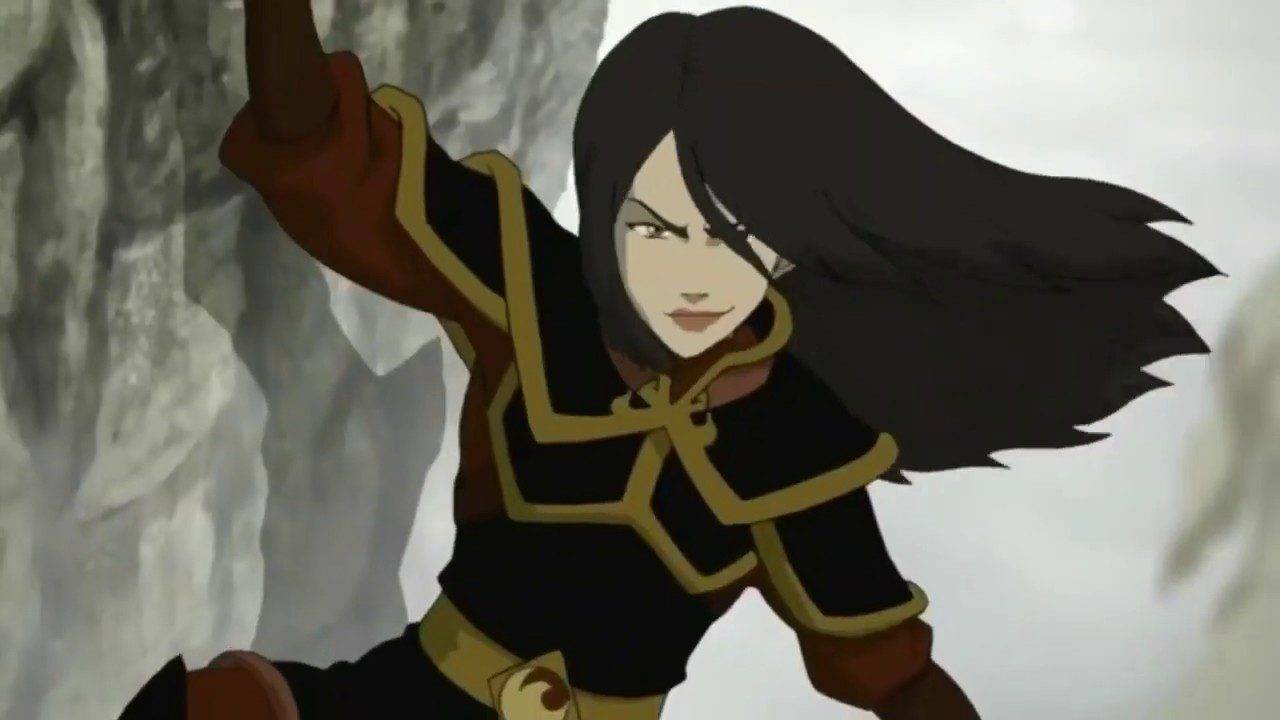 After Zuko’s exile, Azula, his younger sister, became the princess of the Fire Nation. She is believed to have a manipulative nature and a strong desire to be the most dominant person in the room. Azula was on the lookout for both Aang and her brother, making her an adversary for Aang to avoid. Even though she thought she was superior than others and enjoyed torturing others, she was troubled by her mother’s preference for Zuko over her, despite the fact that she was her father’s favorite. This made her even more enraged with her brother, and she desired to succeed her father as Fire Lord.

She eventually gave up the ideal, believing herself unfit to be a Fire Lord, and instead used her nasty techniques to inflict devastation, such as snatching children. She, like her family, is a highly adept Firebender. Her ability to produce blue flames, on the other hand, distinguishes her. As previously stated, she employs manipulation to get things to go her way, showing that she is skilled at strategic planning and has a high level of knowledge and comprehension.

The Fire Nation revered Ran and Shaw, yet they were chased for glory. As the last surviving ancient species, these two dragons are regarded the original masters of Fire Bending. They were revered by the Sun Warriors and served as excellent Fire Bending instructors to the tribe as a result. Iroh’s firebending knowledge comes from Ran and Shaw, and it is not manifested through anger.

The Dragons saw Aang and Zuko as worthy students who would master the original firebending skill after Iroh. These dragons then went on to help Zuko regain his firebending abilities, as well as Aang, by teaching them the true essence of firebending. 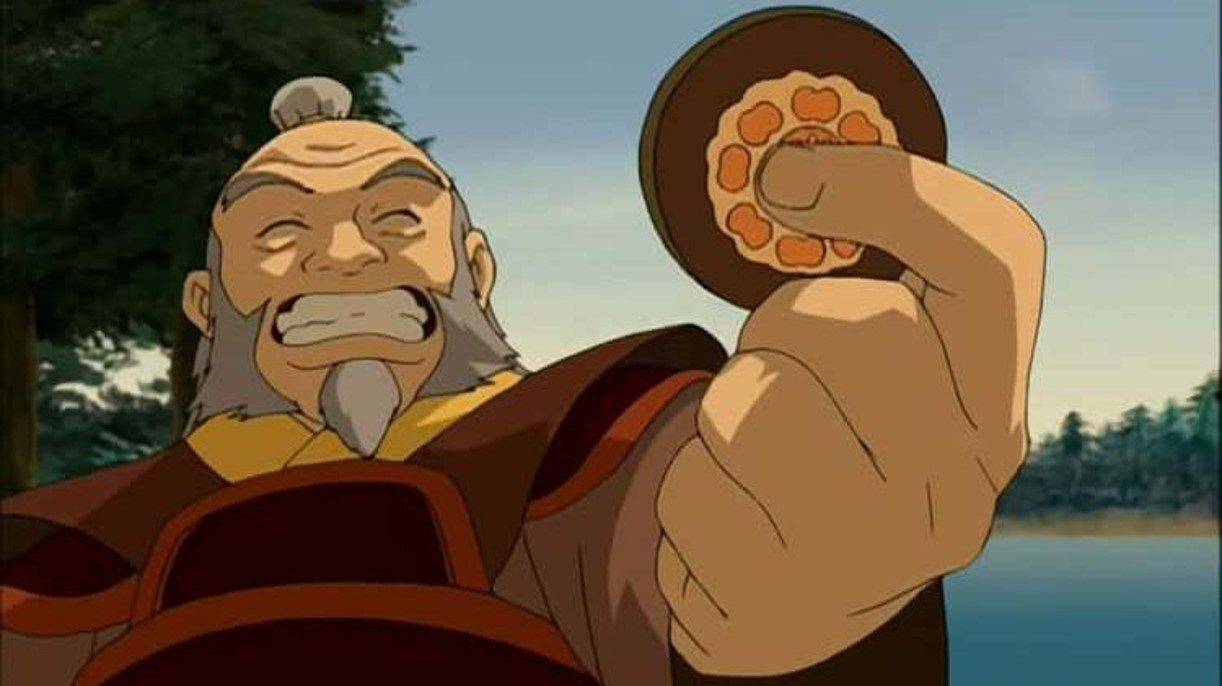 Zuko’s uncle, the ex-crowned prince of the Fire Nation, was also his mentor. He is also known as the Dragon of the West because of his ability to breathe fire. He was also reported to have previously “slain a dragon,” earning him honor. He simply conveyed this knowledge to safeguard the remaining two surviving dragons’ identities. Iroh, unlike the majority of the Fire Nation, looks to be exceedingly calm and informed, making him intelligent.

His fire bending talents, on the other hand, are extremely potent. He is seen to be capable of beating Ozai, putting him in second place behind the Avatar. He has a combat technique similar to Jeong Jeong in that he can summon massive spurts of fire. His fire bending skill, like his attitude, is born of knowledge and wisdom rather than fury. 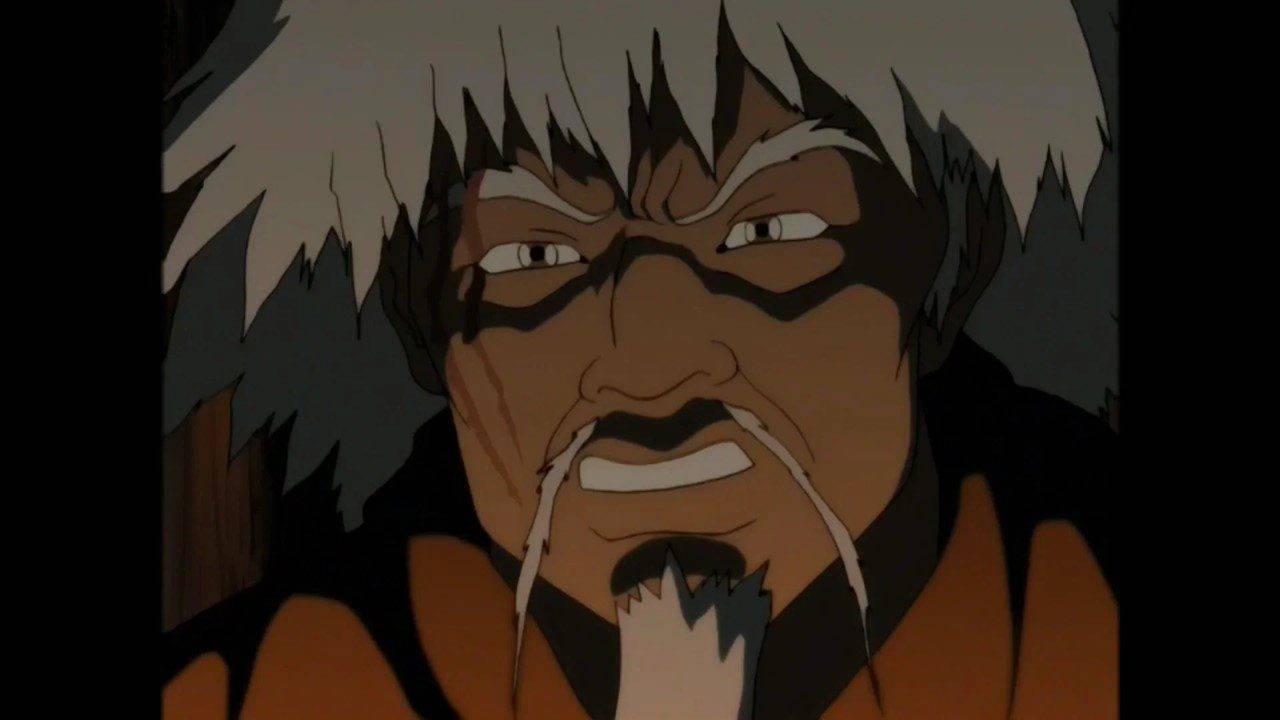 Jeong Jeong, also known as The Deserter, is a strong firebender who is also incredibly informed thanks to his prior experiences. He used to be a high-ranking general in the Fire Nation Navy, and he was also a master of firebending. Aang’s first firebending master was Jeong Jeong. His experience as a navy admiral has taught him the importance of discipline. As a result, his training for Aang was rigorous yet effective in preparing him to acquire firebending.

However, as previously stated, Aang was unable to control his flames due to his insatiable need to study, much to Jeong Jeong’s dismay. Although Jeong Jeong may use his abilities to attack, he prefers to utilize them to defend. He is capable of erecting massive barriers and launching massive fireballs at his opponents. 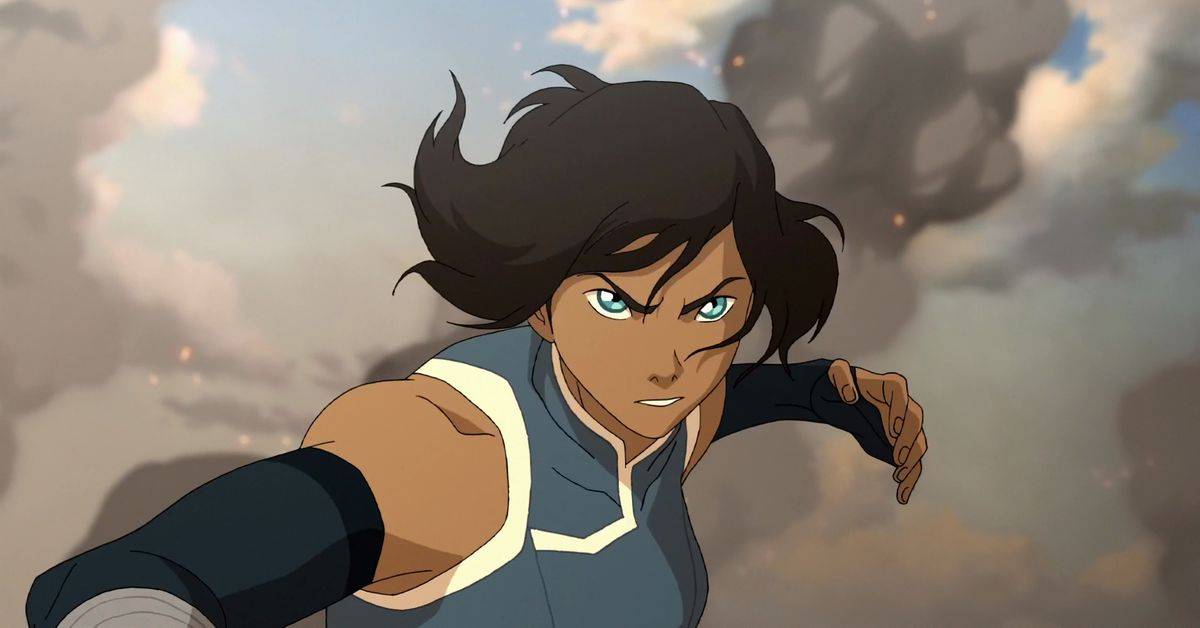 The character Korra is Aang’s successor and another incarnation. She, too, can bend all four elements as an Avatar. Korra is a member of the Southern Water Tribe who moved to Republic City to learn the art of Airbending. Her ability to bend fire began when she was a child. She used her firebending abilities both offensively and defensively in fight.

She has more control over her fire-bending talents than Aang. Not only that, but she can customize how she uses her firebending abilities, such as propelling herself into the air or creating dagger-shaped fires. When she is angry, she uses her fire bending skills to increase the intensity of her flames. 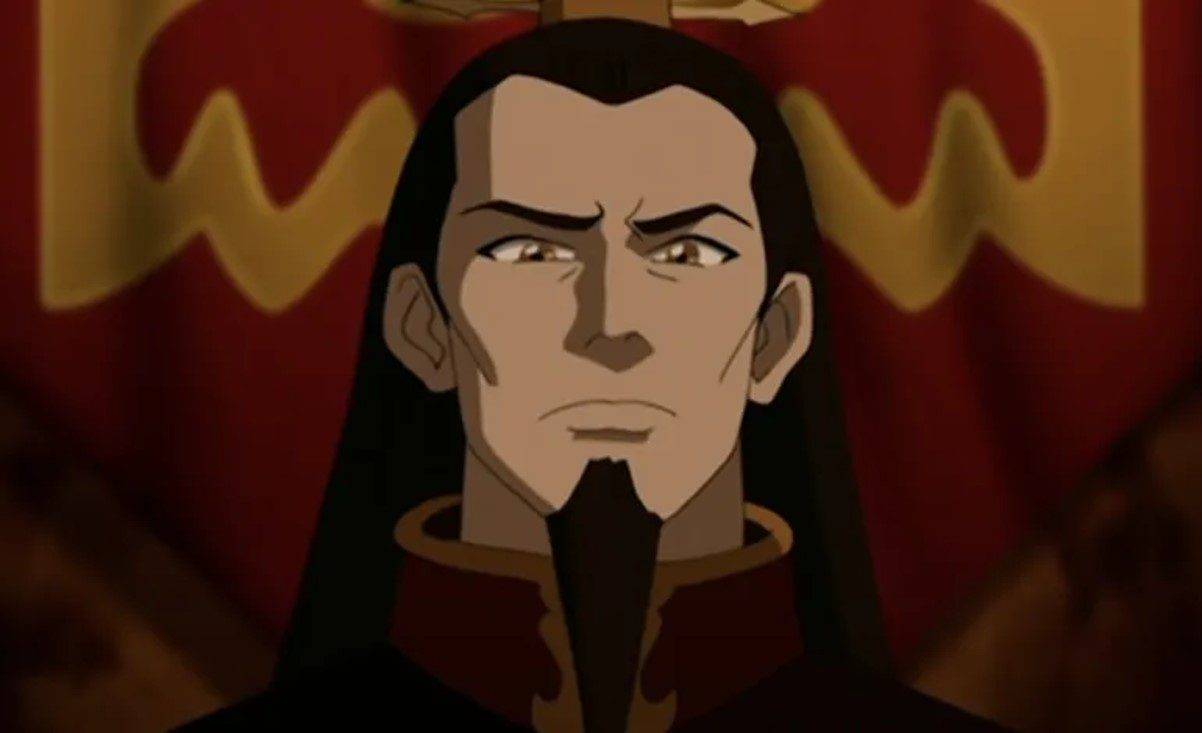 Ozai was considered the series’ most powerful Firebender, but he was ultimately beaten by Aang’s energy bending skill. He was the Fire Lord, and Zuko and Azula were his children. As previously stated, he was responsible for Zuko’s exile and favoured Azula to his son. He carried out his grandfather’s and father’s wishes to conquer and govern other countries. As a result, he committed numerous felonies.

Unfortunately, he placed a higher value on his throne and objectives than being a good family man, resulting in a slew of poor relationships. Ozai had an extremely domineering demeanor, which he maintained even after his detention. Aang’s firebending abilities were taken away due to his energy bending attack. 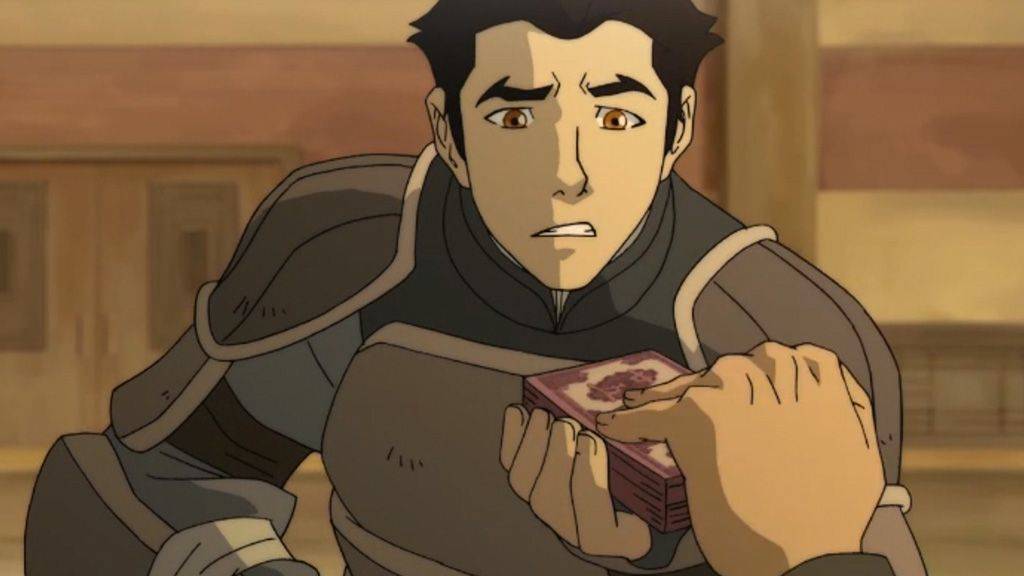 Mako is the first firebender on the list. He was born into a multiracial family. He is, nonetheless, an orphan. Mako attempted to assemble a pro-bending team with his younger brother in order to compete in tournaments. This would be his source of income as well. He decided to help Korra in her quest after meeting her and eventually became a police officer. He became the Earth King’s bodyguard after the confrontation with Red Lotus and subsequently went back to becoming a police officer.

Mako’s past was traumatic, since he had witnessed his Earth bender father and fire bender mother being killed by firebenders. He and his brother worked hard to both survive and get stronger. Mako can employ lightning and is skilled at short-range assaults, in addition to his firebending talents. Not only that, but he also has a flair for thinking quickly and logically. 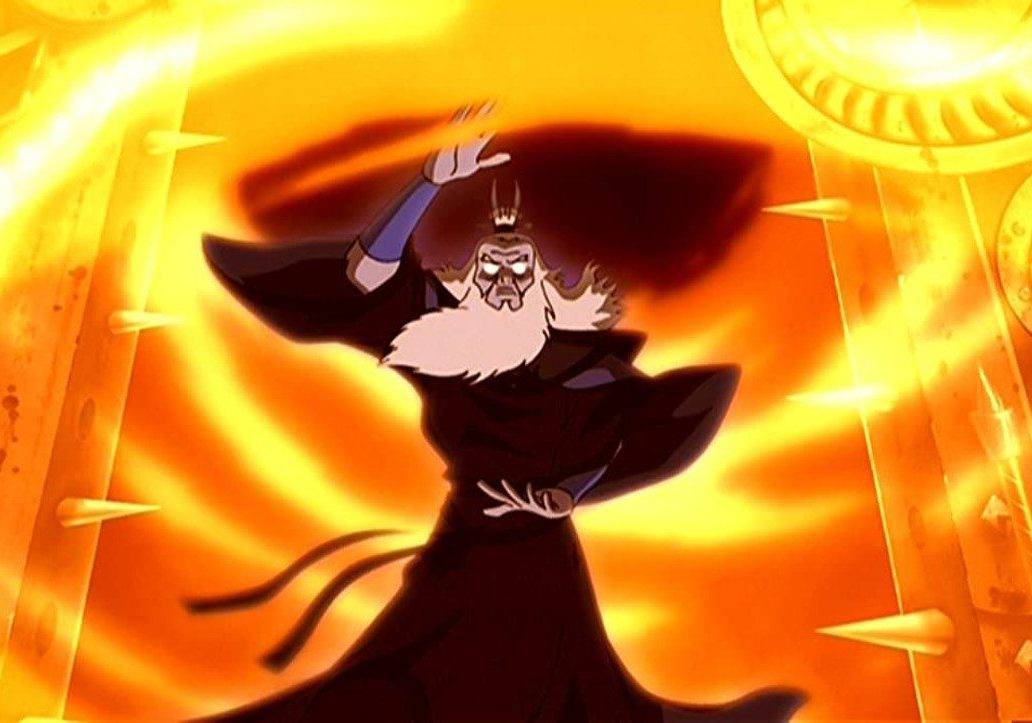 The Avatar Roku was the previous incarnation of the Avatar before Aang. Roku was a skilled bender who belonged to the fire country. He aided Aang by acting as a guide to bring the hundred-year battle to a conclusion. Roku’s spirit was one who believed in Aang and his abilities to bring the battle to a close. He learned to bend all four elements quickly, and by the age of 28, he was an expert at controlling all four elements as an Avatar.

Despite being from the Fire Nation, Roku aspired for peace and attempted to live a good life. Even though he was powerful, he needed to train and be patient in order to master his full avatar form. 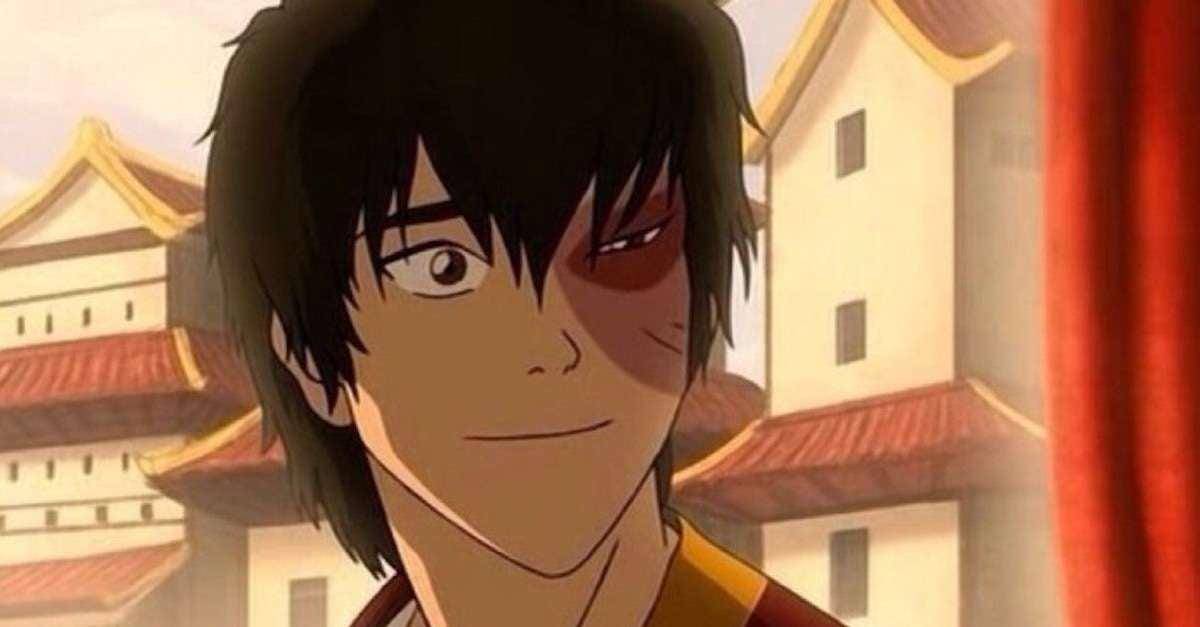 Even those who haven’t seen the Avatar series are likely familiar with Zuko. Zuko made a big impression on his audience when he made his first debut as a villain. Zuko’s acts, on the other hand, were motivated by his tragic history. His iconic scar was really given to him by his father. As a result, Zuko was exiled, leading to a bitter personality. He ended up being Aang’s friend in the end. Not only that, but he also served as Aang’s fire master for a time as he prepared to confront the Fire Lord. Zuko is also a master of firebending, making him a formidable firebender.

He ascended to power as the Fire Lord and went on to build the United Republic of Nations, which he helped to found. Zuko’s firebending abilities grew as he grew older, and he began to learn new abilities. Even as a teenager, he was still learning how to use his powers, and when he lost his firebending skill, he had to start over. In addition, he is a skilled swordsman who can battle with two swords. He is also capable of fighting in hand-to-hand combat and has demonstrated excellent strategy and learning abilities.