In the 2010 action thriller ‘The Losers,’ director Sylvain White creates a tremendously entertaining mix. The tale centres around an elite black-ops team known as “the Losers,” and is based on the titular DC comic book series by Andy Diggle and Jock. They are a group of five experts who stick together through thick and thin. They are forced to go underground after a clandestine operation in Bolivia goes badly. A mystery woman named Aisha, on the other hand, approaches the team leader and offers to reveal information about the offender. They proceed on a suicide mission with the help of Aisha.

The film is a seemingly unfailing bundle, spanning four continents, including plenty of quotable dialogue, and filled with international intrigue. Furthermore, with their amazingly quirky acting skills, the all-star cast ensemble of Zoe Saldana, Chris Evans, Idris Elba, and Jeffrey Dean Morgan adds to the enjoyment of the adventure. However, given the film’s open-ended ending, you might be wondering if a sequel is in the works. In that case, let’s look at the possibility of a follow-up. 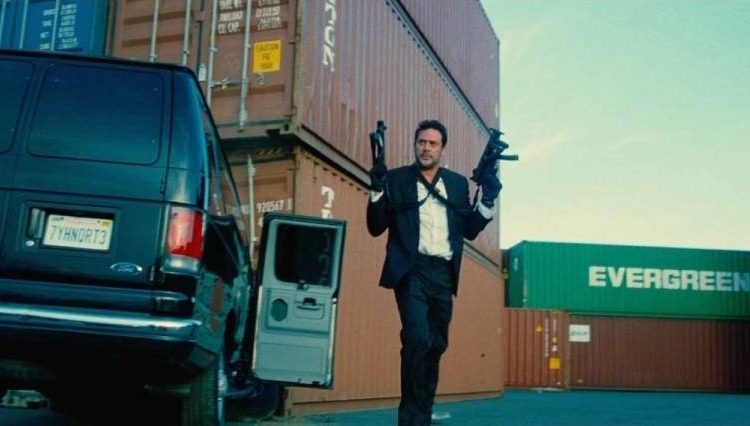 ‘The Losers’ was released in theatres across the United States and Canada on April 23, 2010. Let’s take a look at the chances of a sequel to the losers.
It seems that there was always a chance for the movie to have a sequel. At least, that’s what a sizable portion of the audience believed. While the filmmaker did not reveal anything about a potential sequel, it appeared like the film was on its way to become a big series, thanks to the DC support and a great quantity of comic book material to draw from. However, along the line, some things went awry. Even while it managed to break even on its budget, the film did not exactly set the box office on fire. The critical reception was likewise mixed, with several reviews comparing it to ‘The A-List.’

As a result, there was a schism among the fans. While some people enjoyed the action-packed comedy, others found the formula to be ineffective. Before Marvel’s cinematic universe exploded onto the scene, comic book adaptations were a bit of a hit-or-miss proposition. While some films, such as the early 2000s’Spider-Man’ and Christopher Nolan’s ‘Batman’ trilogy,’ were well-received, others, such as the 2003 Ben Affleck-starring ‘Daredevil,’ were not.

The film, according to Jeffrey Dean Morgan, who plays team leader Clay, had poor marketing. “The ball was dropped,” as he put it, and the film failed to make an impact at the box office. There didn’t seem to be much that could go wrong with the film, with an all-star cast, witty dialogue insertions, and expertly produced action sequences. Despite this, the notion of a sequel was abandoned. Given all of the factors, it appears exceedingly improbable that a sequel to ‘The Losers’ will ever be made.

How Did Jessica Johnson Die? Who Killed Her? Or Was It A Suicide?