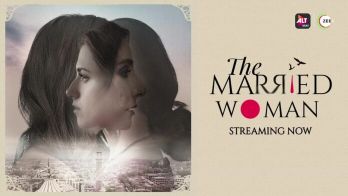 The Married Woman is a Zee5 and Alt Balaji-produced Indian Hindi romance drama web series. It will have a big debut on March 8, 2021, on Women’s Day. The play is directed by Sahir Raza and is based on a novel by Manju Kapur. Aparna Nadig, Jaya Misra, and Surabhi Saral are among the show’s writers. Producers Jahangir Khan, Ekta Kapoor, and Samar Khan assume the reins. Finally, the program is offered in both Hindi and English.

The Married Woman is a moving story about a woman’s journey of self-discovery and self-realization. It’s the story of Peeplika Khan and Astha Kalra, set in the tight-knit social fabric of boundaries or limits. They’re both on a quest to discover who they are. They recognize they have found a missing hope and energy in their lives as soon as they meet. They develop feelings for each other. However, society presents the greatest barrier, and people must work hard to achieve their goals.

The Married Woman All Episodes

The web program offers a forceful critique of current society constraints and taboos. Though similar issues have been directed and presented in a variety of ways, The Married Woman takes a different approach. It tells the narrative of a common woman who performs the roles of wife, mother, and daughter. When she meets a woman who tickles her soul, her life takes a change. Ridhi Dogra and Monica Dogra are excellent in their roles as dominant ladies. On this unique women’s day, it’s a narrative about women for women. So, even if you’re not a woman, watch it and recognize, value, and respect every women’s feelings.