The Addams Family as seen in a Tim Burton film, The teen Wednesday Addams in Wednesday will be followed as she enrols in Nevermore Academy, a school for kids with special talents and other social outcasts. While attempting to unravel a long-standing mystery that started back when her parents were students at the academy, Wednesday must learn how to manage the pitfalls of high school. She discovers that, despite her best efforts, it may not be simple for her to get away from the shadow cast by her family’s past.

The rest of the Addams family does make a few appearances this season, even though the show mostly focuses on Wednesday and her story. These actors portray the legendary family, other supernatural and “regular” characters, and the residents of Jericho and Nevermore. 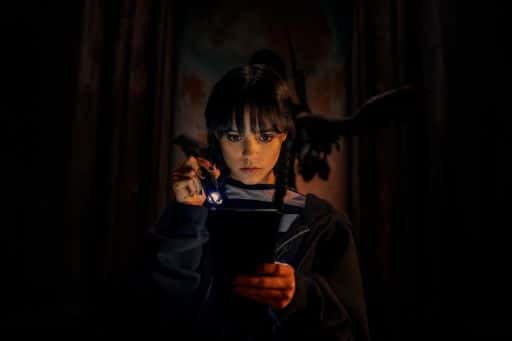 It makes sense that Jenna Ortega would be cast as a teenage Wednesday Addams given her reputation in the horror genre and her scene-stealing performances in the 2022 Scream sequel and Ti West’s X. Wednesday, a fifteen-year-old who is fresh at Nevermore Academy, is described as “fearless, unapologetically smart.” She takes it upon herself to look into the killing spree that is raging through the town where the Nevermore campus is located in addition to navigating the complexities of teenage relationships. Additionally, Ortega played Ellie Alves in the Netflix drama series You. 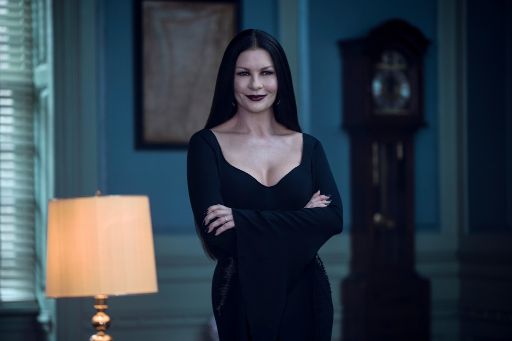 Morticia Addams, Wednesday’s mother and a former pupil of Nevermore Academy, is portrayed by Catherine Zeta-Jones. Zeta-Jones really captures the “spooky glamour” of the role, despite the fact that she will only appear in a few episodes of this eight episode series. Although Catherine Zeta-Jones has a large body of work, you are probably most familiar with her from movies like High Fidelity, Chicago, and The Legend of Zorro. She has recently made an appearance in the television series Prodigal Son and will make an appearance in the upcoming Disney+ original National Treasure: Edge of History, in addition to Wednesday. 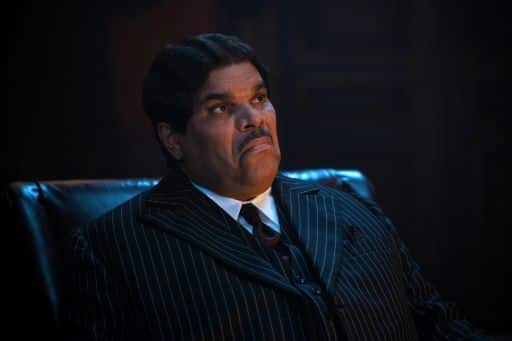 The father of Wednesday and Morticia’s devoted husband is Gomez Addams. Unbeknownst to Wednesday, her father is involved in a deadly mystery that plagues Nevermore’s town of Jericho; but, Wednesday’s aptitude for research means that his secret won’t likely be hidden for long. Luis Guzmán, who you might recognise from Punch Drunk Love, Narcos, and Shameless, brings Gomez to life. 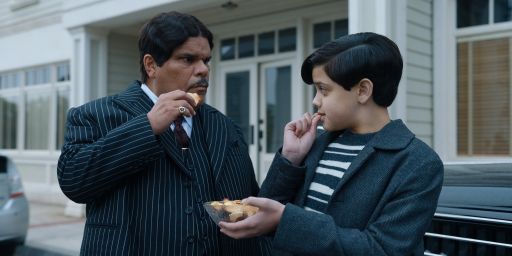 Puglsey Addams, Wednesday’s younger brother, is portrayed by Isaac Ordonez. He brings out in Wednesday a protective side that she usually keeps hidden behind her cold façade. Although he did make an appearance in Ava DuVernay’s A Wrinkle in Time as Charles Wallace’s doppelganger, this is Ordonez’s first significant acting role. 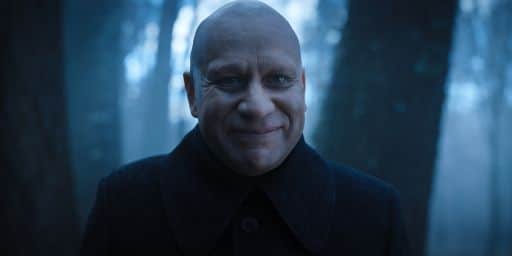 Uncle Fester, played by eccentric actor Fred Armisen, is a character on Wednesday. Even though Wednesday is wary of grownups in general, she is confident that Fester will always be there to support her with his understanding of the Dark Arts. Despite the fact that Armisen has been a part of a number of films, you are most likely familiar with him from his work on Saturday Night Live and his appearances in Portlandia and Documentary Now. Additionally, he has made numerous cameos in comedies including Brooklyn Nine Nine and New Girl. 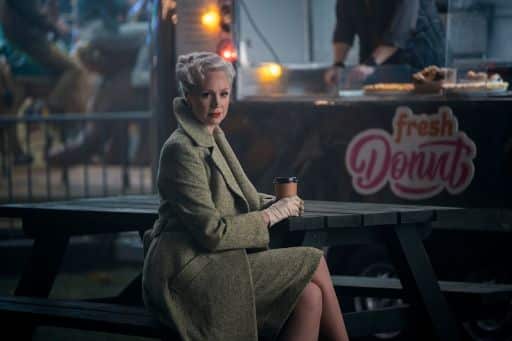 The Principal of Nevermore, Larissa Weems, is portrayed by the amazing Gwendoline Christie. Weems is a former classmate of Morticia’s, and the two of them had a friendly rivalry when they were students. Game of Thrones, the Star Wars Prequel Trilogy, Severance, and most recently Netflix’s The Sandman are just a few of the genre films Christie has been in. 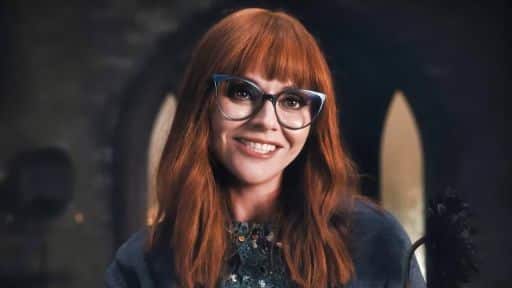 Marilyn Thornhill, the only regular instructor at Nevermore, is portrayed by Christina Ricci. She acts as the students’ dorm mom and makes every effort to win Wednesday’s trust. In the films The Addams Family and Addams Family Values, Ricci portrayed a teenage Wednesday Addams. She recently made appearances in Yellowjackets and The Matrix Resurrections. 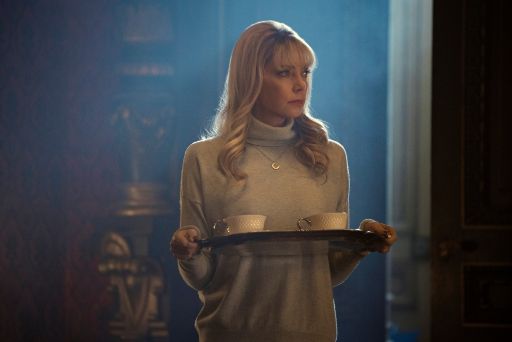 Wednesday’s therapist and resident of Jericho is Dr. Valerie Kinbott. Riki Lindhome, who starred in Knives Out and has also made an appearance in The Big Bang Theory, as Dr. Kinbott. 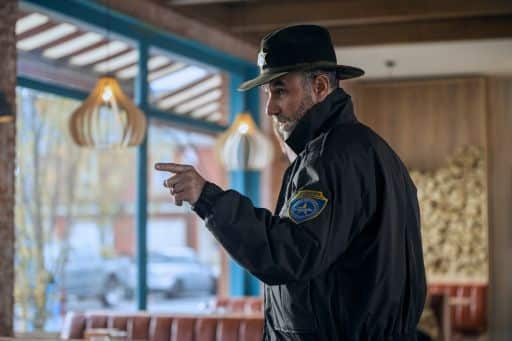 Sheriff Donovan Galpin, Tyler Galpin’s father, was reared in Jericho and was born there. He has “always had a problem with Nevermore Academy and a vengeance against former pupil Gomez Addams.” Jamie McShane, who has roles on Sons of Anarchy, Gone Girl, CSI:Vegas, and The Lincoln Lawyer, plays the sheriff. 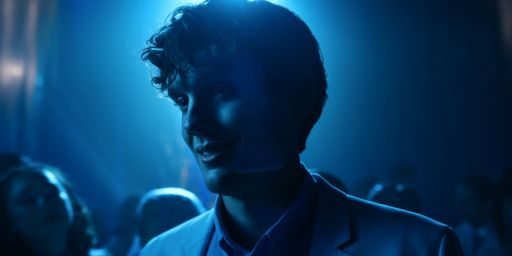 Tyler Galpin, a common person who lives close to Nevermore Academy, is the son of Sheriff Donovan Galpin. There is much more to this young barista than first meets the eye, according to executive producer Miles Millar: “Tyler’s the ideal boy next door who you realise has a deeper past.” Hunter Doohan, who you might recognise from the television programmes Truth Be Told, Your Honor, and Schooled, plays Tyler. 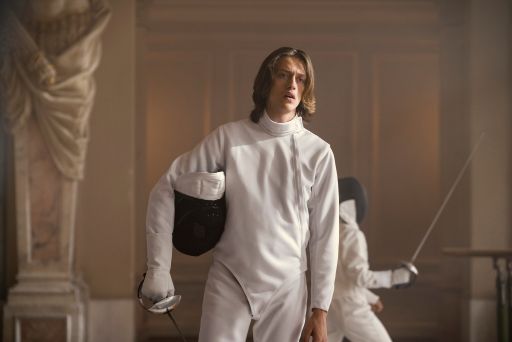 Wednesday is intrigued by Xavier Thorpe, a “strange” lad at Nevermore, despite her initial annoyance with the other sex. His name is Percy Hynes White. Thorpe is a psychic artist with the talent to make his works appear to be leaping off the canvas. Percy Hynes White may be recognisable from the Netflix series Between, the ill-fated X-Men series The Gifted, and the most recent Twilight Zone reboot. 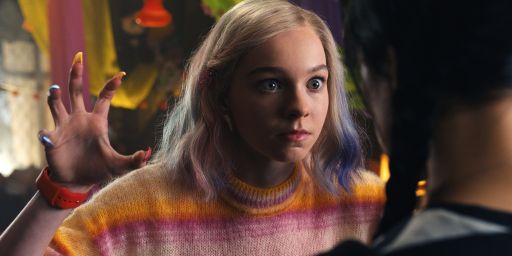 Emma Myers portrays Wednesday’s vibrant and vivacious roommate Enid Sinclair, who also happens to be a werewolf. Even though these two appear like strange bedfellows, they find that they have a lot to learn from one another. Prior to Wednesday, Myers starred in the Snapchat original series Dead of Night and the Lifetime original film A Taste of Christmas. 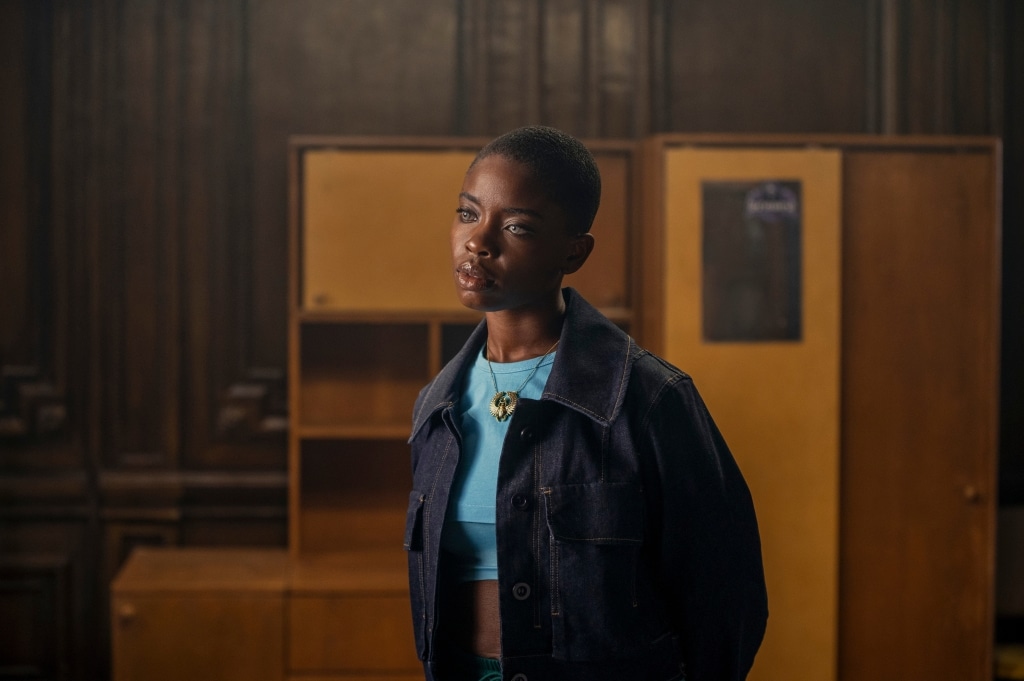 The reigning monarch of Nevermore is Bianca Barclay, at least until Wednesday shows up. Although Bianca is a strong siren with the capacity to influence others, she is also “hiding family secrets and other hardships.” Although Bianca is hostile toward Wednesday, she is not just the conventional unpleasant girl. Joy Sunday, who you may know from the television shows Dear White People and Good Trouble as well as the film The Beta Test, plays Bianca.

As Ajax, Georgie Farmer Petropolus \sAjax Petropolus attends Nevermore and is a Gorgon, a figure from Greek mythology who has the power to turn humans to stone with just his gaze. Georgie Farmer, who also starred in the Jason Bourne spin-off series Treadstone and the Disney series Evermoor, plays Petropolus.

A friend of Bianca’s and one of Nevermore’s resident “cool kids,” Yoko Tanaka is played by relatively newbie Naomi J. Ogawa. Tanaka is a “vampire with a Goth flair inspired by Harajuku.” Ogawa previously made an appearance in the sci-fi film Skylines from 2020.