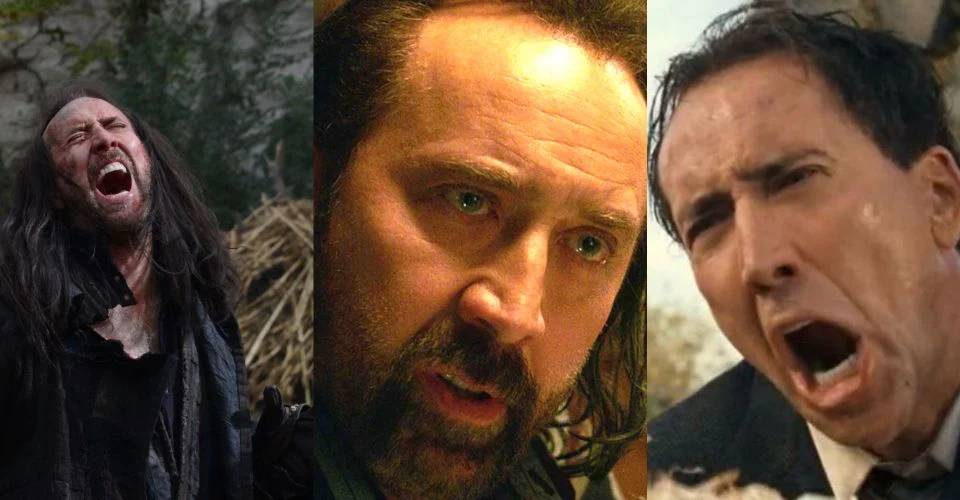 Nicolas Cage is one of the most intriguing actors in film history. He is a courageous and bold artist who has given outstanding performances in films such as Leaving Las Vegas, The Rock, and Adaptation. However, he is not selective about his choices, and as a result, he has participated in a number of problematic films.

Though he has received critical acclaim for several of her performances, he has also faced criticism for some of his lesser-known work. According to Rotten Tomatoes, these are Nicolas Cage’s worst films.

Nicolas Cage’s current string of innovative and acclaimed ventures has continued with the critical and financial success of The Unbearable Weight of a Massive Talent. Of course, Cage is known for being a hard worker who is prepared to take risks on unusual projects, so there have been some of his films that have been less than fantastic. For those interested, there are even more low-rated Cage films to watch as the actor makes his well-deserved comeback. 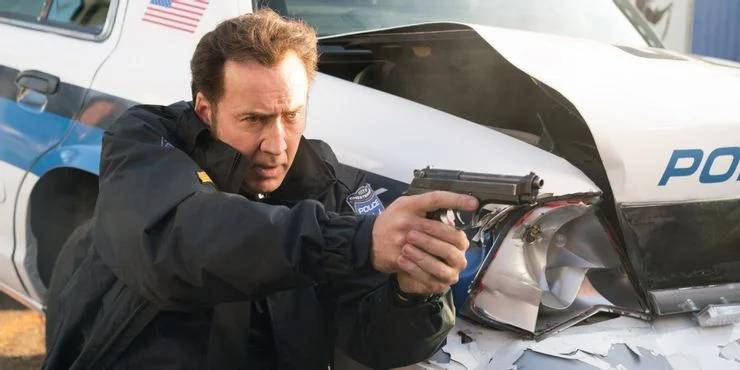 Cage has played cops before, although he generally does so in more fascinating ventures than 211. The film is based on true events, and Cage plays a veteran cop on the approach of retirement who is locked down in a shootout with heavily armed thieves with his partner and a civilian youngster.

Most critics thought that the premise was a touch similar. They slammed the film for being nothing more than a string of outdated action movie clichés with a few lackluster set pieces tossed in for good measure. 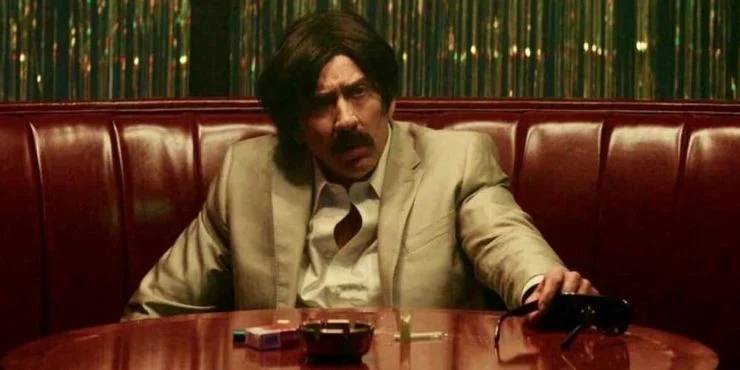 While fans of Nicolas Cage would want to see sequels to any of his films, Arsenal is a pseudo-sequel to one of his weakest, Deadfall. Adrian Grenier plays a man compelled to operate outside of the law after his brother becomes involved with a vicious drug dealer (Cage).

Cage is bored with the bad guy role, despite his ridiculous wig and false nose. In this mediocre crime drama, his occasionally erratic performance is the only thing worth watching. 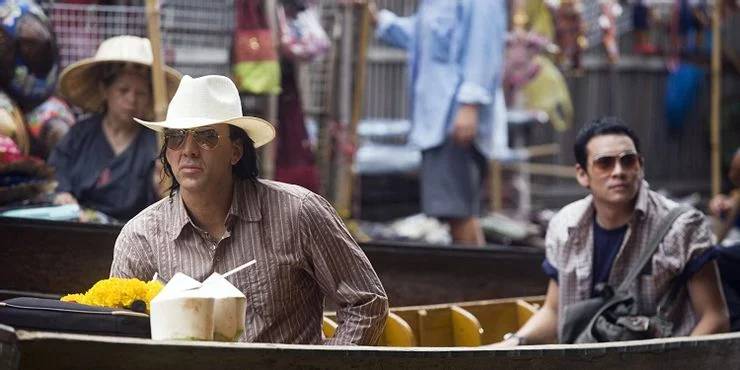 Bangkok Dangerous appeared to be the catalyst for Cage’s recent career shift away from Hollywood blockbusters and toward low-budget VOD action films. Cage portrays a lone assassin who is hired for a task in Bangkok. When he creates an odd bond with a local woman, he quickly finds himself in peril.
Cage is typically capable of giving an entertaining performance, but most critics believed that this one was a bit wooden. They also stated that the film doesn’t contribute anything fresh to the traditional tale and that the dreary action isn’t particularly entertaining. 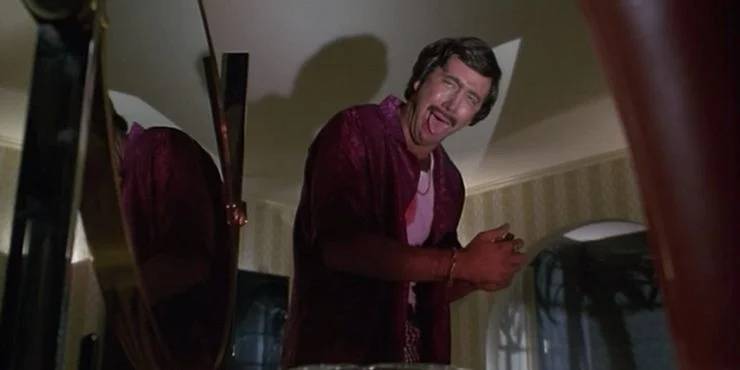 When Cage decides to go absolutely insane, it may be rather entertaining. Unfortunately, he occasionally chooses truly bad movies in which to devour the scenery. Deadfall is a cheesy crime thriller about a young man who takes a job as a hit man and has to deal with his psychotic accomplice (Cage).

It’s difficult to deny that Cage’s outrageous performance is amusing, but the rest of the film falls short. They appear to have grasped their problem in the editing room and attempted to construct the entire film around Cage’s performance, but the end product is an uninspired muddle. 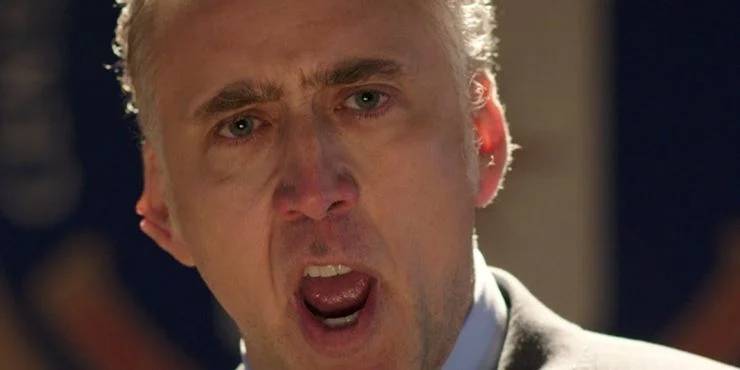 You’d think that Cage’s and famed filmmaker Paul Schrader’s combined talents would have resulted in a more engaging film than Dying of the Light. Cage plays a CIA official who goes rogue to pursue the terrorist who tortured him years ago after realizing he has a life-threatening medical ailment.
In this dreary procedural, critics struggled to perceive the talents of individuals involved. The unoriginal thriller failed to pique audiences’ interest and instead made many critics yawn. 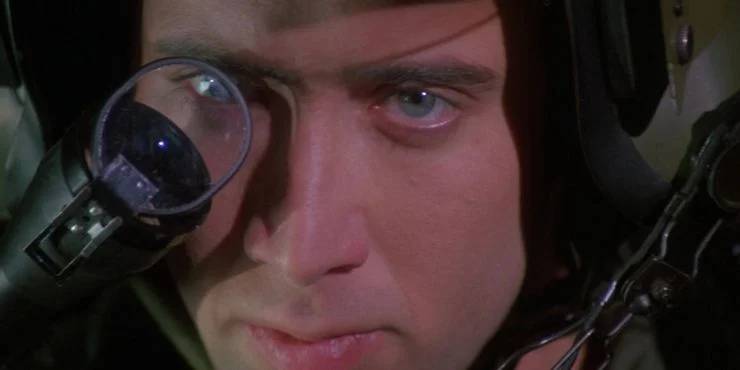 While critics tend to pick apart Cage’s most recent films, he has a few duds from earlier in his career. Cage plays a hotshot combat helicopter pilot who is torn between his disapproving superior officer (Tommy Lee Jones) and his love affair with a female pilot in Fire Birds (Sean Young).

The picture was released a few years after Top Gun and is usually viewed as a terrible rip-off. Even the skilled stars couldn’t salvage this fowl in the eyes of critics due to sloppy action and trite political messages. 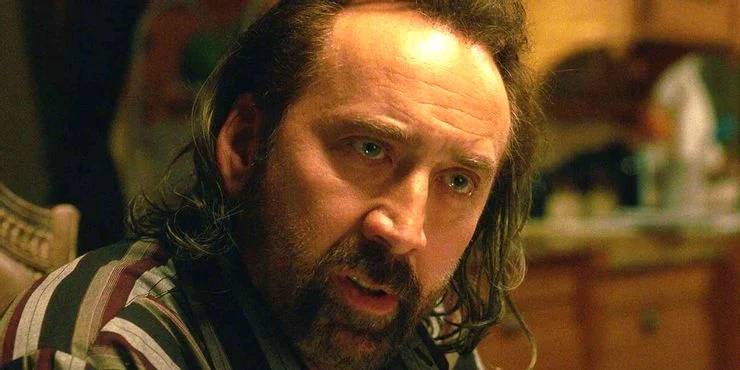 Cage has been tremendously entertaining as a villain character in a number of productions, the most notable of which is Face/Off. Grand Isle, on the other hand, wastes the actors’ skills by casting him as a neglectful husband who welcomes a young tourist into his home during a hurricane but soon reveals his malicious motivations.
Critics panned the film, dismissing it as a standard thriller with little to offer in terms of true excitement or creativity. 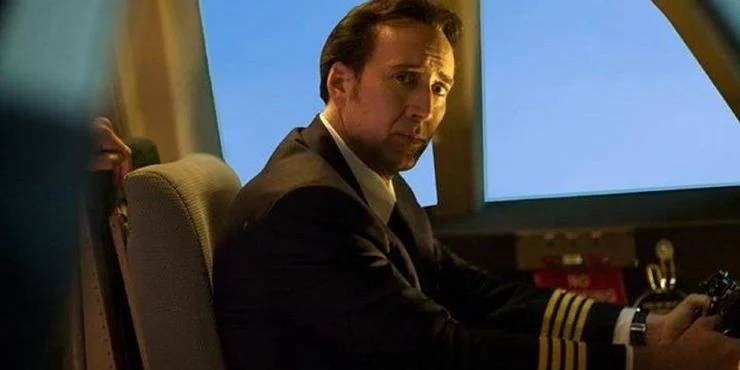 The apocalyptic thriller Left Behind is based on the best-selling novel of the same name. The film depicts the turmoil that occurs when millions of people all around the world mysteriously vanish without explanation. After the bizarre occurrence, Cage portrays a pilot who is left behind.

Despite the premise’s potential, the movie manages to be nothing more than a sluggish and dull drab. The film’s modest scale makes it far less than spectacular, and Cage fails to produce any type of interesting performance. It appears to be a terrible justification for forcing religious messages down the viewers’ throats. 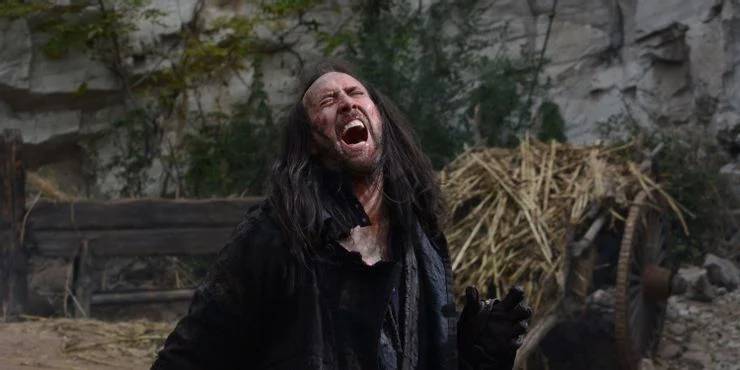 You have to give Cage credit for not being scared to experiment with any genre. In Outcast, he takes on the role of second fiddle to Hayden Christensen in a medieval action-adventure. The two actors play soldiers who band together to save a small kid from a ruler who wants him dead.

Seeing Cage play a renowned outlaw in a medieval adventure should at the very least be entertaining, but many complained that the film failed to do so. Outcast, on the other hand, was dubbed an unforgivably uninteresting adventure. 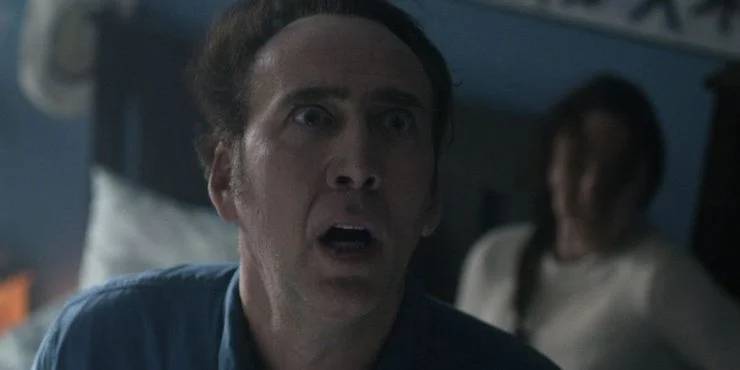 For this disappointing 2015 picture, Cage moved into the spooky horror genre. Cage plays a professor and a family father whose small boy goes lost during a Halloween carnival in Pay the Ghost. He is consumed by remorse and seeks relentlessly for the youngster, uncovering a forgotten secret that may contain the solution.

The picture left critics disturbed, but in all the wrong ways. They criticized the film’s lackluster horror components, which left spectators bored rather than afraid. It was eventually dismissed as an uninspiring shambles. 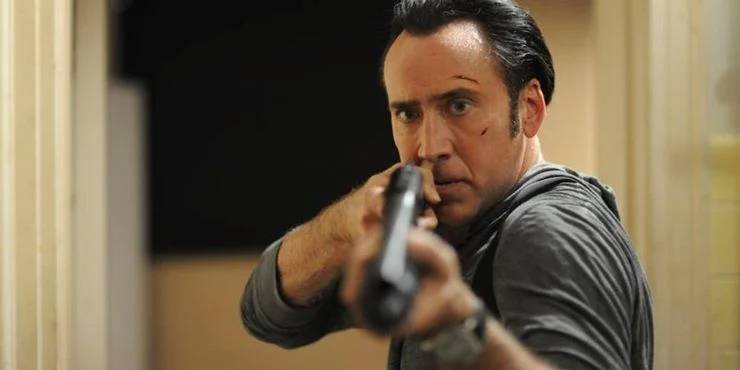 Despite the fact that Cage could usually be counted on to produce an engaging performance, some of his straight-to-video releases over the course of his career tended to merge together as dull action films. Rage, a by-the-numbers revenge film starring Nicolas Cage, about a guy who returns to his violent past after his daughter is murdered.

The film failed to impress critics, who lambasted the cheap feel of it all. Finally, they discarded it as being too uninteresting to give genuine amusement for viewers. 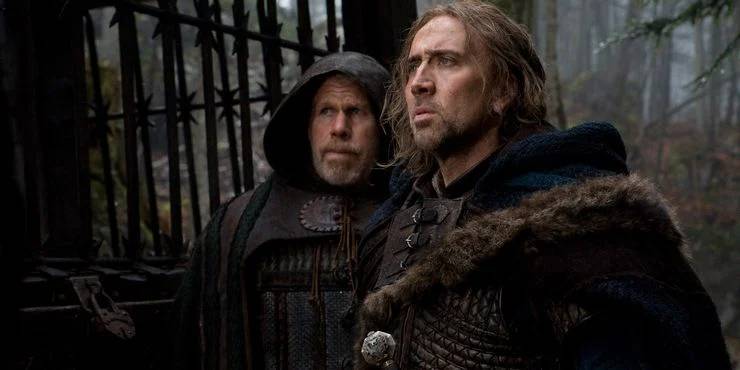 There’s something weird about watching a modern actor like Cage in a medieval setting, and that miscasting may have ruined Season of the Witch. Cage plays a 14th-century knight in charge of transporting a suspected witch to her trial.

Cage is backed up by a superb supporting cast that includes Ron Perlman, Stephen Graham, and Claire Foy. 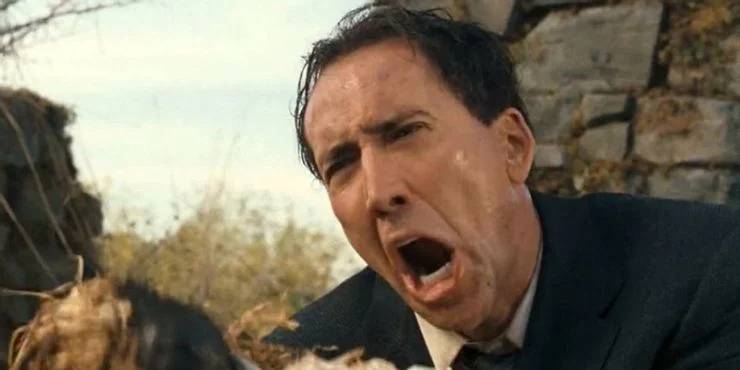 Cage has starred in some very terrible films, but The Wicker Man appears to be one of those films that, despite its ridiculousness, is nonetheless a lot of fun to watch. Cage plays a police officer who travels to a remote island town to find a missing girl in this remake of the outstanding 1973 thriller.

The film could have been a dreary remake, but because to certain bizarre choices made by Cage, it is elevated to something far more exciting and ludicrous. Even if it wasn’t the idea, it makes for some amusing moments. 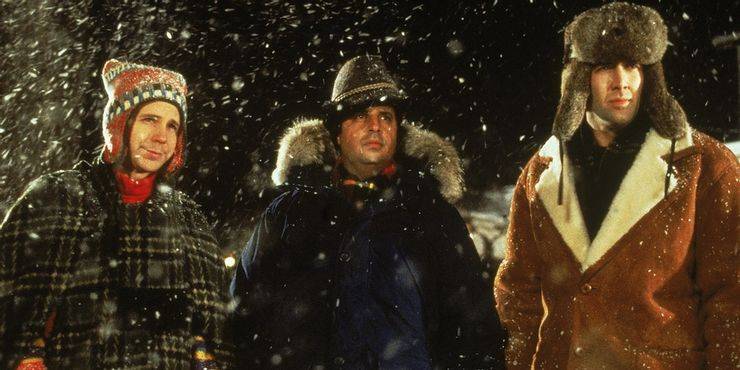 Cage rarely gets the chance to do full-fledged comedies, despite his ability to be hilarious. There could be a legitimate explanation for this, based on the response to Trapped in Paradise. Cage co-stars alongside Dana Carvey and Jon Lovitz as bank robber brothers who find themselves imprisoned in a picturesque town they recently robbed on Christmas Eve.

Despite the talent of those involved, several critics deemed the film unwatchable. The jokes were flat, the chemistry was off, and the story was way too long. 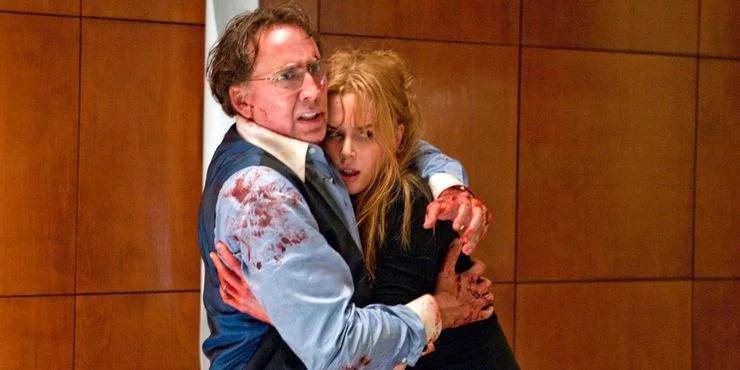 Trespass seems like it could have been a great thriller on paper. Cage was cast alongside fellow Oscar winner Nicole Kidman, the villain was played by Ben Mendelsohn, and the film was directed by Joel Schumacher. Unfortunately, none of the promises were fulfilled.

With this sluggish thriller starring Cage and Kidman as a married couple in the midst of a suspenseful house invasion, critics believed Schumacher wasn’t pushing his filmmaking style too far. In the end, most people felt it to be a negative experience.