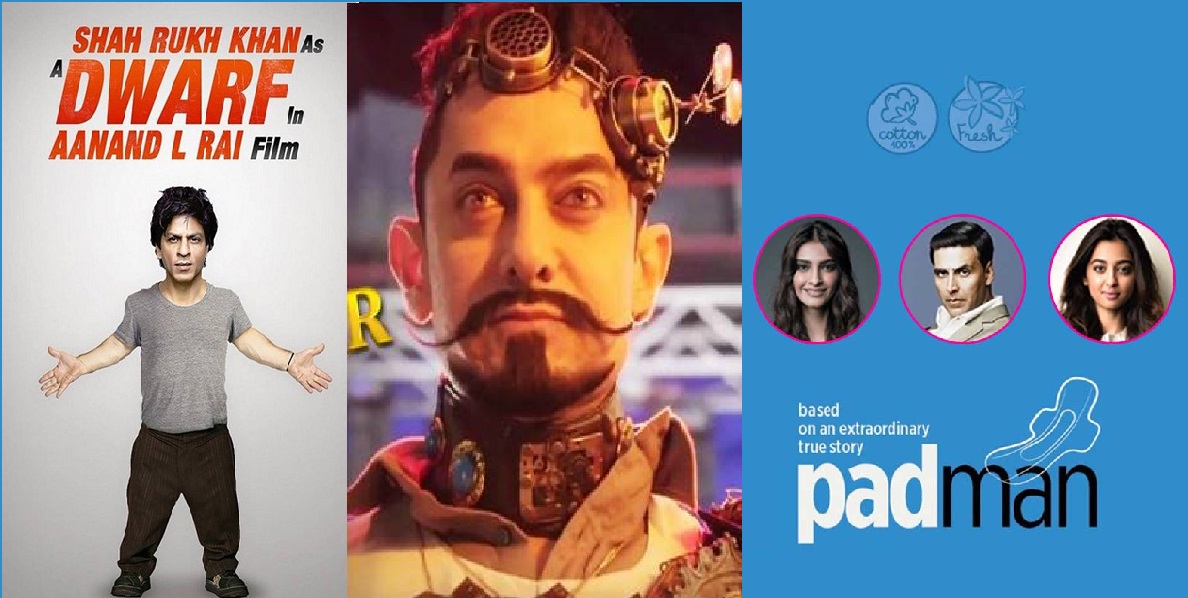 Bollywood Releases hundreds of movies every year, but we only look forward to only a few. Here is a list of Most Anticipated Bollywood Films We All Waiting For

Being one of the most anticipated films of 2017 the sequel will feature the original cast and the Trailer is already Out!! 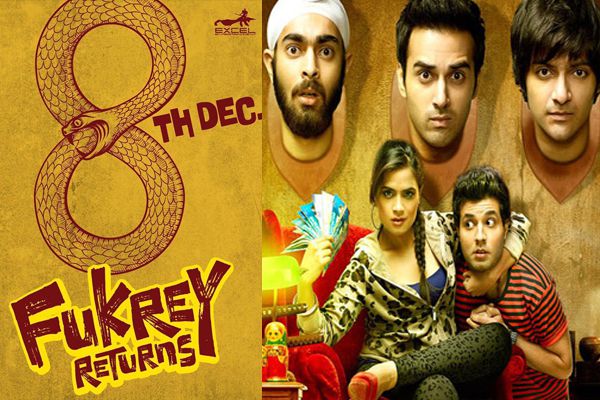 A sequel to the 2010 Tamil film Enthiran, the film will feature Rajinikanth reprising the roles of Dr. Vaseekaran and Chitti, alongside Akshay Kumar and Amy Jackson. The film will be released simultaneously in Tamil, Telugu, and Hindi. With an estimated budget of ₹450 crore (₹4.5 billion), it is the most expensive Indian film and seventh most expensive non-English film ever made. 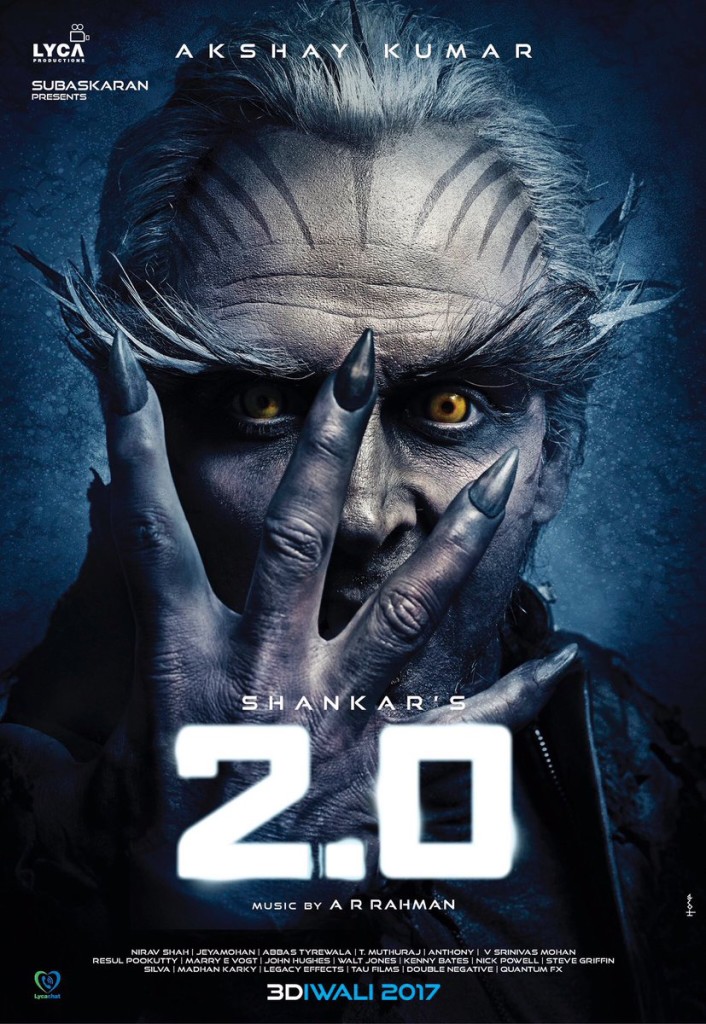 Akshay Kumar will be seen playing Arunachalam Muruganantham, a social entrepreneur who invented the first low-cost sanitary napkins in India. 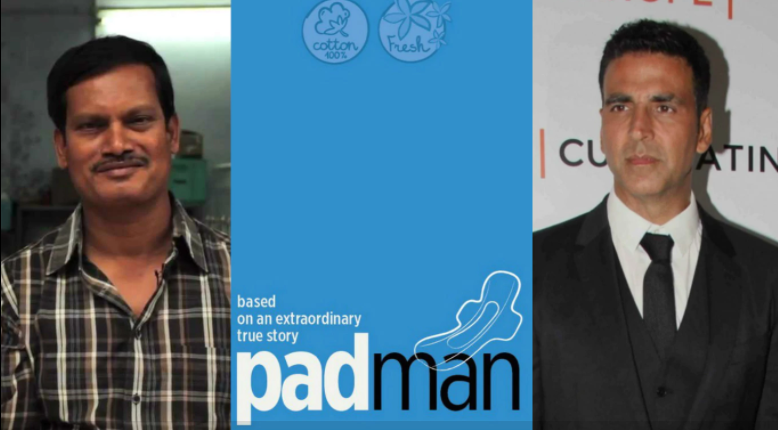 Perfectionist Aamir Khan will play the role of Indian astronaut Rakesh Sharma, the first Indian to travel to space. Fatima Sana Shaikh, who played the role of his daughter in Dangal (2016), has been reportedly selected for playing the role of his wife in the film. Jointly produced by Aamir, Sidhharth Roy Kapur and Ronnie Screwvala, the film’s title is yet to be finalized, with various media reports saying that it will either be titled Saare Jahaan Se Achha or Salute. 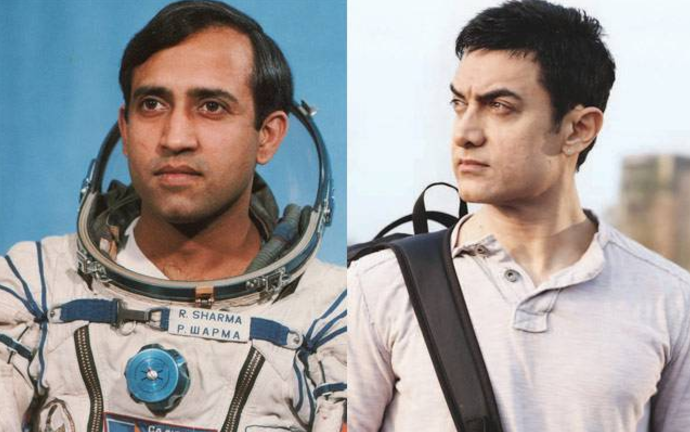 Bhoomi is an upcoming Indian action thriller film directed and co-produced by Omung Kumar. It will star Sanjay Dutt, Aditi Rao Hydari, and Sidhant Gupta. The trailer is already out and it looks really promising as a revengeful father. 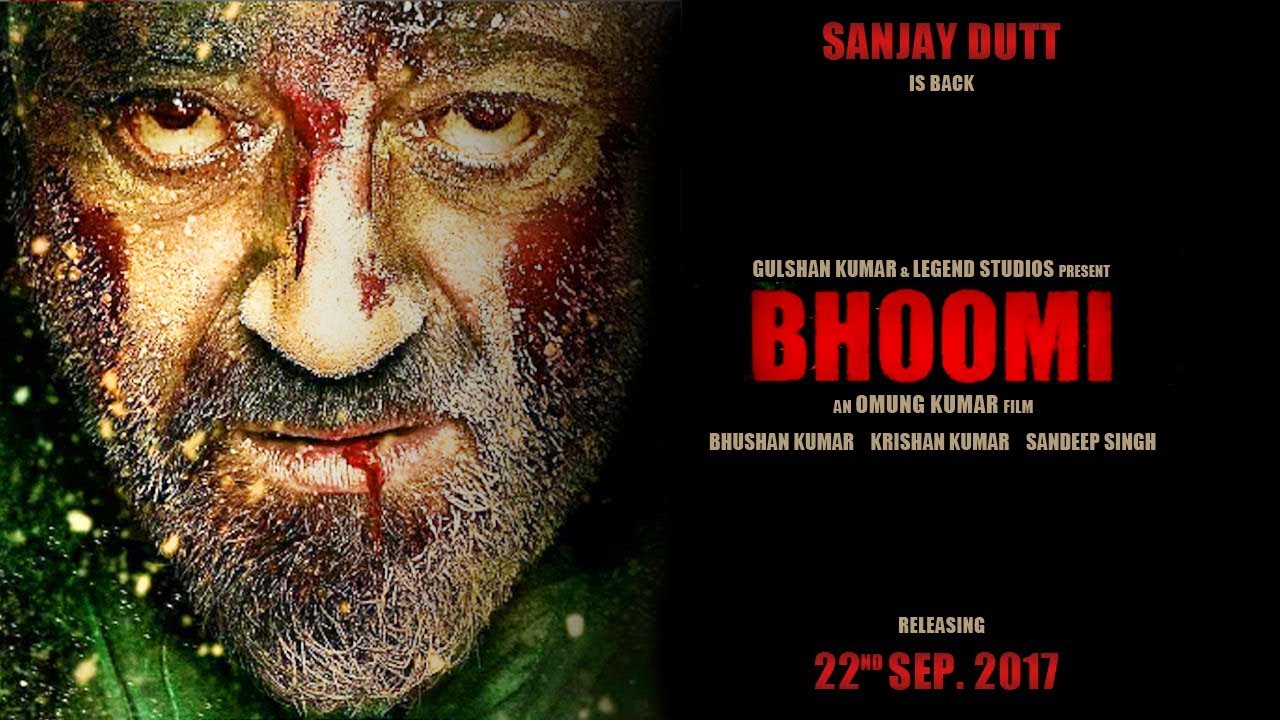 The film is based on the 2014 memoir of the same name by Sanjaya Baru. The first look of the film was released on 6 June 2017 through his official twitter handle. The Accidental Prime Minister film is scheduled to release in somewhere of the winter season of 2018. 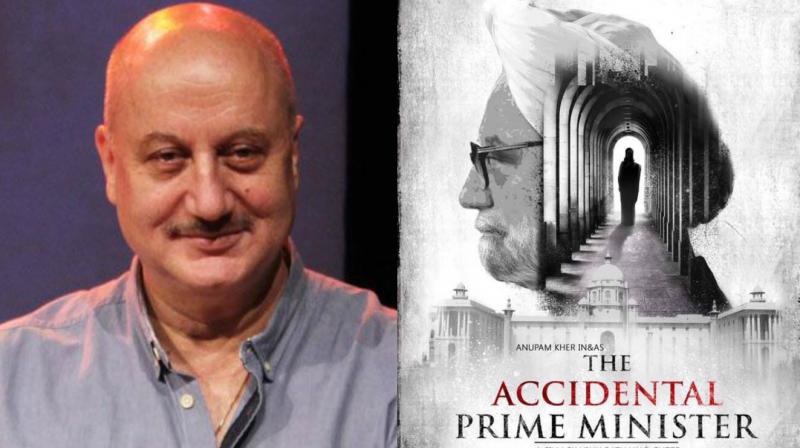 Following the events of Ek Tha Tiger, Tiger Zinda hai will feature the same couple as in its first movie. 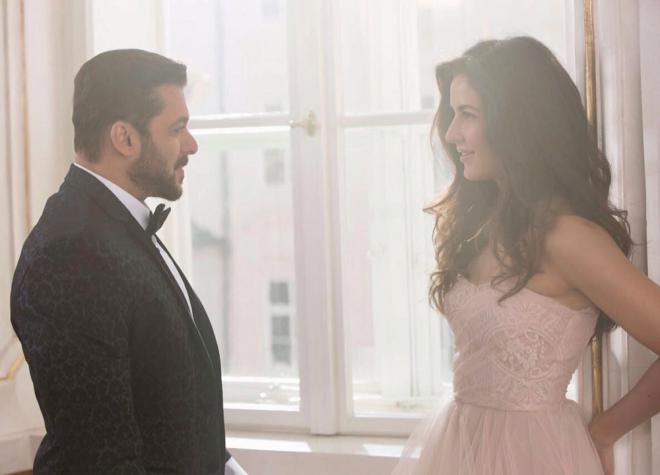 Ranbir Kapoor will be playing Sanjay Dutt, the actor who rose and fell but stood up again, in this Raj Kumar Hirani biopic. 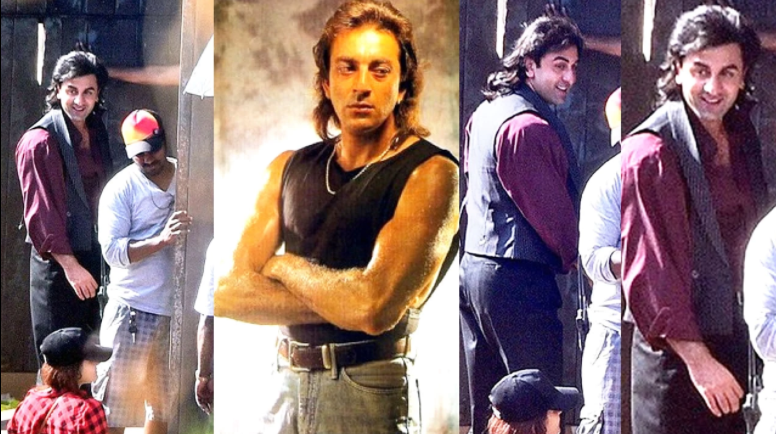 Sanjay Leela Bhansali’s next is the Queen Of Chittor, Rani Padmavati. Deepika will play the titular character while Shahid Kapoor and Ranveer Singh will play Raja Ratan Singh and Allaundin Khalji respectively. 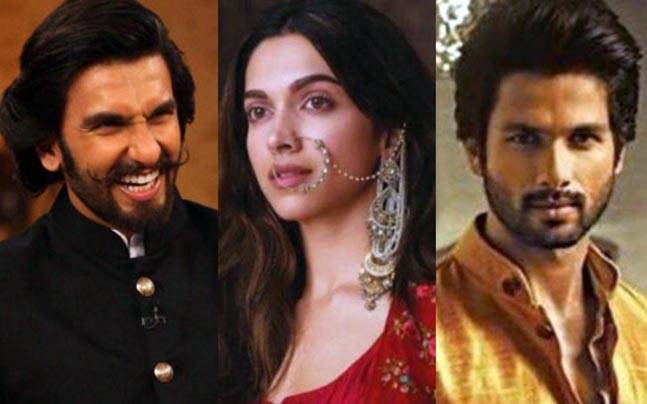 Mudit and Sugandha are all set to marry, however, two days prior to their wedding, Mudit realizes he suffers from an erectile dysfunction, which almost sabotages their wedding after both the families get involved. Leading to a comical mess. 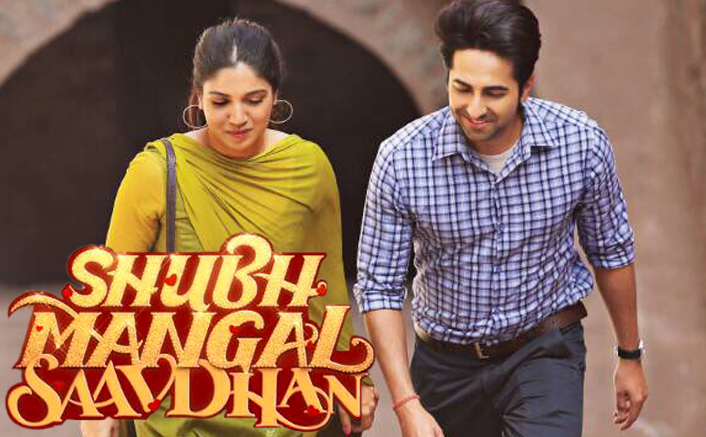 After playing a smart don, a cunning gangster, an obsessed fan, Shah Rukh Khan will now be seen playing a dwarf. The actor will be essaying the role of a dwarf in Aanand L Rai’s upcoming project. We are super excited to catch SRK’s look as a dwarf! 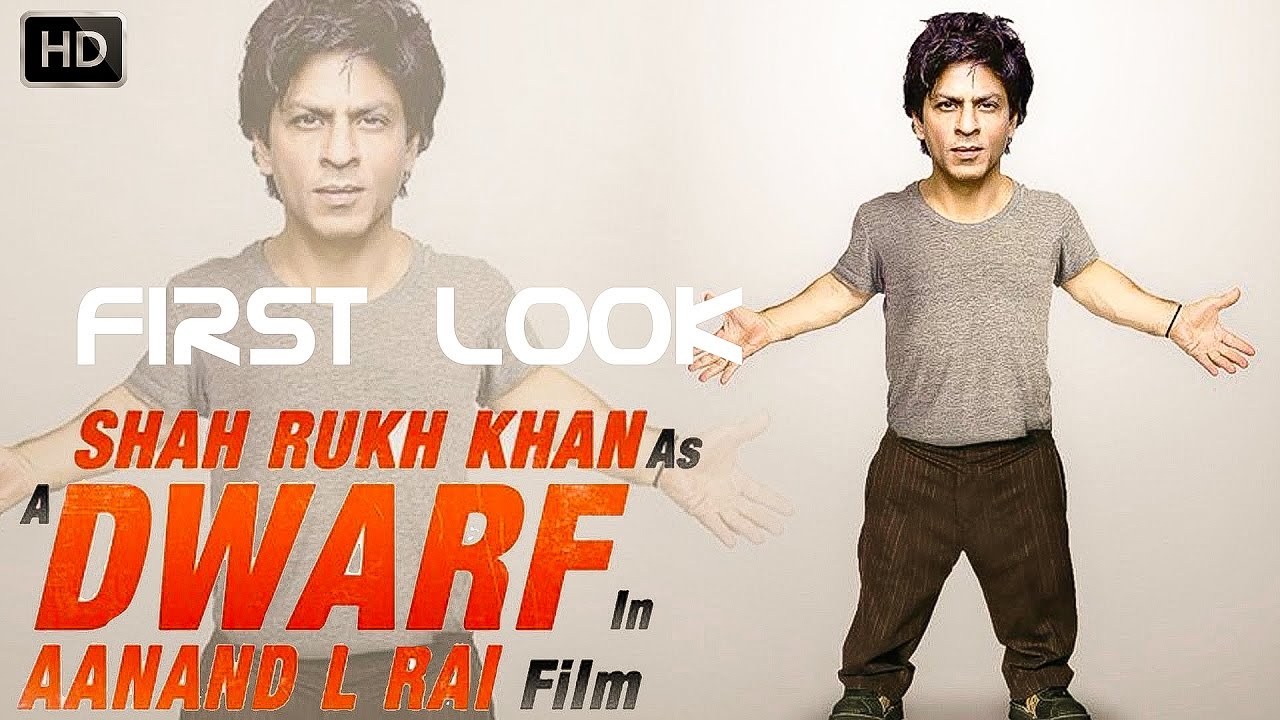 The film features Zaira Wasim, Meher Vij and Aamir Khan in lead roles, and tells the story of a child who aspires to be a singer. Secret Superstar was originally set to release on 4 August 2017, but it was later postponed to 19 October 2017. 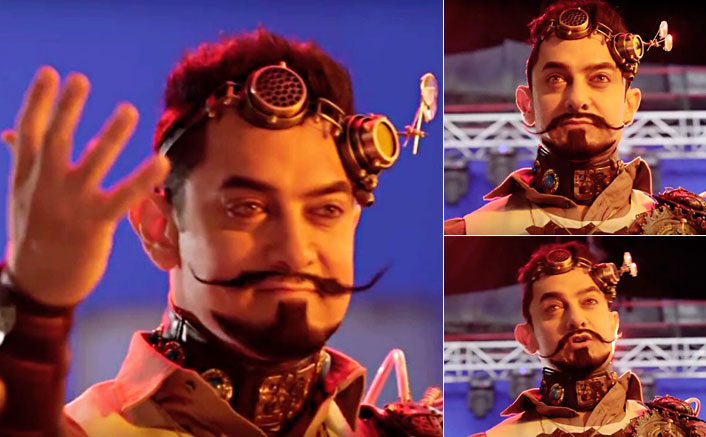 The 2018 film will be based on the music emperor Gulshan Kumar, who will be played by Akshay Kumar! Check the first official Poster! 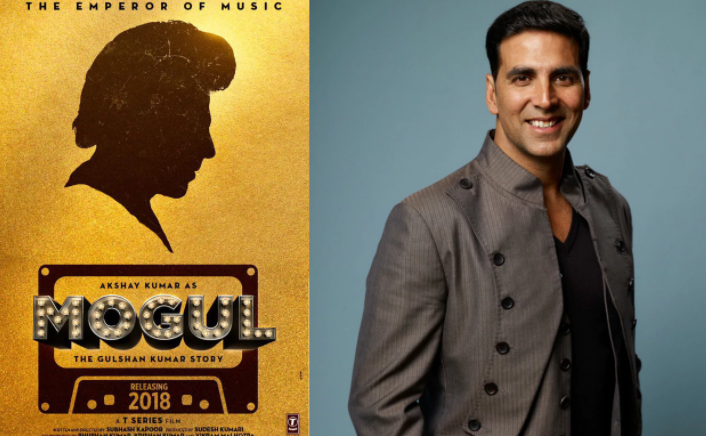 Starring Varun Dhawan in a double role as estranged twins opposite Jacqueline Fernandez and Taapsee Pannu. It is a remake of Salman Khan’s Judwaa DIrected by David Dhawan himself. 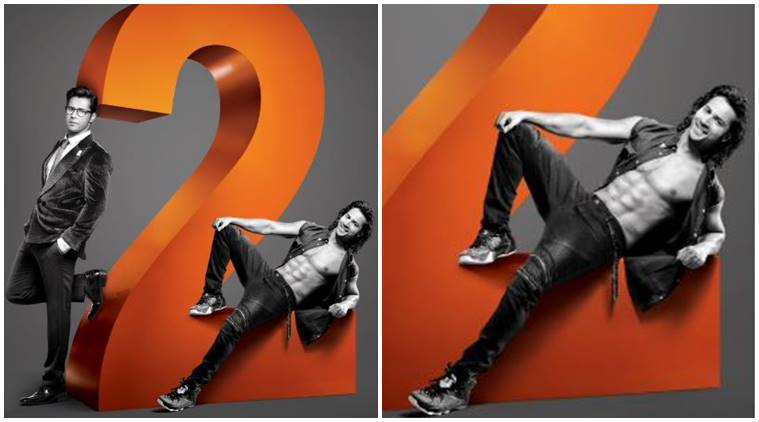 Actor Kangana Ranaut’s ambitious project Manikarnika will see her bringing Jhansi Rani Laxmibai, one of the leaders of the first Indian war of Independence in 1857, live on the celluloid. The story has been written by K.V. Vijayendra Prasad, who was also the writer of blockbuster films like Baahubali and Bajrangi Bhaijaan. The makers are aiming for a 2018 release. 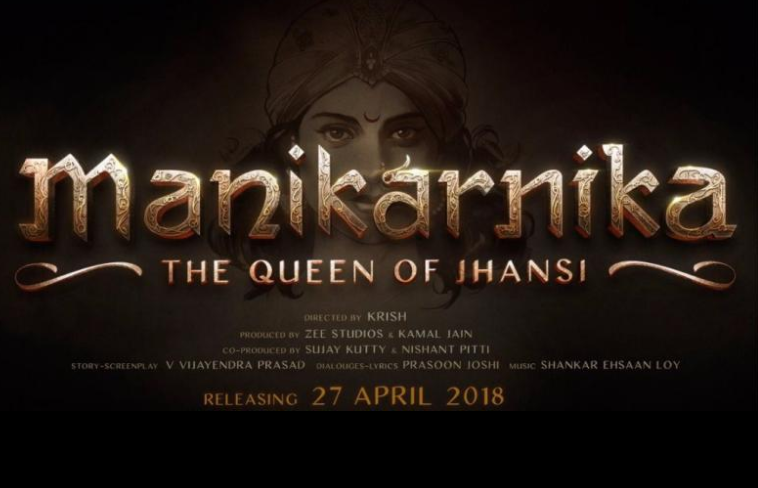 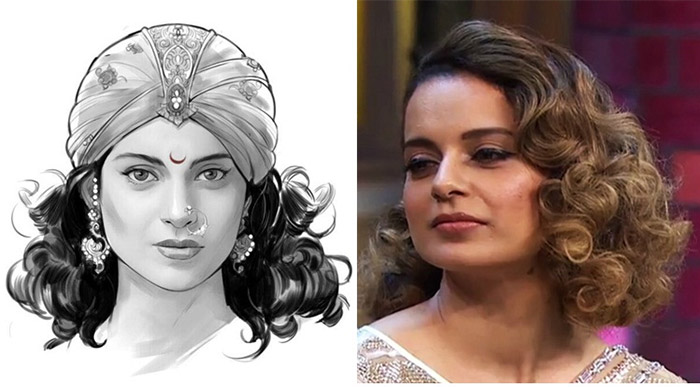 Chef is an upcoming Hindi film directed by Raja Krishna Menon. It features Saif Ali Khan and Padmapriya in the lead roles. It is an official remake of American film Chef. 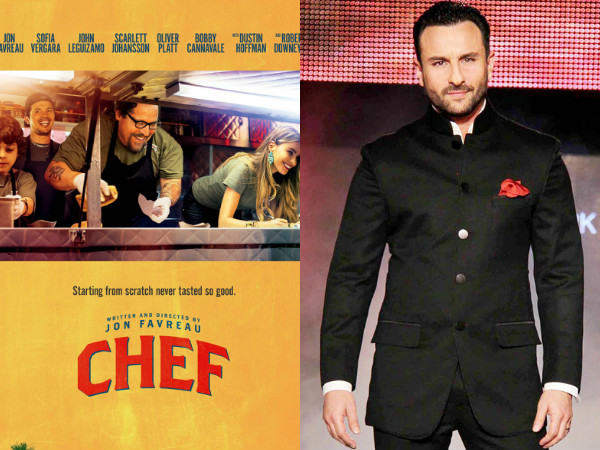 Which movie are you excited for?

HBO Is Planning A GoT Prequel ‘Roberts Rebellion’ And The Potential Cast Looks Awesome!