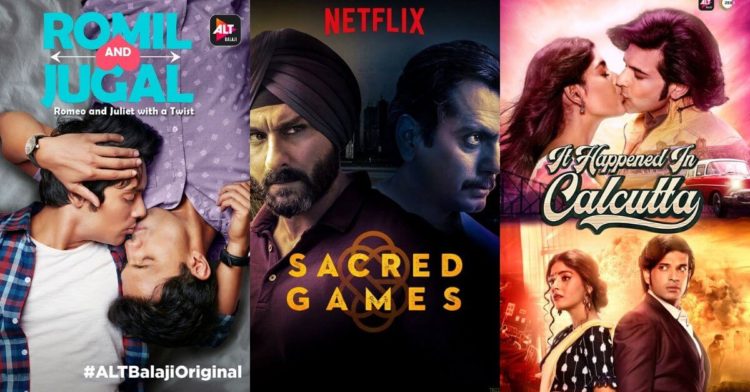 Indian Web Series Worth Watching – Indian web series material has revolutionized the entertainment business in recent years. These Hindi online series produced the kind of unique, daring, distinctive, and intelligent content that millennials like. The popularity of web streaming apps like as Netflix, Amazon Prime, Hot Star, Alt Balaji, Ullu, Prime Flix, and others is growing all the time.

Some of the top Indian Web Series from recent years are worth viewing with family or friends. In these years, the content of these Indian online shows has clearly improved. Not only has the amount of content increased, but so has the amount of demand in the country as a whole. People now prefer web series and OTT platforms to Big Screens, whether it’s because to the internet revolution or the Covid19 shutdown.

These web series to binge watch might add chills and thrills to your weekend. With a packet of pop corn at home, you can have a fantastic time with your friends, coworkers, and family. We’ve compiled a list of noteworthy Indian web series that you may watch at any moment.

So, here’s a list of Must-Watch Indian Web Series to Brighten Your Weekends:

As the title suggests, the entire story revolves around a suspended police officer kidnapping a little girl at her request. Later, he understood he was a part of a plot; watch to learn how he escaped the trap and solved the riddle.

Kiyaan Roy, a successful sexual novelist, delves into his dark thoughts and finds himself caught within them. Will Kiyaan be able to restore his ideal life, or will he lose everything in his quest for pain’s thrill?

Monica Mehra, an army lawyer, is called in to investigate the death of an army officer and two militant suspects in an encounter, which appears to be a closed case. During the inspection, she discovers that the matter is far more complicated than it appears. Watch to see how she decodes the code:

A story about a girl named Tarini Bisht who is a gold digger and doesn’t feel bad about it! Tarini has always desired to live a life of luxury and to possess all that gleams. She relocates from Dehardun to Delhi, where she lives with Amy, her wealthy BFF. The plot thickens when Amy’s fiancée, Veer Shergill, becomes obsessed with Tarini and decides to win her by any means necessary.

Feminism is the theme of the series. The series revolves around four ladies and depicts the ups and downs of a woman’s life. They fall in love, quarrel, make mistakes, and discover life in Mumbai’s rush and bustle. We’ve seen lads on vacation before, but Season 2 is something we’ve all seen for years and years.

The series Hacked, starring Rohan Shah and Hina Khan, is based on the life of a teenage hacker named Rohan who was responsible for the enslavement of many young women. He had fallen for his next-door neighbor Hina Khan, and when she refused, he utilized technology to hack her life. It’ll be interesting to see how she gets out of it:

It Happened in Calcutta

AltBalaji recently aired this lovely web series. A love story set during the cholera epidemic of the 1960s and 1970s that afflicted the entire world. Season depicts the ups and downs of Ronobir and Kusum’s blossoming love. Because it happened in Calcutta, it was a leap of faith and a tie-in to a once-in-a-lifetime love tale.


The series depicts adultery, Section 377, income disparity, and sexual assault, as well as a highly realistic, entertaining, and thought-provoking portrayal of the Indian wedding circus. Tara and Karan, two wedding planners and friends, are the central characters in Made in Heaven.


A desi vengeance Drama with a lot of twists and well-developed characters. Mirzapur gained a lot of traction, and those who saw it became fans, eagerly anticipating the release of season 2. Mirzapur Season 2 will premiere at the end of 2020, according to reports.


The repeal of Section 377 has given LGBTQ individuals in India hope. When Romil & Jugal aired section 377, this fresh and never-before-seen Gay love version was packed with masti, masala, emotion, comedy, songs, and drama that will have you wanting more.


Sacred Games defies all prejudices associated with Indian film. It demonstrates what it means to be a ‘Unsanskaari.’ Both seasons of Sacred Game were packed with memorable speech that became the topic of memes. Despite the fact that season 2 failed to wow the audience, we still recommend this:


Sex Chat with Pappu & Papa was the perfect beginning to sex education in India, where it appears to be a taboo subject. It demonstrates that the subject is not as difficult as it appears, and that we can easily portray it to our youngsters.


The film is directed by Manoj Bajpayee and stars Manoj Bajpayee. The Family Man is a web series about a spy. A Mumbai-based spy, torn between duty and family, wants to go on a mission. The series is well-written and packed with memorable characters.

This road trip was centered on the Sibling Bond and focused on romance or self-exploration. No one understands us as well as our siblings, and Tripling reminds us of our family vacations.

If you grew up in the 1990s, Yeh Meri Family is a great binge watch. A touching family tale depicted through the eyes of Harshu, a nine-year-old boy. It takes us back to our childhood, to the fights we had with our siblings and the love we had.