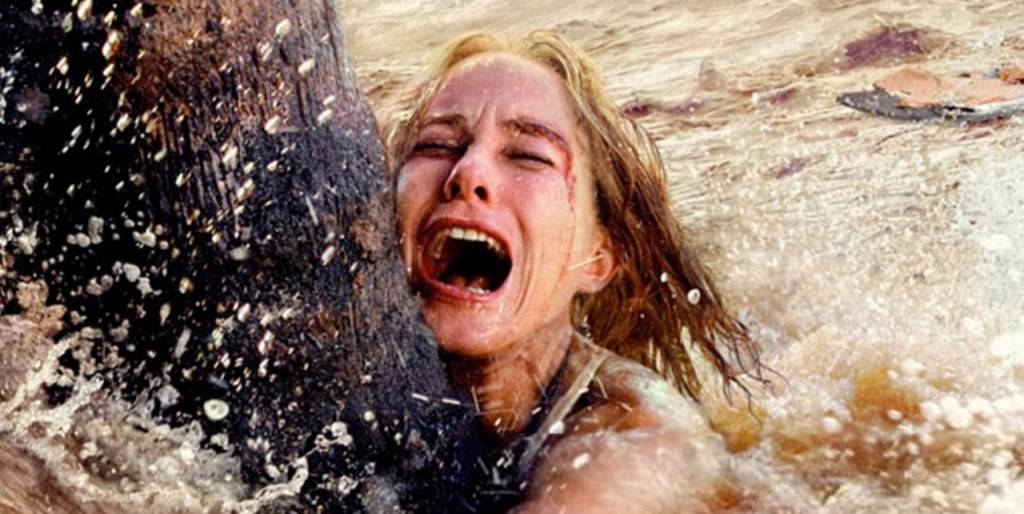 A 50-foot wave, torrents of rain, and a tremendous storm that flooded entire cities. Tsunamis leave a trail of death and ruin in their wake, destroying not only property but also lives. The human spirit, on the other hand, has always been and will continue to be resilient. Following the Indian Ocean disaster, the Indian community, as well as Katrina victims, rebuilt their lives.

Natural catastrophe films, and hence tsunami films, are always full of suspense, action, and a strange adrenaline rush. We’ve compiled a selection of films that cover all of these topics and more. Tsunami-themed films range from standard disaster films in which people scramble to flee a massive wave to films like The Impossible, which depict the aftermath of such a disaster. With that said, here is a list of the best Tsunami films ever made. Many of these tsunami films are available on Netflix, Hulu, or Amazon Prime.

According to the Mayan calendar, the end of the world has arrived. A catastrophic earthquake and the ensuing massive deluge are going to wipe humanity off the face of the earth. In the midst of it all, Curtis, a struggling writer, and his family are attempting to survive and determine whether they deserve to exist in comparison to the world’s wealthiest few. Watch as this unyielding bunch tries to beat the clock and emerge unhurt from the calamities that follow in their wake. 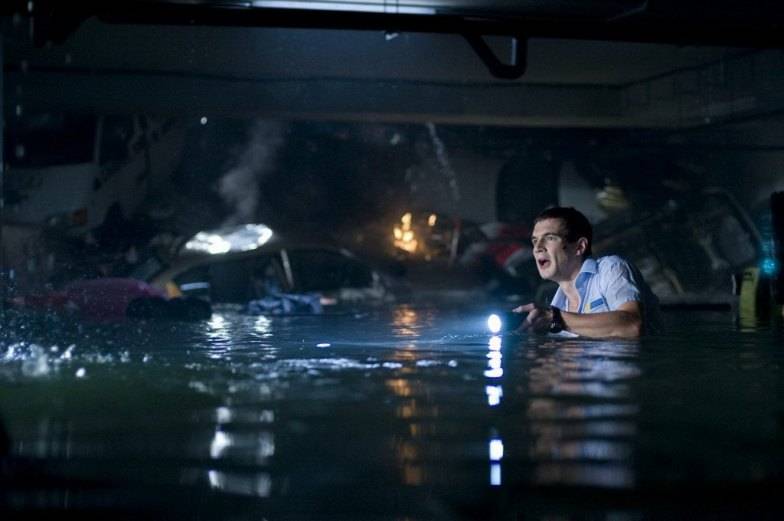 As if a tsunami wasn’t bad enough, there are also great white sharks in this one. After a devastating tsunami strikes the Queensland coast, a group of individuals are trapped inside a store with no method of communicating with the outside world. If a flooded store and the threat of death weren’t enough, they now had to worry about something else. Along with the flood water, a great white shark entered the supermarket and is now desperate for their blood. The only question now is how these poor individuals would choose to die: drowning, electrocution, or being gobbled by the voracious shark. 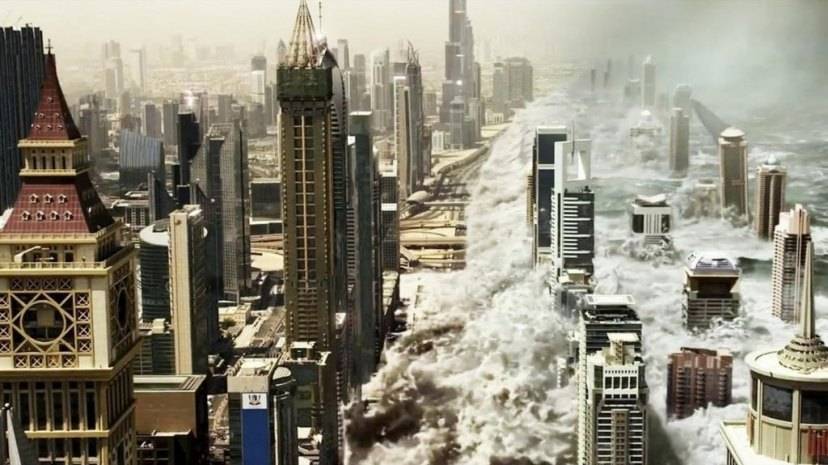 The scientists devised a fantastic technique to counteract the devastating human effects on the ecosystem. They launched a group of satellites into Earth’s orbit with the possibility of predicting and avoiding natural calamities. When the guardians transform into destroyers, two brothers must rise to the occasion and repair the satellites before they destroy the planet themselves. 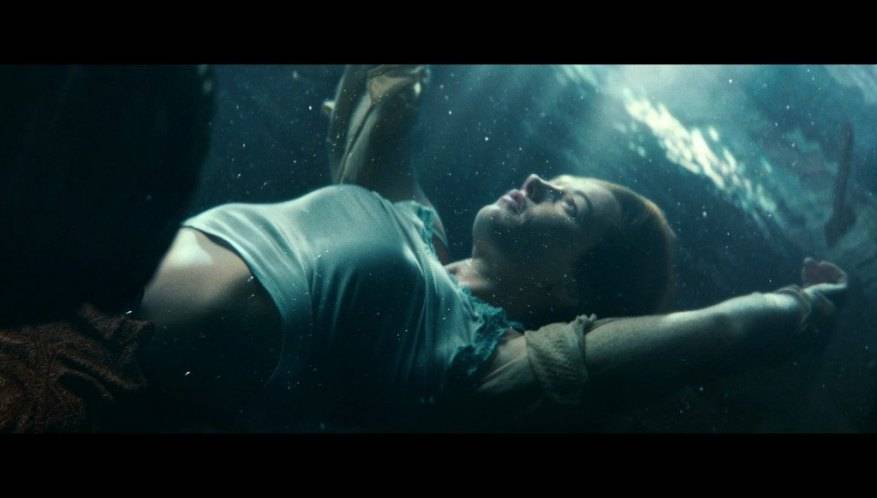 Clint Eastwood offers a unique and unconventional perspective on mortality and how lives connect unintentionally in this bizarre planet. During the 2004 Indian Ocean tsunami, French television journalist Marie Lelay experiences a near-death experience while on duty in Thailand. She had been clinically dead for a long time after drowning and is only resurrected by rescuers. On the opposite side of the globe, Geroge, a genuine psychic medium who can communicate with ghosts from the afterlife, is attempting to shed his mediumship and live a normal life. Marcus, a 12-year-old in another location, is attempting to reach his deceased twin brother for answers. Destiny places these three strangers on a journey that brings them closer together. What happens when three people, each dealing with a near-death experience in their own unique way, collide? 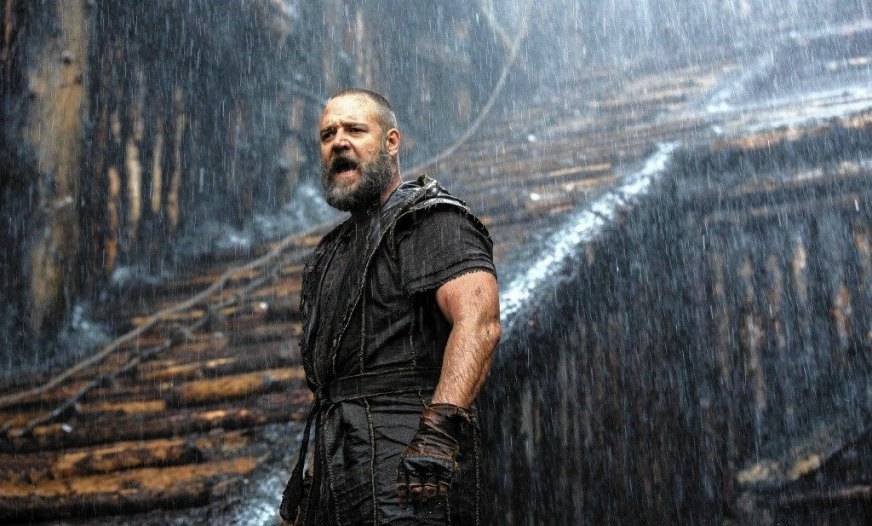 I debated putting this film on the list for a long time. Although it isn’t technically a tsunami film, what will you consider if you don’t include the Great Flood on this list? As a result, here I am, flying by the seat of my pants. This film is one of the best adaptations of the biblical account of Noah and the great flood, which swept across the globe and drowned countless civilizations. The plot is based on the legend that God appeared to Noah in his dream and told him that he was about to destroy humanity with a huge flood and that he should preserve “two of every animal kind” to save the planet’s legacy. The work, however, is not as straightforward as it appears. Noah must continue towards his objective while dealing with skeptics and those who question God’s existence, as well as his own family’s misgivings. His own doubts and prejudices don’t help matters, either, leading to an intriguing conclusion.

Around 2000 guests are aboard the enormous cruise liner Poseidon on New Year’s Eve, having the time of their lives. However, their happiness is short-lived when the ship capsizes in the midst of the North Atlantic Ocean. In this time of survival, a group of people have decided not to wait for the rescue, which may never arrive. Death is tracing their steps as they struggle to get out to save themselves and their families from the terrible strike of death’s blade. 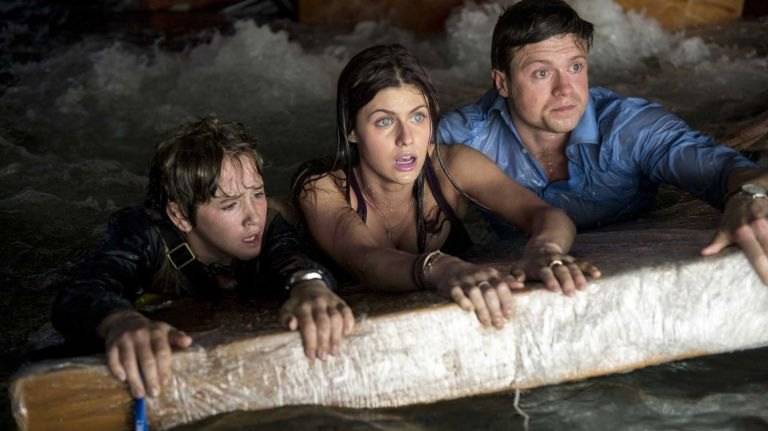 San Andreas, California is in the midst of the world’s worst natural disaster. Ray, a rescue pilot, is searching for his daughter Blake during the world’s biggest earthquake and 50-foot enormous tidal waves. Emma, his ex-wife and Blake’s mother, is on his team. Despite their differences, they have formed an unbreakable relationship in order to save their baby girl from certain death. Blake and her two pals are waiting for their rescuers on the other side of the flooded city. Will they be able to persevere?

On Christmas, a typical American couple and their two children travel to Thailand for a vacation. They end up in the center of the 2004 Indian Ocean tsunami, which killed thousands of people and wrecked entire countries. Maria and her oldest son are separated from each other and hunting for her husband and younger kid in the midst of the chaos. Separately, they are each going through their own hell and attempting to make sense of the devastation that has occurred. Will the family ever be reunited? 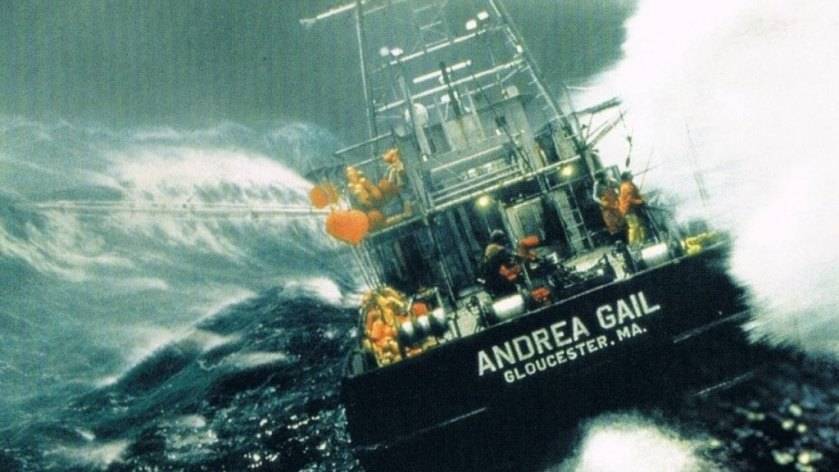 A deadly storm has emerged in the North Atlantic in October 1991. Unbeknownst to them, a fishing boat captain and his crew had braved the hard weather in search of a fresh catch. They quickly understand, however, that their defiance of nature may cost them their lives. Their loved ones wait for them at home with fear and desire as they joke with nature, which is set on destroying them. Fighting the raging seas, the captain and his stranded crew must stay alive before being drowned or starved to death. 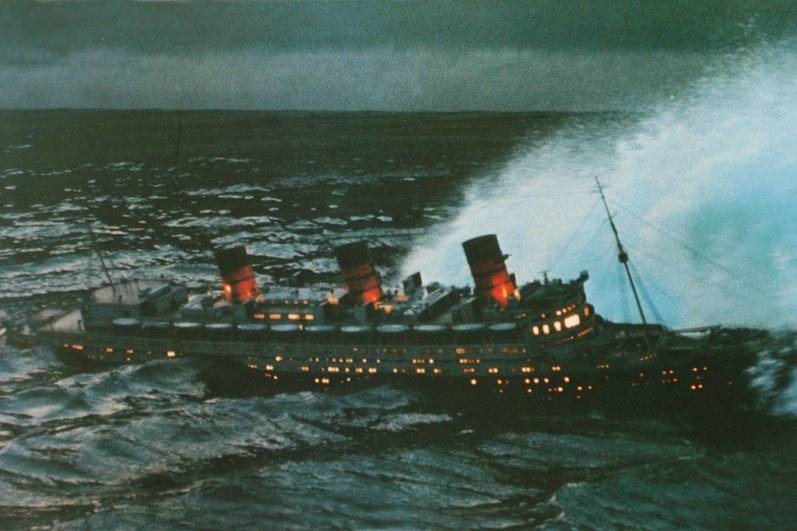 Terrorists assault the cruise ship Poseidon on New Year’s Eve, causing the ship to capsize in the middle of the ocean, trapping the passengers within. A party of survivors determined to survive is going through to the bottom, which is the new top, led by a priest and a homeland agent. What they don’t realize is that they don’t just have to worry about the water. A secret and deadly entity is poised to extinguish them. 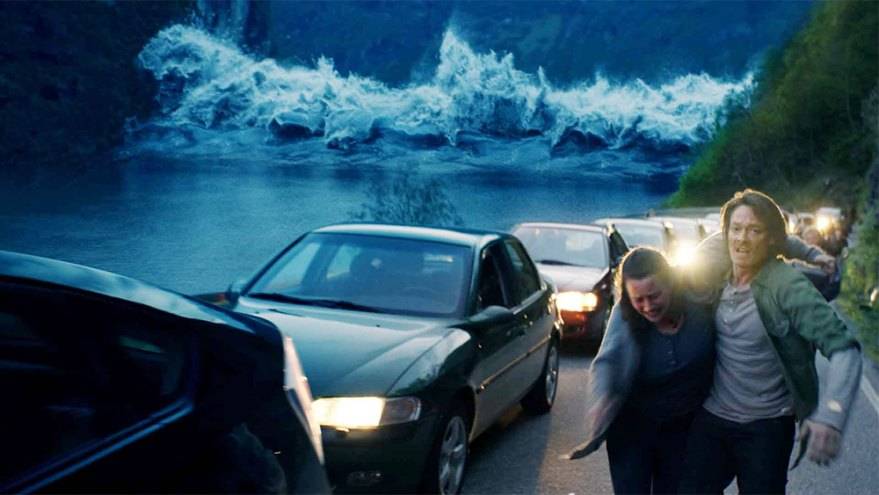 Kneset is a massive mountain pass in Norway’s Geiranger fjord that could become the site of a major mountain disaster at any time. Kristian Eikjord is a geologist who is relocating his family from Geiranger to Stavanger. His notices several weird incidents surrounding the pass on the night of his farewell, but dismisses them as typical and insignificant. However, as Kristian is leaving town, he experiences an epiphany that causes him to assume that an avalanche will occur in the mountain pass. The avalanche hits just as he tells his coworkers, and the small hilltop town is engulfed by an 80-foot tsunami. Kristian and his family are scrambling to evacuate to higher ground as the incoming deluge approaches with barely 10 minutes to spare. This film is based on a genuine forecast that the Geiranger mountain pass could fail at any time. 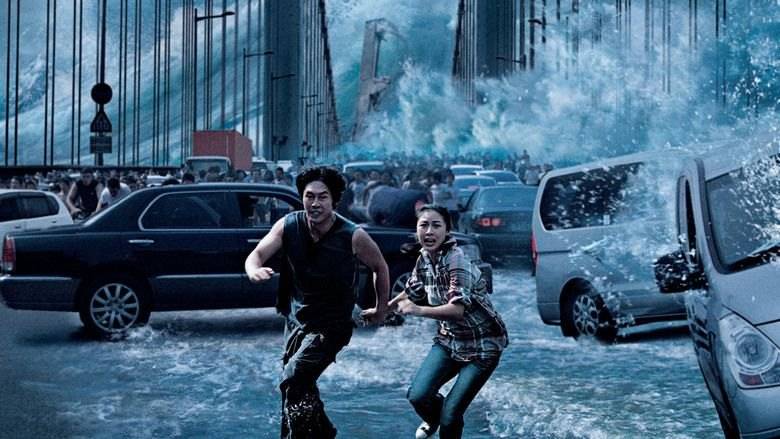 Professor Kim is a marine geologist who has recently made an extraordinary discovery. A massive tsunami is poised to smash the Haeundae area of Busan, which is located on Korea’s southern point and is a major tourist destination with hundreds of beaches. He tries to alert the authorities, but he is dismissed and mocked. In the midst of the chaos, two couples of various backgrounds are stranded on a beach that is going to be swamped by the approaching storm. To save themselves and their loved ones, the group must trust their instincts and do the impossible: outrun a 50-foot wave.

Latest Update On Super Potty Trainer From Shark Tank | How Is Is Doing?