The crime drama series ‘Better Call Saul,’ created by Vince Gilligan and Peter Gould, is based on the arrogant lawyer Saul Goodman from ‘Breaking Bad.’ The spinoff follows Jimmy McGill, a formidable lawyer and former con artist, as he descends into the criminal underbelly of mid-2000s Albuquerque as a prologue to the original series.

With the arrival of the Juarez drug gang in the fifth season, the storyline has already become convoluted. While collecting four nominations at the 72nd Primetime Emmy Awards, the season brings the story to its inevitable conclusion. The fifth season takes place in and around Albuquerque, where landmarks such as the “drug house” and Los Pollos Hermanos have become iconic. You may, however, be curious as to where the season was shot, and in that case, you can count on us. 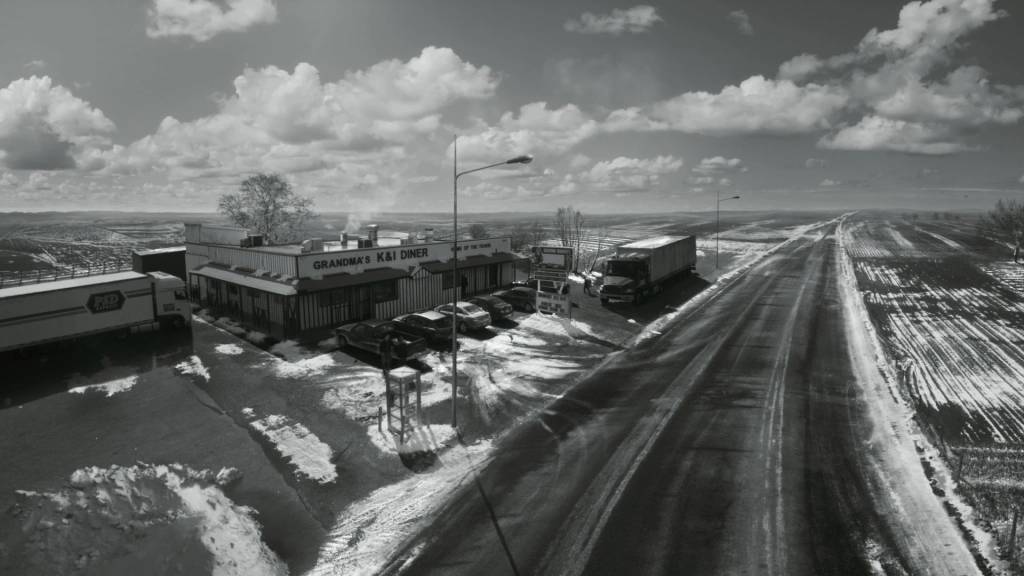 Gene visits a cafe in Missouri to begin the fifth season. However, the scene was shot at Grandma’s K&I Diner in Albuquerque, a low-cost suburban cafe located at 2500 Broadway Boulevard South East. Following that, Gene visits Cinnabon, which features in the first episode of every season of the program. The Cottonwood Mall serves as a stand-in for the onscreen location, which is intended to be in Omaha, Nebraska. The actual structure is located at 10000 Coors Bypass North West in Albuquerque. 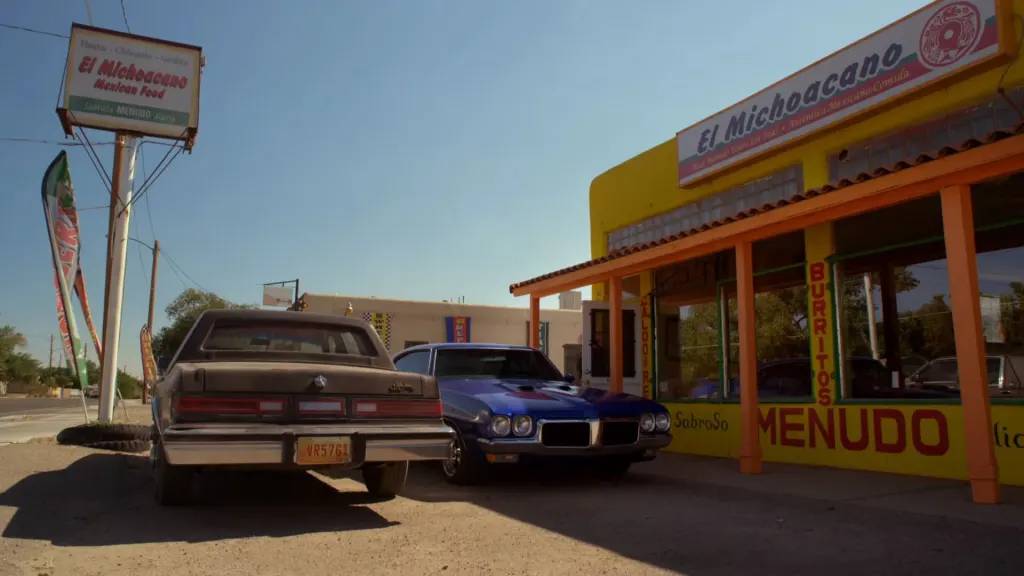 The vacuum cleaner store that Gene phones Ed in the opening episode of the fifth season appears to be located at 2714 4th Street North West. ‘El Camino,’ a ‘Breaking Bad’ spinoff film, features the locale in a few sequences. El Moreno Restaurante y Paleteria is the real El Michoacano Restaurant, which is where Nacho and his group hang out. 2511 Isleta Boulevard South West is the address of the Mexican restaurant. The Bernalillo County Courthouse, located at 400 Lomas Boulevard North West in Albuquerque, is the courthouse depicted in the show. 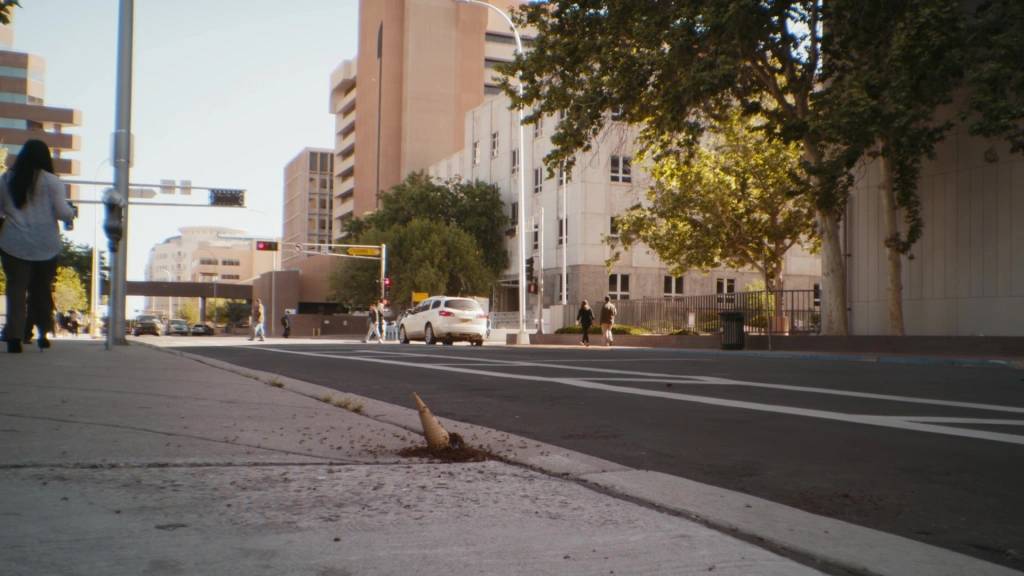 The petrol station seen in the second episode of the fifth season is located directly across the street from the courthouse, at 400 Lomas Boulevard North East, and includes a convenience shop. A famous scene from the same episode was shot near the 8504 Estates Drive North East property. In the series, another residence at 1501 San Patricio Avenue South West serves as a stand-in for Nacho’s home.

Nacho is picked up from his residence and taken to the restaurant Bienveniidos Amigos! in one of the season 5 episode 2 sequences. The sequences were allegedly shot at Juanita’s Comida Mexicana, a Mexican restaurant and drive-thru located at 910 4th Street South West. 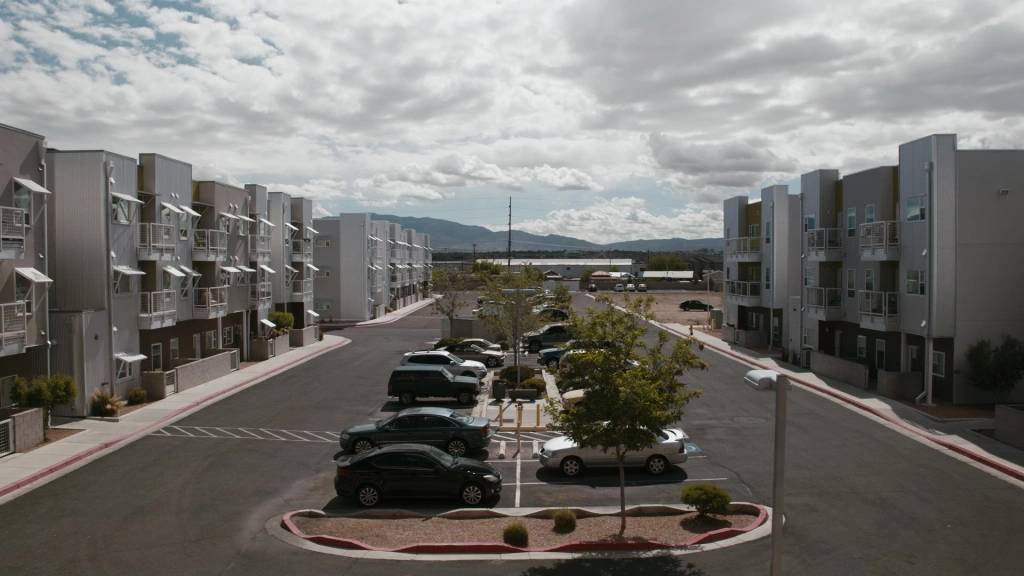 Albuquerque is also home to Kim’s private community. The outside sequences were shot on the grounds of The Artisan Apartments, a development located at 1751 Bellamah Avenue North West in Brisbane. Jimmy and Kim go house hunting in the fifth installment’s second episode; the scene was filmed at 8904 Roys Place North East. Lalo encounters Hector in his retirement home near the end of the episode. The sequence was shot in La Fonda del Bosque, a restaurant at Albuquerque’s National Hispanic Cultural Center at 1701 4th Street South West. 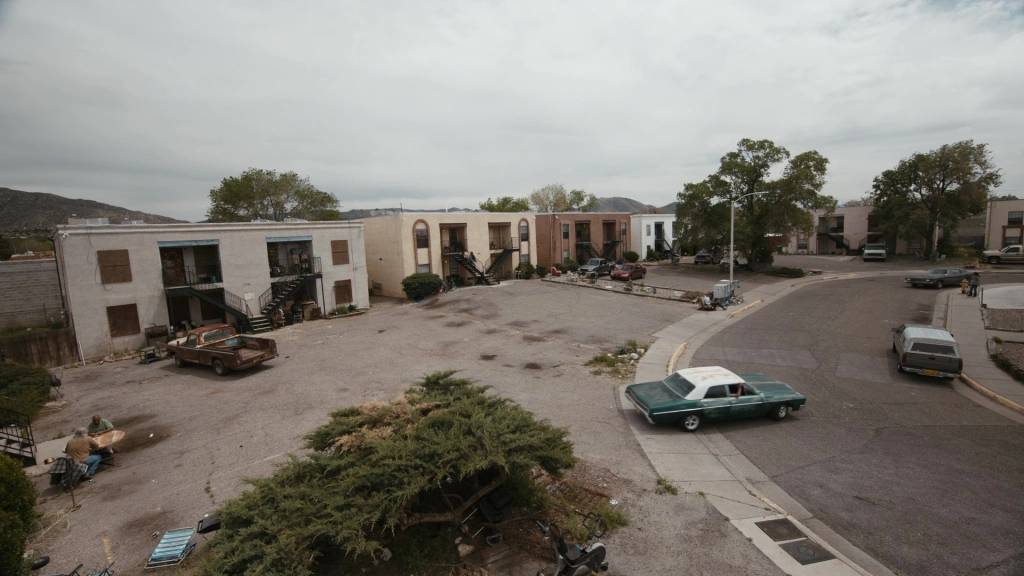 The crew, on the other hand, seized a property in 8613 La Sala Del Centro North East to film sequences involving Mike’s granddaughter’s home. In addition, this place is featured in the season’s fourth episode. The crew rented an apartment at 11124 Ventura Place in Albuquerque to film the drug house sequences. Saul and Nacho go to a racetrack in the third episode. The sequence was shot at Memorial Speedway Go-Kart Track in the city’s outskirts, on Los Picaros Road South East. A museum has been built on the site of an old racetrack. 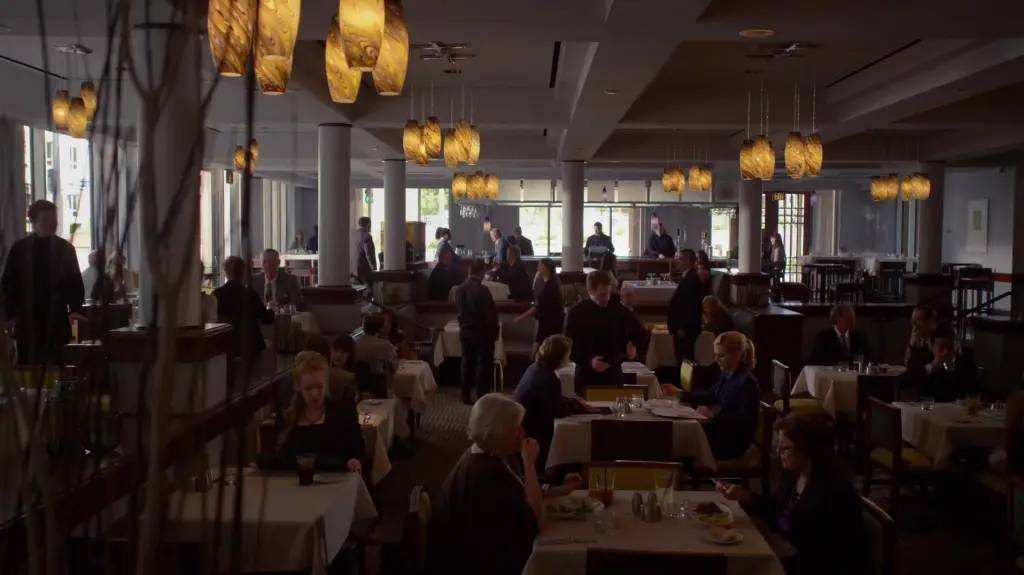 In the fourth episode of season 5, Jimmy had lunch with Howard in a swanky restaurant. The scene was shot in downtown Albuquerque at 330 Tijeras Avenue North West. Los Pollos Hermanos makes an appearance in the episode as well. The crew returned to Twisters Burgers and Burritos, a burrito restaurant at 4275 Isleta Boulevard South West, to film the sequence. In the seventh episode, Nacho and Gus damage another home at 6301 Gibson Boulevard South East, which doubles as the second Pollos location. Blake’s Lotaburger was the previous name of the establishment. 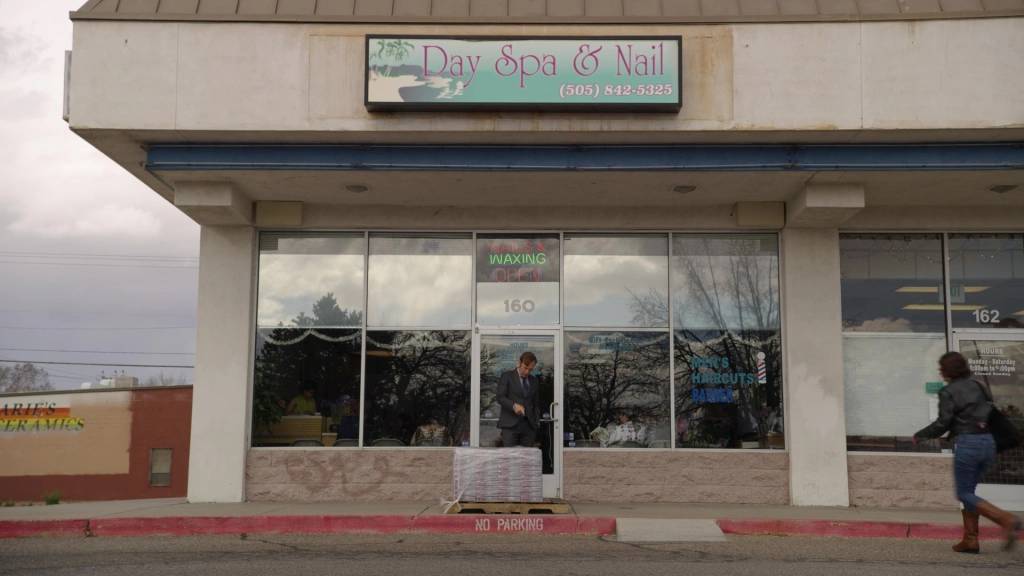 In the fifth and sixth episodes of season 5, a nail salon serves as Jimmy McGill’s old office. Day Spa & Nails, a Vietnamese nail parlor in Albuquerque, is located at 160 Juan Tabo Boulevard North East. Meanwhile, Kim’s office, Schweikart & Cokely, is located in the historic Simms Building at 400 Gold Avenue South West. Mike goes to the library for research in the sixth episode of cycle 5. The San Pedro Public Library, located at 5600 Trumbull Avenue South East, is the external location in this case. 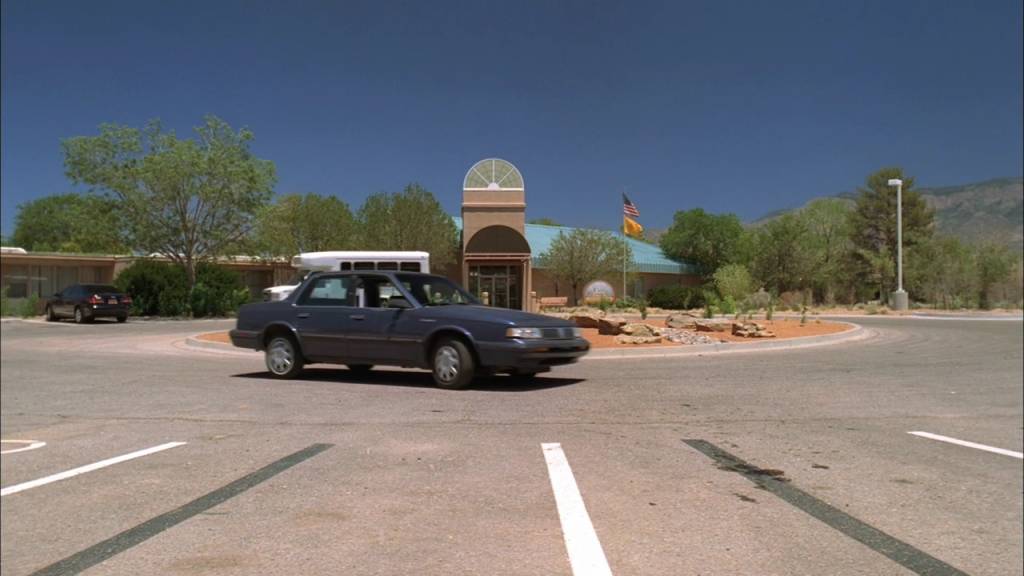 Lalo pays a visit to Hector at the nursing home in the ninth episode of Season 5. The scene was shot at Avamere Rehab at Fiesta Park, an Albuquerque nursing home and rehabilitation center at 8820 Horizon Boulevard. Jimmy and Kim are hiding in a downtown hotel in the season finale. The scenes in the hotel appear to have been shot in the Hotel Andaluz Albuquerque, a four-star establishment located at 125 2nd Street North West.

For sequences representing Mike’s residence, the location scouts appear to have found a great match at 204 Edith Boulevard North East. 501-599 4th Street North West, 2718 Manzano Street, and 6021 Anderson Avenue South East were among the locations where additional sequences were shot in and around Albuquerque. 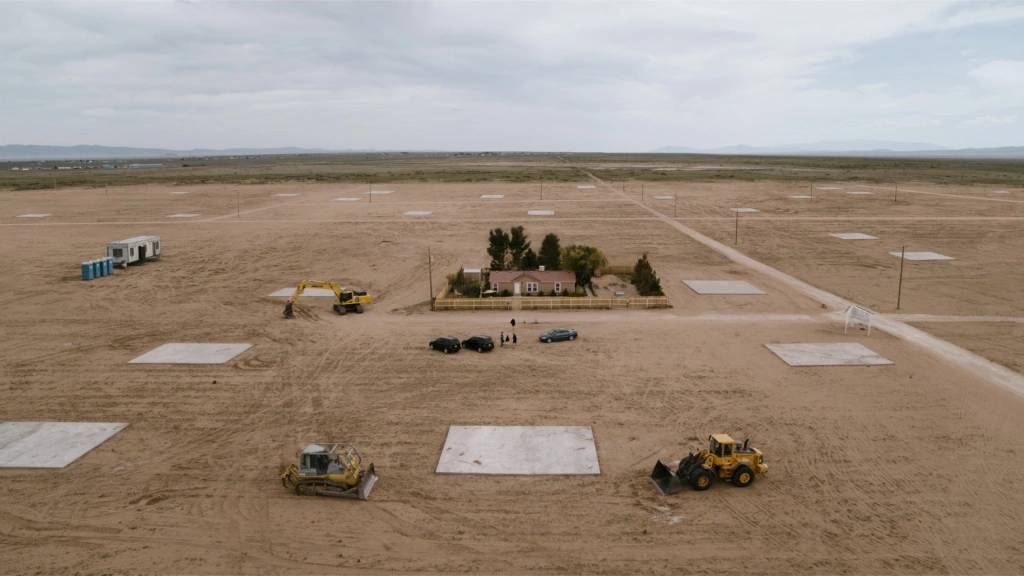 The city of Belen in New Mexico serves as the setting for a few sequences in season 5. Jimmy goes to a sketchy thrift store at the start of the fourth episode. The sequence was shot at Bethlehem Thrift Shop, located at 1300 South Main Street in Belen. Mr. Acker’s home, which Mesa Verde intends to demolish, is located at 158 Rayo Road near Belen, about 35 miles south of Albuquerque.

The production crew frequently went outside to capture New Mexico’s desolate scenery. As a result, several sequences in the fifth season of the show were shot in Sandoval County, New Mexico. Scenes in the village of Corrales, particularly those involving Lalo’s vast estate in the series, were shot by the crew. These sequences were reportedly shot on an estate at 12 Camino de las Brisas in Corrales, according to insiders.

The outside setting for Howard’s house, on the other hand, was given by a property located at 40 Camino Vega Verde in Corrales. In addition, the team shot a few important sequences in Placitas, a census-designated place. The crew used 491 State Highway 165 near Placitas for Don Eladio’s estate. There’s even a pool on the property. 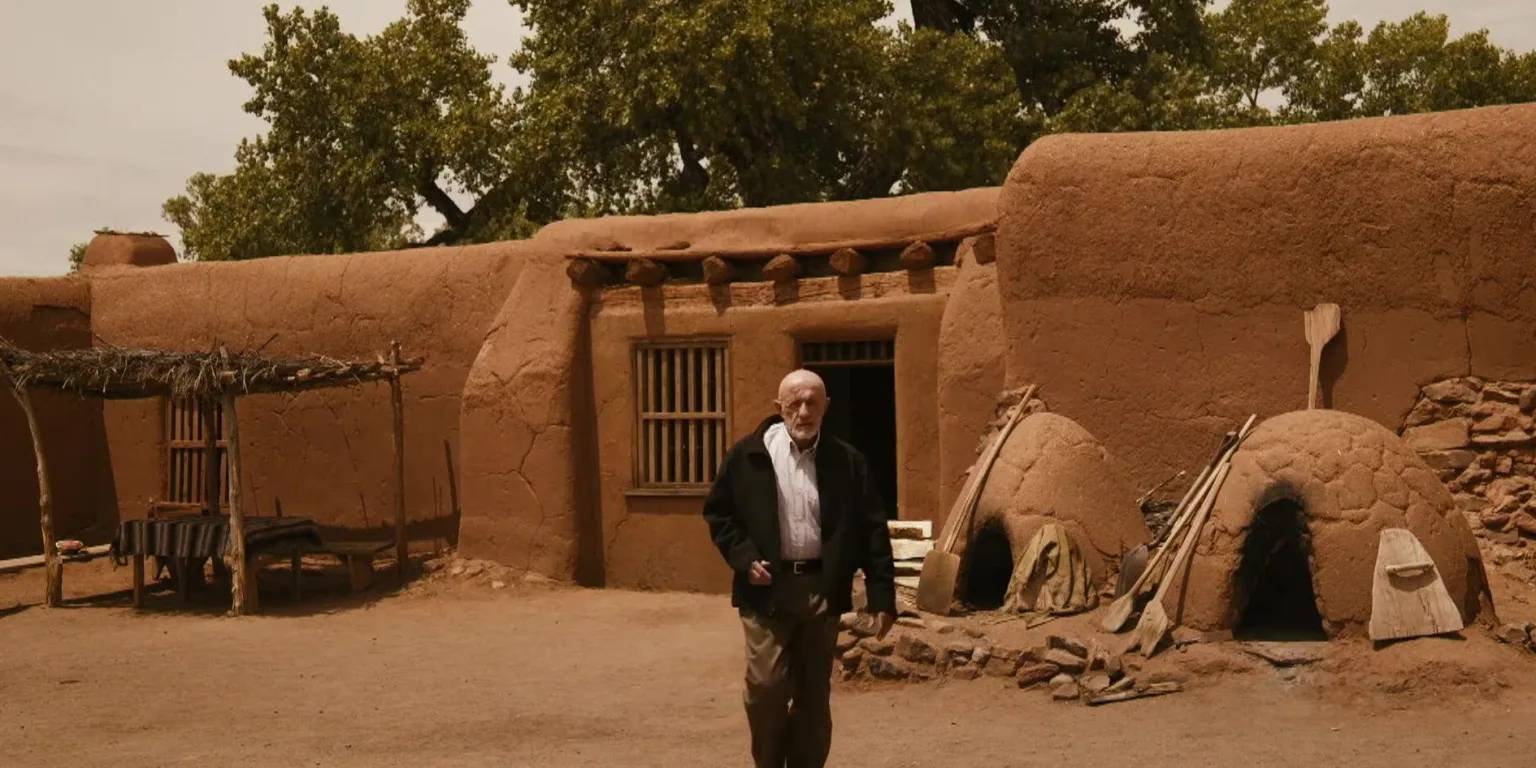 In Santa Fe County, several sequences were shot. Mike wakes up on what appears to be a farm in the last seconds of episode 4. The scene was shot in El Rancho de las Golondrinas, or “The Swallows’ Ranch.” The ancient farm has been converted into a museum and cultural center and is located at 334 Los Pinos Road in La Cienega, a census-designated place outside of Santa Fe. The history of the area dates back to the early 1700s, when it served as an important rest stop on the Camino Real, the Royal Road that connected Mexico City and Santa Fe.