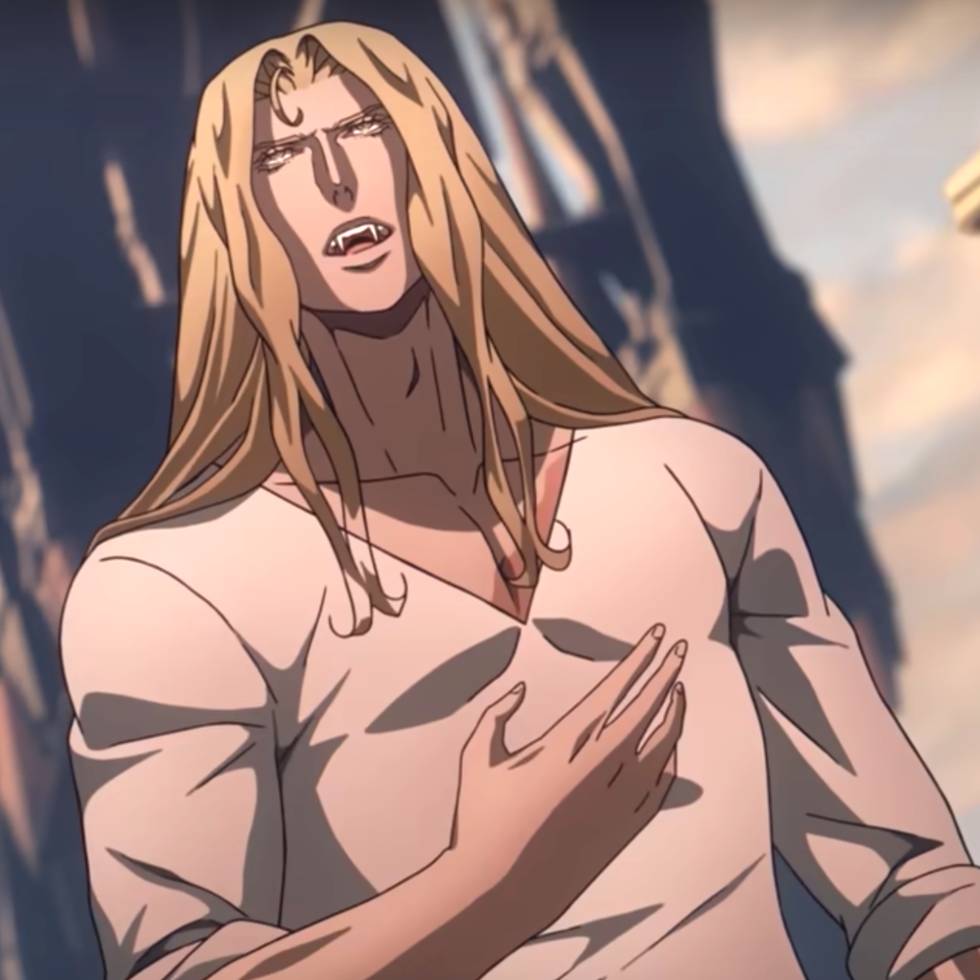 Warning: This article contains spoilers for the Castlevania series finale.

The Castlevania coffin is creaking shut on Netflix, as the hit anime has come to an end after four seasons. Season four of Castlevania is now available on Netflix, and it tries to wrap up the storylines of Trevor Belmont, Sypha Belnades, and Alucard Tepes in style. The season consists of only ten episodes, with the finale, ‘It’s Been a Strange Ride,’ bringing the series to a close.

Before you cry red, salty tears, Netflix has assured that the world of vampire baddies and booze-swilling Belmonts will return in some way after the main series’ lifeblood has been drained. Instead of season five, a spin-off series set in the same universe as Castlevania has been commissioned. Unfortunately, there’s no word on when we’ll get to explore the franchise’s convoluted mythology or who will play the primary characters.

What happened in the Castlevania season 4 finale? 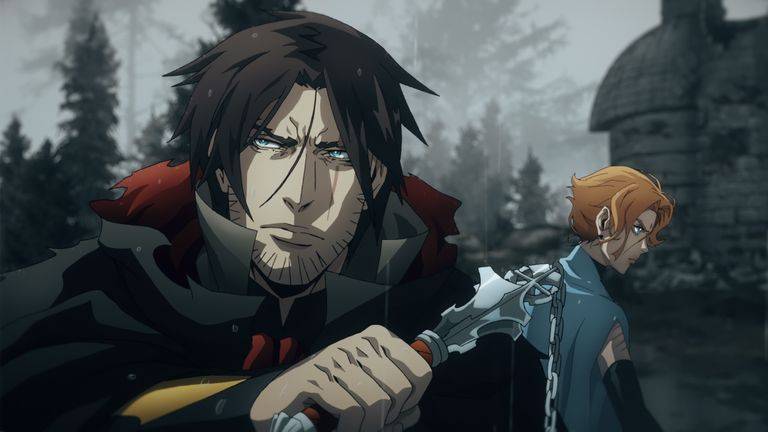 The warring factions came together for a final confrontation at the magnificent Castle Dracula in Castlevania’s blood-soaked swansong. Following the horrifying revelation that Malcolm McDowell’s Varney was actually Death himself, Trevor took the fight to the big evil and used old magic to exorcise the hate-filled spirit.

When Saint Germain’s final deed dragged Belmont into the safety of the Infinite Hallway, it appeared as if our hero had paid the ultimate sacrifice, but with a last-minute fakeout, Trevor showed he’d survived the ordeal.

With Alucard and Greta settling in with Trevor and (a pregnant) Sypha, it appears that everything will be fine in the end. Although there isn’t a standard post-credit scene, a reanimated Dracula and Lisa are shown living and well at the end of the film.

The star-crossed lovers escaped limbo and returned to their former bodies after the attempt to bring their souls from Hell and splice them into one body failed. Dracula’s drive for vengeance was finally laid to rest, and the two decided to travel the world together, vowing to keep their resurrection a secret from Alucard’s happy ending.

What’s next for Castlevania? 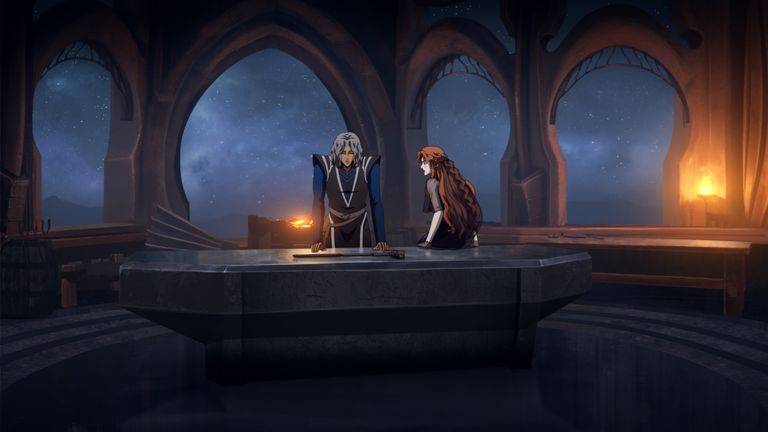 It’s entirely possible that the spin-off may pick up any of the Castlevania cast’s adventures. The notion of following Vlad and Lisa throughout the world has some potential, but without the old enemy, the series would have to find a new terrible vampire to sink its teeth into.

Much more likely, the Castlevania spin-off would go back to the beginning and chronicle the Belmont clan’s life and times. Season one of Castlevania began with Trevor being the last of his family, and the once-loved monster hunters’ family being reviled by society.

The series mostly followed the events of Castlevania III: Dracula’s Curse in 1990 and Castlevania: Curse of Darkness in 2005, so there’s a lot to cover before and after those games. The Castlevania spin-off might do the same and bring Leon Belmont into the fold, similar to how George Lucas’ Skywalker Saga started with Episode IV and went back to the disputed prequels.

Castlevania: Lament of Innocence, released in 2003, is the series’ debut instalment, set in the year 1094. It would be a simple adaptation for Netflix to handle next, giving both the Belmont dynasty and Dracula an origin tale.

Aside from that, the games’ long history and timing may throw Simon Belmont into the mix. In the first two games (before Trevor took over), the original protagonist of Konami’s franchise, Simon, was a playable character. Simon is far later in the Belmont family tree than Trevor, with other notable Belmonts such as Christopher and Soleil sandwiched in between. Basically, there are a lot of Belmonts with interesting stories to share.

Will there be more Castlevania spin-offs? 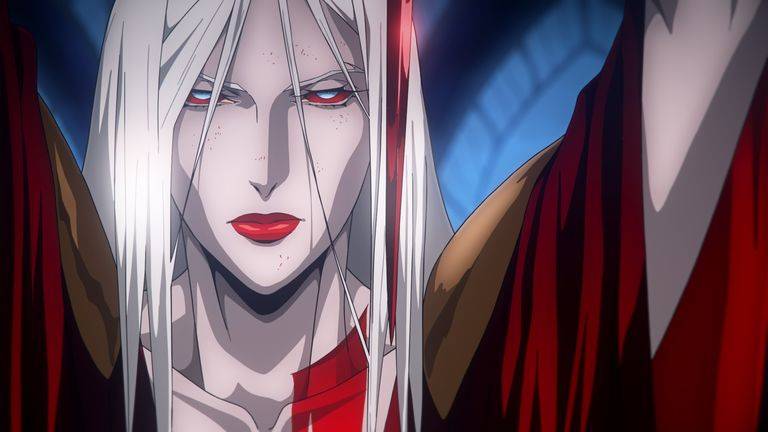 It’s worth noting that Castlevania is expected to serve as a springboard for a larger universe of episodes. While we don’t expect Marvel Cinematic Universe-style episodes to be released on a near-monthly basis, there is enough of lore to draw upon.

Aside from the Belmonts, there are a slew of additional storylines that may be spun out. Who wouldn’t want to learn more about the quirky Saint Germain, or watch Carmilla and her Council of Sisters rise to power in Styria?

Netflix has stated that the spin-off will not be a direct continuation of Castlevania, ruling out any of the characters we’ve seen so far. The birth of Trevor and Sypha’s kid was teased as a possible segue into a time leap of a few hundred years and the introduction of Simon in the ending.

Dracula is the only person we’re likely to see again. Dracula is attempting to eliminate the human race in the Castlevania games, and some Belmont ancestor is present to oppose him.

However, if Dracula returns as the major adversary, Castlevania’s denouement may lose its punch due to the Count’s joyful ending with Lisa. That doesn’t rule out the possibility of other powerful and bloodthirsty vampires.

Specifically, the Castlevania conclusion is only the beginning, not the end, as it may appear. Over the course of its four seasons, the show was a resounding success, attracting a devoted following. Fans are hungry for more, much like the vampires themselves. They’ll just have to wait a little longer to see what Netflix has in store for this world of bloodsuckers, Belmonts, and black magic.