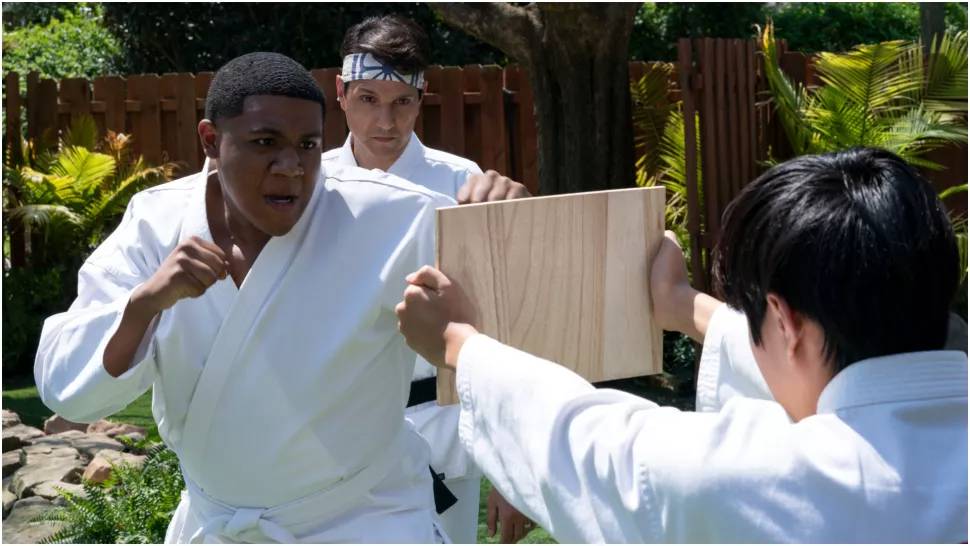 Season 5 of Cobra Kai has wrapped, however the release date has yet to be determined. Season 4 just debuted on Netflix in December 2021, so new episodes may still be a while away – but that doesn’t mean there’s nothing to learn about the upcoming season in the meantime.

To keep you occupied while we wait, we’ve compiled all there is to know about the upcoming season right here. We’ve done our best to predict when Season 5 will be available on Netflix, as well as when a trailer will be released. We’ve also got who’s who in the cast, what’s next after the new season, and even some exclusive statements from co-creators Hayden Schlossberg and Jon Hurwitz about season 5. So, without further ado, buckle up your black belts and read on for the ultimate Cobra Kai season 5 guide. 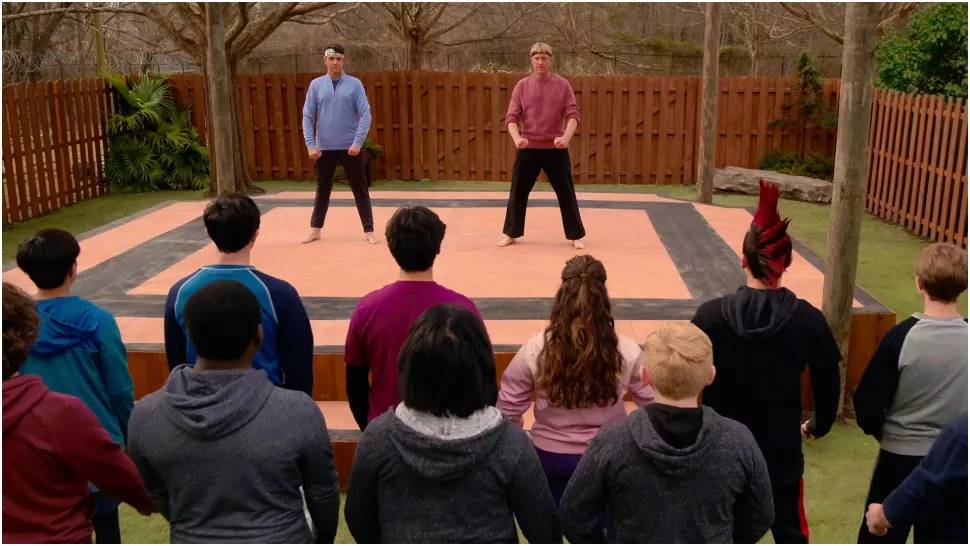 (Image credit: Netflix)
While Cobra Kai season 5 ended in December 2021, as revealed by Johnny Lawrence actor William Zabka on Instagram, the new episode has yet to be announced. Seasons 4 and 3 were released on Netflix on December 31, 2021, and January 1, 2021, respectively.

Cobra Kai season 5 trailer: when will we get one? 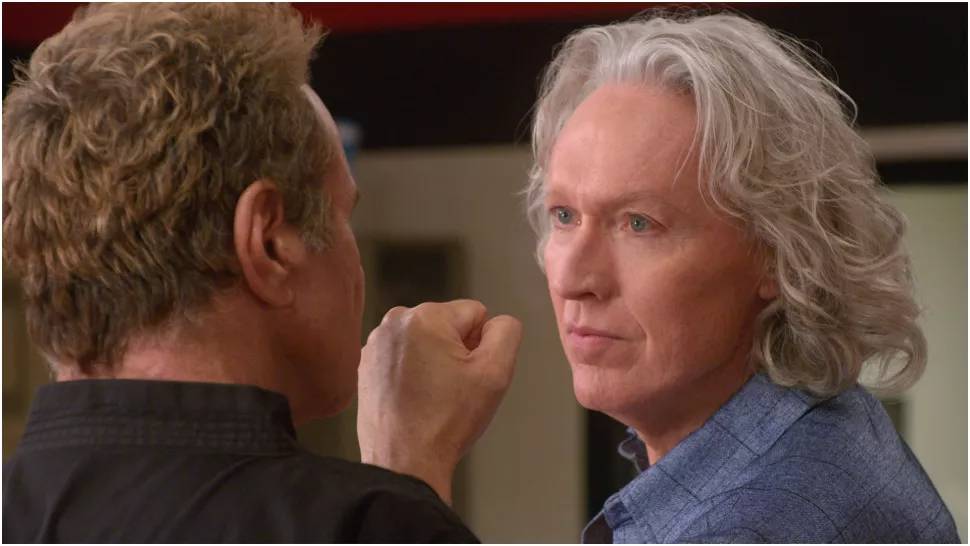 (Image credit: Netflix)
Teasers for Cobra Kai season 4 were published in the weeks leading up to the premiere of the new episodes on Netflix, followed by a full trailer just under a month before the premiere. The first teaser, which indicated Terry Silver’s return, aired in May 2021, a full seven months before season 4.

Based on that pattern, we should expect some teasers well ahead of the new series’ premiere, so hopefully in the coming months. It’ll be a while before we see a decent trailer, and it’ll most likely be closer to the start of the new season. 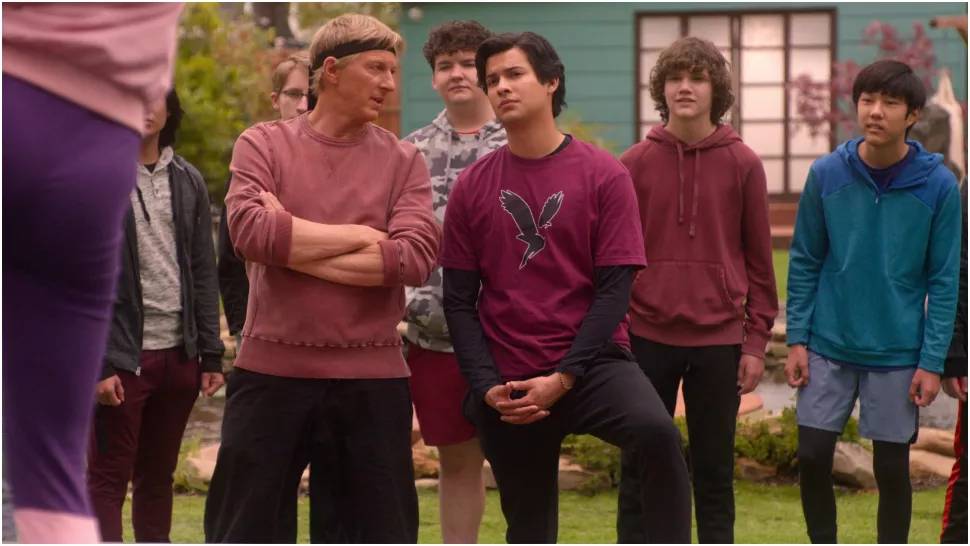 (Image credit: Netflix)
Nothing about the Season 5 cast has been confirmed yet, but certain characters are expected to return. For starters, Daniel LaRusso and Johnny Lawrence are almost expected to return, which means Ralph Macchio and William Zabka will as well. Courtney Henggeler and Vanessa Rubio will almost certainly reprise their roles as Amanda LaRusso and Carmen Diaz, respectively.

Then it’s almost a foregone conclusion that the big villain will return. Terry Silver (Thomas Ian Griffith) will play a major role in Season 5, and we’ll almost certainly see John Kreese (Martin Kove) return (after a possible term in prison, of course – more on that later).

Yuji Okumoto, who initially repeated his role from The Karate Kid 2 in season 3, is returning as Chozen.

Griffin Santopietro will likely return as Anthony LaRusso after his extended role in season 4, while newcomers Dallas Young as Kenny Payne and Oona O’Brien as Devon are also expected to return.

It’s unclear whether Paul Walter Hauser will reprise his role as Stingray after his surprise appearance in season 4. 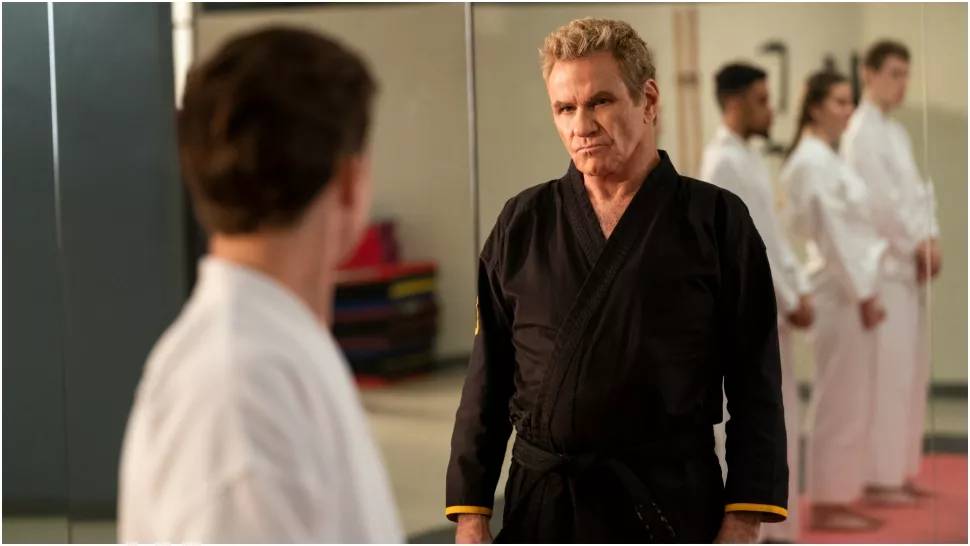 (Image credit: Netflix)
Season 4 was a big paradigm shift for Cobra Kai, and season 5 will likely deal with the aftermath. For one point, Miyagi-Do and Eagle Fang (or Miyagi-Fang) combined powers were insufficient to defeat Cobra Kai at the All Valley, who won both the ladies’ side of the competition and the overall prize. Following the massive win, Terry Silver has promised to open more dojos all across the Valley, making fighting back against the Cobra Kais even more difficult next season.

And it’ll almost certainly be a brawl. Despite the agreement to stop teaching karate if Miyagi-Do or Eagle Fang do not win the tournament, Daniel LaRusso is committed to bringing Cobra Kai down. He’s enlisted Chozen’s assistance this time. Chozen passed on a secret (and very efficient) Miyagi-Do technique to Daniel the last time they met, so we may expect the former antagonist to have more tricks in his sleeve in the new season. Silver and the Cobra Kais are going to face a significant challenge as a result of the alliance.

“One of our favorite characters in the franchise,” co-creator Jon Hurwitz said of Chozen’s return to GamesRadar+. “When Yuji [Okumoto] returned in season 3, the scenes he had with Ralph [Macchio] were some of our favorites from that season, both in terms of karate and comedy. We adore that dynamic and everything he brings to the table. Beyond that, he has problems and issues that he is working through in his life. So he’s a fully developed character who needs to do some work, and what better time for him to come to America and join the struggle in the Valley than when Terry Silver is in charge? Terry Silver, as we all know, is a strong adversary… Even if Cobra Kai is going to have Terry Silver on that side, bringing in Chozen, who has a history of fighting to the death and fearlessness, and who appears to be more skilled and a karate threat than Daniel, it seemed like it would be great for season 5 to have Chozen and Silver as opposing forces at this point.”

For the time being, John Kreese is out of the picture. By framing Kreese for the severe beating Silver himself dealt to Stingray at the end of the season, Silver engineered his old pal’s incarceration. It’s anyone’s guess how Kreese will fare this season now that he appears to be imprisoned. However, he has already proven to be extremely difficult to beat, so don’t rule him out just yet. It will be interesting to see how he handles being betrayed by Silver and Silver threatening his former top pupil Johnny Lawrence.

Meanwhile, Johnny is on the lookout for Miguel Diaz. That will almost certainly lead both protagonists to Mexico, where Miguel is looking for his father. However, a major stumbling block in Johnny’s quest to make amends with Miguel is that he appears to be mending fences with his son Robby Keene. Is it possible for Robby to join Johnny on his vacation south of the border? It’s a distinct possibility, and it would bring all three characters one step closer to putting their differences aside once and for all.

The students of Miyagi-Do, Eagle Fang, and Cobra Kai have a less certain future. Daniel has no plans to close his dojo, so the Miyagi-Do kids may expect to continue improving their karate talents. Cobra Kai is also growing, though it appears that some students may be leaving in season 5. Tory Nichols, the All Valley champion, overheard a conversation that revealed the competition was rigged in Cobra Kai’s favor, and she may be considering defecting from the dojo as well, especially as she and Amanda LaRusso became closer throughout the season.

Given that Johnny will be in Mexico for at least part of the season, Eagle Fang is expected to continue training at Miyagi-Do. It’s unclear whether any of the kids will keep their agreement with Cobra Kai and stop learning karate totally.

One thing is certain: Season 5 will be a high-octane ride. “Season 5 was just completed. And we ended up in a situation where the season five finale is, I don’t want to say bigger, but there’s a lot of action in it “GamesRadar+ spoke with co-creator Hayden Schlossberg.

“As a result, it’s turned out that way. And we do see in later seasons, and we’re crossing our fingers that we’ll be able to continue through season five, because we didn’t intend for it to end there “He keeps going. “Another is on the way. Some of our most powerful explosions and cannons are still available. So we know we’ve got some big, epic plans in the works. However, it becomes a question of ‘How do you top it each season?’ Fans will get into it as long as it comes from a place of character, and what we don’t want to happen is for it to become more spectacle than content. As a result, that is the overarching goal.” 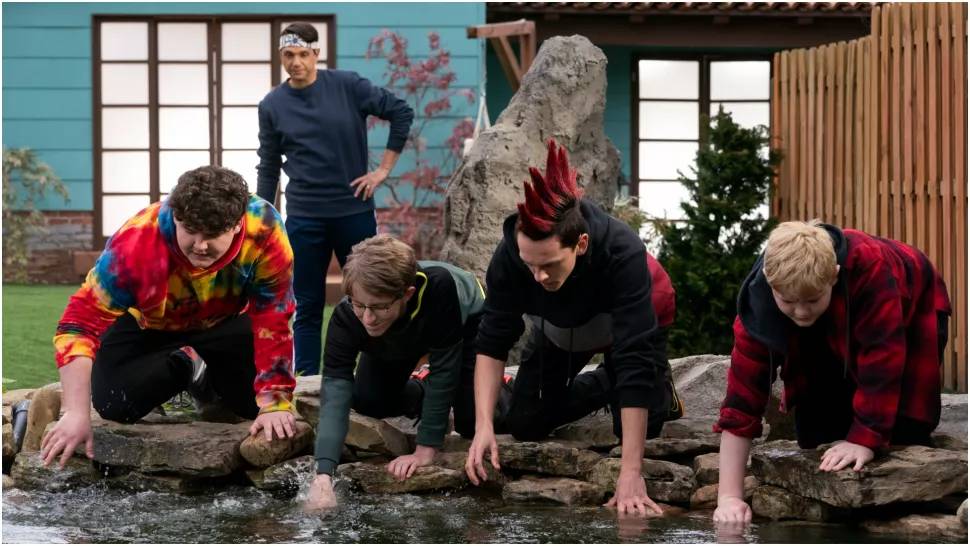 (Image credit: Netflix)
Season 6 has yet to be confirmed, however series creators Josh Heald, Hayden Schlossberg, and Jon Hurwitz have stated that there will be more to come.

Heald said in an interview, “It’s changed at times, but it’s also stayed the same.” “We still have a strategy in place for the endgame. We’re continuing working on season 6 of the show. But it’s been exciting to introduce new characters and themes and occasionally let them take the lead.”

Hurwitz stated: “We’ve never announced how many seasons there will be from the start. We’ve always thought of it as at least six feet, but for all of the reasons Josh outlined, we’re still finding out precisely how long that landing should be.”

In an interview with Deadline, Schlossberg hinted that the series could expand beyond a sixth movie. He stated, “We have a goal in mind.” “We don’t know how many seasons it will take to get there. We’re having a great time producing it.” “If it gets tiring to us, we’ll stop before that; we’ve got a few more seasons planned out,” he continued.

It’s unclear whether Cobra Kai will be renewed after season 5, but with season 4 shaping up to be one of Netflix’s most popular shows ever, the future appears bright.

Season 4 of Cobra Kai is now available on Netflix. If you’ve finished all of the shows, check out our list of the finest Netflix shows of all time to round out your collection.