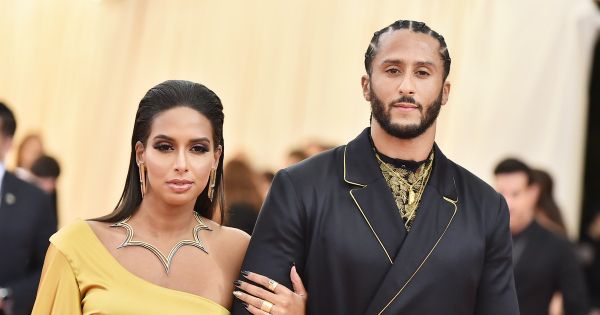 ‘Colin in Black and White,’ a Netflix documentary about civil rights activist and former quarterback Colin Kaepernick’s high school years, is a remarkable and inspiring trip. It takes viewers through Colin’s early years, taking them through the numerous experiences and incidents that moulded him into an activist. The documentary is absolutely one-of-a-kind and has received critical acclaim for its genuineness.

Colin’s companion, Nessa Diab, has received a lot of attention as a result of the program, and she has stuck by his side through all of his highs and lows. Her commitment and dedication to Colin and his cause are truly inspirational. We decided to get you some answers because fans are dying to know more about Nessa!

Despite being born and raised in Southern California, Nessa comes from an Egyptian family. According to sources, she has two brothers, making her her parents’ only child. Because of her father’s job, Nessa’s family had to move back and forth between California and Saudi Arabia as she grew up. Her parents, on the other hand, worked hard to maintain their family as close as possible. Nessa has a strong bond with her family, and she makes time in her busy schedule to spend time with them.

Nessa knew she wanted to work in the media since she was a child. As a result, following high school, she enrolled at the University of California, Berkeley, where she earned a bachelor’s degree in mass communications. Nessa also interned at Wild 94.9, a top 40 station in the San Francisco Bay Area, while in college, gaining valuable professional experience. She never looked back after landing a permanent job at Wild 94.9 and has since pushed for perfection.

Nessa has worked at a number of radio stations over her lengthy career, in addition to Wild 94.9. According to accounts, she has worked with POWER 106 KPWR, ENERGY 92.7 in San Francisco, and even 101.5 JAMZ in Phoenix. Nessa’s different shows on famous radio stations helped her gain popularity and put her in the spotlight over time. Indeed, her great celebrity and artist interviews on Wild 94.9 drew the attention of MTV, who offered her the role of host of ‘Girl Code’ in 2013.

Nessa, by the way, fared fairly well as a TV personality and quickly made a name for herself in the entertainment industry. She went on to host a number of other shows, including ‘Ain’t That America,’ ‘MTV2 Charlamagne & Friends,’ ‘VH1 Big Morning Buzz,’ ‘The Real World Aftershow,’ ‘MTV2 Jobs That Don’t Suck,’ ‘Teen Mom Aftershow,’ and ‘The Challenge: Rivals III Reunion,’ among others.

Nessa had another major break in 2018 when she was chosen to headline NBC’s conversation show ‘Talk Stoop.’ In addition to ‘Talk Stoop,’ she currently presents ‘Nessa on Air,’ a primetime hip-hop series on Hot 97. Nessa is a vocal social activist in addition to her bright and fascinating career in entertainment. She began fighting for reproductive health in 2016 through the Plan B One Step initiative. She and her partner Colin Kaepernick are also co-founders of Know Your Rights Camp.

Despite reports that Nessa and Colin Kaepernick began dating in 2015, the couple apparently only made their relationship public in 2016. Since then, the two have maintained their friendship and even co-founded the Know Your Rights Camp. Nessa has been Colin’s staunchest supporter, never leaving his side when the controversy over his form of protest (kneeling to the national anthem) threatened to derail his career. Nessa has also been outspoken about the NFL’s treatment of Colin, and was the first to speak up when her spouse was classified as “retired” on the league’s website.

No one can deny Nessa and Colin’s love and devotion for each other, and their social media posts bear witness to this. Their bond is one-of-a-kind, and their dedication to one other and society as a whole is amazing. We’re excited to watch them become stronger as they continue on their life’s adventure together.