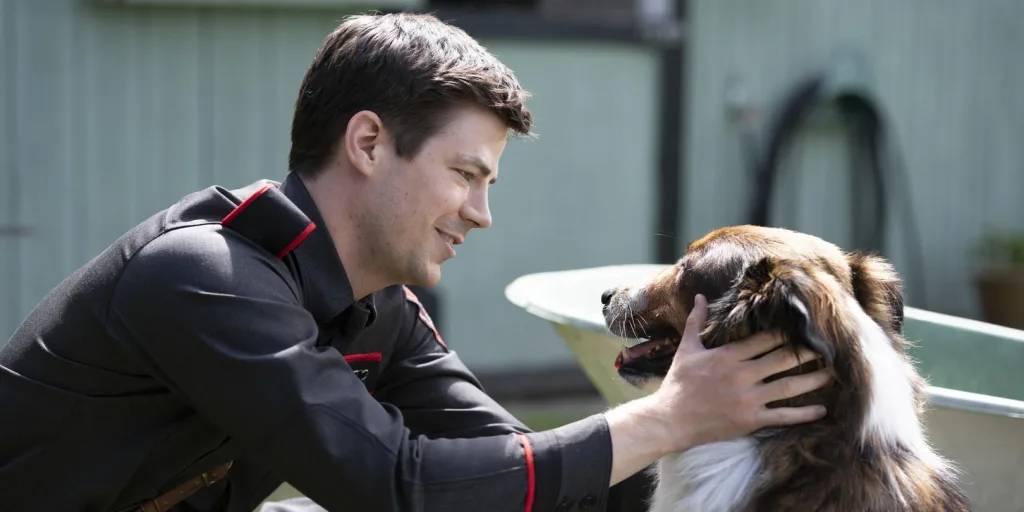 No one has ever said, “Humans are better than dogs.” Unconditional love can only be understood by those who have experienced the affection and loyalty of a dog. Every now and then, a dog movie is released; it may be action-packed or a family drama, but all of these films demonstrate how magnificent dogs can be and why they are renowned as “a man’s best friend.” If you have a dog, you know how nice it is to snuggle with your furry little best buddy, but what’s even better is snuggling with that furry companion while watching a movie about other cozy warm creatures that remind you how fortunate you are to have such a blessing in your life.

‘Arctic Dogs,’ directed by Aaron Woodley, is a computer-animated comedy film starring Jeremy Renner, Heidi Klum, James Franco, and John Cleese. When Swifty, the fox, learns that Otto Von Walrus intends to drill through the Arctic surface in order to melt the ice, he realizes the need for a counter-plan right away. If he fails, his pals and other types of creatures who happily coexist there will likely perish prematurely. So, before it’s too late, he teams up with a scatterbrained albatross, two otters, a fox, and a polar bear to make sure Otto fails and is dealt with once and for all for plotting such a nefarious scheme. 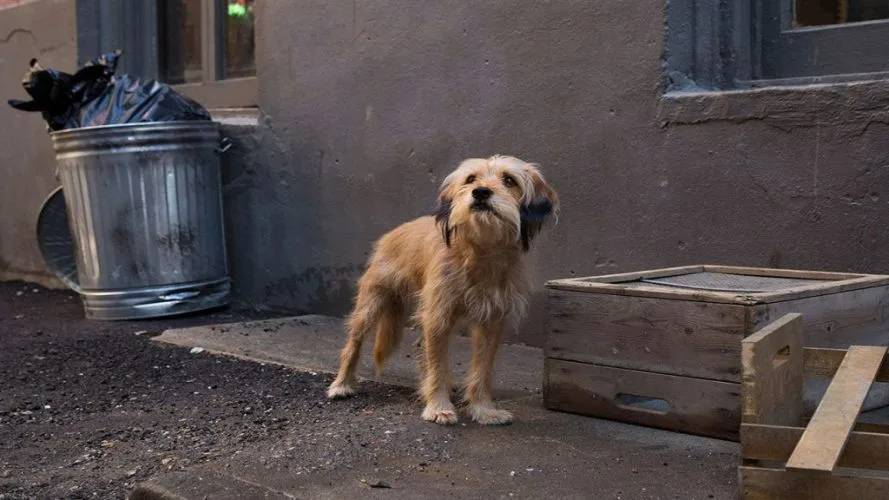 You’re probably thinking if this is a list of dog movies or just Benji movies at this point. Sorry, but we just can’t get enough of this adorable little mystery-solving dog, and Hollywood evidently can’t either, because they keep making remakes of it after all these years. This film’s plot is extremely similar to the first one, which was released in the early 1970s. Benji befriends two little children and subsequently goes out to rescue them when they are kidnapped. Although this is a remake of a classic, it manages to move you just as much as the original and will undoubtedly leave you in tears. 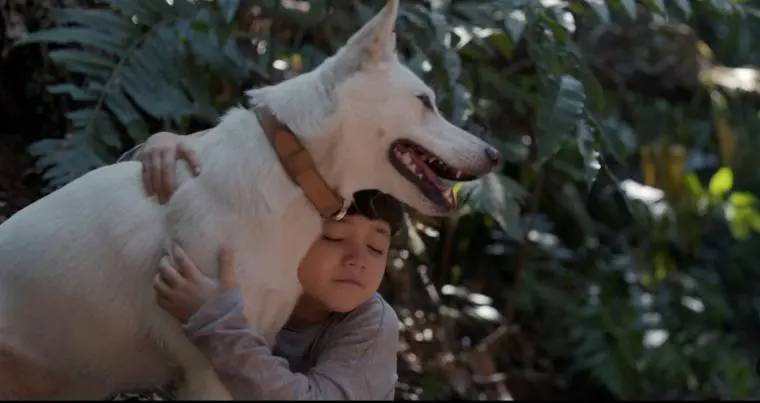 ‘June & Kopi,’ a family comedy film directed, co-written, and produced by Noviandra Santosa, stars Acha Septrias, Ryan Delon, and Makayla Rose Hilli. The plot revolves around a stray dog that meets a graphic designer named Aya while fleeing from a group of mischievous kids who are torturing her for no reason. Aya takes his new canine friend to her house after rescuing it, where the dog meets Kopi. Despite Aya’s husband’s initial decision to return the puppy to a shelter, she is forced to do so after a series of incidents. June, the stray dog, gradually learns to adapt to her new surroundings and deal with her trauma under Aya’s watchful observation. 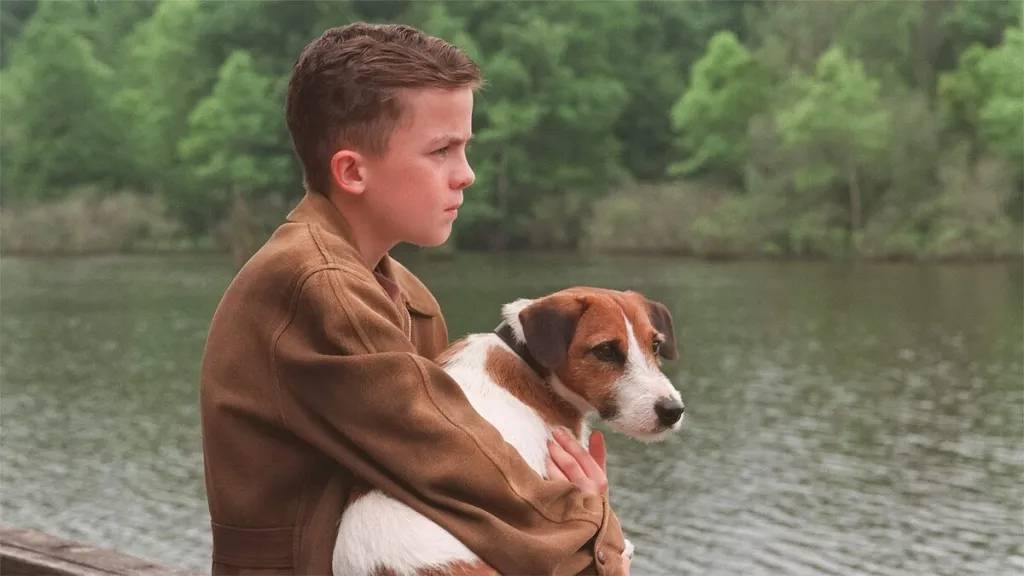 ‘My Dog Skip,’ directed by Jay Russell, is a comedy-drama film based on Harry Connick Jr.’s autobiography of the same name. Willie, an 11-year-old friendless youngster who lives in Yazoo City, Mississippi, is the focus of the Frankie Muniz and Diane Lane-starrer. When he has given up hope of ever making friends, he is given a Jack Russell terrier named Skip, who completely transforms his life. After the arrival of his canine friend, the shy youngster who struggled to make friends sees a revitalized vitality in the neighborhood, which enhances his own life in the process.

Patrick is a British family comedy film written by Mandie Fletcher, Vanessa Davies, and Paul de Vos. Sarah, a young teacher whose career has recently begun to stabilize, and her grandmother’s pampered pug called Patrick form an odd connection in the film. Despite the fact that her apartment has no pet policy and she first struggles to form a bond with the titular protagonist, things start to look up in the coming weeks. Sarah’s new pet is the catalyst for her meeting two potential love partners, but when Patrick goes missing unexpectedly, Sarah learns the strength of the link they’ve formed. 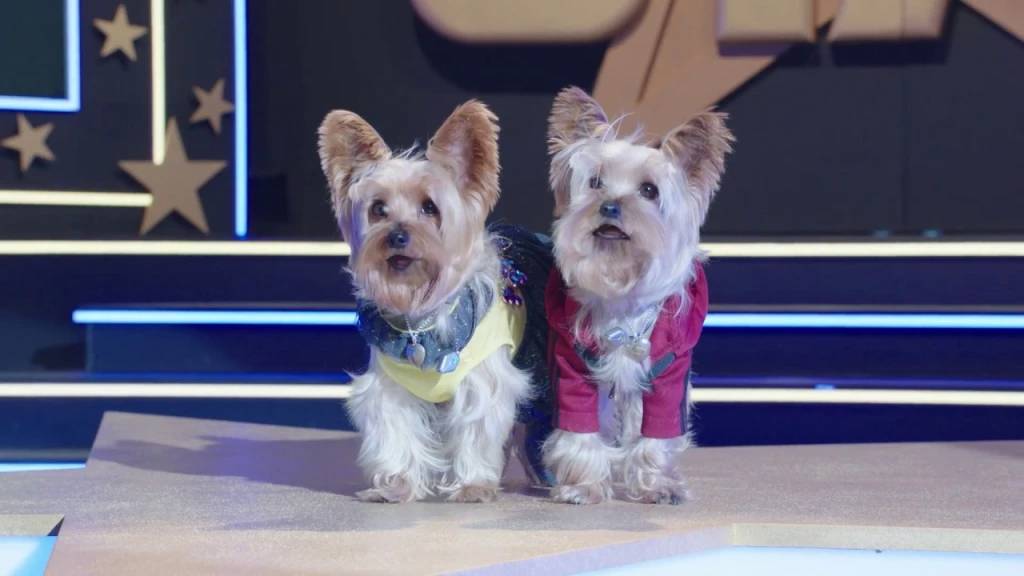 ‘Pup Star: Better 2Gether,’ directed by Robert Vince, has standout performances by Jed Rees, David DeLuise, and Makenzie Moss. Tiny, an average dog, becomes an international puppy star after winning the Pup Star competition. Unfortunately, Tiny’s spotlight is quickly grabbed by a rival, signaling the start of Tiny’s exciting trip across historic places. Anyone can be hooked by the amusing adventures of the oblivious puppy that follows. 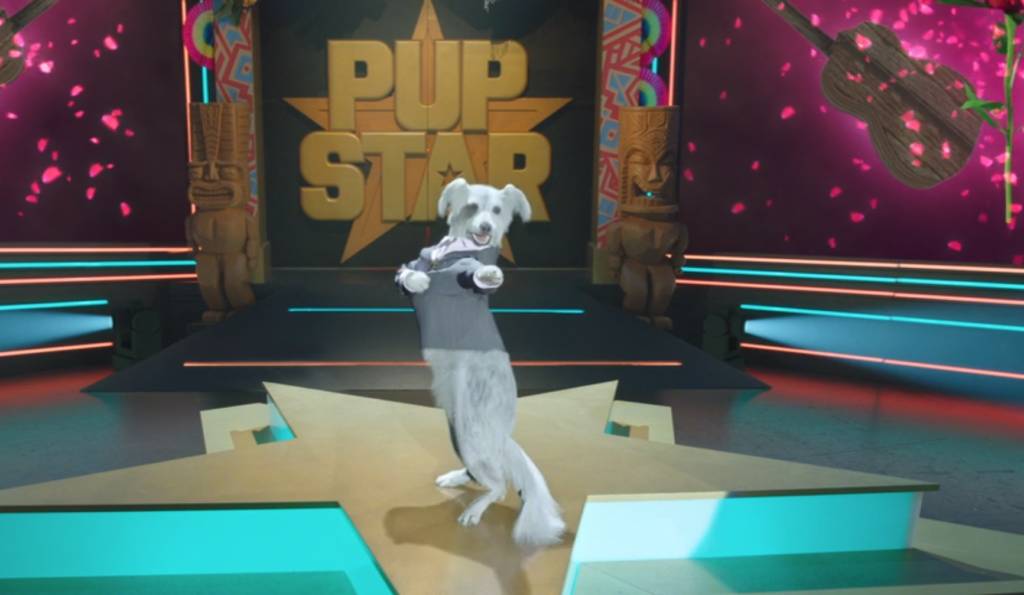 ‘Pup Star: World Tour,’ produced by Air Bud Entertainment, is a family drama film. Tiny, the cute Yorkie, joins the Pup Star as a judge when the singing pup competition goes global in the Robert Vince directed film. Tiny, along with the other judges, is given the opportunity to choose a contender for the competition, and he chooses Julio, a soap star from Mexico. Unfortunately, the globe tour planned for the singing competition is not as simple as it appears, and there are conspirators plotting to undermine Tiny’s sincere efforts.

‘Rescued by Ruby’ is a film about a state trooper named Dan and his rescue dog Ruby, who create an odd friendship. He wants Ruby to join the K-9 team, but she is naughty and wild, making it difficult to calm her and prepare her for the job. Despite the fact that many people give up on Ruby, Dan resolves to persevere and work with the adorable puppy to achieve his goal. ‘Rescued by Ruby’ is a must-see for animal lovers. It’s a feel-good story about a man’s devotion for his pet as well as an ode to the faithful creatures that dogs are. 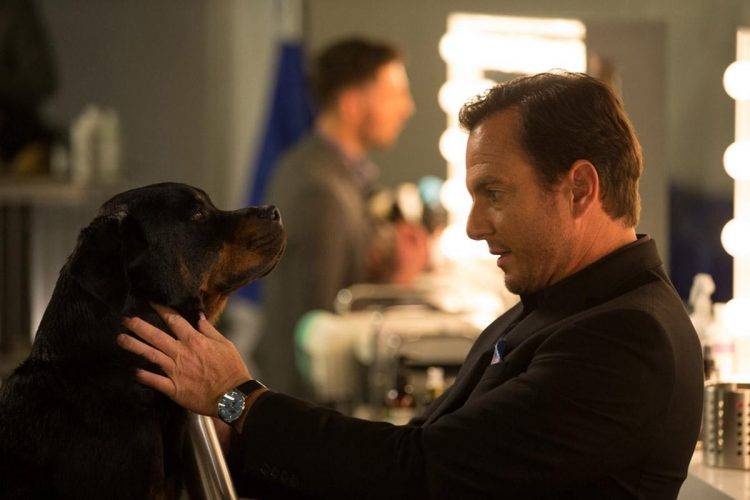 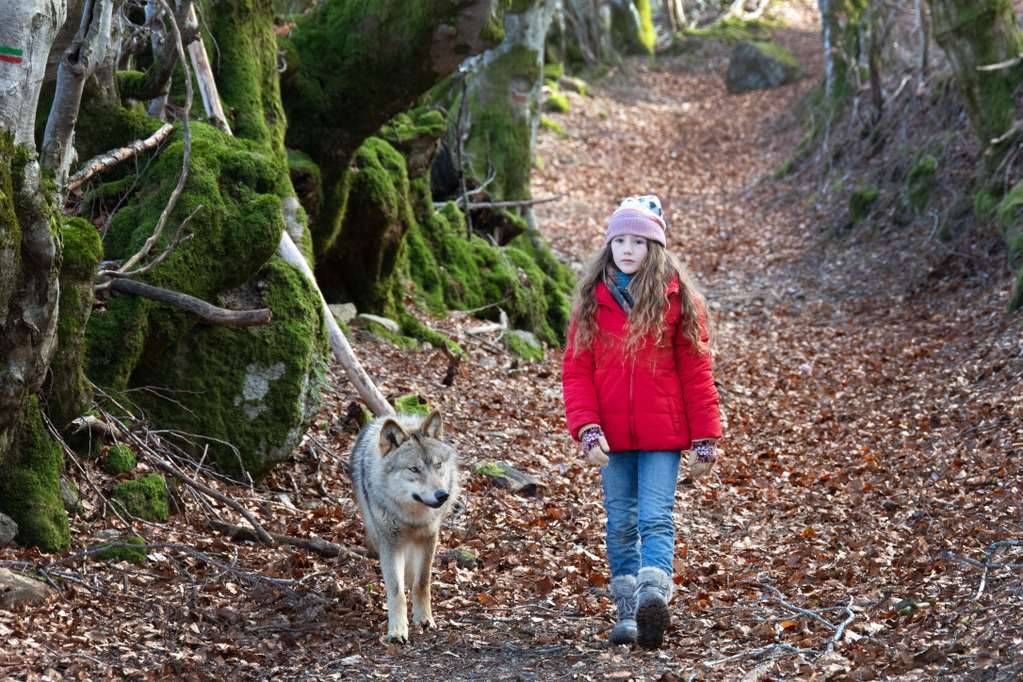 ‘Vicky and Her Mystery,’ directed by Denis Imbert, is a family drama film about grief and overcoming personal challenges. Stéphane is a middle-aged guy who recently lost his wife and is experiencing the emotional agony that comes with such a loss. He and his daughter Vicky, who has regrettably ceased talking, decide to live in the mountains seeking quiet. She gets a puppy and names it mystery without his knowledge. Vicky, on the other hand, keeps her canine companion a secret from the rest of the world, and the two build a strong attachment over time. 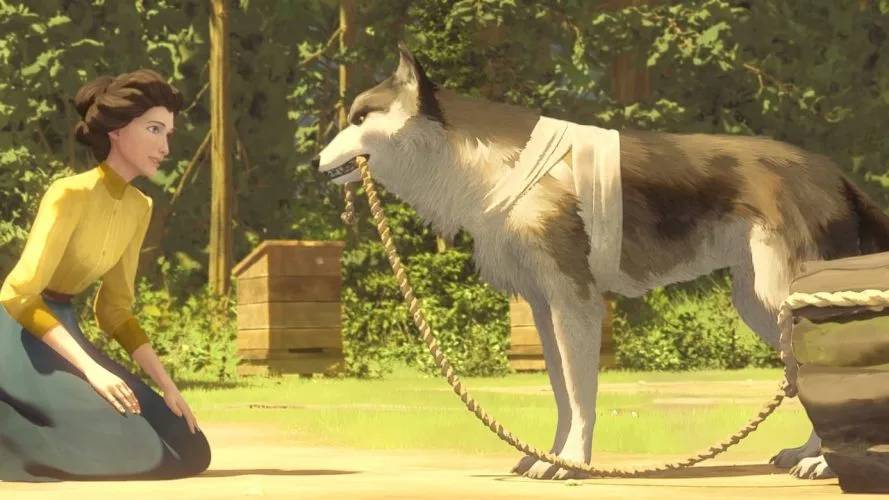 ‘White Fang’ is a film adaptation of Jack London’s classic novel of the same name. It follows the exploits of a wolf-dog as he lives with three different masters. The narrative of White Fang has touched many hearts throughout the years, and it will continue to do so in the future. The visuals in this film rendition of the novel are excellent, connecting you to the main character and the gorgeous soundtrack. ‘White Fang’ is a film for adults as well as children, and it will have you on the point of tears at the end.