A video that Netflix released at the beginning of the year promoting some of the biggest movies coming on the site in 2022 has proven to be successful. The Adam Project and The Bubble provided Netflix subscribers with some interesting viewing options earlier in the year, while Carter and The Gray Man provided action-packed home entertainment fit for a summer blockbuster. Netflix is now going all out with some of their biggest releases of the year as the autumn movie season approaches.

Netflix seems to have their subscription base covered this autumn, whether you’re searching for a comical murder-mystery with a familiar-looking detective or an animated film with the return of a renowned comedy team in a horror-themed adventure for the whole family. There is a mix of established franchises returning to enthral audiences as well as new originals trying to make their mark. Additionally, there are other films that are Oscar contenders with notable performances and fresh perspectives from successful and up-and-coming directors. Check out Netflix’s treatment of its movie-loving subscribers this fall.

‘All Quiet on the Western Front’ (Hits Netflix on October 28th) 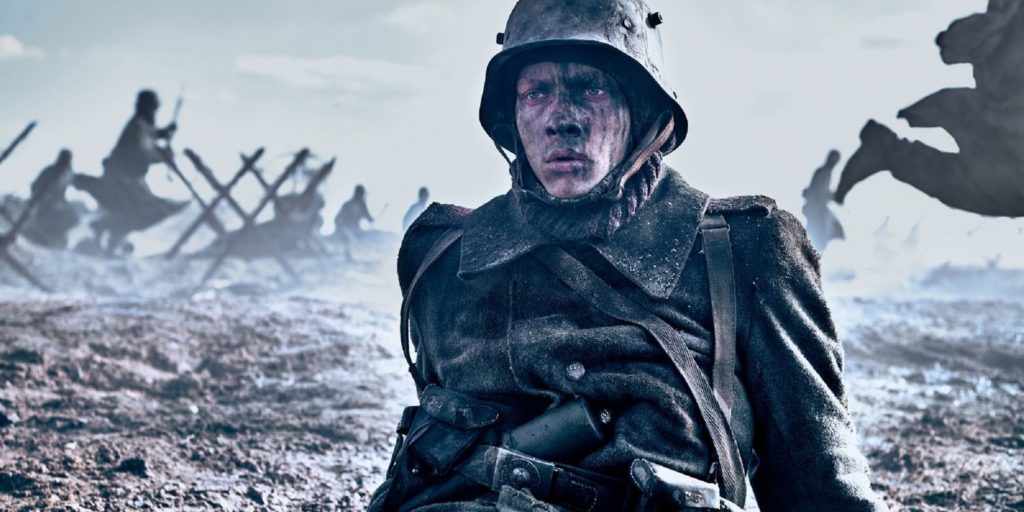 The film, which is based on the 1929 novel of the same name by Erich Maria Remarque, immerses spectators in the horrors of World War I as German troops Paul (Felix Kammerer) and his fellow recruits travel across treacherous battlefields. All Quiet on the Western Front appears to be a true war epic based just on the trailer, which means Netflix viewers may experience all the thrills and horrors of the classic book. 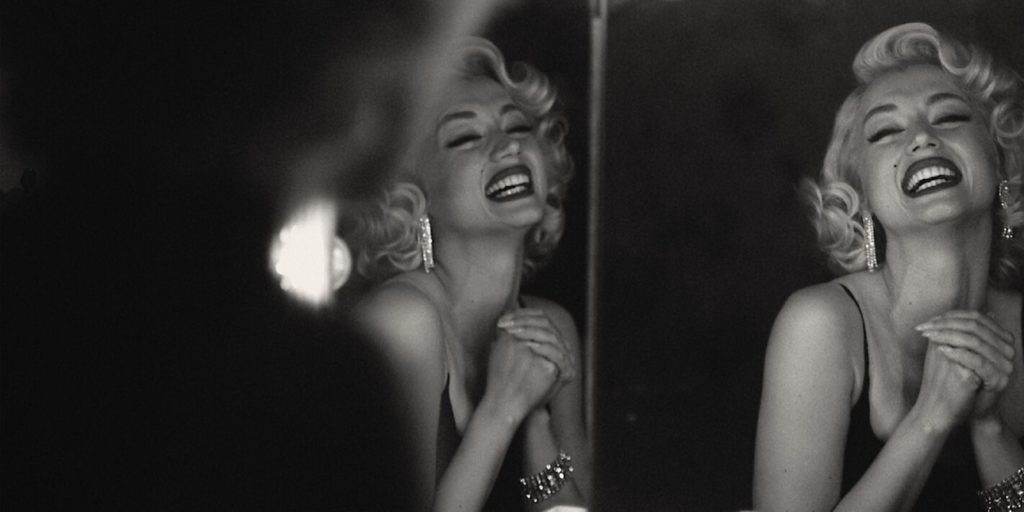 The movie is a dramatised account of Marilyn Monroe’s life and is based on Joyce Carol Oates’ 2000 novel of the same name (De Armas). Blonde is one of Netflix’s top award candidates this fall thanks to the film’s overwhelmingly positive reviews following its screening at the recent Venice Film Festival and the fact that De Armas is already a hot name circulating for some potential awards love.

This fall, Millie Bobby Brown will reprise her role as Enola Holmes in the upcoming sequel, which will follow the young Holmes detective on a fresh case.

Enola will be seen racing around London in the movie after becoming involved in a larger scheme as a result of a straightforward new missing person case. Enola Holmes 2 might be another smash for one of Netflix’s more recent movie franchises because the majority of the original ensemble, including Henry Cavill as Sherlock Holmes, Louis Partridge as Viscount Tewkesbury, and Helena Bonham Carter as Eudoria Holmes, all returning. 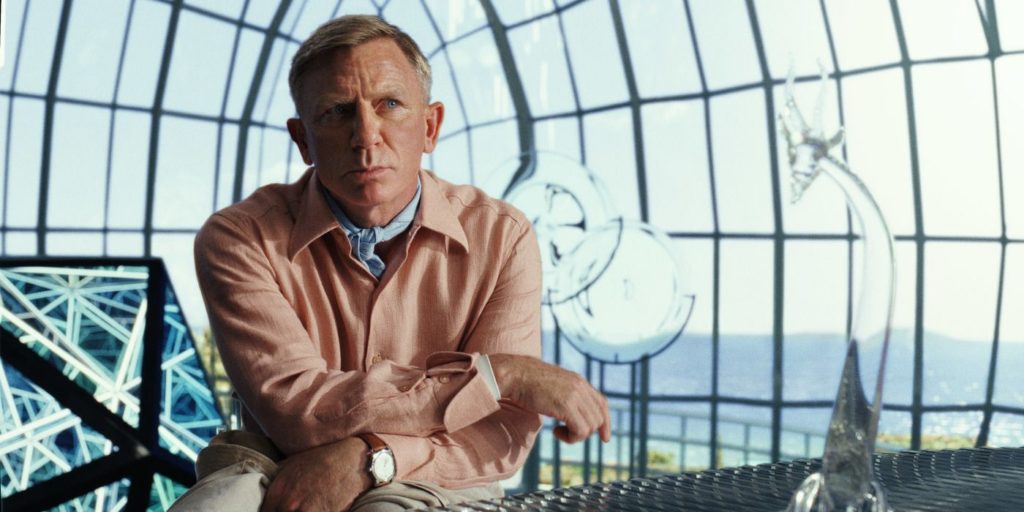 The wait for Rian Johnson’s upcoming Knives Out movie is almost over since Glass Onion, the sequel, will be available on Netflix just in time for the holidays.

In the movie, Daniel Craig reprises his role as Detective Benoit Blanc and solves yet another complicated murder mystery involving a tech millionaire and his buddies while they are vacationing on an island. The sequel, which had its world premiere at the Toronto International Film Festival, is already being praised as a wonderful follow-up as Johnson assembles yet another highly brilliant ensemble cast for some more murder-mystery fun. 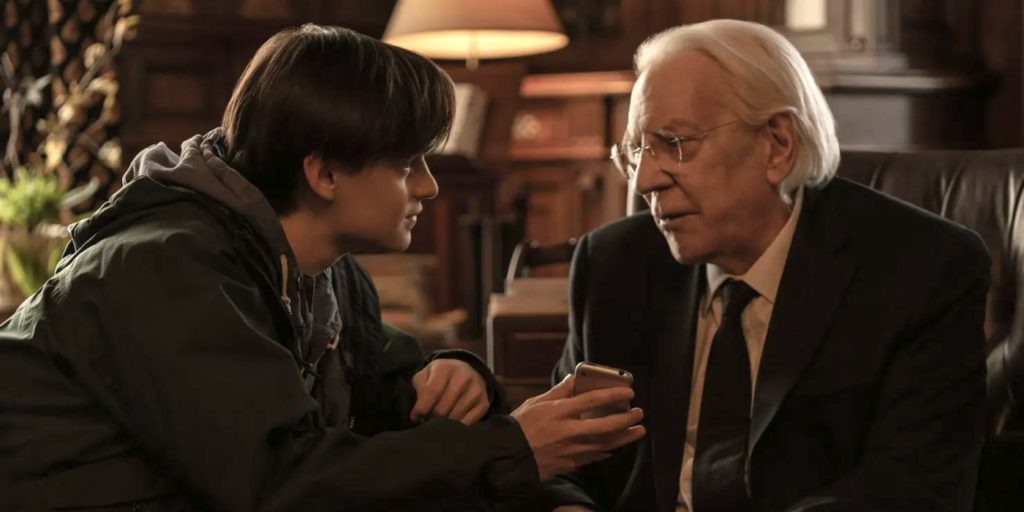 In order to bring a Stephen King story to life, Blumhouse and Netflix are teaming up to produce the upcoming horror movie Mr. Harrigan’s Phone.

The narrative, which is taken from Stephen King’s 2020 anthology If It Bleeds, centres on a young teenager (Jaeden Martell) who is mourning the death of an elderly man (Donald Sutherland), whom he befriends. However, the boy discovers that the cell phone he gave the elderly man has a sinister force that keeps them in touch. This October, Netflix is treating horror fans early with a King adaption that might deliver some satisfying chills and thrills. 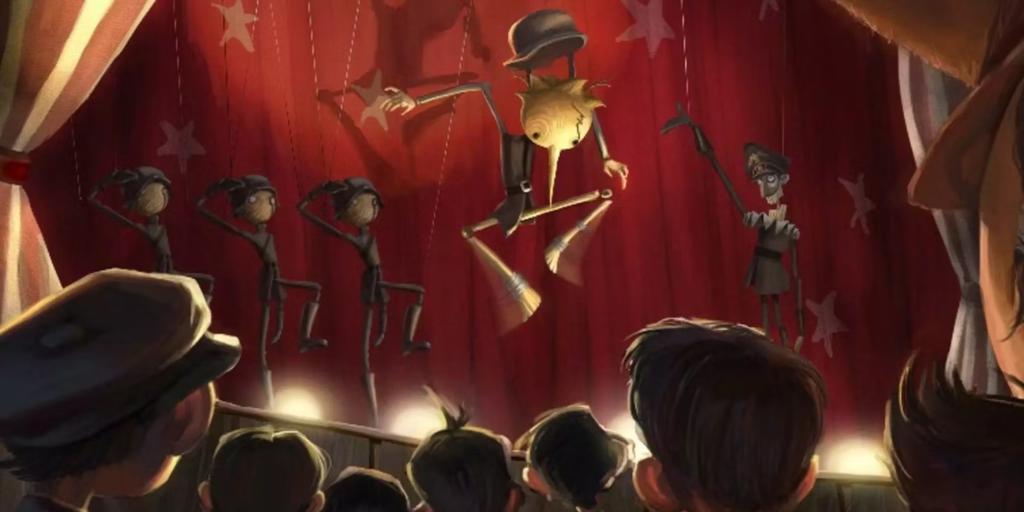 While not everyone enjoyed Disney’s live-action Pinocchio remake, the upcoming animated version from Netflix and Guillermo del Toro has the potential to be a huge blockbuster.

With some inventive stop-motion animation, the movie will depict a darker version of the traditional Pinocchio story while giving familiar characters fresh appearances. With a creative like del Toro in charge, this darker Pinocchio version may put a novel take on a beloved story and even be nominated for some prizes. 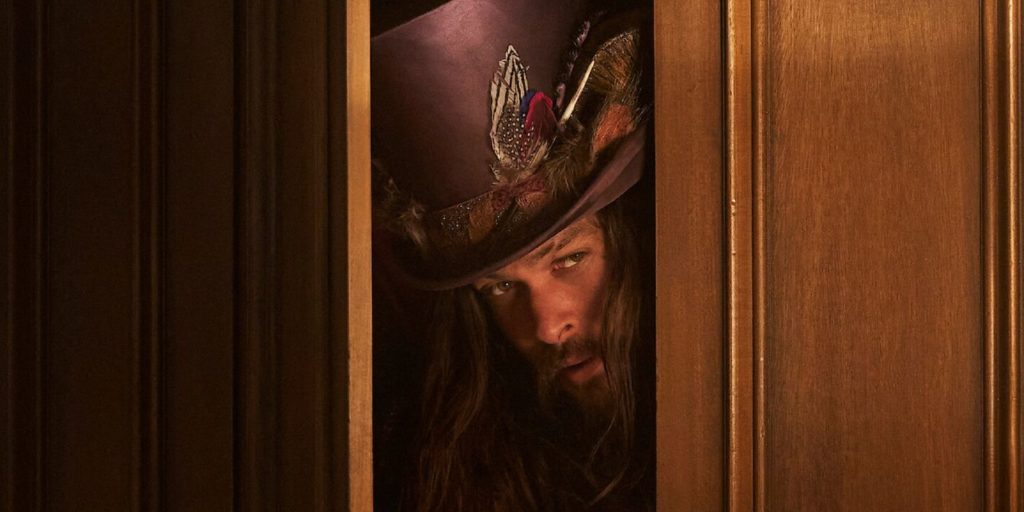 Slumberland, a Netflix film based on the Winsor McCay comic strip Little Nemo in Slumberland, appears to be one of the company’s most innovative and magical productions this fall.

In the movie, a young girl (Marlow Barkley) travels to the fantastical country of Slumberland where she teams up with an outlaw (Jason Mamoa) on an expedition to find her deceased father (Kyle Chandler). Slumberland may become a surprise smash for Netflix if it can captivate viewers with its fantasy setting and touch their hearts with its narrative.

‘The School for Good and Evil’ (Hits Netflix on October 21st) 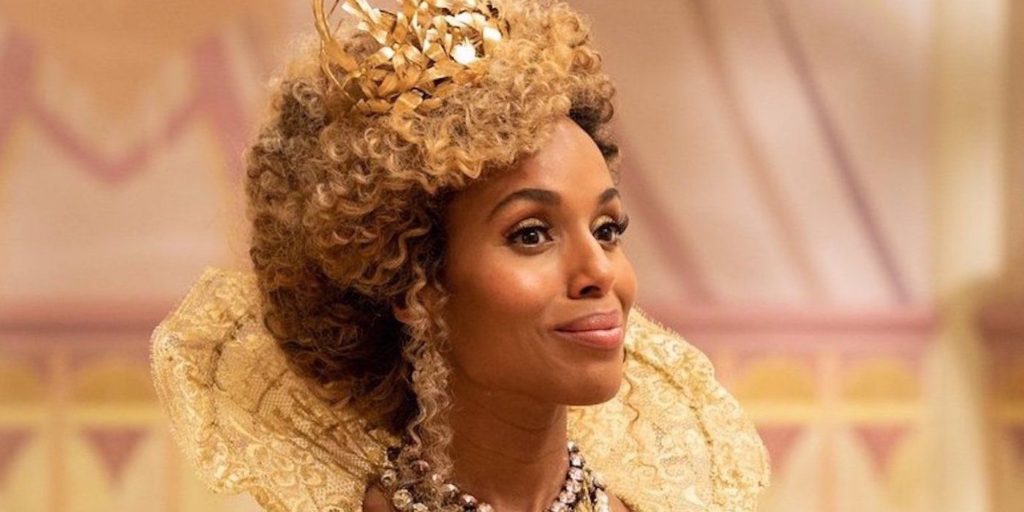 The School for Good and Evil, a new film from Bridesmaids and A Simple Favor filmmaker Paul Feig, is anticipated to be among Netflix’s top fall releases.

Based on Soman Chainani’s 2013 novel of the same name, the movie transports viewers to a brand-new fantasy world where two friends find themselves on opposing sides after being sent to a magical academy where heroes and villains prepare for their roles. With its impressive cast and positive reception from viewers, Netflix may have the next Harry Potter on their hands with The School for Good and Evil. 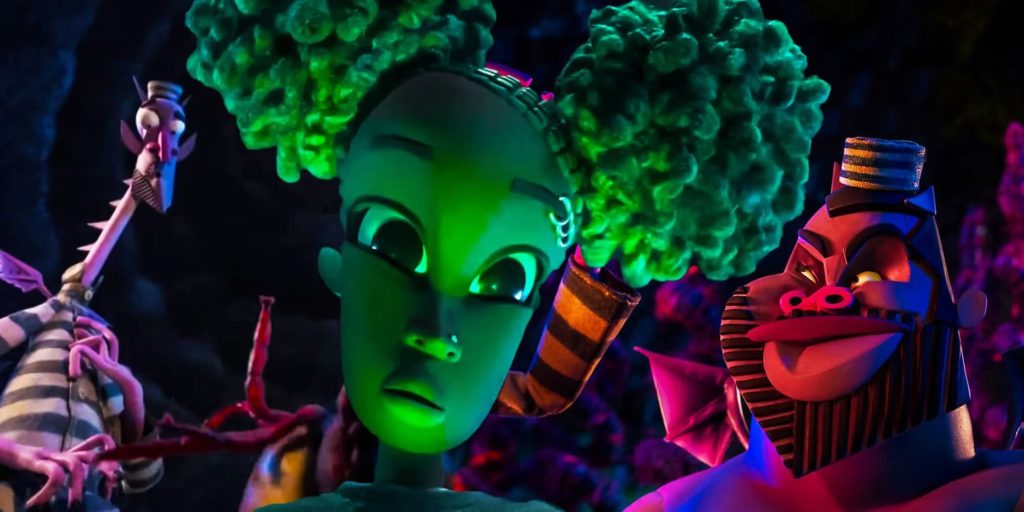 The director of Coraline, Henry Selick, is back this Halloween with another horror-themed animated film starring Wendell & Wild, a well-liked comedy team.

Jordan Peele and Keegan-Michael Key provide the voices for the film’s titular pair of demon brothers, who are planning their escape to the living world with the aid of a young woman named Kat (voiced by Lyric Ross). Wendell & Wild has the potential to be a fantastic follow-up and a bigger Key & Peele reunion, and it’s nice that Selick is going back to the stop-motion approach that keeps Coraline a superb animated film with strong horror undertones. 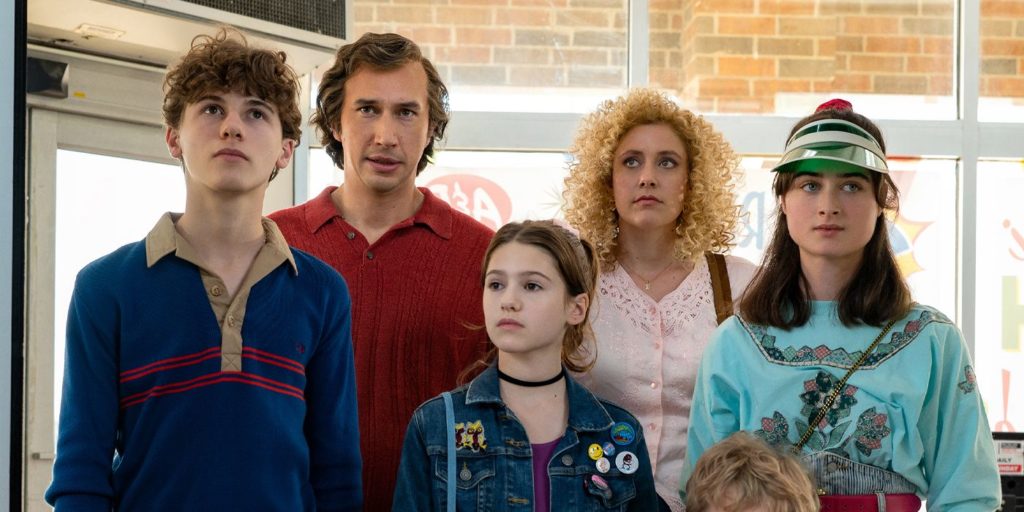 One of Netflix’s strongest Oscar possibilities may be Noah Baumbach’s most recent picture, White Noise, which is already receiving accolades and recognition from its current film festival run.

Following a father (Adam Driver) as he attempts to defend his family after a catastrophic catastrophe puts their lives in danger, the movie, which is based on Don DeLillo’s 1985 novel of the same name, is based on that work. With all the love it’s been receiving, Baumbach reuniting with Driver and Greta Gerwig is always a joy, and it’s undoubtedly going to be a strong awards contender.