The popular 1990s sitcom Seinfeld may have been named after Jerry Seinfeld, but it was probably just as much Larry David’s show as it was Jerry Seinfeld’s (well, for seven of its nine seasons at least). Jerry Seinfeld portrayed a fictional version of himself, serving as the show’s focal point and straight man, but it’s his three buddies – George, Elaine, and Kramer – as well as a slew of supporting characters who help make the sitcom so funny. While Larry David did not play George Costanza, the character was clearly based on him and his life experiences.

George Costanza emerged as one of the best elements of Seinfeld thanks to Larry David’s excellent writing and Jason Alexander’s outstanding performance. He’s an unlucky loser who goes through a lot throughout the program… but what makes it funny is that he puts most of it on himself. While no one watching Seinfeld can truly identify to George Costanza (certainly even Larry David exaggerated him), there are times when his arrogance, sloth, general idiocy, and never-ending series of bad luck can feel all too familiar. Whether we like it or not, George Costanza is a funny, sometimes twisted representation of the human condition, and here are eight occasions when the balding sidekick felt terribly real.

Awkward family gatherings in ‘The Strike’ (1997) 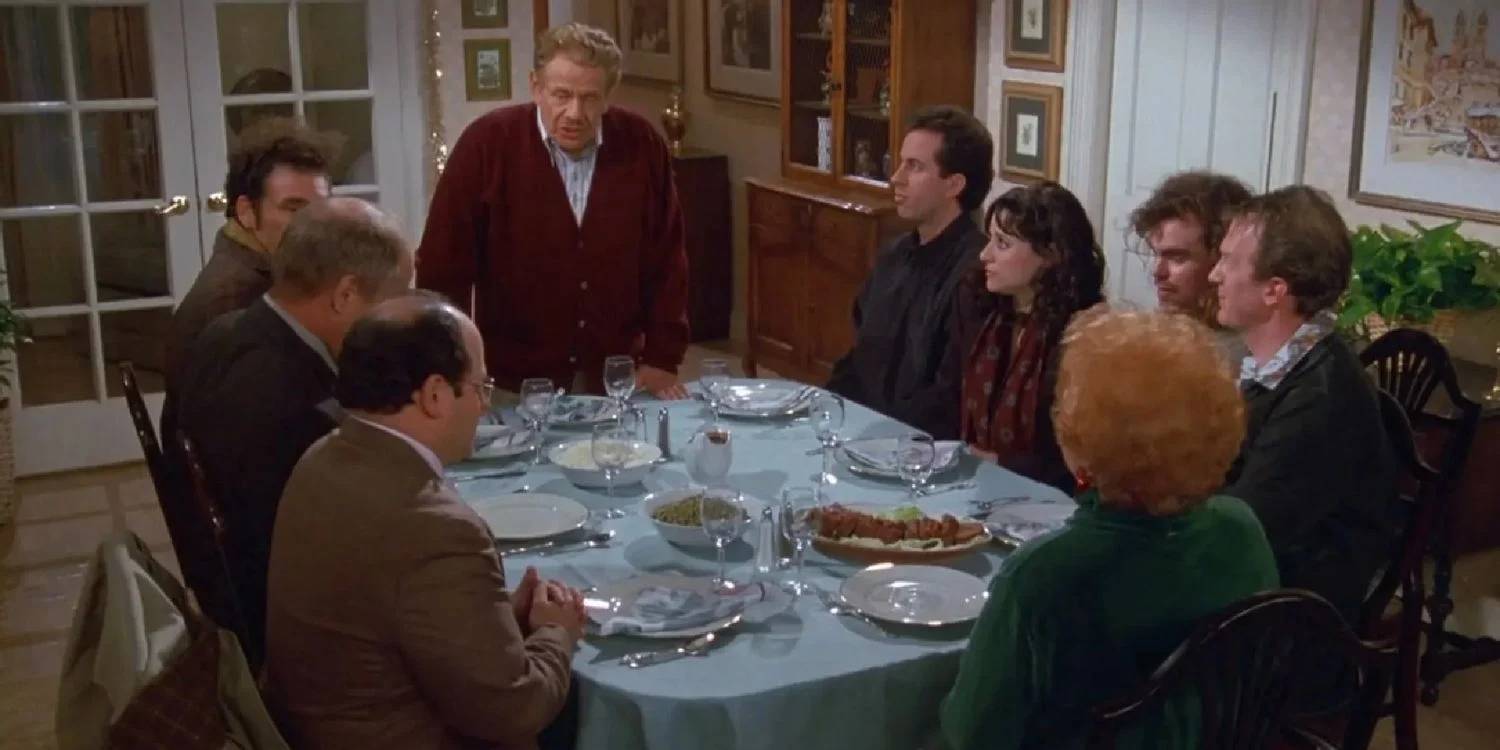 ‘The Strike,’ from Seinfeld’s final season, is one of the most memorable episodes. Festivus, a horrific holiday established by Frank Costanza to be a sort of anti-Christmas, and George’s anxiety of having to attend it take up a big portion of the episode.

While it’s unlikely that many viewers have been to a family gathering as bad as Festivus (complete with a bare aluminum pole in place of a tree, the airing of grievances, and an unappealing-looking meatloaf served on lettuce), almost everyone has been to a family holiday event they didn’t want to go to. As a result, George’s dismay at yet another year of Festivus feels – in some ways – quite real. It’s also a wonderful example of a Christmas story that makes you feel horrible. 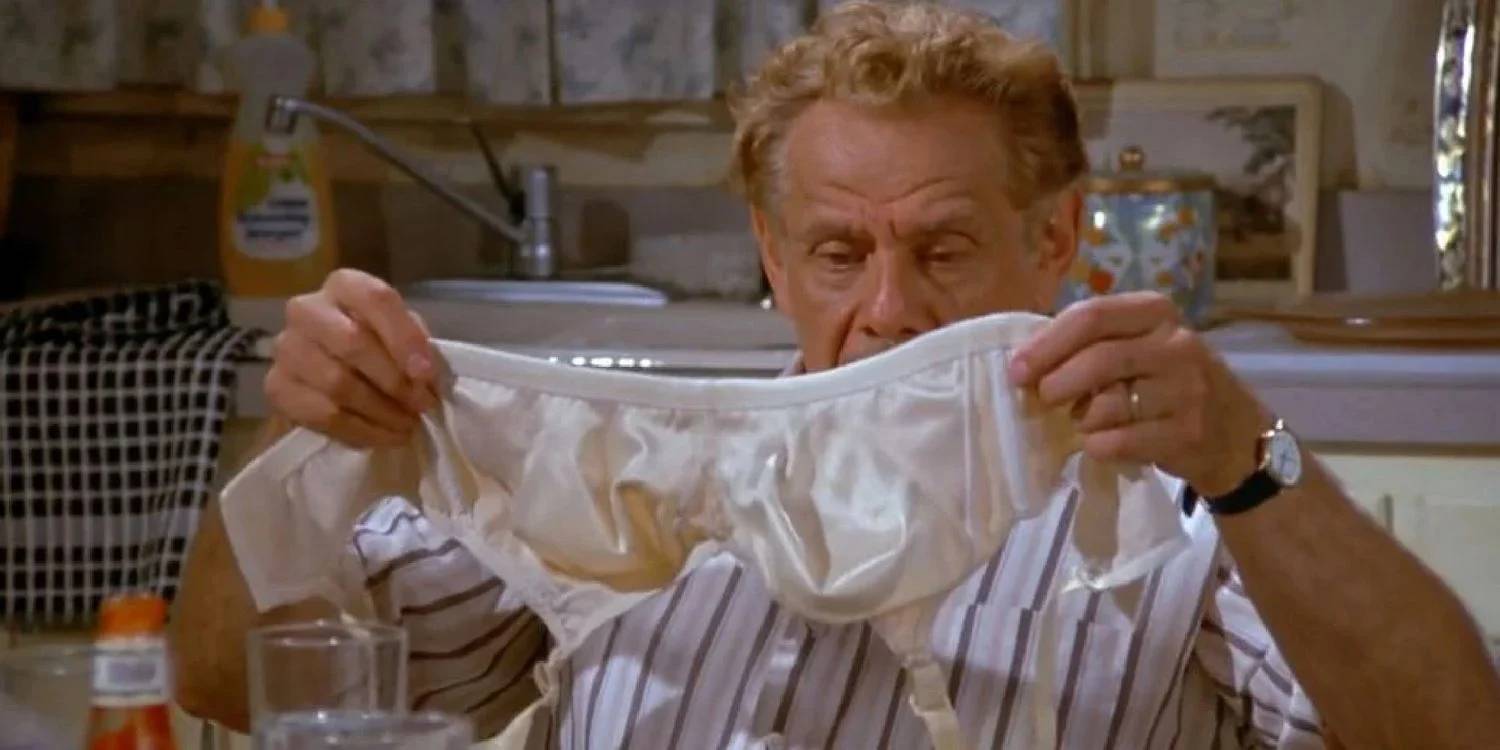 George’s near-constant job search is sympathetic enough, but ‘The Sniffing Accountant’ takes it to the next level with one extremely humorous, very unpleasant dinner scene in which George’s father suggests George work as a bra salesperson and gives him an uncomfortable rundown on some bra-related information.

In a very Costanza family way, it depicts the potentially relatable situation of a parent trying to help their child but making them feel awkward and weird in the process. Of course, this is more likely to happen to a teenager or young adult getting parents to help them find a casual or part-time job, but this is George we’re talking about…

Backpedaling desperately after a mistake in ‘The Revenge’ (1991) 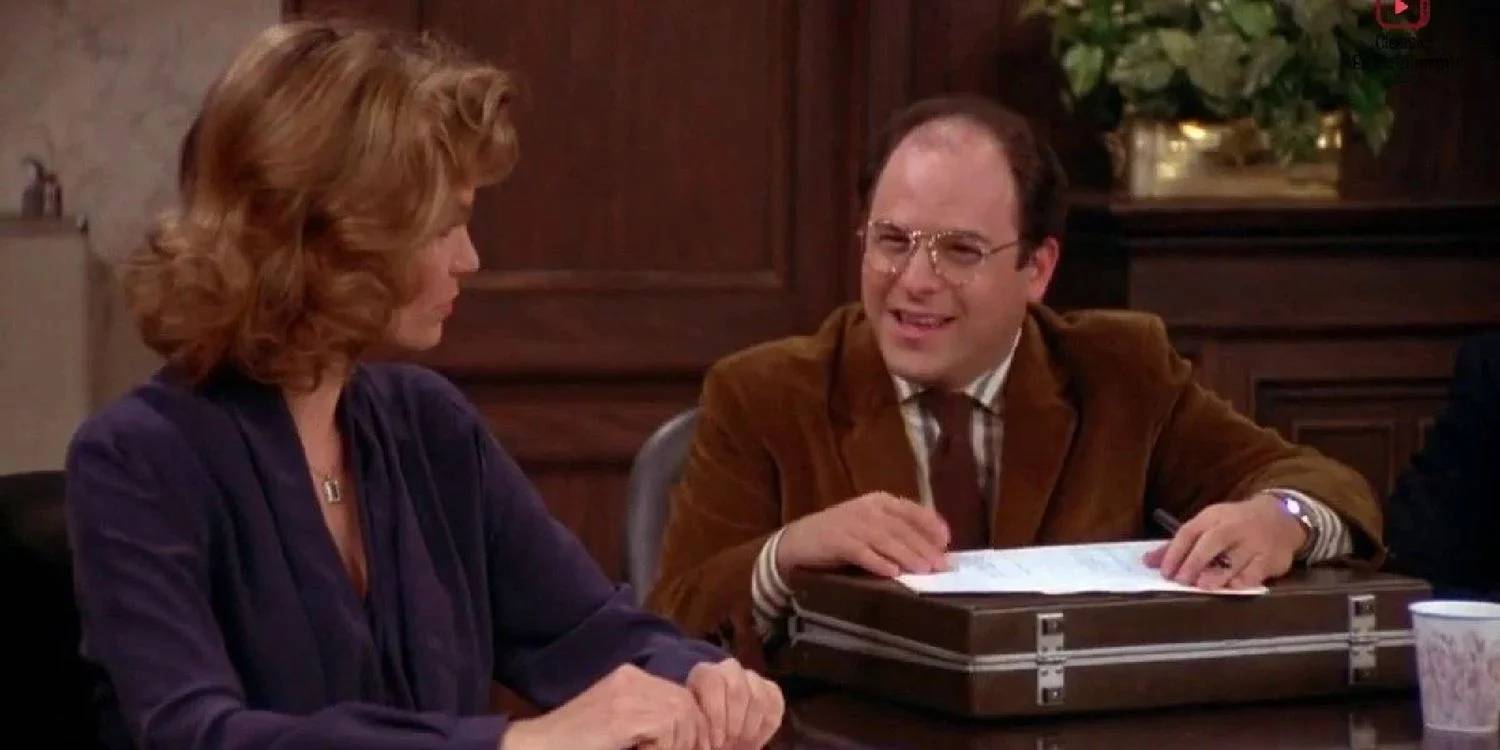 George’s plot in season 2’s ‘The Revenge’ involves his quitting his job on the spur of the moment, regretting it immediately, and then attempting to return to work as if nothing had happened… which, of course, fails miserably.

While most viewers won’t be able to connect to Larry David’s experience of resigning his writing job on Saturday Night Live in the 1980s, feeling certain about something one minute and then regretting it the next is something that can and does happen to everyone. Furthermore, anyone who has tried to obtain any form of work in the world’s increasingly competitive labor markets would empathize with George’s desperation regarding where to go for another job shortly after quitting.

Disappointment in Christmas gifts in ‘The Strike’ (1997) 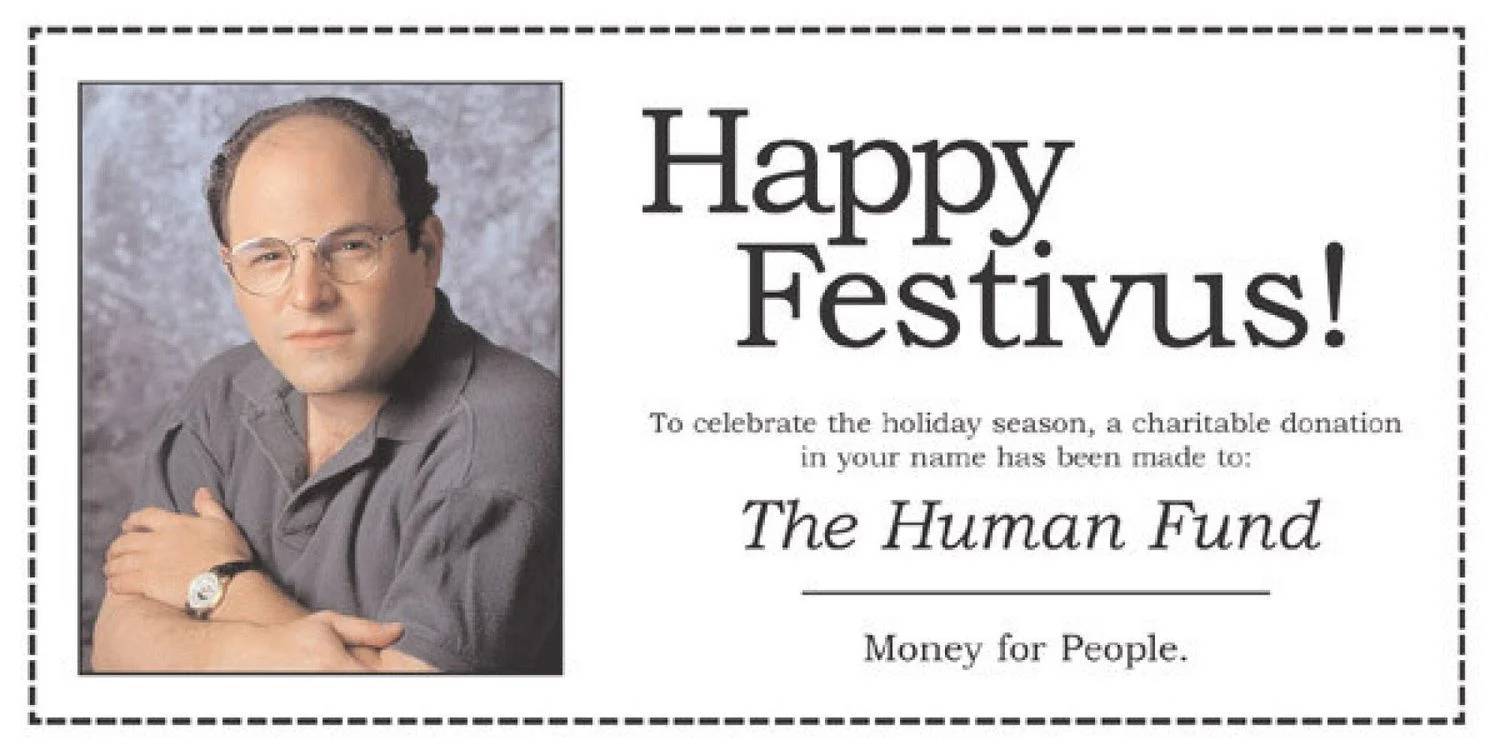 When it comes to Christmas, George can’t seem to get a break. While dealing with his father’s Festivus threats, he also gets angered by gifts from coworkers that he doesn’t believe are gifts: in this case, donations made on his behalf to organizations.

Viewers, like George, may have been disappointed by some Christmas gifts in the past, whether they prefer to admit it or not. The fact that they didn’t develop their own false organization like “The Human Fund” to get out of spending any money on gifts for coworkers, colleagues, or family members should give viewers some comfort.

Exploding at annoying moviegoers in ‘The Opposite’ (1994) 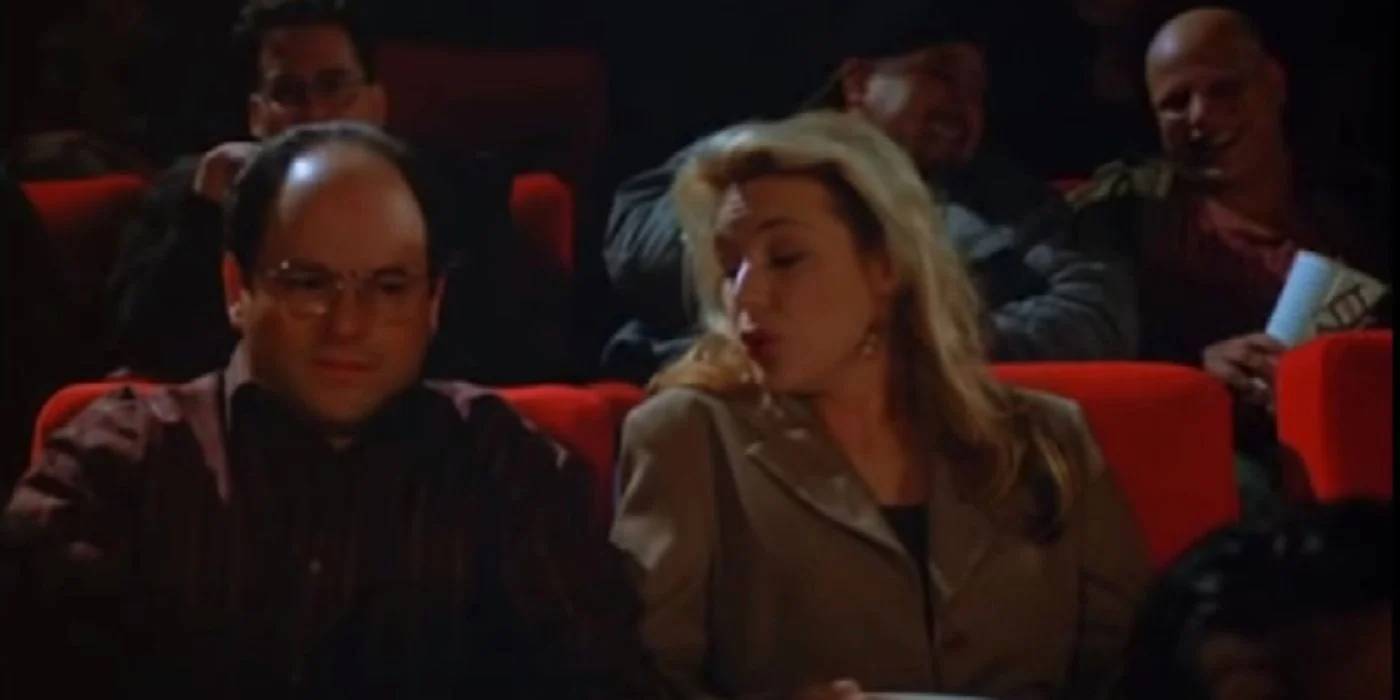 Now, technically, this relatable George moment occurs in the legendary episode where George does the polar opposite of what he typically does and discovers that life works out well for him when he ignores his instincts. It’s him erupting at a couple of obnoxious moviegoers and ordering them to shut up and stop kicking the backs of his and his date’s chairs in this case.

It’s a cathartic moment that many of us have thought about doing in some form (perhaps less explosively) but haven’t had the bravery to do. It’s a general, everyday annoyance to relate to – the obnoxious moviegoer – and that’s what makes this specific (and unusually heroic) George moment so fantastic. 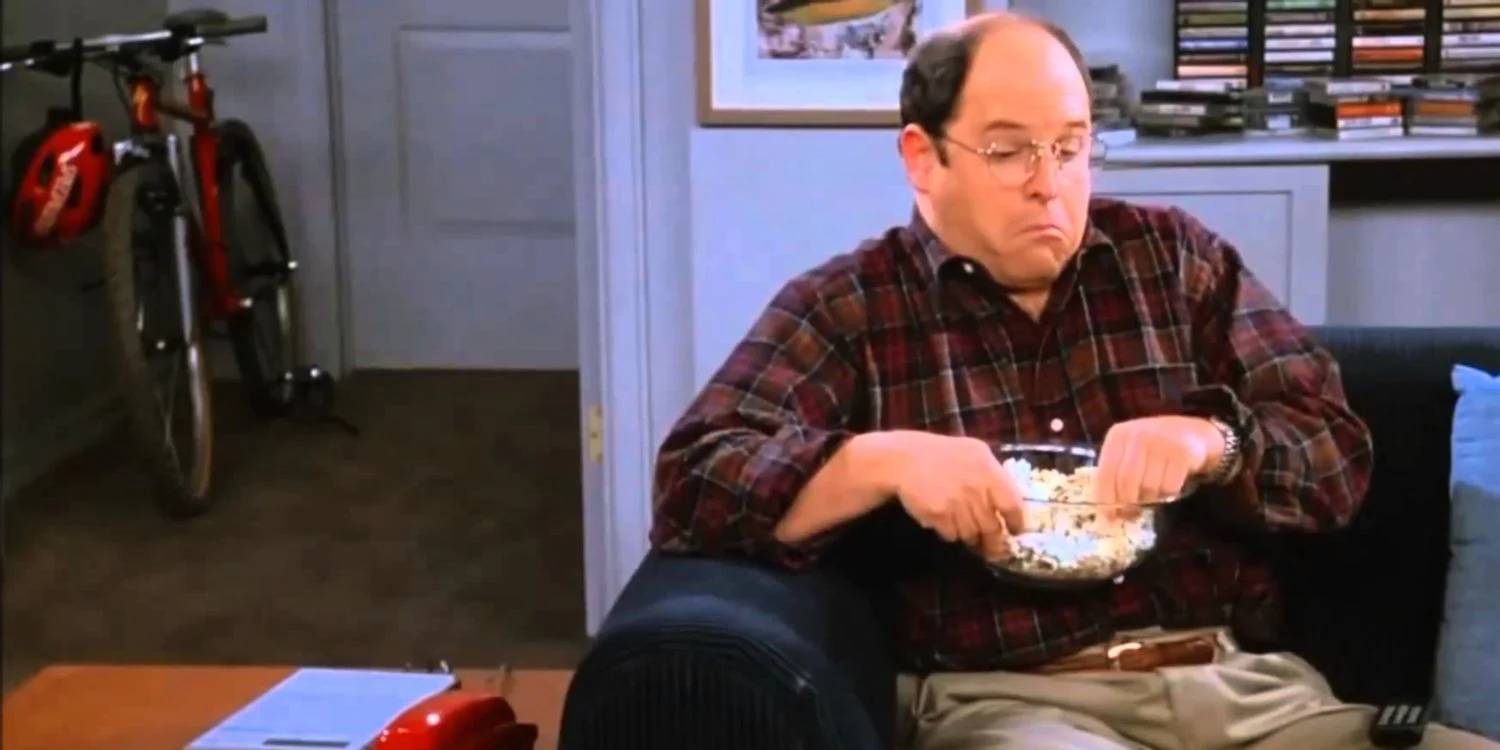 One of Seinfeld’s funniest moments is George’s answering machine tune. George records a crazy answering machine message in which he sings about not being at home, even though he is almost always at home, to avoid talking to a girlfriend so she can’t break up with him.

While few people (hopefully) would do this, there’s something understandable about not wanting to answer the phone in general, especially when you’re not in the mood to talk or aren’t sure who’s calling. Although it’s not the same as the reason George rejects the phone calls in this episode, there’s something oddly soothing about George gleefully ignoring a call here, and the hilariously foolish way he does it. 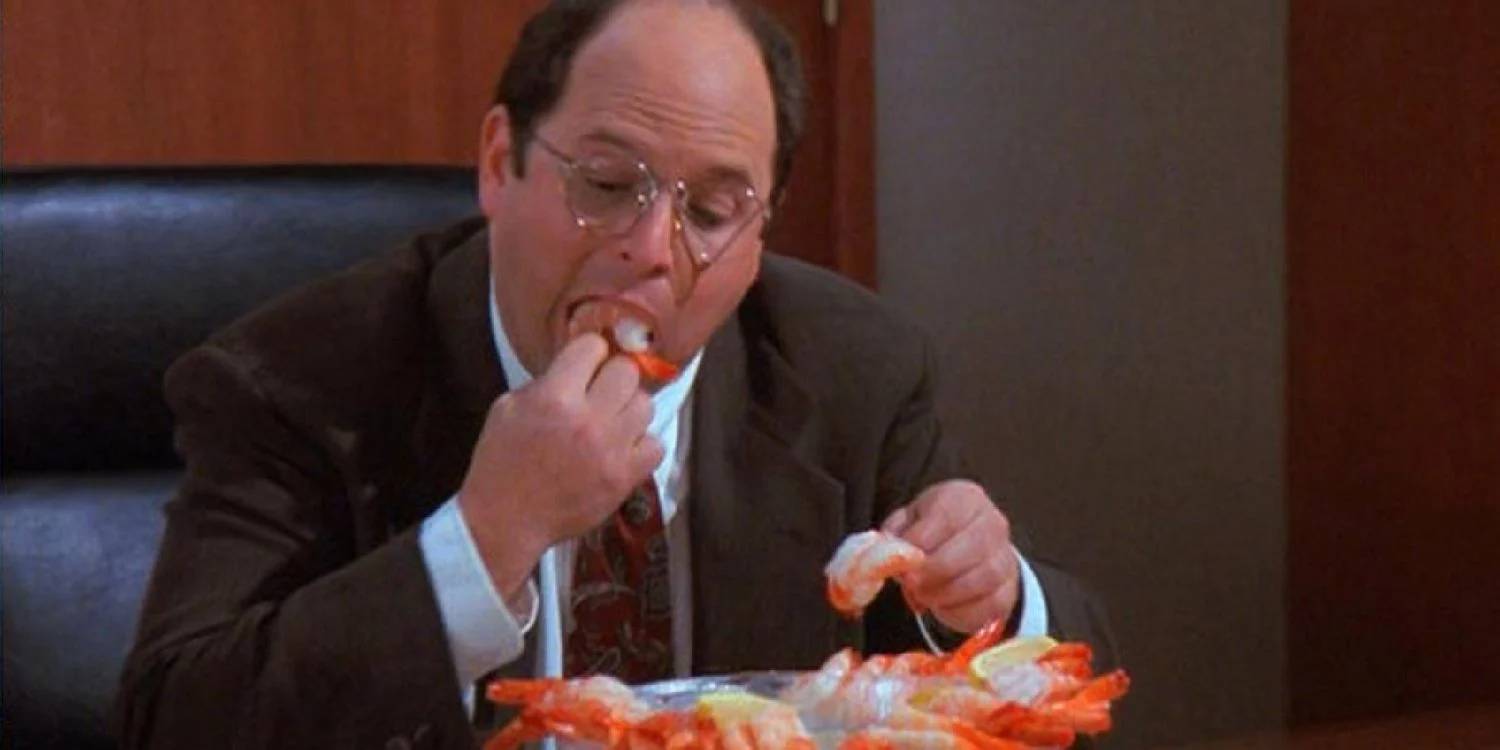 In season 8’s ‘The Comeback,’ George devises what he considers to be the ideal retort to a joke made at his expense. The difficulty is that the thought occurs to him after the opportunity has passed, so he spends the rest of the episode attempting to create a circumstance in which he may express it.

It’s the fact that it’s not even a fantastic response that makes it so funny, as it pales in comparison to some of the best movie or television insults ever. However, most viewers will have had the experience of replaying a discussion in their heads, coming up with something ideal to say, and then regretting not saying it. George goes too far – as he always does – by urgently attempting to use it again, but the disappointment that comes with thinking of something to say too late is very common. 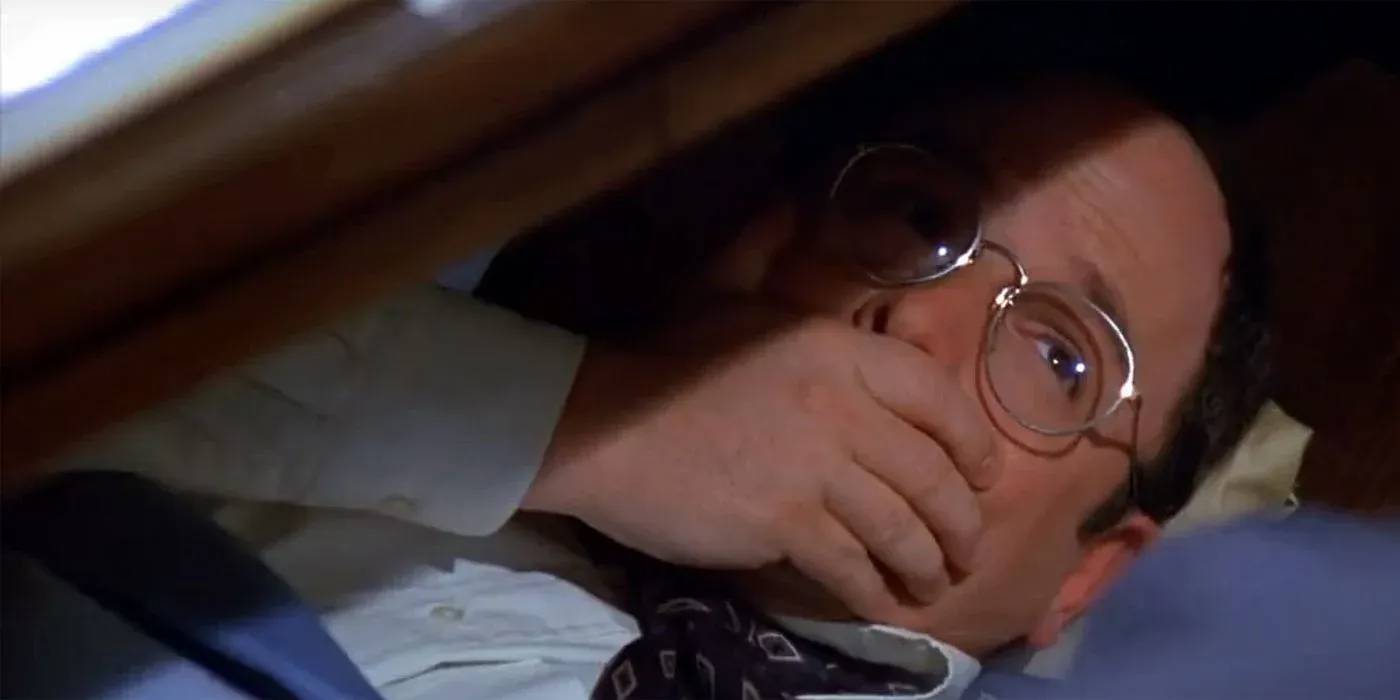 At some point in their lives, everyone has felt fatigued at work or simply exhausted when doing something they don’t want to do. Whereas most individuals might combat tiredness at work by getting more sleep, drinking more coffee, or viewing more horror flicks that will keep you alert and frightened of sleep, George takes it a step further.

He turns dozing on the job into an art form in ‘The Nap,’ going it too far with disastrous comedy effects. As is typical of George, his commitment to being lazy may not be entirely relatable, but the method in which he gets lazy/tired in the first place? We’ve all been in that situation…