When it comes to Netflix comedy movies, Bollywood has produced a slew of classics over the years. Any filmmaker’s go-to credo is and will always be comedy films. Perhaps it’s because to their broad appeal and high box office receipts. As a result, there are numerous superb comedic films available on Netflix that you may view at any time and from any location.
So, to binge-watch this weekend, check out this selection of the most recent Hindi comedy movies on Netflix with great ratings. 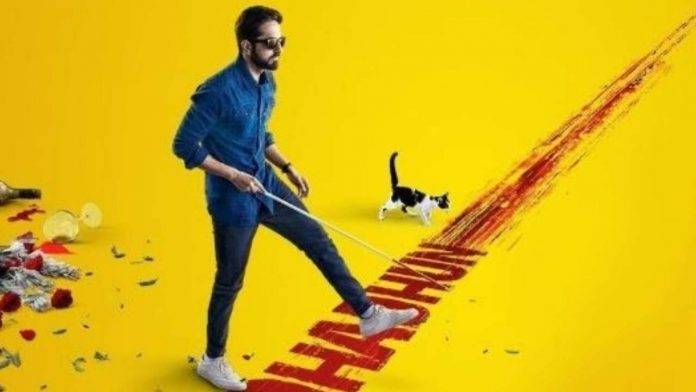 “Andhadhun” is considered one of Bollywood’s darkest comedy films. A sequence of inexplicable events alter the life of a blind pianist in this film. And now he has to report a crime about which he has no knowledge. This Sriram Raghavan film is probably one of the most well-known new Hindi comedy films that will keep you on the edge of your seat. 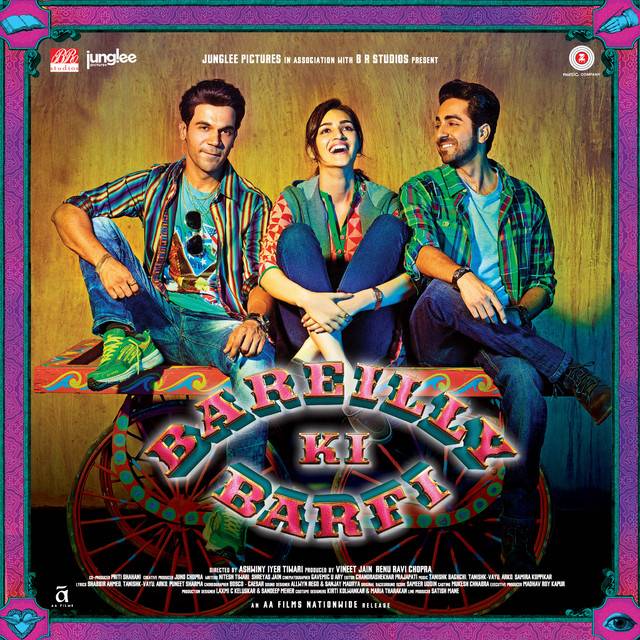 “Bareilly Ki Barfi” is without a doubt one of the most popular romantic comedy films in Hindi today. In this film, a free-spirited young girl from a tiny village wants to live life on her own terms. She also refuses to be pushed into a marriage. Her life, however, takes a turn when she meets two boys at the same time. 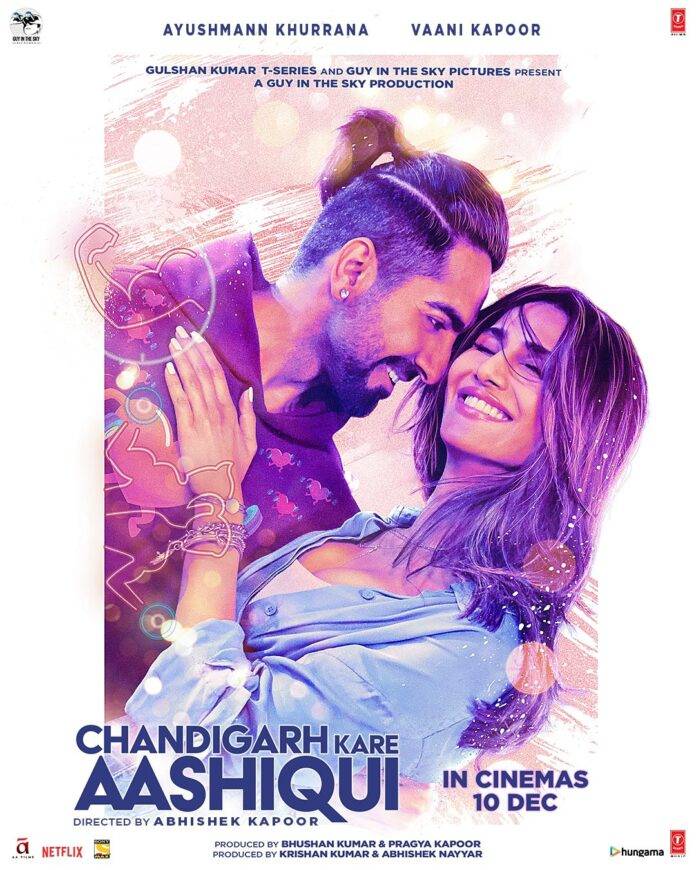 “Chandigarh Kare Aashiqui,” a Bollywood comedy film starring Ayushmann Khurrana and Vaani Kapoor, is one of the most recent releases. This film portrays the life of a transgender person in a unique way, combining romance and comedy. It is certainly one of Ayushmann Khurrana’s best films. 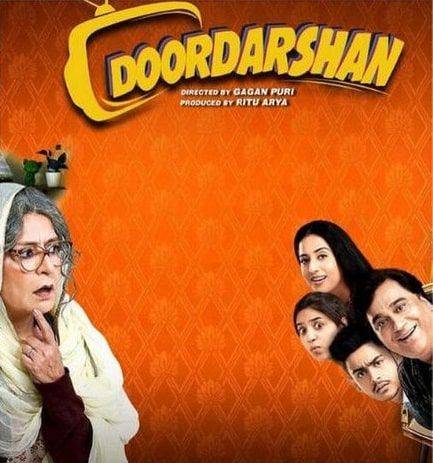 “Doordarshan” is a well-known comedy film from Bollywood’s recent releases. When the family’s grandmother wakes up, a couple is forced to rekindle their marriage and keep the peace at home. 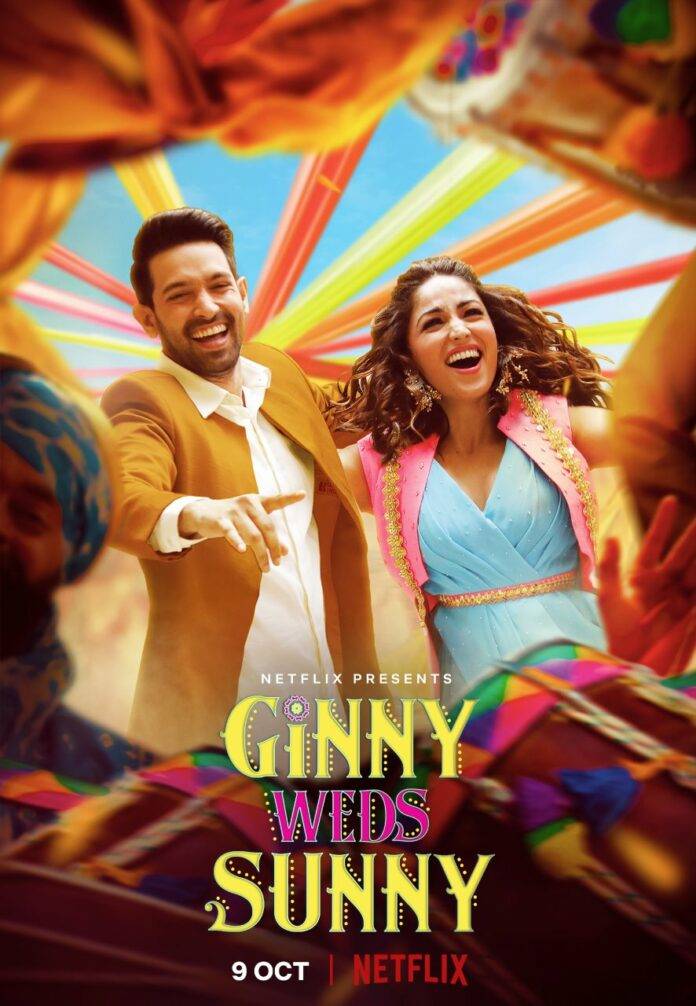 “Ginny Weds Sunny” tells the story of a headstrong Ginny who meets Sunny for an arranged marriage but rejects him. Sunny later partners up with Ginny’s mother to reclaim her affection. This is one of the most popular romantic yet comedy movies in Hindi, starring Yami Gautam and Vikram Massey. 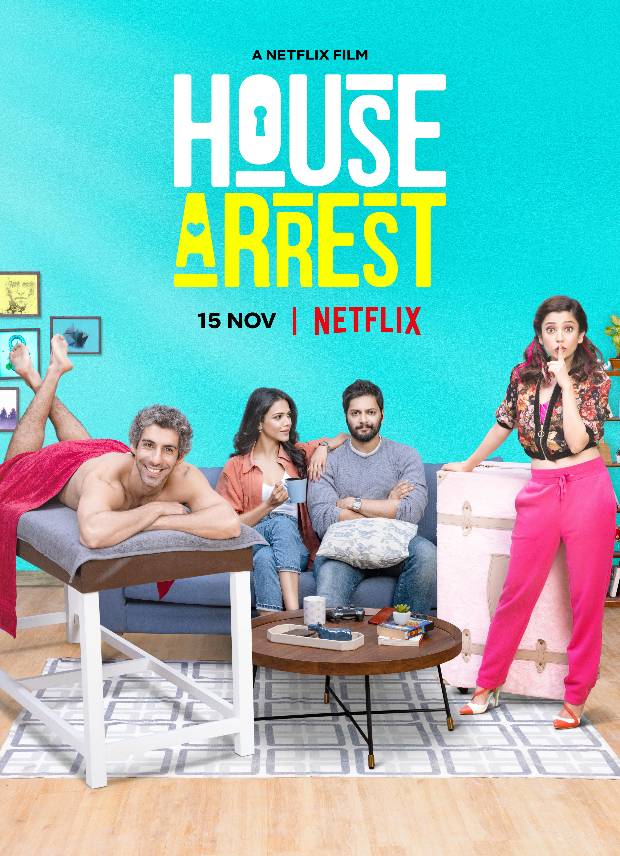 “House Arrest” is a Netflix original comedy film about a world-weary man whose self-imposed home confinement turns into a farce. And these snarls are exacerbated by the arrival of a strange parcel and a curious journalist at the same time. It is without a doubt one of the many Hindi comedy films. 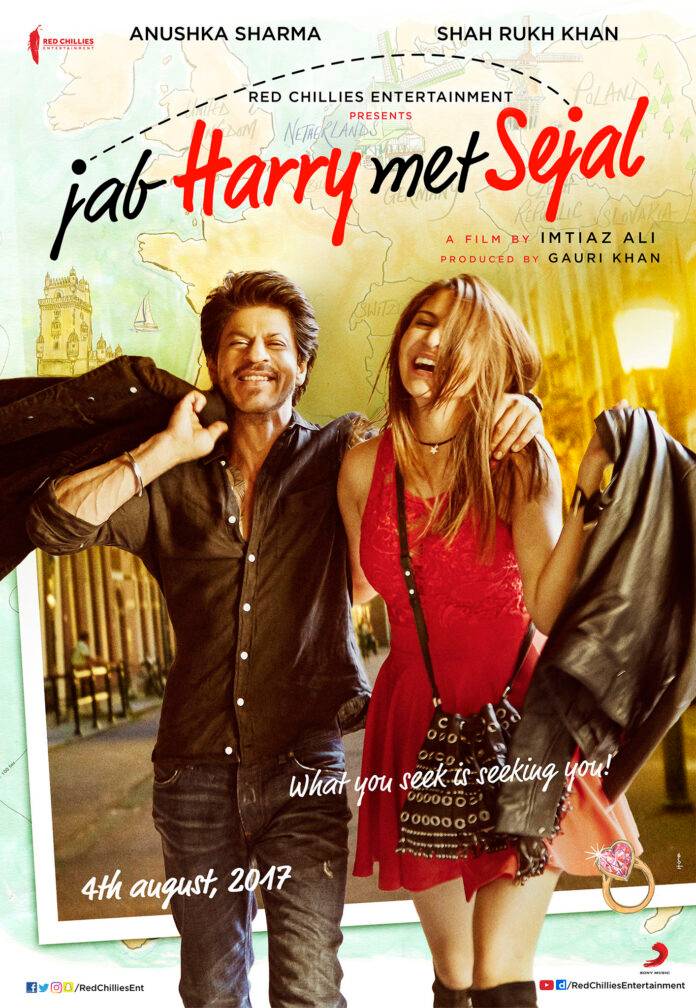 “Jab Harry Met Sejal” is a Bollywood rom-com film starring Shah Rukh Khan and Anushka Sharma in the key roles. The story follows a melancholy middle-aged tour guide who lives in his own little bubble. However, he is given a second chance to experience reality when he meets a cheerful girl. 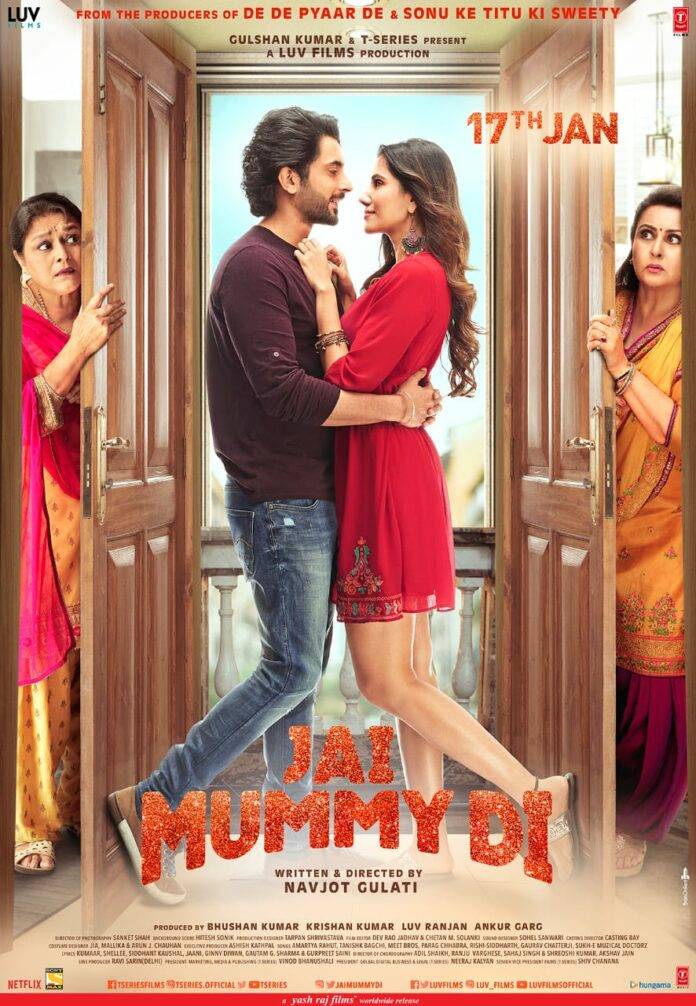 “Jai Mummy Di,” starring Poonam Dhillon, Supriya Pathak, and Sunny Singh Nijjar, is a lighthearted family comedy. The film tells the narrative of a couple who are forced to go through challenges and tribulations as a result of the relationships between their mothers. 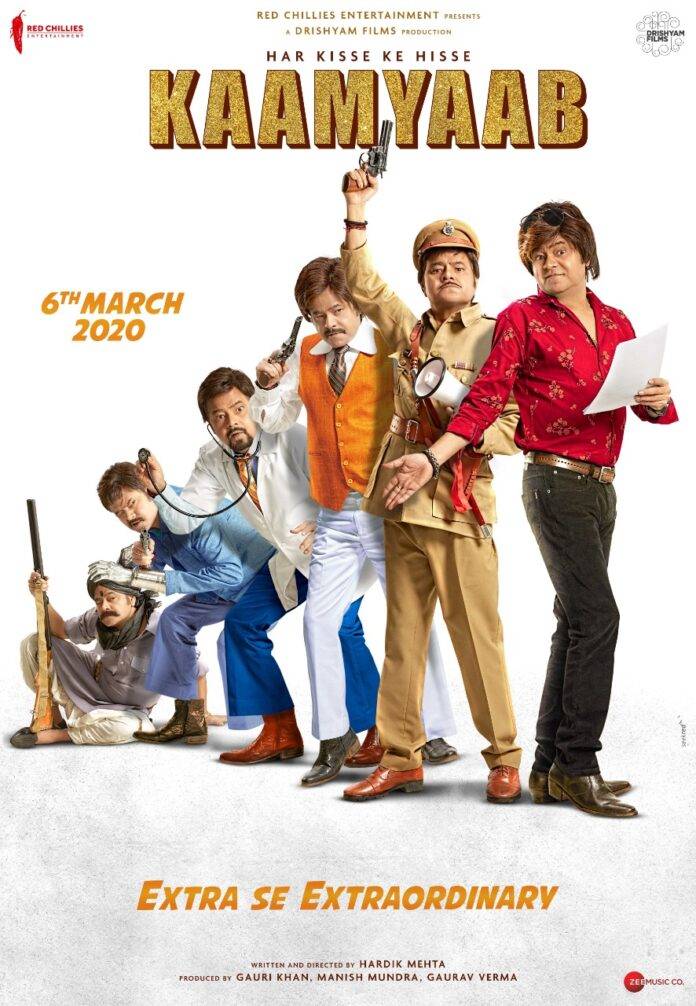 “Kaamyaab,” a Hardik Mehta film, is about an actor who discovers he was on the verge of breaking a record after retiring. As a result, he chooses to come out of retirement to complete the round figure of 500. It is without a doubt one of the best comedy films to come out of Bollywood recently. 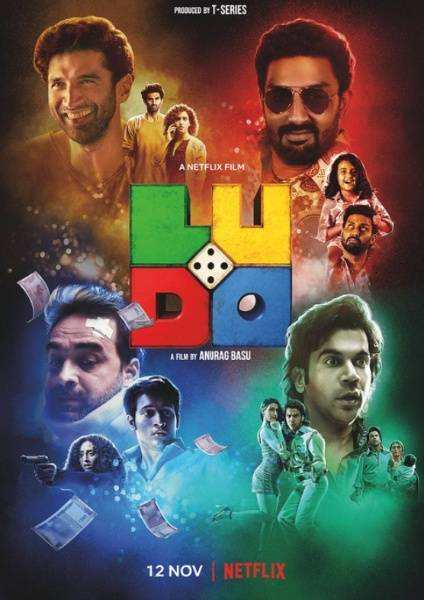 “Ludo” is a dark comedy film about four completely different storylines. The storylines converge at the whims of fate, chance, and one crazy criminal, from a resurrected intimate tape to a renegade suitcase of money. With its outstanding cast, this film is undoubtedly one of Bollywood’s must-see comedy films. 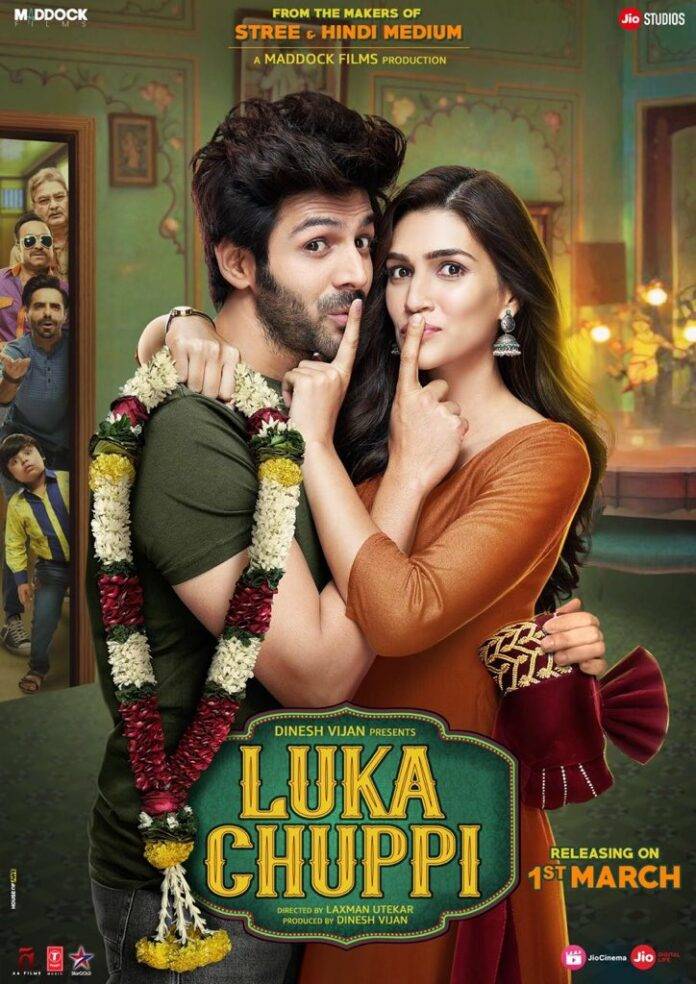 “Luka Chuppi” is without a doubt one of Netflix’s best comedies. In this film, a small-town couple finds themselves in a series of difficult scenarios in order to keep the truth hidden from their religious families. Surprisingly, the fact was that they were cohabiting while appearing to be married.

Made In China IMDb Rating: 6.2 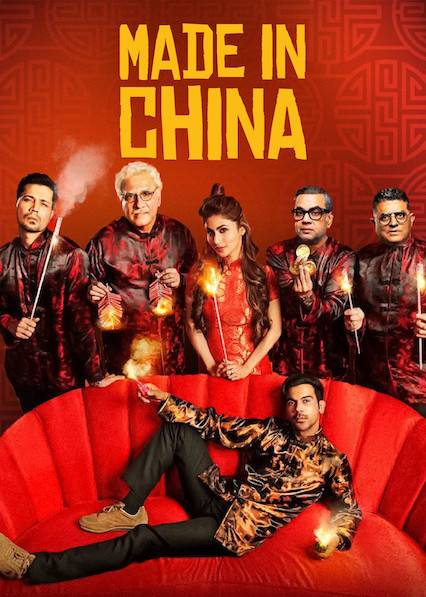 “Made in China” tells the story of a failing Gujarati businessman. This daring entrepreneur ventures into the unknown land of China in search of a once-in-a-lifetime business opportunity. He had no idea that it would forever affect his life. Despite the fact that it is not a blockbuster, it is undoubtedly one of the most recent Bollywood comedy films to watch. 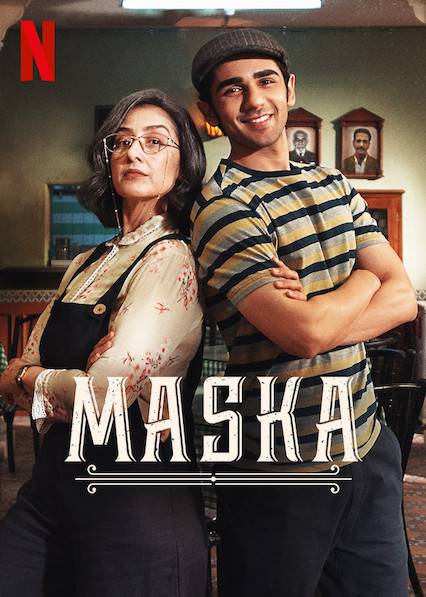 “Maska” is a film directed by Neeraj Udhwani and starring Prit Kamani and Manisha Koirala. This is one of the best Netflix comedy movies, in which a promising young actor considers abandoning his beloved family’s Irani café in order to pursue a career in show business. 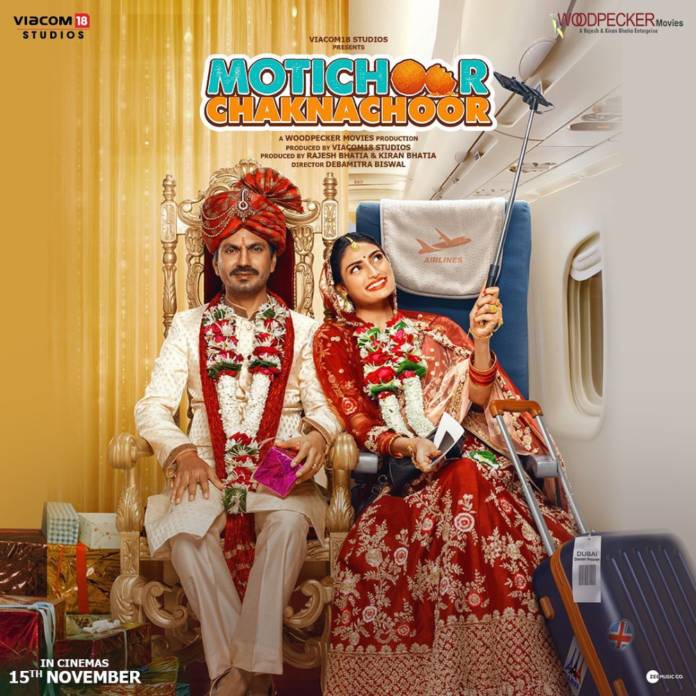 “Motichoor Chakhnachoor,” starring Nawazuddin Siddiqui and Athiya Shetty, is one of the best Hindi comedy films. The plot of this film centres around a 36-year-old unemployed man looking for a wife and a lovely woman looking for a husband. The plot thickens when he learns that the girl intends to live overseas after they marry. 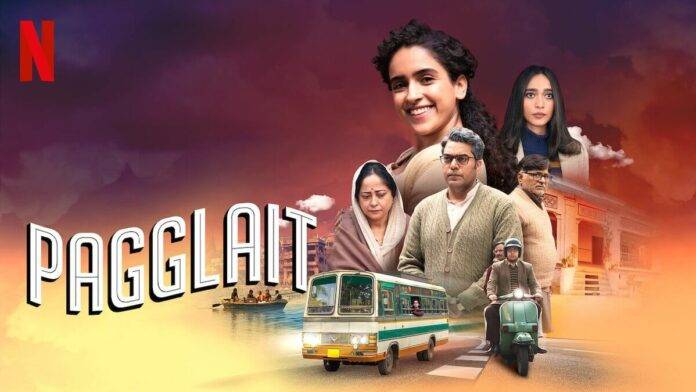 “Pagglait,” a Netflix comedy starring Sanya Malhotra, is one of the best comedies available. When a young woman is widowed soon after marriage, she struggles with an inability to grieve. She later learns a shocking revelation about her late husband. 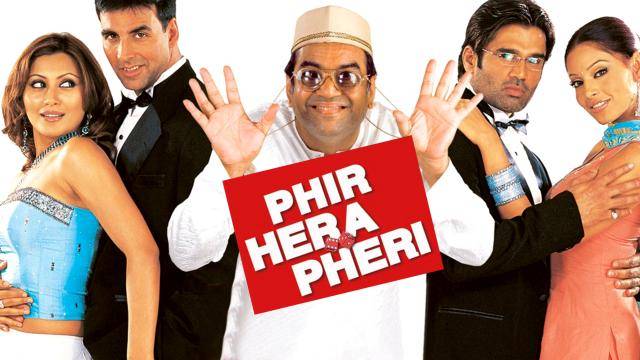 “Phir Hera Pheri” is the sequel to the classic “Hera Pheri,” and stars Suniel Shetty, Akshay Kumar, and Paresh Rawal in the key roles. This film franchise is unquestionably one of Bollywood’s classic comedy films. The comic three in the film are lords of the genre and can never go wrong. 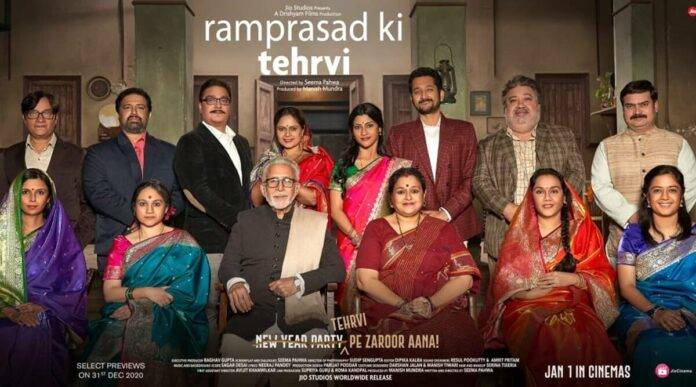 “Ramprasad Ki Tehrvi,” starring Supriya Pathak and Konkana Sen Sharma, is a comedy-drama film in which their full family gathers under one roof for 13 days when beloved Bauji passes away. You’ll get a glimpse of family relationships, politics, and their fears with one another in this film. 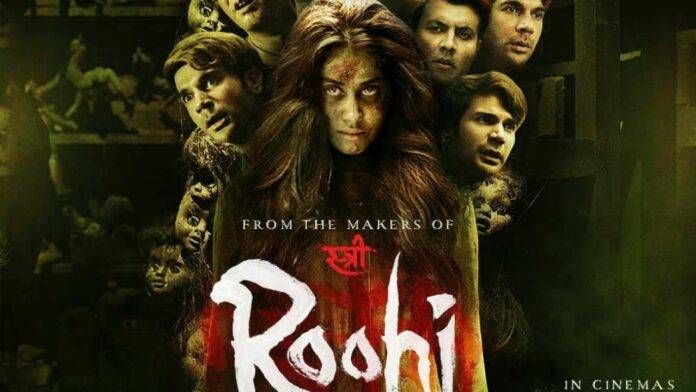 “Roohi” is a horror comedy about two foolish friends who are hired to abduct a bride. However, they find themselves in an odd situation when one falls for the ghost who is possessing her and the other for their abductee. It is undoubtedly one of Bollywood’s most popular comedy films. 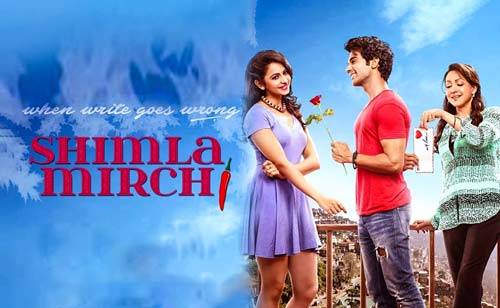 “Shimla Mirchi,” a comedy film starring Hema Malini, will be released in 2020. Avi falls in love with Naina while on vacation in the film. He writes her a letter confessing his love for her. The fun begins, though, when Naina’s mother reads it incorrectly. 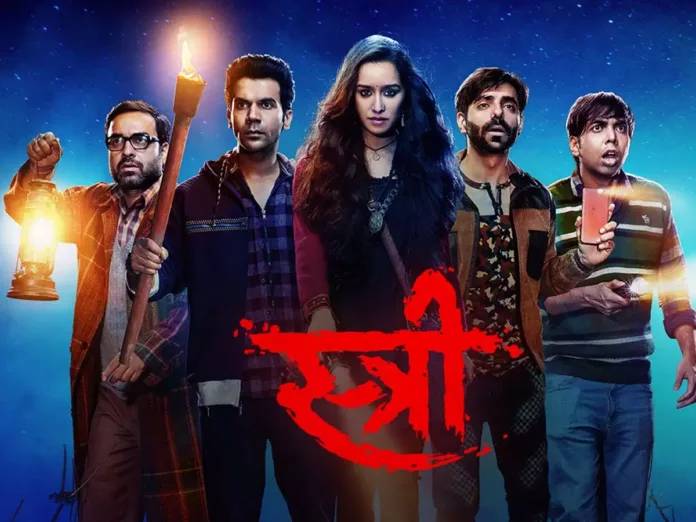 “Stree,” starring Shraddha Kapoor and Rajkummar Rao, is one of the most recent Bollywood comedies that is also a horror film. The plot centres around “Stree,” an evil spirit. The men of Chanderi’s little community live in fear of the spirit since she abducts men at night. 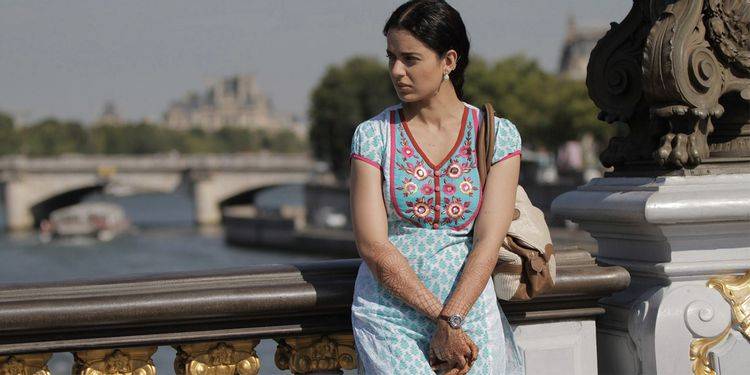 The year 2022 is arrived! The new year is full of possibilities and opportunities, and everyone is eager to try something new, whether it’s new destinations, cultures, or movies! You’re now faced with the difficult task of deciding what to watch next after going through your watch list and binge…