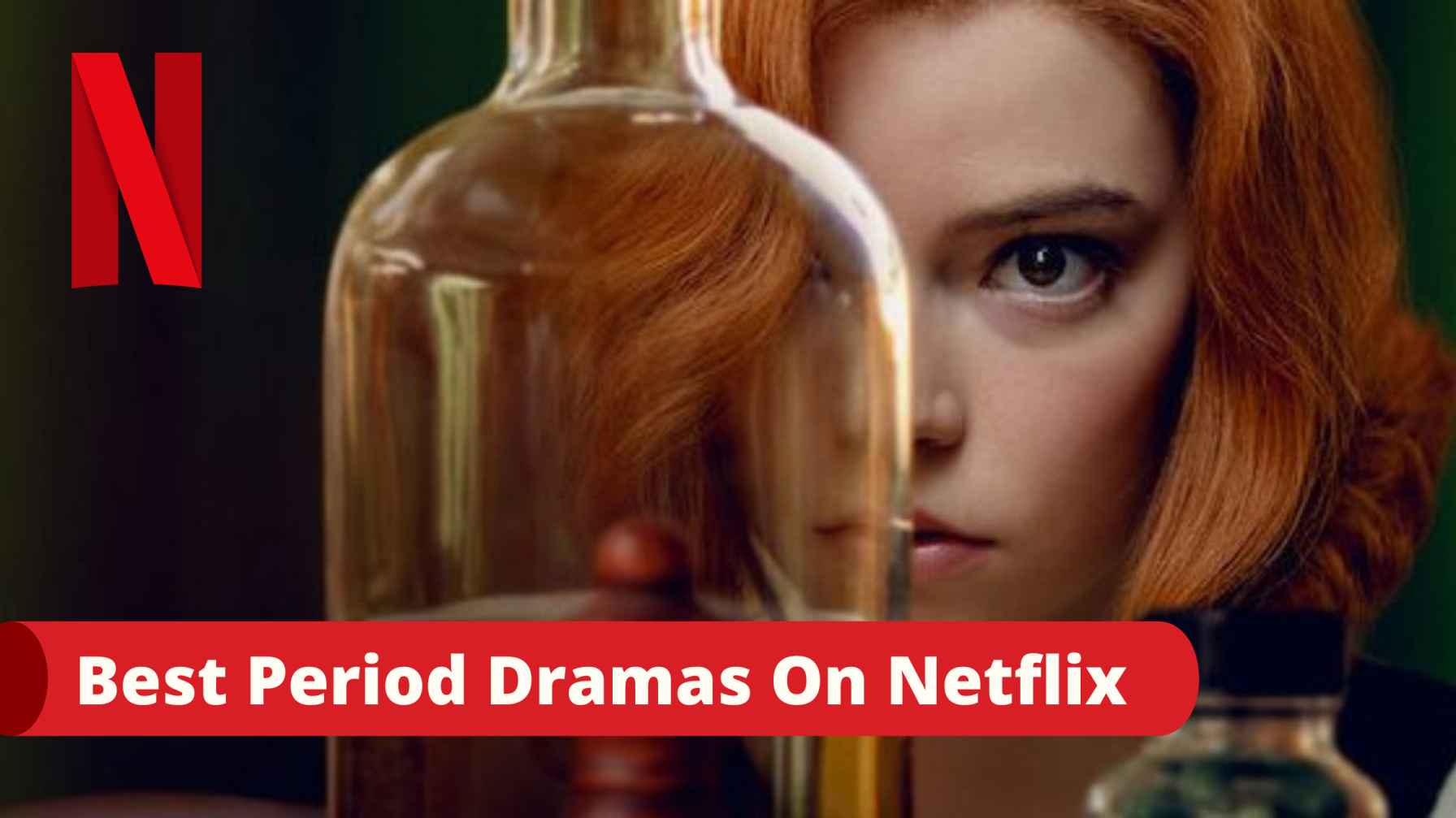 Netflix is currently hosting several excellent period drama TV programmes from around the world. We’ll go over our very favourite period dramas on Netflix, whether they’re in English or some of the best international period dramas currently accessible. Our pals at Willow and Thatch are the go-to resource for period drama lists covering numerous streaming sites. Please keep in mind that while this list should primarily cover global releases, we’ve highlighted titles that are only accessible in certain areas.

Babylon Berlin is not just a fantastic period piece, but it’s also one of the most underappreciated international titles on Netflix right now. This series is set in Germany during the Weimar Republic in the late 1920s and follows a police inspector on assignment in Cologne. It is one of Netflix’s best International Period Drama Series.
The series is set to premiere its fourth season sometime in 2022.

This Regency-era period drama, which follows the aristocratic Bridgerton family, is currently the most-watched series on Netflix within the first 28 days of release. Despite the fact that it weaves in and out of real-world events and features real-world characters, the series exists in a “alternative history.” The show is based on Julia Quinn’s book, which was adapted for Netflix by Chris Van Dusen and Shonda Rhimes.

Season 2 is on the way with spin-offs and more already confirmed.

The Crown, Netflix’s award-winning period drama, is one of the most extravagant period drama productions in history. The series spans decades, following the reign of Queen Elizabeth II, the reigning monarch of the United Kingdom. The Crown is ready to go through its third wave of cast changes as Queen Elizabeth enters a new age. It has been renewed for season 5, which will premiere in 2022, as well as a sixth and final season, which will most likely premiere in 2023.

Downton Abbey, the British series that aired on ITV in the UK and PBS in the US, is perhaps the most iconic historical drama series of the last decade or so. The storey is set in the early 1900s and follows an aristocratic family and the drama that unfolds inside them. It chronicles major historical events such as the Spanish flu, World War I, and the Titanic’s sinking. Throughout 2021, the show will be available on Netflix around the world, and its popularity will skyrocket. Some territories are also presently streaming the sequel film, which was released in 2019.

Continuing our look at what those crazy Brits got up to in the twentieth century, we go on to The English Game, which examines how the modern-day game of football came to be. While the subject matter may be limited, the costumes and writing will keep you fascinated even if you aren’t a die-hard football fan. Julian Fellowes, the creator of Downton Abbey, is behind the new series.

High Seas, a mystery thriller set on a luxury ocean liner where a series of deaths occur, is one of numerous Spanish period dramas to have appeared on Netflix over the years. It’s set in the late 1940s and has been viewed all over the world. A fourth season was planned but cancelled by Netflix, however this will not impede your ability to finish and enjoy the series because it concludes with a strong enough climax.

One of Netflix’s most decorated limited series in its history concludes our list of English-language period drama programmes. We follow a little girl’s journey into the world of competitive chess, played by Anna Taylor-Joy. It’s brilliantly produced and sits towards the top of our ranking of the best Netflix limited series.

This period drama, which first broadcast on The CW, attempts to chronicle the storey of Mary, Queen of Scots’ ascension. It regrettably has some of the issues that other CW shows have, but given the episode count and the fact that it still receives positive reviews on IMDb, this is definitely one to try at the very least. Reign will not be available on Netflix indefinitely. In fact, according to our calculations, you only have until September 2022 to keep an eye on things.

Given that it’s a massive multi-lingual show that broadcast in various nations throughout the world, there’s a case to be made for including it in the international area. The series, which begins in 1667, tells the storey of what transpired when the French nobles (the upper class) decided to rebel against the existing monarchy. While the series was unable to sustain its level throughout (season 3 was much worse), it is still a fascinating watch.