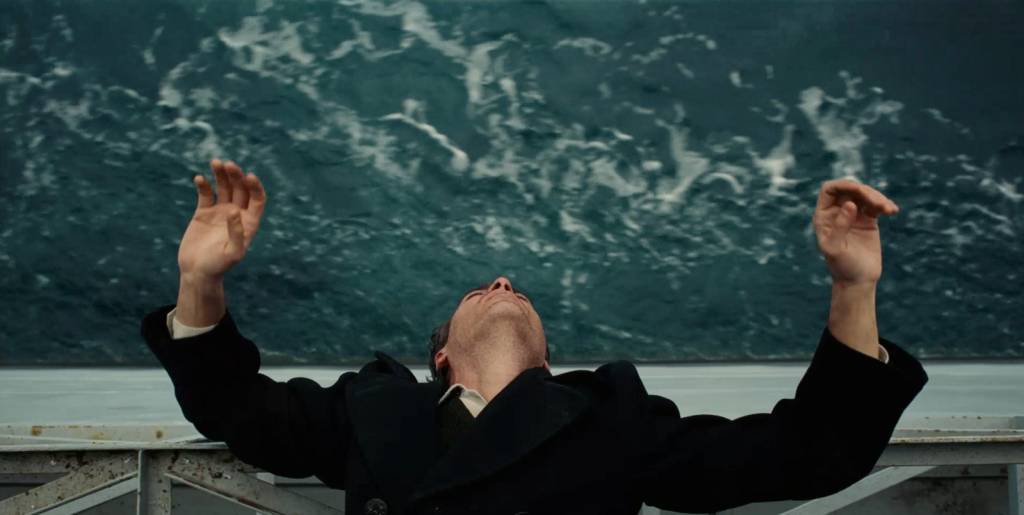 Movies have a secret key to unlocking complex answers when it comes to revealing the beauty and mystery of existence and the world. For more than a century, film has explored the haunting subject of “Who am I?” as a distinct art form that deals with space and time. Almost every master filmmaker who followed this route ended up in one vague and intangible phenomenon that might be summed up as “spirituality.” Films by masters such as Andrei Tarkovsky, Theo Angelopoulos, Béla Tarr, and Ingmar Bergman become serious reflections on humanity and its many spiritual ways of connecting with the universe. With that said, here’s a list of really good spiritual movies on Netflix that are now available to watch: 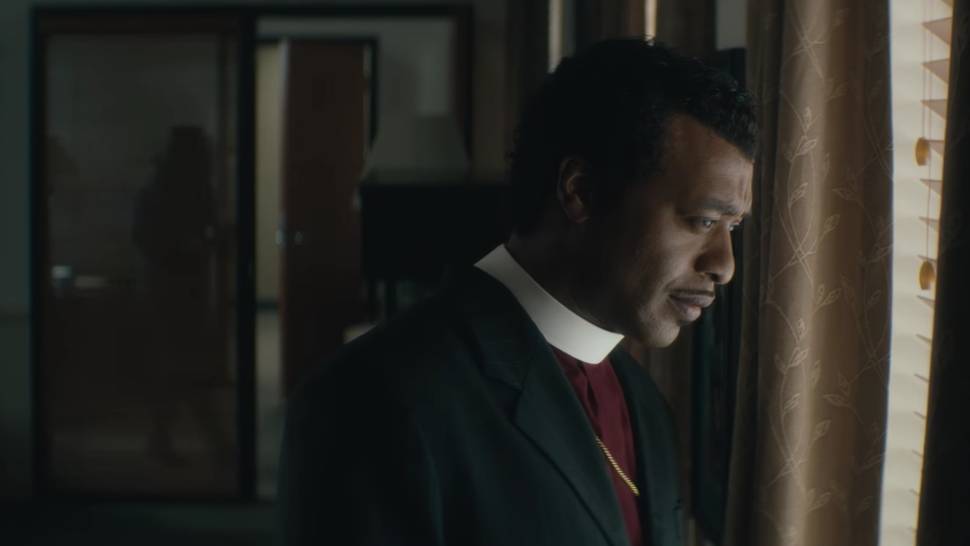 ‘Come Sunday,’ directed by Marcus Hinchey and starring Chiwetel Ejiofor, Jason Segel, Condola Rashad, and Lakeith Stanfield, is a drama film. Following Carlton Pearson, an internationally recognized and successful pastor who, after coming to a terrible conclusion, sacrifices his family, church, and everything else to share the message, the Joshua Marston directed film follows him. He immediately starts preaching that there is no hell, which goes against Christian teachings. As a result, he is labeled a heretic and excommunicated from the church right away. He now confronts an uncertain future, but will he reconsider his divisive position? 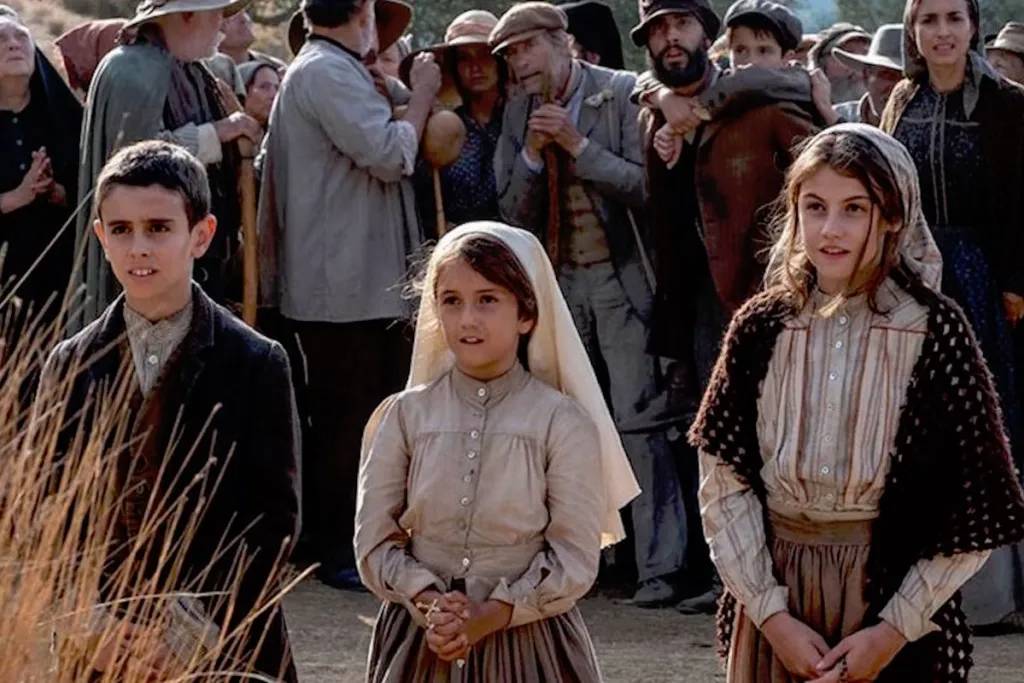 ‘Fatima,’ directed by Barbara Nicolosi and written by Marco Pontecorvo and Valerio D’Annunzio, is a faith-based drama film starring Joaquim de Almeida, Goran Vinji, Stephanie Gil, and Alejandra Howard. During World War I, three young children living in Fátima, Portugal, are the focus of the film. They are convinced that the only way to stop the war is to pray after witnessing Virgin Mary’s multiple visitations. As word spreads, people from all over the world travel to the area in the hopes of experiencing a miracle, while others try to persuade the children to abandon their official accounts. 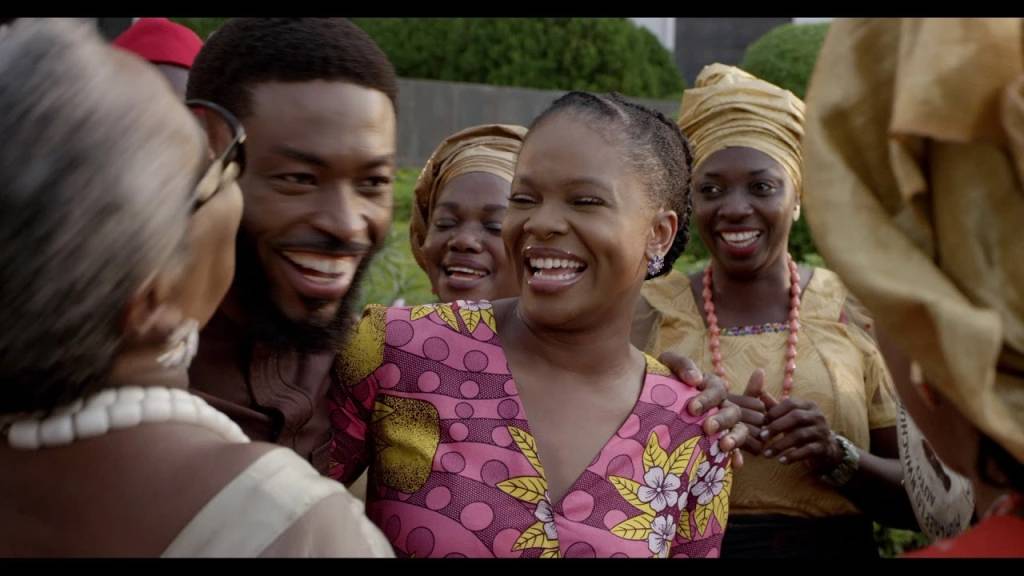 ‘God Calling,’ a Christian drama film produced by Omarinsojo Spaine and Heart in Motions Pictures, has standout performances by Zainab Balogun, Seun Ajay, Richard Mofe Damijo, and Ademola Adedoyin. Sade is the focus of the Bodunrin Sasore directorial, who, regrettably, is facing the greatest test of his life in the shape of a catastrophe. She is conflicted and hopelessly lost when she had an unexpected experience with God. The events that follow forever alter her life and set her on a journey to atonement. 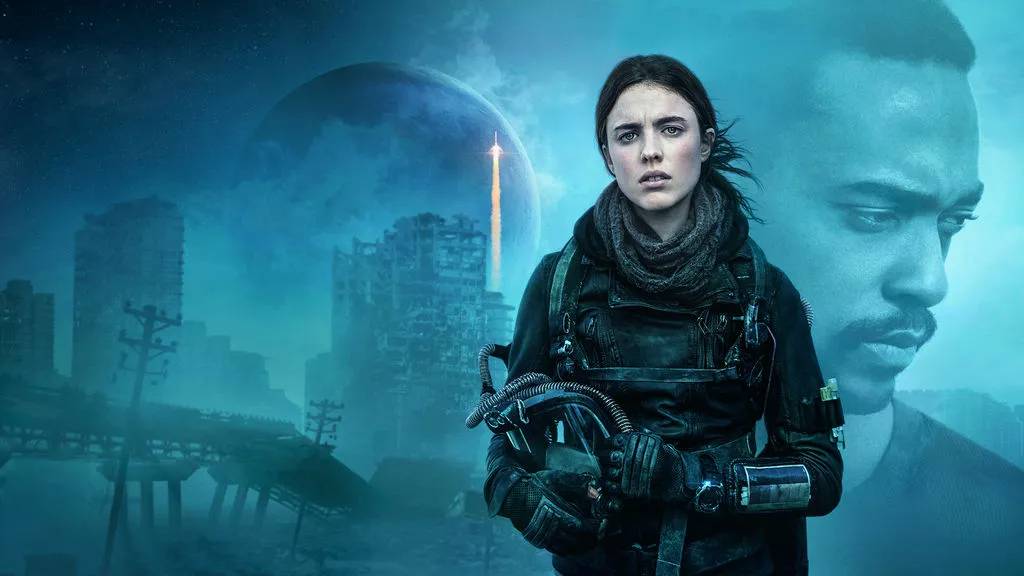 ‘IO,’ a Netflix film, is a meditative journey through issues such as humanity’s fate, existence, identity, and spiritual connection to the Earth. The story is set on a futuristic Earth that has been ruined by mankind’s greed. People are fleeing a planet that is no longer habitable. Jupiter’s moon IO, as well as the space beyond it, has become a new human hotspot. However, some people remain, determined to repair Earth and restore it to its former glory as a blue diamond.

Sam, a young scientist and the daughter of an environmental activist, opts to stay behind. Even though she has a plan to save Earth, staying behind is risky due to the lack of oxygen in the atmosphere. The title of the film, ‘IO,’ refers for Zeus’ mortal lover and Hercules’ mother in mythology, and it holds the key to Sam’s fate. The film ‘IO’ explores the complicated relationship between women, the land, fertility, and the phenomena of “birth.” Jonathan Helpert directed the film, which stars Margaret Qualley, Anthony Mackie, and Danny Huston in the key characters.

‘Layla M.,’ a Dutch film, depicts a frightening side of religion and spirituality. The story follows Layla, an 18-year-old Dutch girl of Moroccan heritage who is frustrated by society’s Islamophobia. She marries a hardline Islamist and moves to Syria with him as an extreme response to the society’s religious apartheid. Her utopian concerns about radical Islam, however, are quickly turned upside down as she struggles to acclimate to the patriarchal value system that rules the culture. Layla’s titular character is played by Nora El Koussour in the film. Mijke de Jong is the director of the film. The Netherlands’ official entry for the Best Foreign Language Film at the 90th Academy Awards was ‘Layla M.’

The comedy film ‘Life of Brian’ by Monty Python is a walk on the tightrope between religious mockery and blasphemy. The story revolves around Brian Cohen (played by Graham Chapman), who shares the same birthday as Jesus Christ! When a young Jewish man is mistaken for Jesus, a chain of humorous occurrences ensues. Graham Chapman, John Cleese, Terry Gilliam, Eric Idle, Terry Jones, and Michael Palin are among the stars of the film. Terry Jones is the director of ‘Life of Brian.’ The film is described as “a goofy, good-natured satire, having much more of a whimsical and welcoming air than a sacrilegious flavor,” according to a THR article. 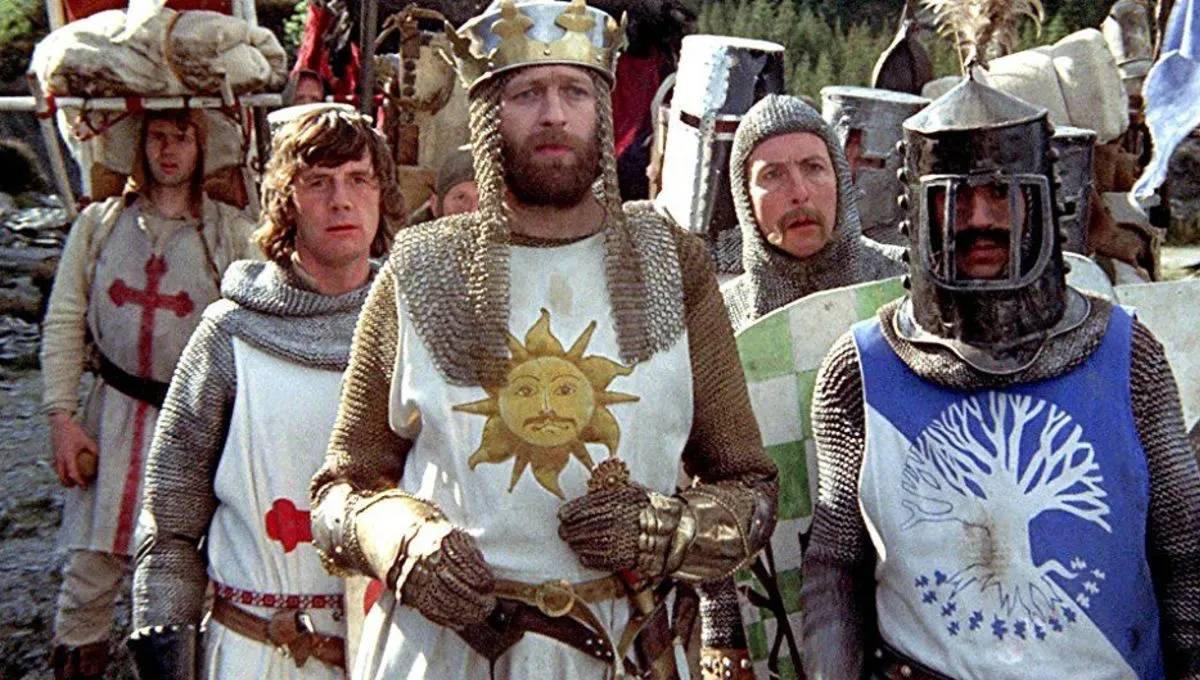 ‘Monty Python and the Holy Grail’ is a witty perspective on faith and spirituality. The plot is a spoof of King Arthur’s quest for the Holy Grail and the events that ensued. In the year 932 AD, King Arthur and Patsy, a musical Spamalot, scour Britain for recruits to join the Knights of the Round Table. However, their purpose is turned upside down when God appears to them on the journey and urges Arthur to find the Holy Grail. The film, directed by the legendary British comic troupe Monty Python, is widely regarded as one of the finest comedies ever created. John Cleese, Eric Idle, Graham Chapman, Terry Jones, Michael Palin, and Terry Gilliam are among the cast members. Gilliam and Jones direct ‘Monty Python and the Holy Grail.’ 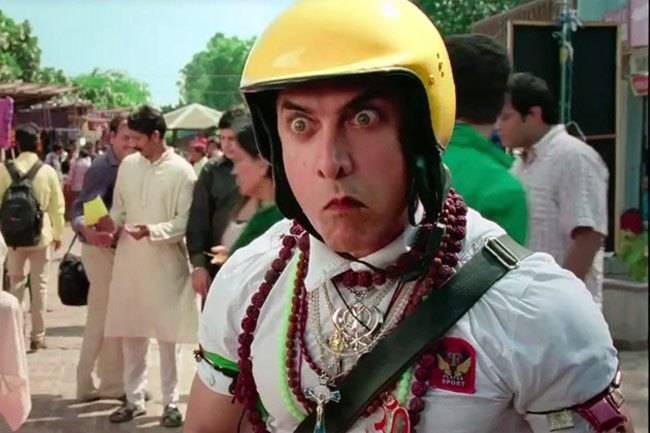 It sometimes takes an outsider to express concerns about the current state of affairs. In the Indian satirical film ‘PK,’ an alien stranded on Earth after a crash landing begins to challenge what we consider to be universal standards and inflexible practices. The film is a fantastic depiction of spirituality and religion as two institutions that complement each other while preying on people’s weaknesses. With his harmless queries about religion, spirituality, beliefs, customs, laws, and other topics, the extraterrestrial, PK, irritates the establishment. He’s even been mistaken for God! He is beaten to a pulp, meets unlikely allies, and even falls in love, but he never receives answers to his inquiries. ‘PK’ is absurdist and satirical Indian film at its finest. Aamir Khan and Anushka Sharma star in the film, which is directed by Rajkumar Hirani. ‘PK’ went on to become one of the biggest hits in Indian film, receiving acclaim from both Indian and international critics. 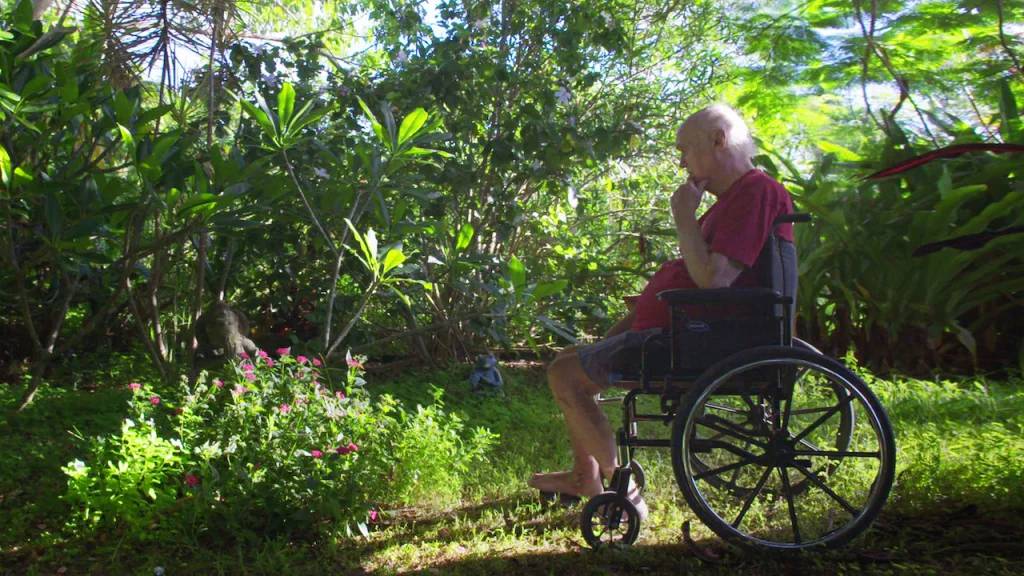 ‘Ram Dass, Going Home,’ a short documentary produced by Further Pictures, provides an uplifting portrayal of the title protagonist. Since the 1960s, the popular author and champion for death and dying knowledge has remained an influential spiritual figure by providing people with much-needed life guidance. Ram Dass must employ his own philosophy of death and dying to face the latter months of his life, while his unique message continues to reverberate with his followers. The film concentrates around his beliefs and work, with the goal of enlightening audiences on various areas of life. 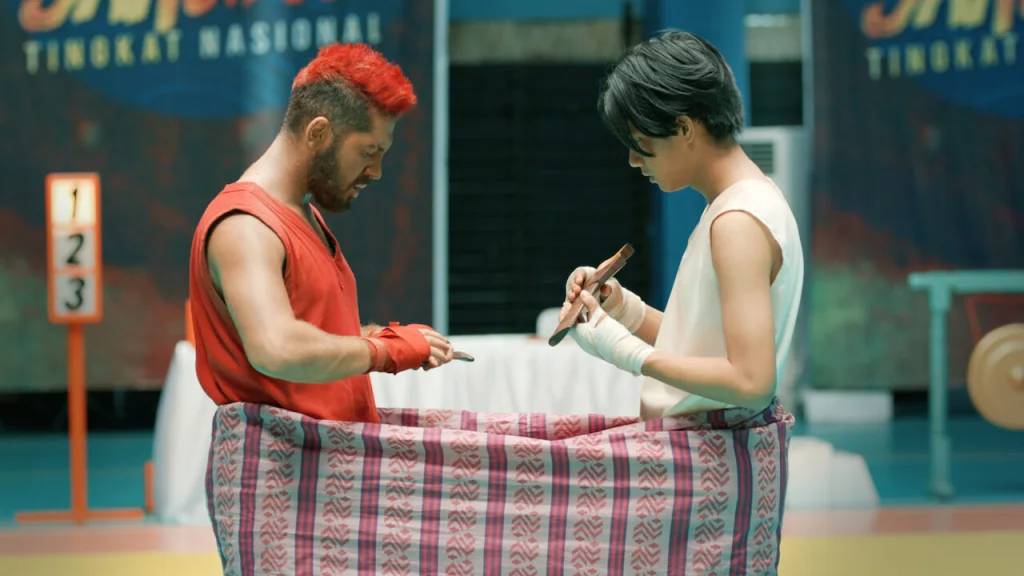 ‘Tarung Sarung,’ an Indonesian drama film produced by Chand Parwez Servia and Fiaz Servia, stars Panji Zoni, Yayan Ruhian, Maizura, and Cemal Faruk. The Archie Hekagery-directed film follows Deni Ruso, a young adult who was born with a silver spoon and has never had to work for anything in her life. However, when the pampered young guy meets an environmental activist who is open about her ideas and is not afraid to fight for the greater good, his life is irrevocably changed. Deni is forced to reconsider not only his life choices, but also to confront the hard realities that he has thus far managed to dodge. 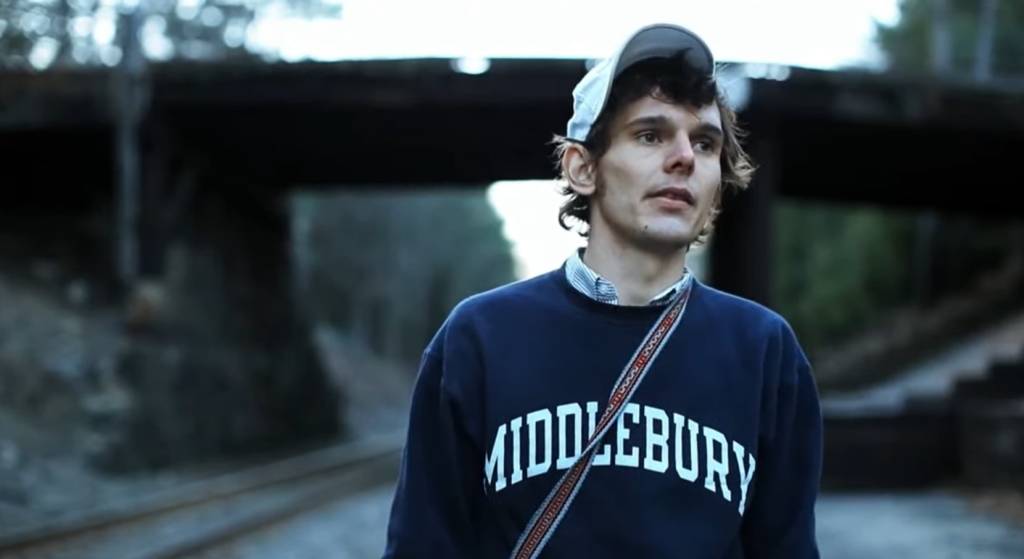 ‘The Last Shaman,’ written and directed by Raz Degan, is a drama film starring Guillermo Arevalo and James Freeman. The film tells the story of James, an all-American youngster whose affluent and pleasant existence comes to an abrupt halt when he develops major melancholy. Recognizing that his will for life is waning, he sets a one-year deadline for himself to improve his current situation. Rather than relying on modern medicine, he relocates to the Peruvian Amazon, where he finds answers to his existential questions and becomes friends with the shamans who assist him in finding more meaning in life. 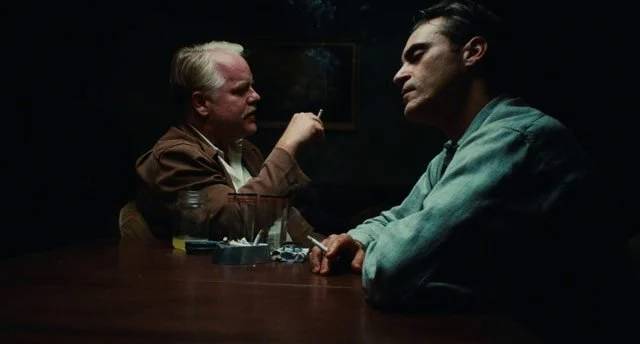 ‘The Master,’ directed by Paul Thomas Anderson, delves into the beginnings of religion. The story follows Freddie Quell (Joaquin Phoenix), a World Military II veteran who is struggling to adapt back into society after his traumatic war experiences. Quell meets Lancaster Dodd (played by Philip Seymour Hoffman), a novelist and founder of ‘the Cause,’ a new religion, while he is on the verge of going insane. Quell is drawn to Dodd’s views and eventually joins the Cause. In Dodd, he finds his spiritual master. Freddie retains a tumultuous connection with his master, despite becoming a member of the collective. He alternates between acting like a devout disciple and exploding and questioning everything Dodd teaches. The Cause’s members eventually begin to dread and suspect Freddie. Through the direction of a master, the film introduces us to important subjects such as enlightenment. Amy Adams also has a significant role in the movie. 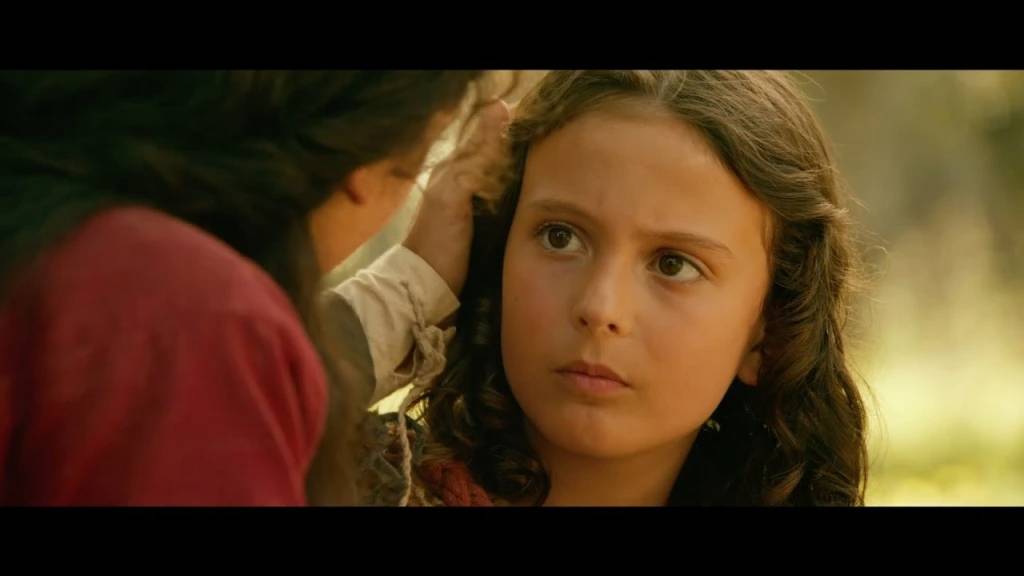 ‘The Young Messiah,’ directed by Cyrus Nowrasteh, is a biblical drama film based on Anne Rice’s 2005 book ‘Christ the Lord: Out of Egypt.’ The film stars Adam Greaves-Neal and Sean Bean and depicts Jesus’ early life as he returns to Nazareth with his family after a trip to Egypt. Soon after his arrival, however, he discovers his life’s purpose when he learns that God sent him to Earth to save humanity and uplift the underprivileged. Unlike most documentaries on the Messiah’s life, the film provides a fresh viewpoint on Christ’s life by focusing on his youth.

21 Best Gay Anime of All Time | Must Watch Gay Anime