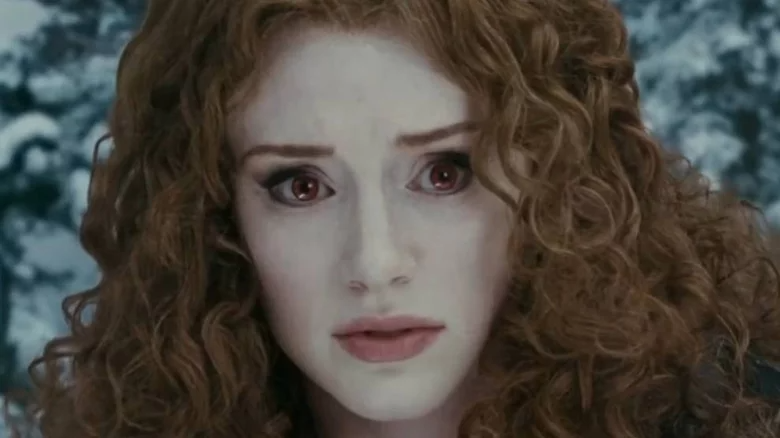 One of the main antagonists of the “Twilight Saga” was replaced halfway through the series, which you may not have even noticed.

Rachelle Lefevre, a Canadian actress, originated the role of Victoria Sutherland, the antagonist who spends the majority of the first two “Twilight” movies hunting Bella. Kristen Stewart and Robert Pattinson played the human Bella Swan and the teenage vampire Edward Cullen, respectively, in the first “Twilight” movie, which was released in 2008. Even though Bella is protected by the wealthy Cullen family, Victoria is constantly watching. In the second movie, “New Moon,” she seeks retribution on Edward when the Cullens kill her lover James (Cam Gigandet), and she pursues him.

But if you were paying attention, you might have noticed that Victoria was portrayed by a completely different actress by the time the franchise’s third film, “Eclipse,” debuted in 2010. Here is the turmoil that led to Bryce Dallas Howard ultimately taking Rachelle Lefevre’s spot in the Twilight Saga.

How Rachelle Lefevre felt about her dismissal from the Twilight Saga 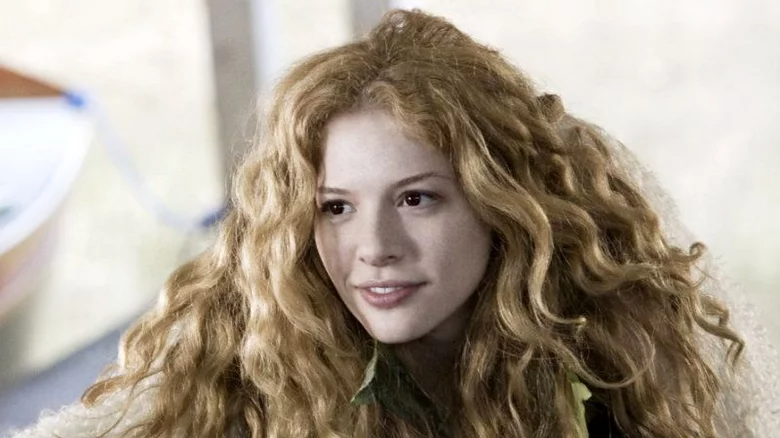 Lefevre was reportedly somewhat astonished when she learned that her termination from the “Twilight Saga” and the other project that interfered was due to a scheduling dispute.

According to Lefevre’s 2009 explanation to Entertainment Weekly, “I was astounded when Summit decided to recast Victoria’s role in “Eclipse.” I gave the Twilight series and Victoria’s representation my entire attention. In accordance with my contractual obligations, I declined a number of other movie offers and only accepted parts requiring a highly compressed filming timetable. I only have a ten-day commitment to “Barney’s Version,” a comedy-drama from 2010 starring Dustin Hoffman and Paul Giamatti. Summit selected “Eclipse” from my option. Despite the fact that “Eclipse” has a production timeline that spans more than three months, Summit said they had a conflict during those ten days and could not make accommodations for me. Given how long “Eclipse” filming took, I never imagined I would lose the part due to a ten-day overlap.”

Sadly, Summit didn’t agree with Lefevre’s viewpoint. Lefevre went on to say, “I was content with the terms of my contract with Summit and ready to uphold it going forward. Summit decided to just replace the role. That I won’t be able to finish portraying Victoria for the “Twilight” audience makes me very sad. I have a deep love and passion for this tale, this theatrical trip, and this character. I will always be appreciative of the fan love and loyalty I’ve gotten since getting this part, and I’m shocked by Summit’s unexpected decision to continue without me. I send my best wishes to the “Eclipse” actors and crew.” 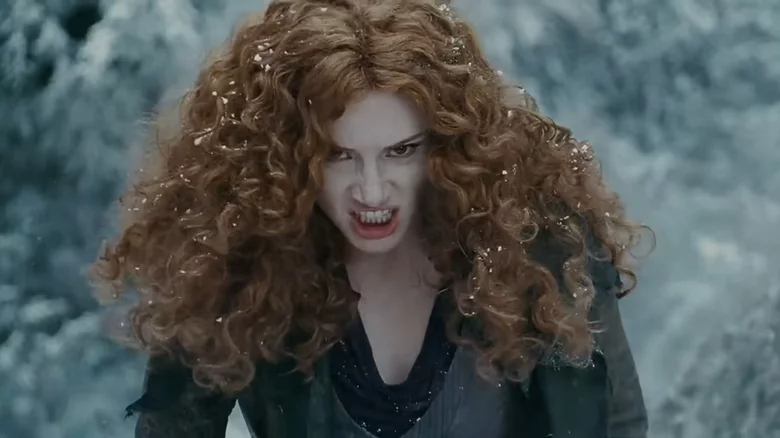 When it comes to Lefevre and Summit Entertainment, it’s a classic “he said/she said” situation. But it’s clear that Bryce Dallas Howard was the one who triumphed in the end. Prior to being cast, she had a tonne of acting experience thanks to her numerous appearances in films including “Spider-Man 3,” “Lady in the Water,” and “The Village.” However, she became even more well-known after being chosen for “The Twilight Saga: Eclipse,” another huge property.

The new casting choice was one that Summit Entertainment felt good about. Production executive Erik Feig said, according to The Guardian’s initial reporting on the casting change, “The fact that Bryce has decided to join the franchise makes us tremendously delighted. Bryce will give Victoria a new depth in addition to the wonderful screen presence that Rachelle gave her. The franchise is fortunate to have an actress with Bryce’s talent occupy the part.”

Victoria didn’t appear in the final “Twilight” films because she was rapidly eliminated in “Eclipse,” but Howard undoubtedly gave her best performance in the role that she was given. 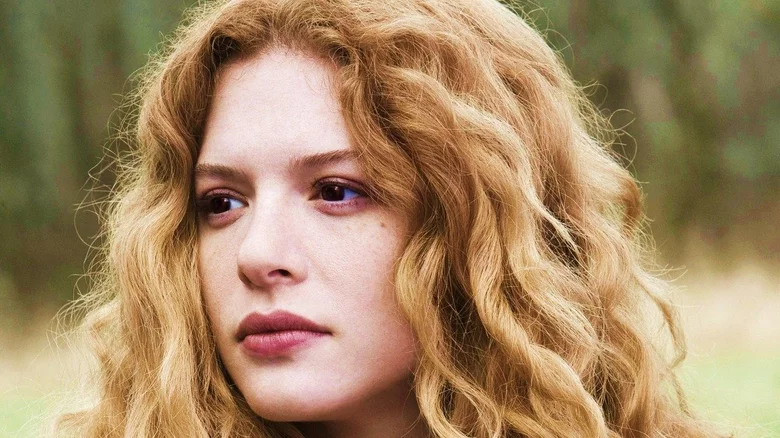 In the end, Summit responded to Lefevre’s remarks, and they undoubtedly had a different perspective on the matter, asserting that Lefevre’s participation in “Barney’s Version” was a major conflict of interest.

Summit vehemently refuted Lefevre’s allegations in a statement also given to Entertainment Weekly, claiming that the company “acted in good faith that she would be available to fulfil her duties both in terms of rehearsals and filming availability for ‘The Twilight Saga: Eclipse’.” The studio did add, “We feel that her action to withhold her schedule conflict information from us can be interpreted as a lack of cooperation spirit which hampered the entire production,” the company.

Summit went on to say, “It is absolutely incorrect, in contrast to Ms. Lefevre’s assertion, that the Studio fired her after a ten-day overlap. Instead of a ten-day overlap, the issue is that “The Twilight Saga: Eclipse” is an ensemble production that must work around the schedules of multiple performers while adhering to the director’s predetermined creative vision and, most crucially, the plot.”

“Ms. Lefevre’s commitment to the other project — which she chose to keep from Summit until the last possible time — makes her sadly unavailable to perform the character of Victoria in ‘The Twilight Saga: Eclipse,'” the representative for Summit concluded.

What Lefevre and Howard have been doing since Twilight 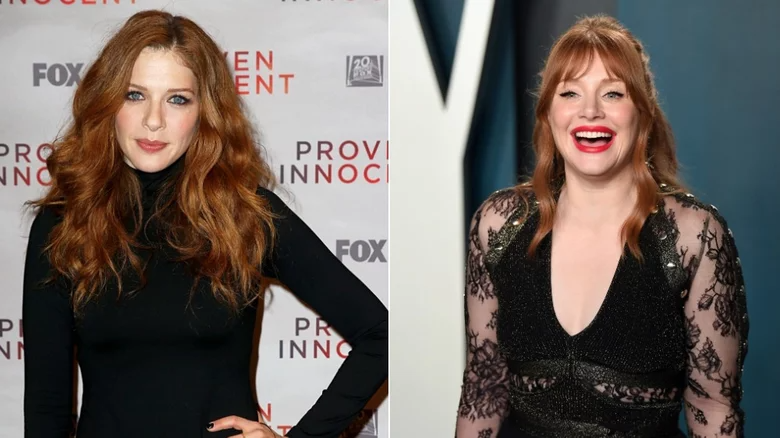 Lefevre left “Twilight” for reasons that we may never fully comprehend, but fortunately, the actress has continued to work after leaving the successful series. Even though “Off the Map” on ABC only ran for 13 episodes in 2011, Lefevre starred in it, and it served as the start of her television career. Lefevre went on to star in a number of shows in the future, including “A Gifted Man” and the well-liked three-season Stephen King adaptation “Under the Dome.” Lefevre’s career on the big screen has seen her in movies including “White House Down,” “Homefront,” and “Hollow in the Land.”

While this was going on, Howard, who is, in fact, the daughter of renowned director Ron Howard, chose not to reprise her role as Victoria in the final two instalments of the “Twilight Saga,” instead choosing to make appearances in blockbuster movies like “The Help” and the “Jurassic World” series, which culminated in the 2022 movie “Jurassic World: Dominion” as well as buzzworthy television shows like “Black Mirror.” She has also helmed episodes of “The Mandalorian,” the critically praised and widely watched flagship series of Disney+, which received an Emmy nomination for Outstanding Drama. She continued to work within the “Star Wars” universe by directing “The Book of Boba Fett” Episode 5.

In spite of the fact that both actresses have succeeded, it’s unfortunate that Lefevre was so taken aback by her abrupt departure from the “Twilight Saga.” The five “Twilight” movies may all be rented or bought right now on the top streaming services.