Emma Moran is the creator of the British superhero comedic television series “Extraordinary.” It takes place in an universe where the majority of people possess superpowers, some of which are more impressive than others. Jen, a young woman, finds it difficult to blend in because she lacks supernatural abilities. Jen resides with her best friend Carrie and Kash, who is Carrie’s boyfriend. With a superpowered twist and lots of filthy humor, the trio takes on the difficulties of adulthood. The first season comes to a satisfactory climax while leaving open some important character-related problems. Here is everything you need to know about “Extraordinary’s” finale if you’re seeking for a detailed analysis. Spoilers follow!

Jen, a young lady without any superpowers, is the focus of the show. She finds it difficult to find employment since she feels helpless and behind in life. Jen finds a stray street cat after a terrible job interview. The cat is taken in by her and is housed there. As he pursues his dream of becoming a superhero, Jen’s roommate Kash is preparing to launch his own vigilante organization. Carrie, Jen’s closest friend and a seance, assists in resolving cases involving the deceased in the court system. Later, Gordon, a young man with the ability to make anyone orgasm with his touch, asks Jen out on a date. However, the two are unable to make things work. 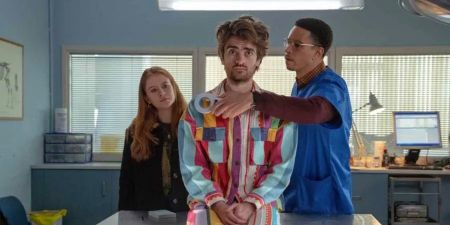 Carrie and Kash resolve to assist Jen in finding her power after she becomes frustrated with her inability to land a respectable job. Jen can’t afford to go to the Clinic, which aids in the discovery of one’s powers. The group therefore attempts some homemade cures. Simultaneously, Andy, Jen’s younger sister, turns 18 and learns that her incredible strength is her power. The cat Jen, Carrie, and Kash adopted is actually a man with shape-shifting abilities, they eventually learn.

The group discovers that when the “Jizzlord” man’s powers appeared, he changed into a cat. However, he is unaware of his previous existence. Jen makes the decision to assist Jizzlord in understanding his past and assimilating into everyday life, though. Jizzlord and Jen later learn that David owns the animal in question. David, though, recently passed away. While Kash seeks for superhumans to join his vigilante gang, Jen battles Carrie. However, after failing to break up a street fight, the vigilante gang is mocked online. Kash therefore experiences depression.

Jen makes an effort to win with Luke, a charming playboy with flight abilities. Kash agrees to try restarting the group when Carrie pushes him to. Kash’s commitment to the vigilante organization, however, strains his friendship with Carrie. She needs Gordon’s assistance to meet her sexual demands because she is lonely. Gordon is inspired to use his abilities to benefit others by Carrie’s words of encouragement. In the end, Carrie and Jen work out their disagreements and pick up where they left off. To collect money so that Jen can attend the Clinic, Jizzlord and Jen participate in a cat-naming competition. But the contest results in a kiss between Jen and Jizzlord.

Extraordinary Ending: Does Jen Get Her Power? Does She Go to the Clinic?

The story centers on Jen’s quest to understand her gift. In a world where superhumans rule, she feels like an outcast. Jen feels as though her lack of supernatural abilities is preventing her from advancing in her career. Jen looks for her power throughout the first season, but in vain. She tries to enroll in the Clinic but is unable to do so due to a lack of funding. Jen acknowledges her emotions for Jizzlord in the season finale. She initially finds it difficult to recognize his significance in her life. In a similar vein, Jen’s connection with her mother is also strained, and her father has since died away. She doesn’t understand how much her mother wants to be there for her. 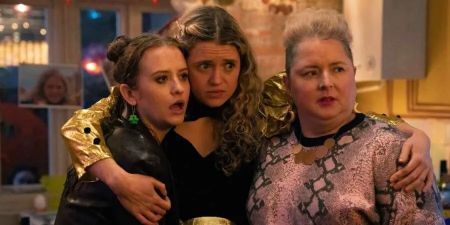 Jen eventually realizes who she is and makes peace to her mother. Her mother offers to cover the cost of her care at the Clinic, but he lacks the funds. Finally, Gordon makes the choice to assist Jen with the payment. He says Jen gave him the idea to use his skills for the good of others. As a result, Jen doesn’t learn about her power before the season is ended. After obtaining the funds to attend the Clinic, she does, however, feel hopeful. However, Jen’s self-realization is a strength in and of itself that makes her stand out from the crowd, motivates others, and shows unmatched generosity. Though the season finishes with Jen taking the first step toward realizing her power, her personality may merely be a peek at what she is capable of.

Where Did Jizzlord Come From?

One of the season’s central mysteries is Jizzlord’s past. Jizzlord, who was first introduced to Jen, Carrie, and Kash as a stray cat, is actually a shape-shifting human who has lived as a cat for the previous three years. Viewers find out more about his past as a stray cat as the story goes along, before David took him in and turned him into the well-known cat Hercule. The season closes, nevertheless, without providing any significant information regarding his human existence. Up until the very end, crucial details like Jizzlord’s real name and family history are a mystery. 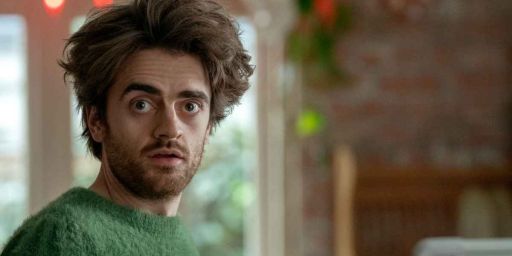 In the end, it appears that Jizzlord is starting over by developing a romantic connection with Jen. When Jizzlord and Jen first meet, the latter is leaving to go grocery shopping. However, in a mid-credits scene, viewers encounter Jizzlord at a grocery, where a small girl gasps that he resembles her dad. Before we can find out more, the scene cuts to the credits, but it suggests that Jizzlord had a family before becoming into a cat. Thus, Jizzlord’s enigmatic history will significantly influence his relationship with Jen today and their potential romantic future. They might be able to provide more information about Jizzlord’s life before turning into a cat if the little girl and lady in the middle credits are in fact his daughter and wife.

Does Carrie Break Up With Kash?

At first, Carrie and Kash seem like a solid pair. But it soon becomes clear that Kash is a scrooge who counts on Carrie to meet both his material and emotional demands. Kash, though, makes an effort to establish himself by founding a vigilante organization and becoming as a recognized public figure. After failing the first time, Kash tries again by breaking a narcotics smuggling organization to launch his vigilante career. But his commitment to the new position causes a breach between him and Carrie. Carrie comes to the conclusion that she does not want to be with Kash.

Kash throws a party in the epilogue to win Carrie over. She learns that Kash is using his ability to turn back time and prevent her from ending their relationship, though. Kash can only put off the conversation for so long until he runs out of energy. Carrie ends her relationship with Kash. The tragic incident emphasizes that one’s emotional scars are not spared by having superpowers. Despite his best attempts, Kash is unable to save his connection with Carrie because it is too late. But the possibility of their becoming friends in the future is still there.

The superhero comedy series “Extraordinary,” created by Emma Moran, is centered on Jen, a helpless woman navigating the challenges of adulthood. Jen’s life, however, changes when she learns the real story behind the stray cat she took in. The British series subverts superhero stereotypes by grounding them in the unpredictability…