If you recently completed watching the Bad and Crazy K-Drama, you might be wondering when new seasons will be released. After its debut, the show attracted a lot of interest and became the most-streamed program on Viu in approximately 200 nations. This comes as no surprise, especially in light of the outstanding chaotic performance by the two lead actors, Lee Dong-Wok and Wi Ha-Joon. Here is what is currently known regarding the prospective release of Bad and Crazy season 2.

Unfortunately, there hasn’t been any information about Bad and Crazy season 2. We will currently have to wait to find out whether the project might be renewed for a second season because the two major actors have very busy schedules.

Continue reading if you’re interested in learning more about the project and when it might be completed.

Is Bad and Crazy Season 2 coming out?

It was revealed that Yoo Seon-dong would be taking on the role of director at the start of 2020. Soon after, Lee Dong-wook’s agent revealed that the actor is reading the script and is considering participating in the movie.

Of course, the Bad and Crazy TV series was only getting started, but even then, when the primary cast was announced, excitement among fans had already begun to develop. The comedy and serious themes in the show are expertly balanced so that the spectator is not worn out by the end of the episode.

The development of the program has lasted for more than two years, and we are still awaiting fresh details on its destiny. It’s difficult to predict whether this reunion will take place soon given that Dong-Wook and Ha-Joon are well known on a global scale and have already committed to projects for this year. 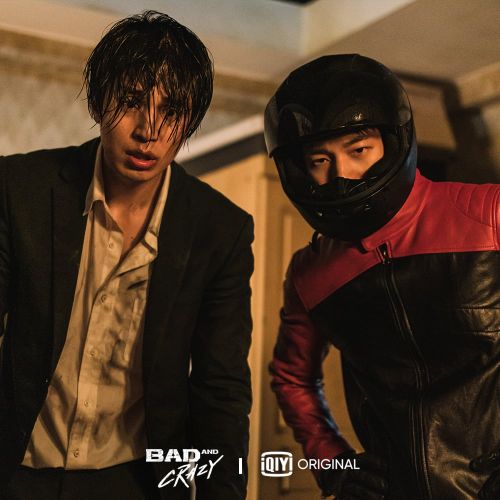 The first of Lee Dong-Wook’s three current projects is the second season of Tale of the Nine-Tailed 1938, which he is presently filming. By the end of last year, he had also begun production on a spy action movie project with co-stars Hyun Bin and Jeon Yeo-been. He has now been chosen to appear in the upcoming drama The Murderer’s Shopping Mall.

Wi Ha-Joon gained international recognition after appearing in the well-known Netflix series Squid Game. Shortly after, he was cast in several intriguing new projects, including the current drama Little Women and, of course, the Bad and Crazy series. He currently has two new projects planned, the first of which is a Netflix drama by the name of Gyeongseong Creature. The Worst of Evil, a new television series starring Lim Se Mi and Ji Chang-Wook, is the second endeavor.

Is Bad and Crazy ongoing?

Beginning in 2022, the final episode of Bad and Crazy was broadcast. There haven’t been any new episodes since, but as we’ve already indicated, that could change in the future. It is a very well-liked program and one of the most streamed programs on Via. This would indicate that there is a great deal of interest in the upcoming second season.

Still no word on that front, and considering the busy schedules of the two lead actors, Lee Dong-Wook and Wi Ha-Joon, we might have to wait till then.

Where can I watch the Bad and Crazy K-Drama?

Additionally, you might be asking where you can watch this K-Drama, if it is now streaming, and if so, where. Streaming services like Netflix, Amazon Prime, and iQIYI currently offer The Bad and Crazy K-Drama.

Is Bad and Crazy worth watching?

We believe it is unquestionably worthwhile to see the show. You would probably appreciate this series as well if you like the action and comedy genres. Over the course of the 12 episodes, the ensemble has had some fantastic moments, and Lee Dong-Wook and Wi Ha-Joon’s outstanding acting is undoubtedly enjoyable to watch. The environment can be extremely gloomy at times, particularly when the program is tackling contentious issues like corruption, power abuse, drug selling, etc.

The well-choreographed action sequences in this program are another excellent feature. The fight scenes have fascinating visual approaches and are energetic, sometimes overly exaggerated. Given that the show features numerous cases that the police are working on, if you appreciate mysteries, you might also enjoy this.

Particularly between the key characters, the many relationships between the characters have been thoroughly defined. You will become engrossed in their love-hate relationship quite soon, and the plot will take several unexpected turns.