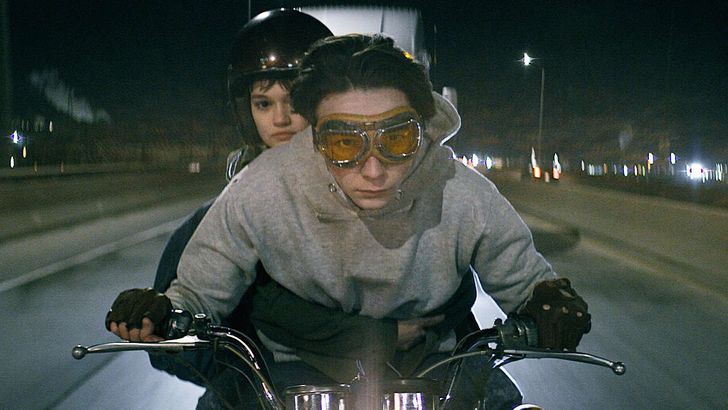 In this post, we’ve compiled a list of the most popular new TV shows that you can watch over the weekend. There are no protracted monologues, uninteresting episodes, or dismal sequences in this show. They’re emotive, vibrant, and fresh, just the way today’s audience wants them to be. The wide range of genres allows you to find something that appeals to you and spend your leisure time in a pleasant manner.

We all enjoy television programs, especially miniseries. Perhaps our collection will inspire you to drop everything and immerse yourself in these new and exciting stories. 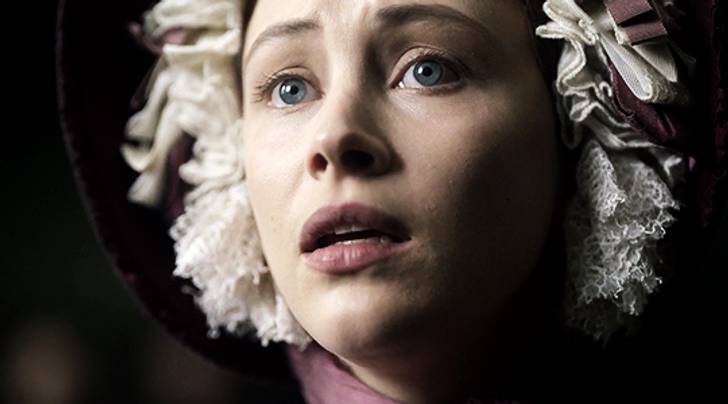 Grace has been serving time for the murder of her master for the past 15 years. She has no recollection of what happened the night of the murder, but she constantly sees the horrific things that happened to her in the master’s mansion in her dreams. Dr. Simon Jordan tries to assist her remember what happened before the incident, but the situation becomes even more perplexing for them both.

And Then There Were None 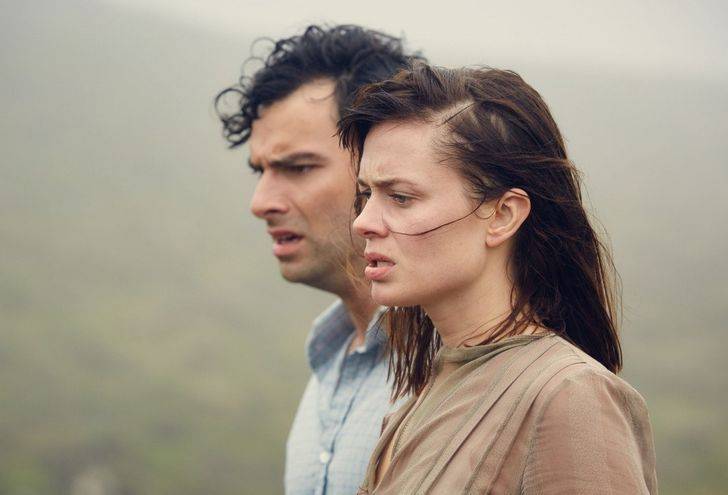 8 people who had never met before arrive on a lonely island off the coast of Devon. They are greeted by a pair of servants who inform them that the estate’s owners are on vacation. During supper, they observe the figures of ten soldiers on the table and overhear someone discussing the crimes committed by these eight people. They become concerned and want to flee the island, but they become stuck and victims of someone else’s meticulously planned killings. 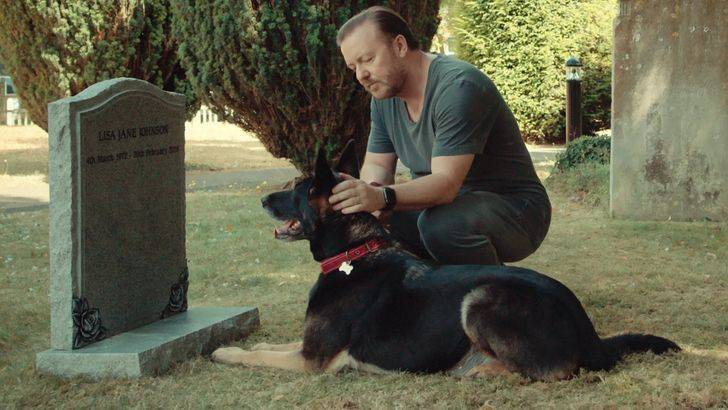 Tony is ready to despise the entire world after his wife’s death. Everyone in the vicinity, including himself. He contemplated suicide on several occasions, but who would look after his dog? Tony allows himself to communicate his thoughts in order to avoid going insane: he becomes unafraid to think about and articulate his desires. He must now accept his loss and learn to live independently. 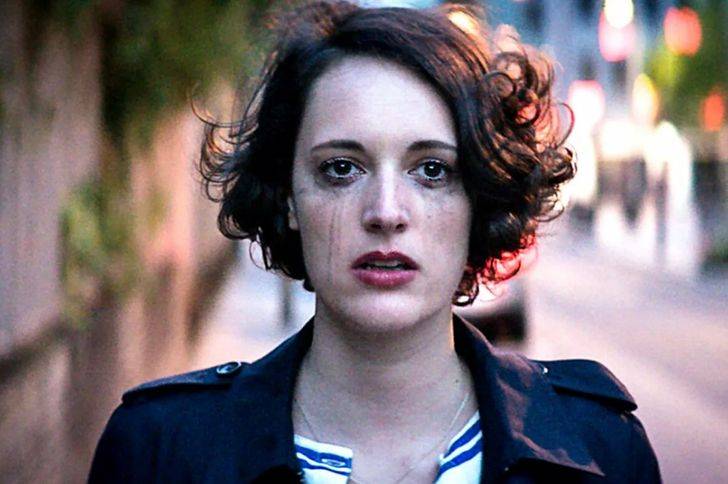 Fleabag does not have a name, but she is plagued by numerous issues. She makes an effort to reconcile with her sister, father, and his new wife. She maintains in touch with her deceased friend, strives to make ends meet, and wishes to meet a normal boyfriend. However, nothing works. This is why Fleabag is unconcerned about her problems and lives in the now. She’s also really excellent at it. 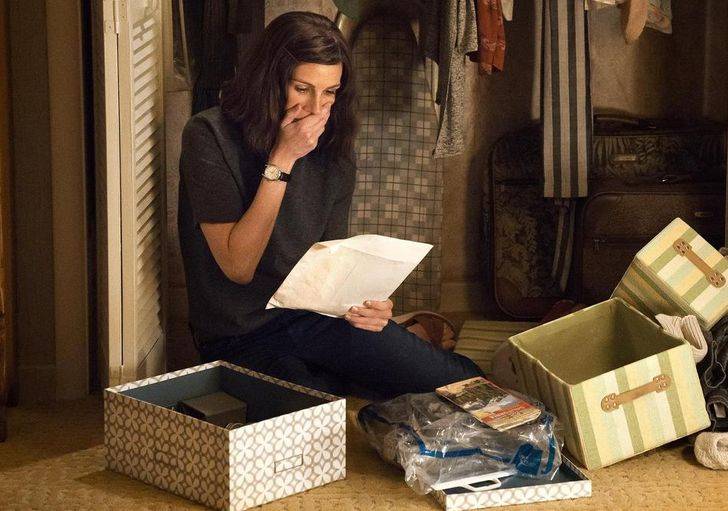 Heidi Bergman used to work as a psychologist at the Homecoming Transitional Support Center. She assisted soldiers in dealing with PTSD and readjusting to civilian life. But it was a long time ago, and she doesn’t seem to recall much of it. She also has no recollection of why she decided to change careers and work as a waiter. A Ministry of Defense employee is intrigued by her background and will assist her in traveling back in time to discover what happened to her. 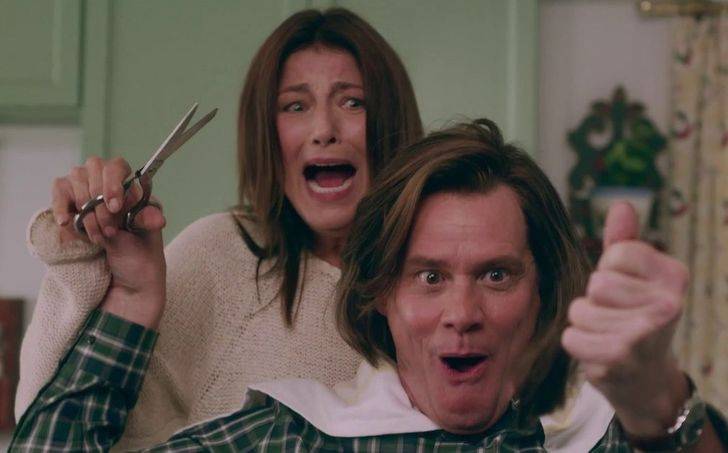 Jeff Pickles hosts a children’s television show, volunteers to aid the sick, and participates in charitable events. He strives to improve the world around him. However, his personal life is imploding right in front of our eyes. Jeff has lost one of his sons, the other refuses to communicate with him, and his wife has left him after many years of marriage. Now, the man who is accustomed to always smiling must deal with his own personal concerns while concealing his genuine sorrow. 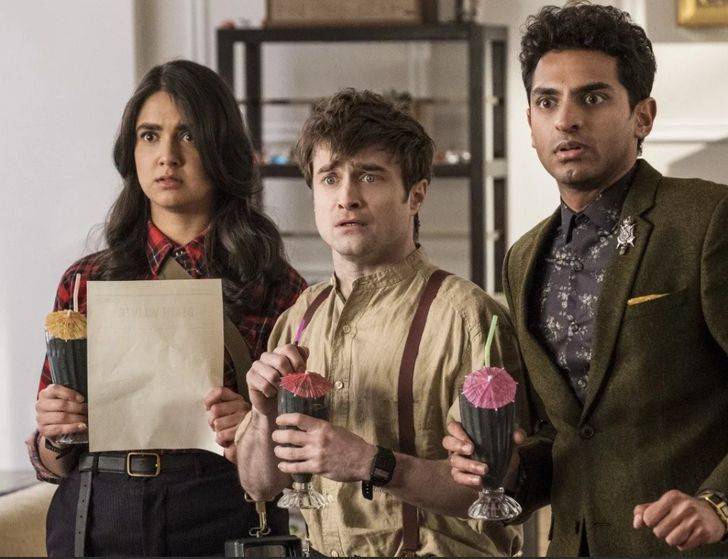 Things aren’t going well in Heaven Inc.’s offices, which have a slew of departments. God is depressed, and he just sits on the couch, disregarding all of humanity’s requests. Then he intends to kill the entire planet. Two angels feel concerned about the situation. In order to preserve the earth, they decide to make a wager with the boss. They now have only two weeks to perform one of the most demanding prayers and restore humanity’s faith in God. 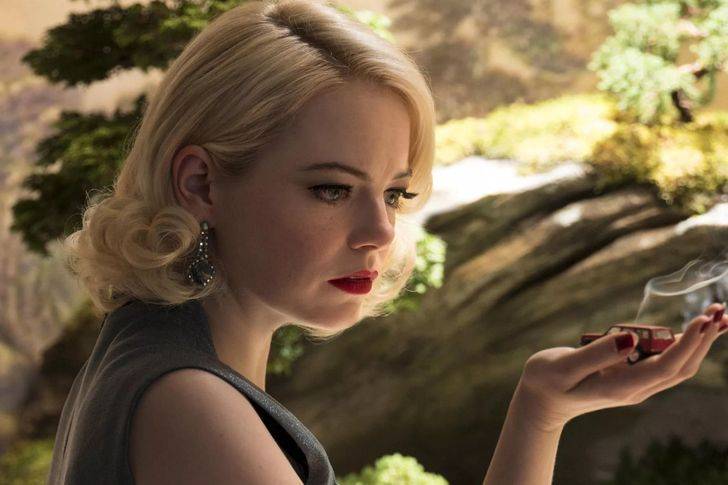 Owen has had schizophrenia since he was a child, and he is suffering as a result of his inability to accept himself. Annie is in the midst of a broken relationship and is attempting to relieve her anguish with medications. They meet during a trial of a new medicine that may be able to solve all of their psychiatric issues. This appears to be a fantastic opportunity for the folks to start a new life, but the scientists failed to disclose the negative consequences. 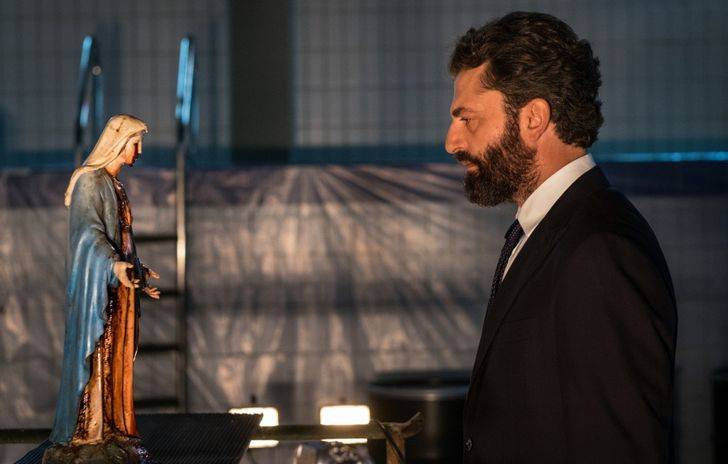 A Madonna statue is discovered at the home of a mafia boss by the cops. Bloody tears fall from the statue’s eyes. The phenomena has piqued the interest of the government and scientists, but only a few individuals are allowed to see the monument in order to avoid a lot of buzz. A devout priest, a doctor, and a prime minister all attempt to explain the event in their own unique ways. 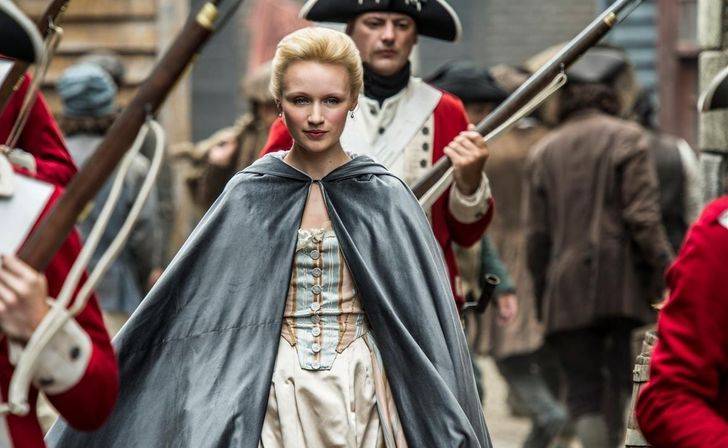 For a long period, America was a British colony before becoming an independent country. The colonizer’s severe practices, including exorbitant taxes, discrimination, and harsh policies, made the locals exceedingly unhappy. However, a group of men known as the Sons of Liberty determined to fight back and win their country’s independence. 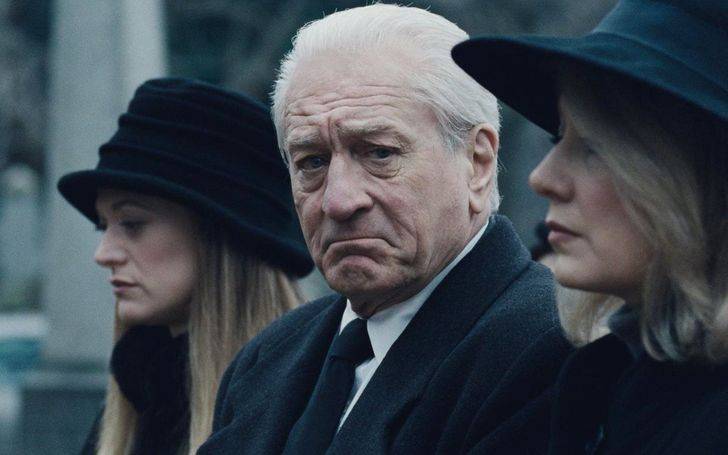 The new Martin Scorsese film starring Robert De Niro, Al Pacino, and Joe Pesci has been deemed so long by internet users that it should be watched as a mini-series. Not everyone is capable of sitting through 3.5 hours of criminals in a single sitting. However, dividing the film into four logical portions makes it much easier to watch.

Alma’s mundane life is turned upside down one day when she meets her deceased father on the side of the road and is involved in a vehicle accident. She awakens from her coma to discover that her father is still alive. He now participates in her life on a regular basis, showing her a new side of the world and sharing secrets with her. He trains her to manage her emotions, travels across time, and asks her to save him from death by going back in time.

Rotoscoping was used to create the series’ unique aesthetic. After shooting, each shot was manually sketched and processed. 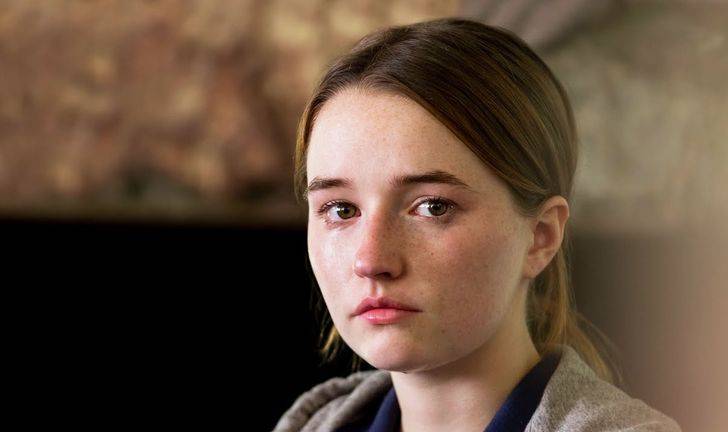 The events depicted in this mini-series occurred in 2008. Mary, a high school student, went to the police station and reported that she had been raped. A man broke into her home and threatened to murder her if she made any disturbance, she claimed. The officers examined the crime scene and performed all necessary medical testing, but there was no evidence of rape. They assumed Mary was a liar. Two investigators became interested in the case and discovered that roughly 30 women had reported the attacks over the course of three years, but the man had left no evidence of the crime in any of the cases.

Wayne’s mother abandoned him several years ago, and his father, who was raising him at the time, died. This adolescent and his friend go on a search for a stolen antique car – the only thing he received from his father — to distract themselves from their grief. The couple’s escape from his previous life turns into violent and adrenaline-fueled adventures, but they have nothing to lose in the end. 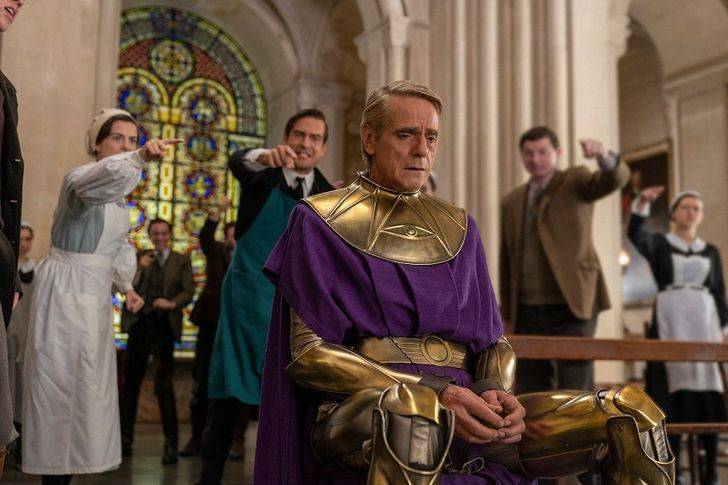 Watchmen’s other universe is simply a facsimile of our own. There are superheroes who try to bring justice to the people while wearing masks, and the cops can’t even protect themselves. However, as a new wave of ethnic murders begins, the watchmen must conceal their identities in order to figure out who is responsible.

What are some more recent mini-series that you would recommend?