Game of Thrones fans, which includes half the planet, suffer a year of despair and anguish as they wait for the next season of the show to premiere. It has already been confirmed that GoT only has two more seasons left and the next one, season 7 will not have the customary 10 episodes, like all the previous ones. While the fans had already set their clocks for April 2017, they got a shock to see its entire plot getting leaked online!
Despite the makers of the show trying their best to keep everything under wraps, some little detail keeps trickling down from the sets every now and then. Here is one Reddit user who compiled all the leaked information for season 7 so far, and made a complete outline for what we can expect to see in Game of Thrones next year. Trust us when we say if read as a timeline, these plot details will surely blow your mind. 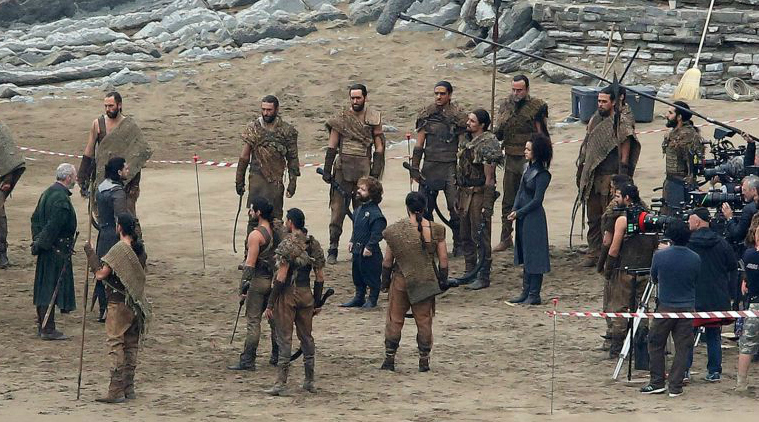 *Possible spoilers ahead. Read at your own risk*

At the end of season 6, we saw Daenerys Targaryen with her entire fleet of Dothraki and Unsullied and three dragons sailing towards Kings Landing to reclaim her throne, the iron throne. But at the beginning of season 7, she will land at Dragonstone and set up her base there. After reaching Dragonstone, she summons all the lords of Westeros to meet her there. Jon Snow, who was proclaimed “king in the north”, also receives a raven from Dany. Jon and Davos decide to go because they need the dragon glass from Dragonstone.

Several pictures and articles have surfaced regarding the finale and the fans are going crazy!!

SEASON 7, EPISODE 7: A DREAM OF SPRING

First scene: Jon returns to Castle Black. He’s first greeted by Tormund who would have been dead again. Jon and Daenerys are also reunited in CB. Jon tells Daenerys that Viserion was killed at which Daenerys angrily respons that she shall kill every White Walker and Wight. The Hound informs Jon he actually managed to catch a Wight. Jon asks Davos to write a letter to all the Kings and Queens of Westeros to assemble a great council in the Dragonpit. They all start to travel to King’s Landing. Tormund, Beric, the BWB and Edd remain in CB.

Sansa receives a raven from Jon. She tells Brienne and Podrick to go in her stead as she’s going to marry Littlefinger one of these days. Brienne still thinks that Sansa is making a mistake, but Sansa reassures her she knows what she is doing.
Tyrion also receives the letter from Jon and decides to leave Dragonstone together with Missandei, Varys and Theon Greyjoy.
Sam and Gilly arrive in Winterfell just in time for Sansa’s wedding to Littlefinger. Bran and Arya are present as well. During the wedding, Sansa reveals that this never was a marriage. She reveals to all the present people (incl. Robin Arryn and the Lords of the Vale) which crimes Littlefinger committed. She even tells how he pushed Lysa Arryn out of the Moon Door and obliged her not to tell anyone or she killed almost instantly. Sansa orders Arya to execute Littlefinger. 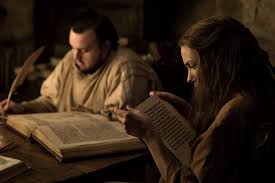 Cersei finds out that she has a miscarriage and Qyburn tells her that there’s been a call for Great Council. She allows them to have entry to the city due to Jaime’s council to let them enter. 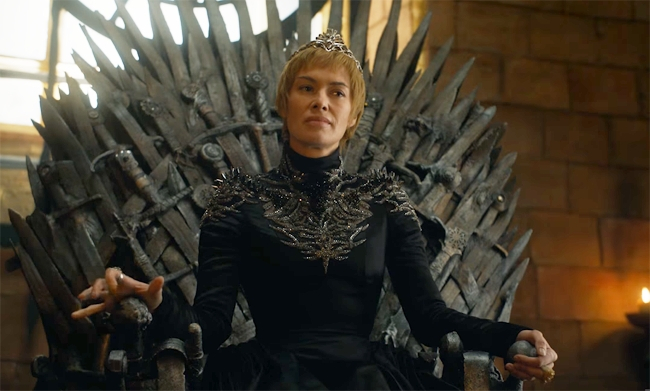 After the execution of Littlefinger, Sam tells Bran that someone called Aegon was born in the Tower of Joy. Apparently, his aunt Lyanna and Rhaegar Targaryen married each other. Bran tells Sam it’s time for him to be fly back to the past.
Sansa prevents the armies of the Vale from leaving things to Robin Arryn and Bronze Yohn and tells the Lords of the Vale to fight for her as she now how to lead her people. Arya and Sansa talk with each other about their past’ mistakes and promise each other to always side together no matter what. 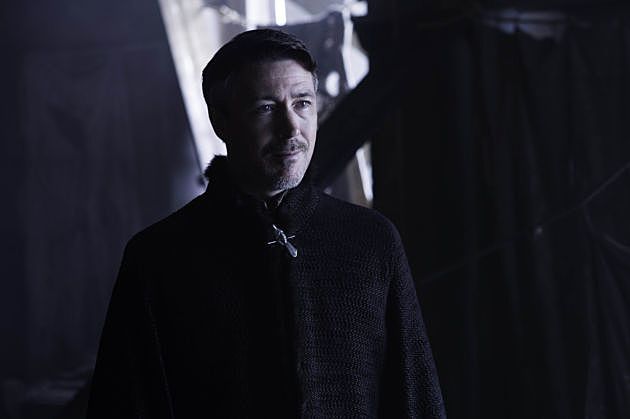 Jon, Dany, Cersei, Euron, Bronn, Jorah, Brienne, Gendry, The Hound, Qyburn, The Mountain, Podrick, Missandei, Theon and Varys meet in the Dragonpit. The Hound brings up the Wight. Jon tells them in the centre of the Dragonpit that the only way to kill Wights is with fire. Cersei checks whether this is true and commands the Mountain to kill the Wight but fails. Jon tells the rest to send armies to kill those creatures and Jaime, Cersei and Euron agree to help.

Afterwards, there is a scene between Euron and Theon. Theon asks Euron about Yara’s whereabouts but Euron cold-heartedly tells Theon that his sister bravely tried to escape her captivity, but didn’t make it very far. Theon vows Euron he’ll get his revenge sooner or later. Euron laughs at Theon as Theon angrily leaves King’s Landing to travel back to Pyke. 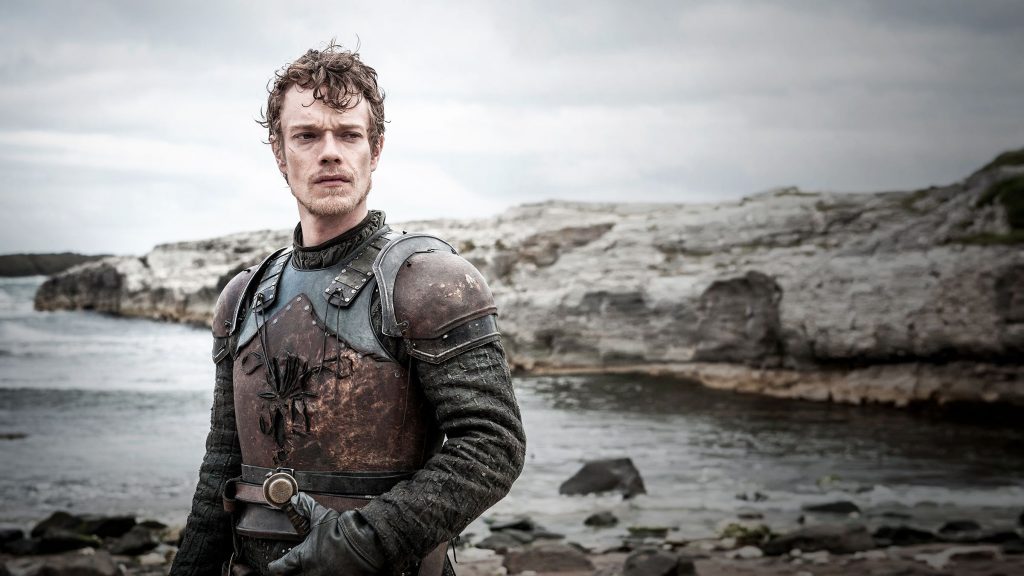 Cersei and Tyrion have a conversation. He tells Cersei that he’s surprised that Cersei didn’t asks for his head yet. Cersei tells Tyrion that she found out that he didn’t kill Joffrey. But that this doesn’t mean that she consider him as her brother now.

Brienne talks with Jaime and asks him to travel with her to help destroying the Army of the Death. Jaime explains to Brienne that his place is with Cersei.

Everyone, except Cersei, Jaime, Qyburn, Bronn and the Mountain leave KL. Tyrion, Missandei and Varys travel back to Dragonstone, while Brienne, Jon, Dany, The Hound, Pod and travel North by ships to get ready for the Great War.
Cersei admits to Jaime that she lied the whole time and that she wishes that the White Walkers destroy all of her enemies. Disgusted with Cersei’s foolish blinds, Jaime leaves King’s Landing to catch up with Brienne who’s heading North. As Cersei watches Jaime leaving North, she sees the first snowflakes falling in King’s Landing.
Bran touches the weirwoord tree in Winterfell and experiences a vision of Lyanna Stark and Rhaegar Targaryen’s wedding.

On a boat back North, Jon comforts Daenerys after she gets emotional after Viserion’s death. The two start having sex with each other while Bran and Sam come to the conclusion that Jon Snow has the right claim on the Iron Throne, not Daenerys Targaryen. Meanwhile, the Night King touches the ground and destroys the Wall. He mounts an undead Viserion. 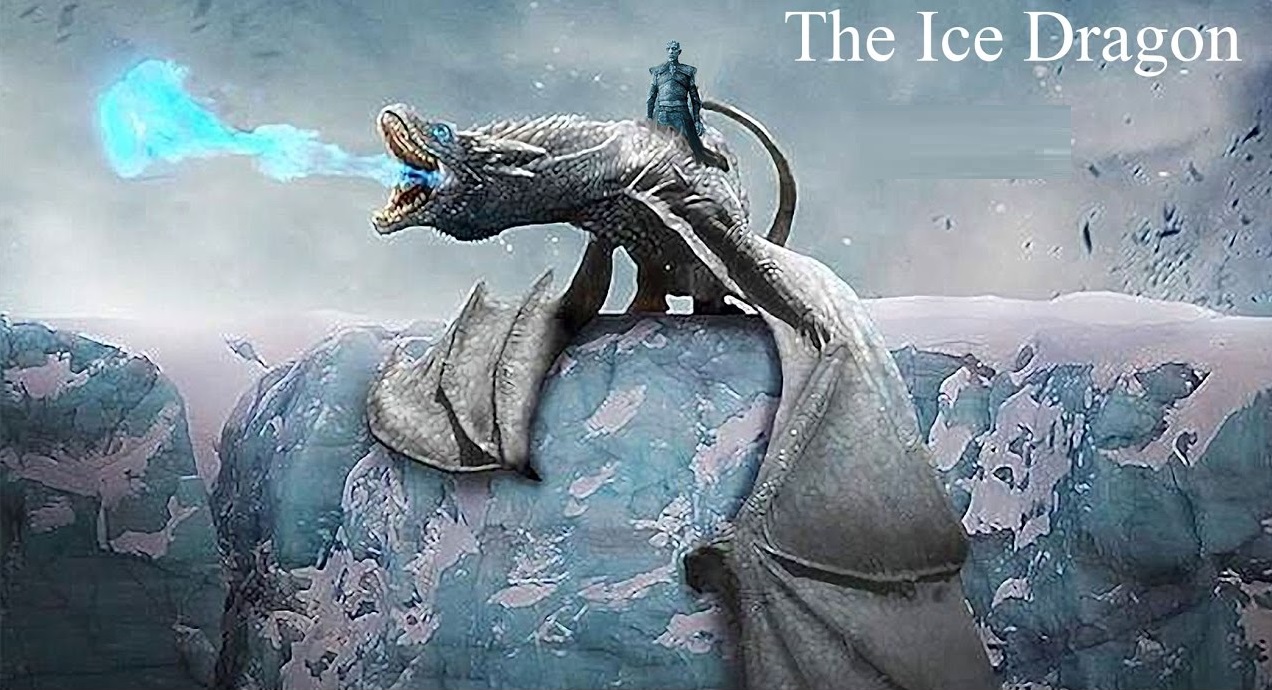