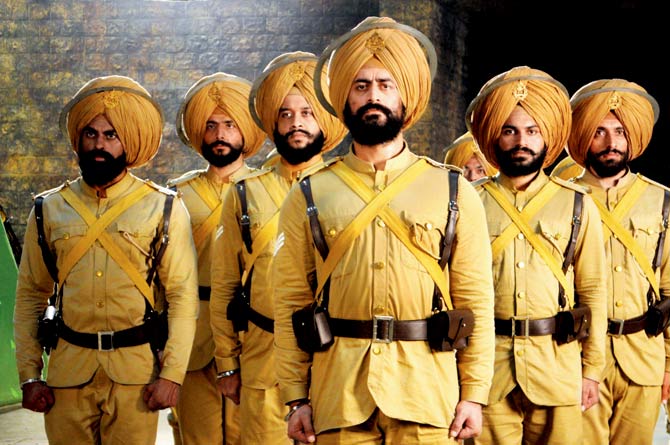 Few people realize that Netflix has been around longer than Google. Netflix was formed in 1997, and Google was founded in 1998. Not that these facts matter; what matters is that Netflix has established itself in India after more than two decades of operation and is always in the news for various reasons. Despite being the most costly OTT in India, it is reasonable to conclude that the Indian audience has taken to Netflix series hindi. On the 3rd of January 2022, the information was updated.

On the subject of the Best Indian Web Series on Netflix, there are a number of episodes that have made an impact and succeeded in terms of giving exceptional content from beginning to end. Netflix has always delivered, whether it’s telling amazing tales, forging new territory, or delivering outstanding performances. So, here are some of the best Netflix series hindi that you should watch on any given day. 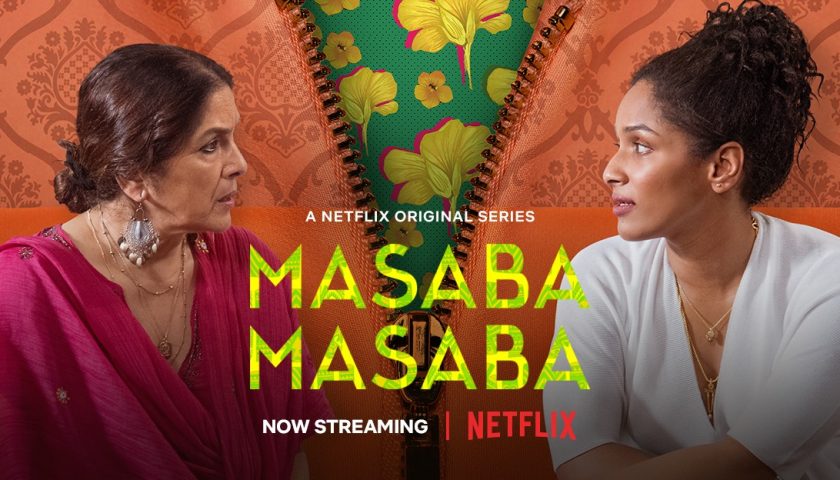 Masaba Masaba, a new Netflix Original Series directed by Sonam Nair, is a welcome break from the recent grim fare we’ve been seeing on OTT. It’s a piece of designer Masaba Gupta’s life based on some of her personal experiences, and it’s a unique take on how new-age problems affect everyone, even superstars. – Two Tikkas and Two Chicks. 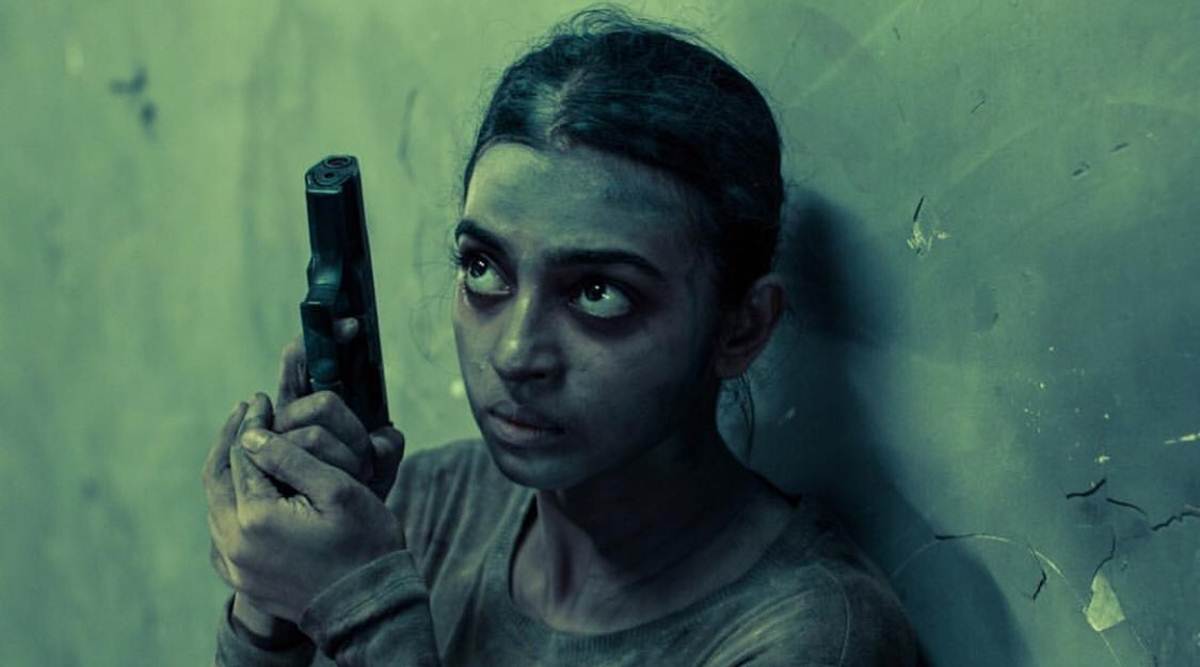 GHOUL is not your typical horror film, full of jump scares and meaningless jolts; instead, it reinvents the genre by telling a compelling story set in modern-day India. And, like Blumhouse Productions’ ‘Get Out,’ it guaranteed that the message was well channeled, and it is a beautifully created, the Best Indian Web Series on Netflix that is worth watching. 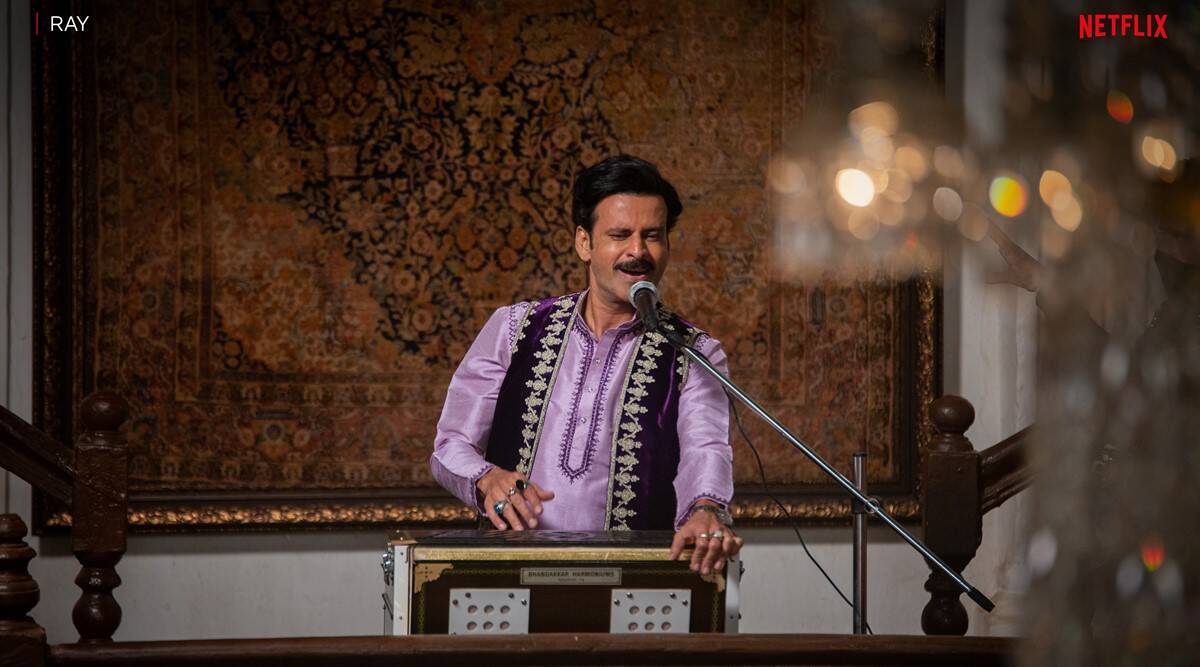 The four-part Netflix series hindi is based on four different Satyajit Ray stories and directed by Indian film industry heavyweights. The four stories are summarized below: The first episode, directed by Srijit Mukherji, tells the story of a dominant corporate mogul who has always boasted about his eidetic recall, until he encounters a woman he doesn’t recognize, thereby opening Pandora’s box.

The second episode, ‘Bahrupiya,’ directed by the same person and starring Kay Kay Menon, is about a man who attempts to transform his life through the use of prosthetics, or mimicry (Bahrupiya). The third episode, directed by Abhishek Chaubey and starring Manoj Bajpayee, is about a famous singer who encounters a forgotten wrestler on a train.

Vasan Bala (Raman Raghav) helmed the fourth episode, which is purposely psychedelic. In both Bollywood and religion, it’s all the rage (read: dikhawa). Isn’t that an intriguing combination? Overall, no matter what genre you favor, you’ll find something you enjoy. One of Netflix’s best Indian web series. 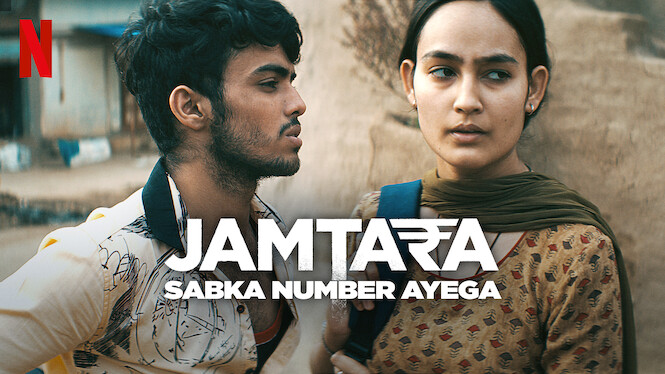 Jamtara: Sabka is the best Indian web series on Netflix. Number Ayega, Netflix’s upcoming 2020 series, follows the same crime genre, but in a more sophisticated way. It takes viewers on a cinematic trip into the realm of crime via the lens of Budhia Singh’s celebrity. The series displays an underlying message of our society’s failure, which made life difficult for these young adults who tried to achieve their freedom in many ways. A lot of fun to see! 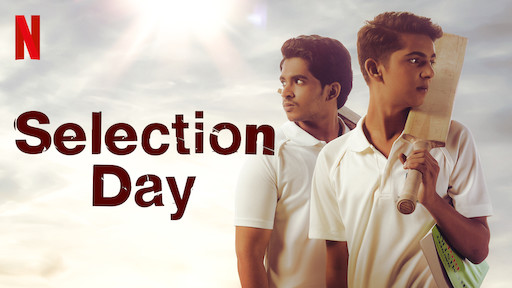 Manjrekar, Yash Dholye, Ratna Pathak Shah, and others star in the series. The second season’s trailer has also been released, which you can watch on Netflix. Ratna Pathak Shah, Mahesh Manjrekar, Rajesh Tailang, and the two young stars of the series, Mohammad Samad and Yash Dholye, all give outstanding performances on Selection Day. It tells the stories of Manju (Samad) and Radha (Dholye), two small-town teenage lads who desire to be international cricketers. Their father (Tailang), who is also their coach, is a severe taskmaster. 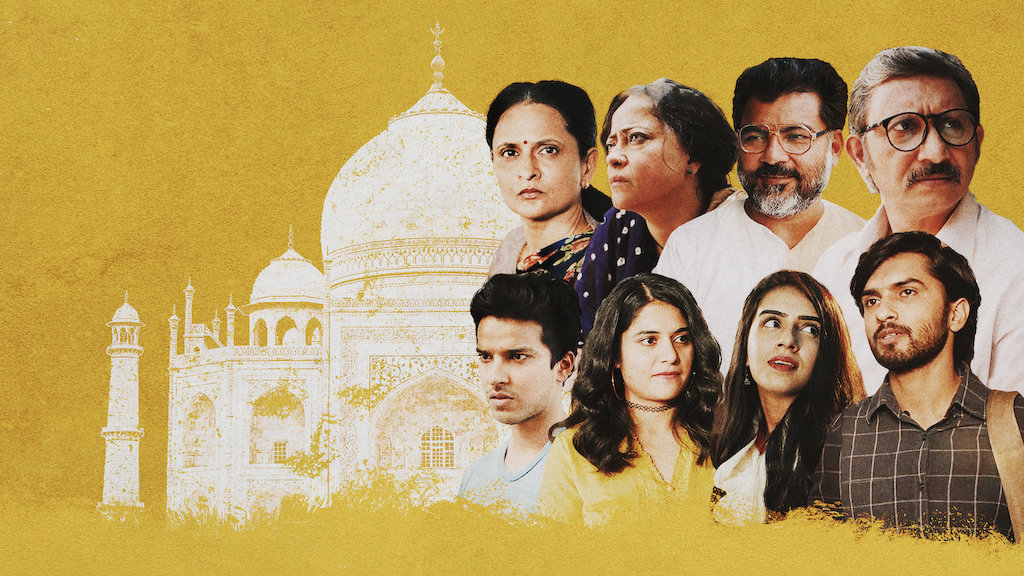 Danish Hussain, Sheeba Chaddha, Anud Singh Dhaka, Anshul Chauhan, Shiri Sewani, Mihir Ahuja, Paras Priyadarshan, and Vasundhara Singh Rajput star in the film Taj Mahal 1989, which will be released on Valentine’s Day 2020. This series is a basic story about people from three distinct age groups and their perceptions of love, and it is set in the city of Nawabs, Lucknow. Three primary narratives and numerous smaller ones make up the story. This series is a sentimental trip of love, supported by a well-written tale, as iconic as the monument itself. 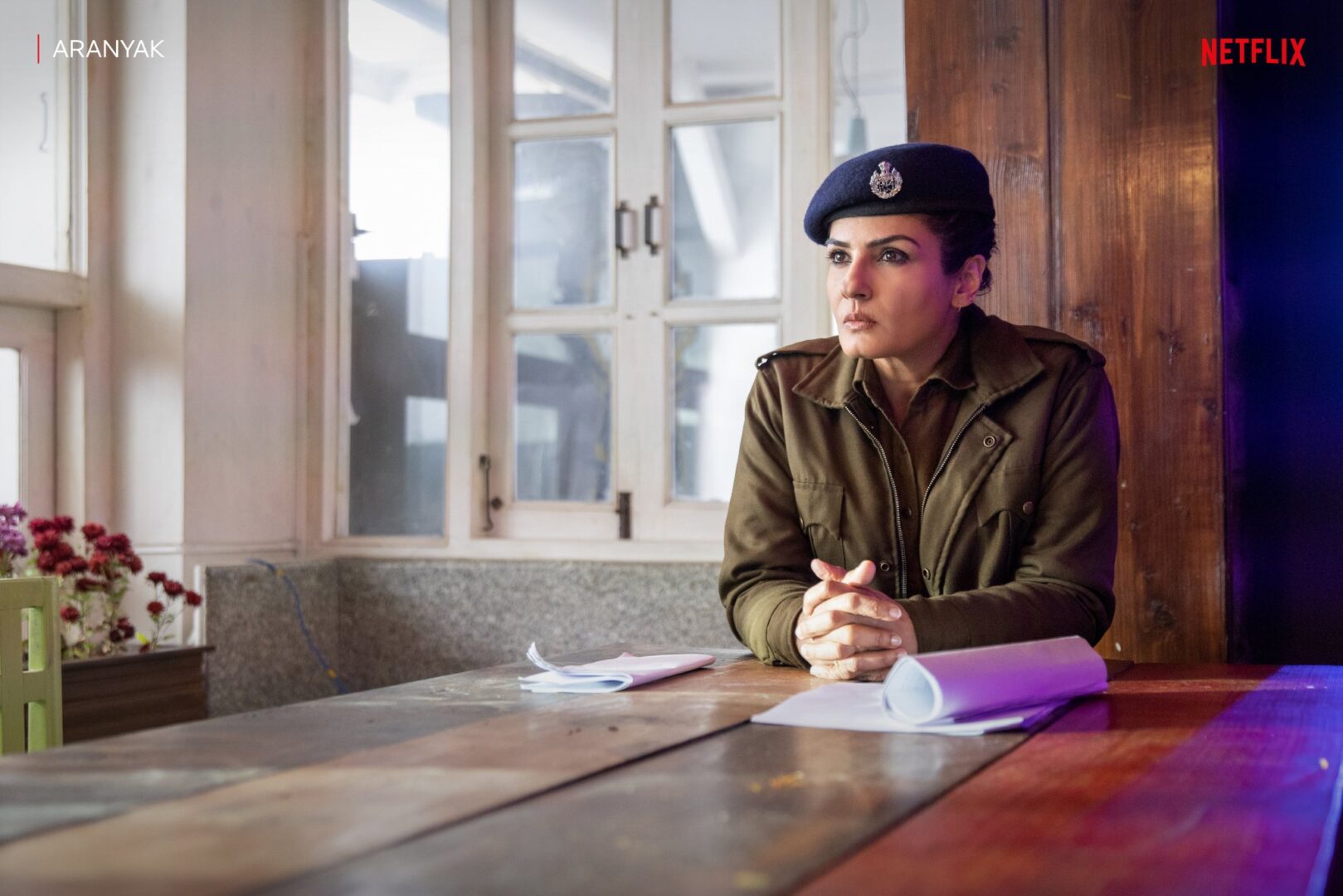 Aranyak is an Indian Hindi-language web series that debuted in 2021. This is a thriller-style web series with elements of crime, action, mystery, suspense, and investigation. Raveena Tandon, an Aranyak native, will make her OTT debut. This supernatural thriller and crime-based web series is directed by Vinay Waikul. Roy Kapur Films and Ramesh Sippy Entertainment are producing Aranyak. Rohan Sippy is the showrunner for the series. So now you know everything there is to know about the release date, cast, plot, and trailer for the Aranyak Web Series. 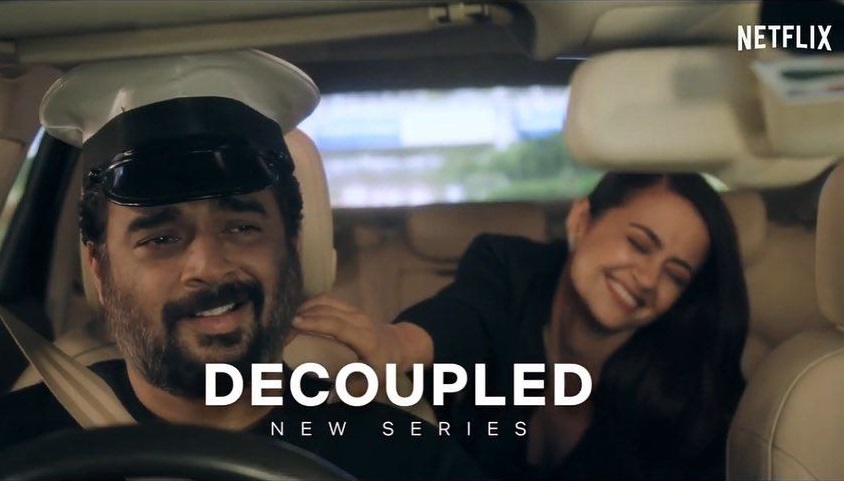 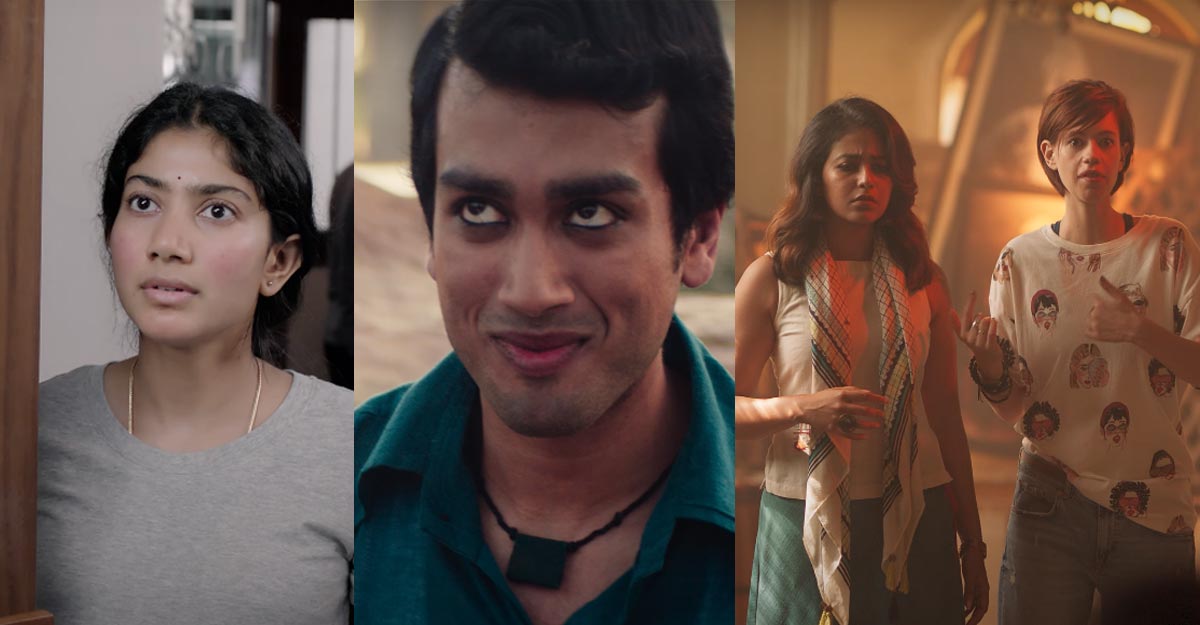 Paava Kadhaigal tells four short stories about people who dare to dream and desire, as well as those who are adamant about standing in their way. This series is a heart-warming watch, as it follows the same format structure as its predecessors, Lust and Ghost Stories. It will move you with its genuine stories, relatable people, amazing performances, and narratives that do not shy away from exposing the deadly things that occur in our society in the name of honor killing.

21 Sarfarosh is a longer, more thorough, and well-narrated version of the movie Kesari, which is based on the Battle of Saragarhi. This 65-episode series is a must-watch if you want to see an elaborate rendition of the bravest fight ever fought, with powerful actors, an emotional narrative, and memorable dialogue. One of Netflix’s best Indian web series. 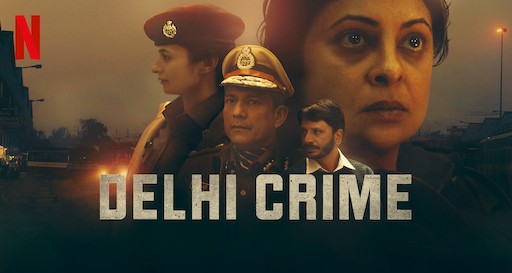 Delhi Crime, directed by Richie Mehta and distributed by Netflix, explores the aftermath and ramifications of the December 2012 Delhi gang-rape incident (widely known as the Nirbhaya case). The story begins on the 16th of December night, when cops encounter the male and female victims at the Mahipalpur flyover, and continues with the investigation, capturing the criminals, and nationwide protests and pressure.

Delhi Crime is a compelling, no-nonsense portrayal of one of history’s most terrible atrocities. It succeeds in perfectly capturing the city’s mood and haste, and it propels the gripping story forward with well-established characters and outstanding performances. The best Indian web series ever released on Netflix. 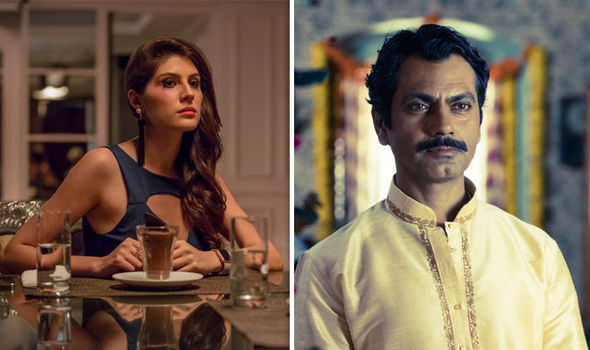 Sacred Games is by far the best Netflix series in hindi. Season 1 of Sacred Games was named one of Netflix’s Best Indian Web Series in 2018 for all the right reasons. It drew a large audience not just because of its amazing ensemble, but also because of its genuine tone, masterful writing, and endearing characters. Fast forward to the summer of 2019, when the commercials for Sacred Games 2 attracted the interest of viewers, and any lingering doubts about a second season were quickly dispelled.

When it comes to creating the main characters and effectively showing them on-screen, Sacred Games 2 shines brightly. Furthermore, while the show is easily binge-able, the storyline featured enough suspense and captivating scenes. Nonetheless, the plodding pacing and a few writing flaws may detract from your lofty hopes.