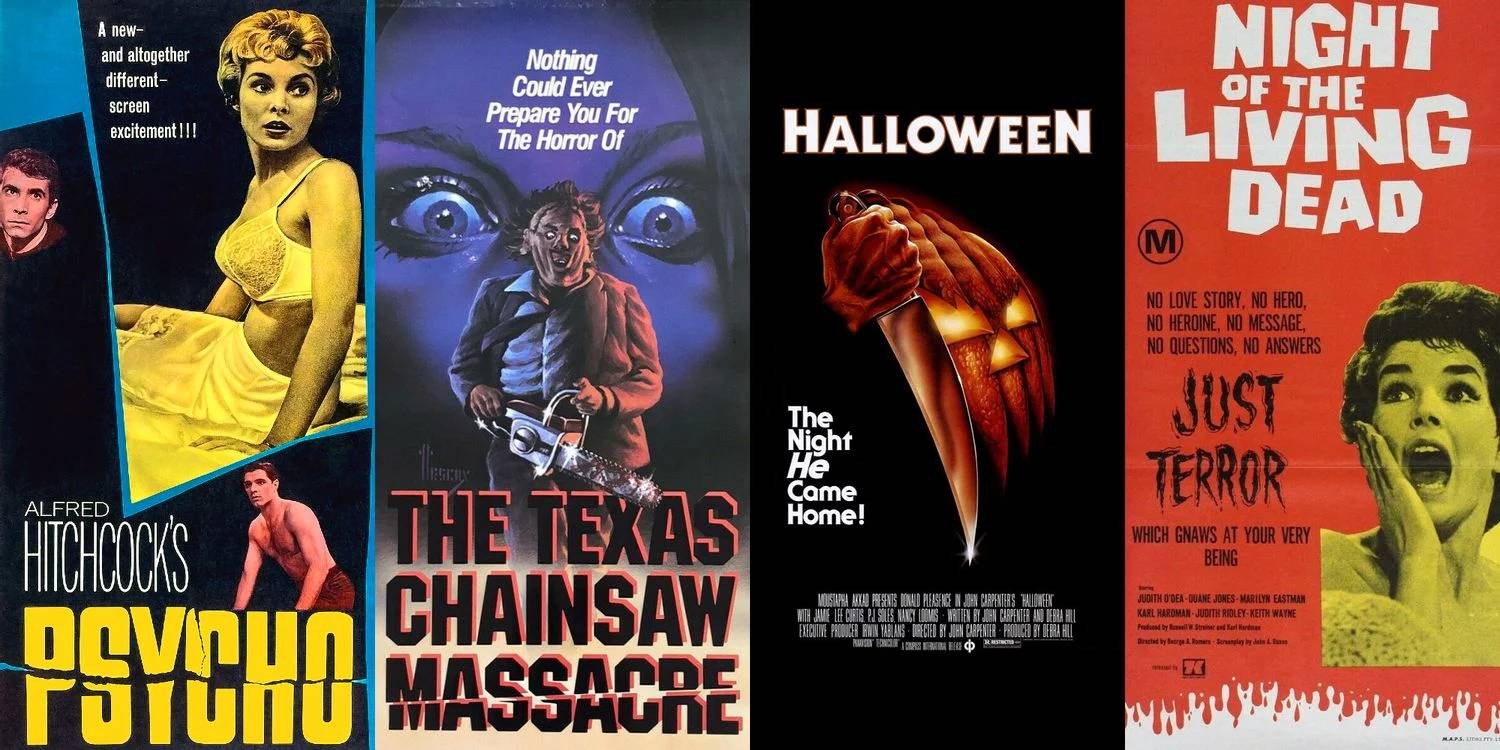 Horror films are defined by a single goal: to scare spectators. They are not based on a certain set of ideas or plots. This presents filmmakers with a unique difficulty, as the concept of terror and what frightens viewers evolves and varies dramatically from generation to generation.
When a result, as directors discover new ways to explore the darkest potential of terror, the history of horror filmmaking becomes fascinatingly rich. The films that follow each marked a turning point in the genre, changing how audiences may feel dread. 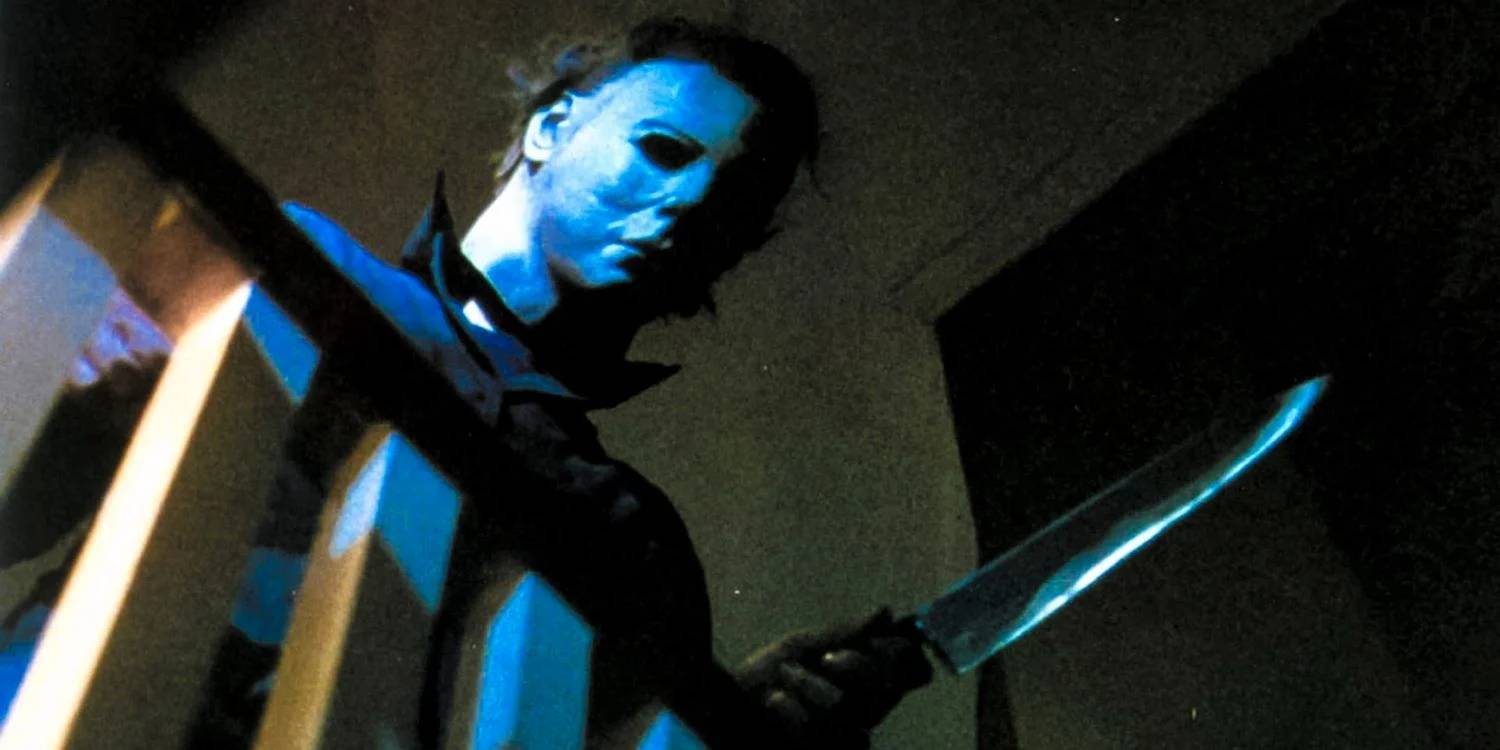 If The Texas Chainsaw Massacre laid the groundwork for slashers, Halloween cemented the genre’s reputation. The horror film by John Carpenter produced a slew of sequels and remakes, soon turning the slasher into a horror craze. The soundtrack and the murderer are two features from John Carpenter’s picture that would put it in the horror movie hall of fame.
With its synth pads and stabs that could instantly upset spectators, Halloween’s iconic score and stunning sound design made the film all the more horrifying. Michael Myers’ vicious masked killer has become synonymous with the terrifying music. With his boiler suit, kitchen knife, and trademark white mask, Myers has become the unofficial mascot for slashers and has become the unofficial mascot for slashers. 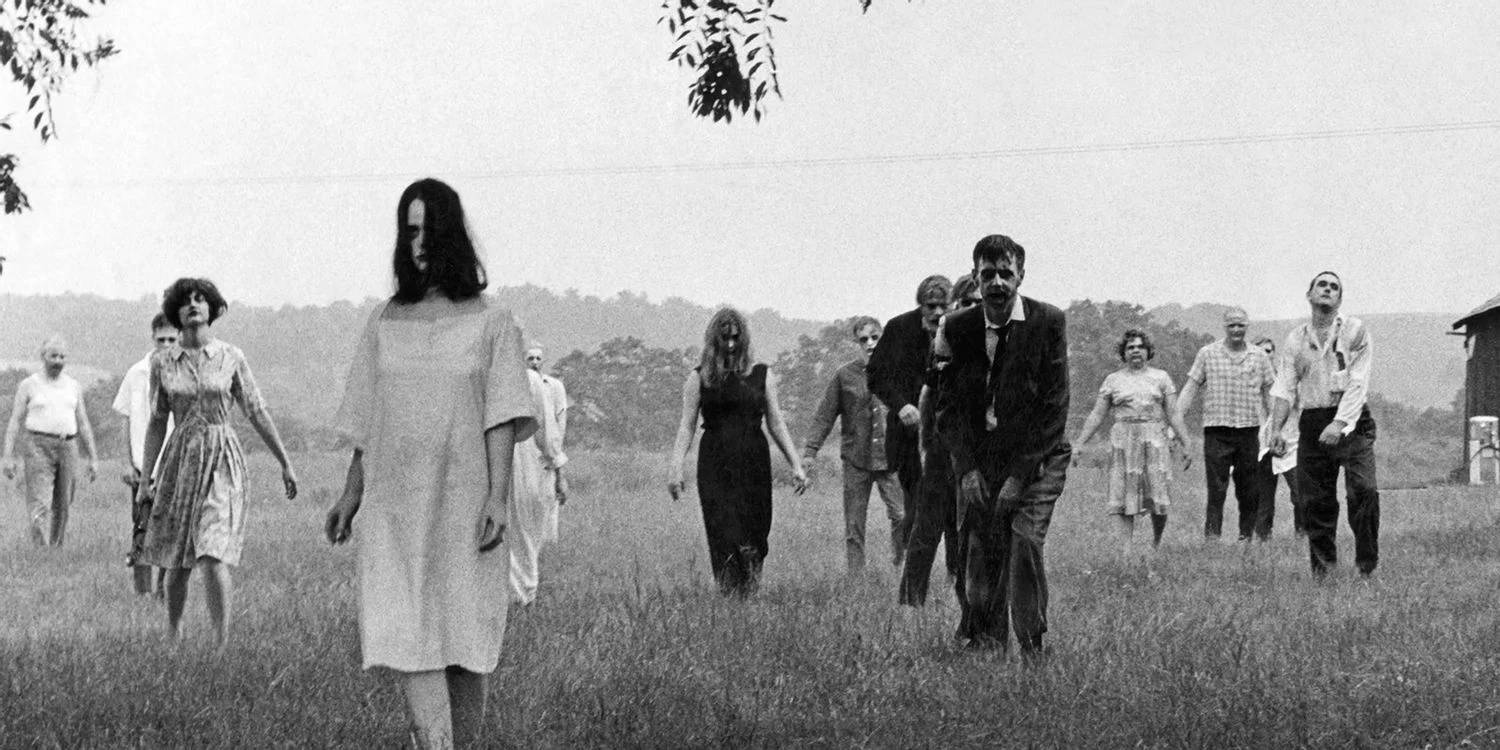 Night of the Living Dead, directed by George A. Romero, was a watershed point in the growth of the genre, dubbed the “manifesto for the modern horror picture.” When horror films typically focused on hideous representations of danger, such as killers or monsters, Romero’s film transformed the social turmoil of 1960s America into hordes of the undead. In addition, actor Duane Jones made history as the first Black lead in a horror film.

While Romero’s Night of the Living Dead is not the first zombie film, it is the first to completely redefine the concept of zombies: never before had the living undead flesh-eating beasts swarmed in the hundreds. The zombie apocalypse was born thanks to Romero. 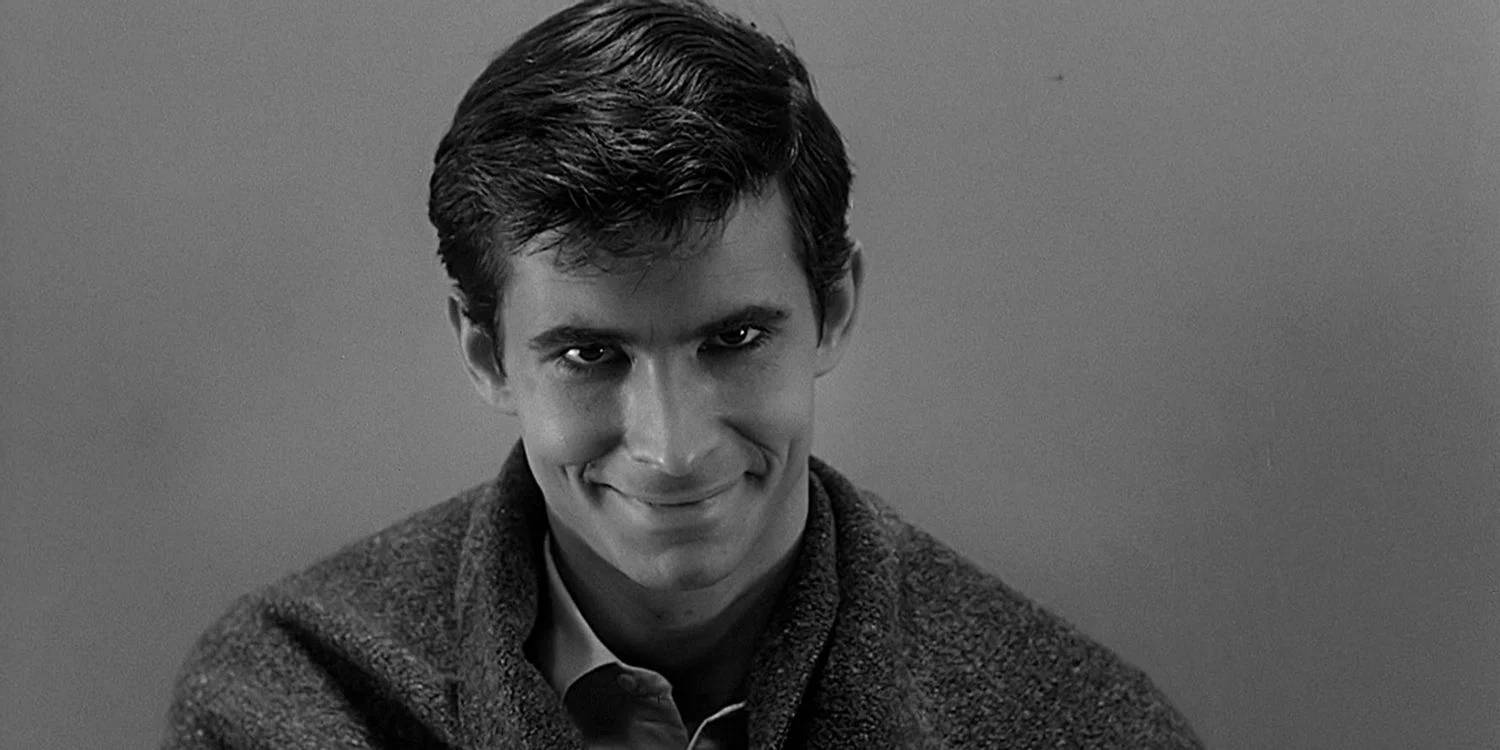 Psycho is a cinematic masterpiece that had a seismic impact on horror cinema, with an influence that can still be observed in modern horror films. Psycho single-handedly ushered in the dawn of psychological thrillers, and it’s impossible for modern spectators to comprehend the cultural influence that Alfred Hitchcock unleashed in 1960.

Before Psycho, the genre was dominated by atomic monsters and lethal creatures like Godzilla, the city-destroying monster, and Dracula, the bloodsucking vampire. With Norman Bates, Hitchcock made horror more realistic and deadly, laying the groundwork for the unexpected murderer cliche. When leading lady Janet Leigh was cruelly killed off halfway through the run time to the scary sound of shrieking violins, the famous shower scene stands alone as a devastating event for movies. 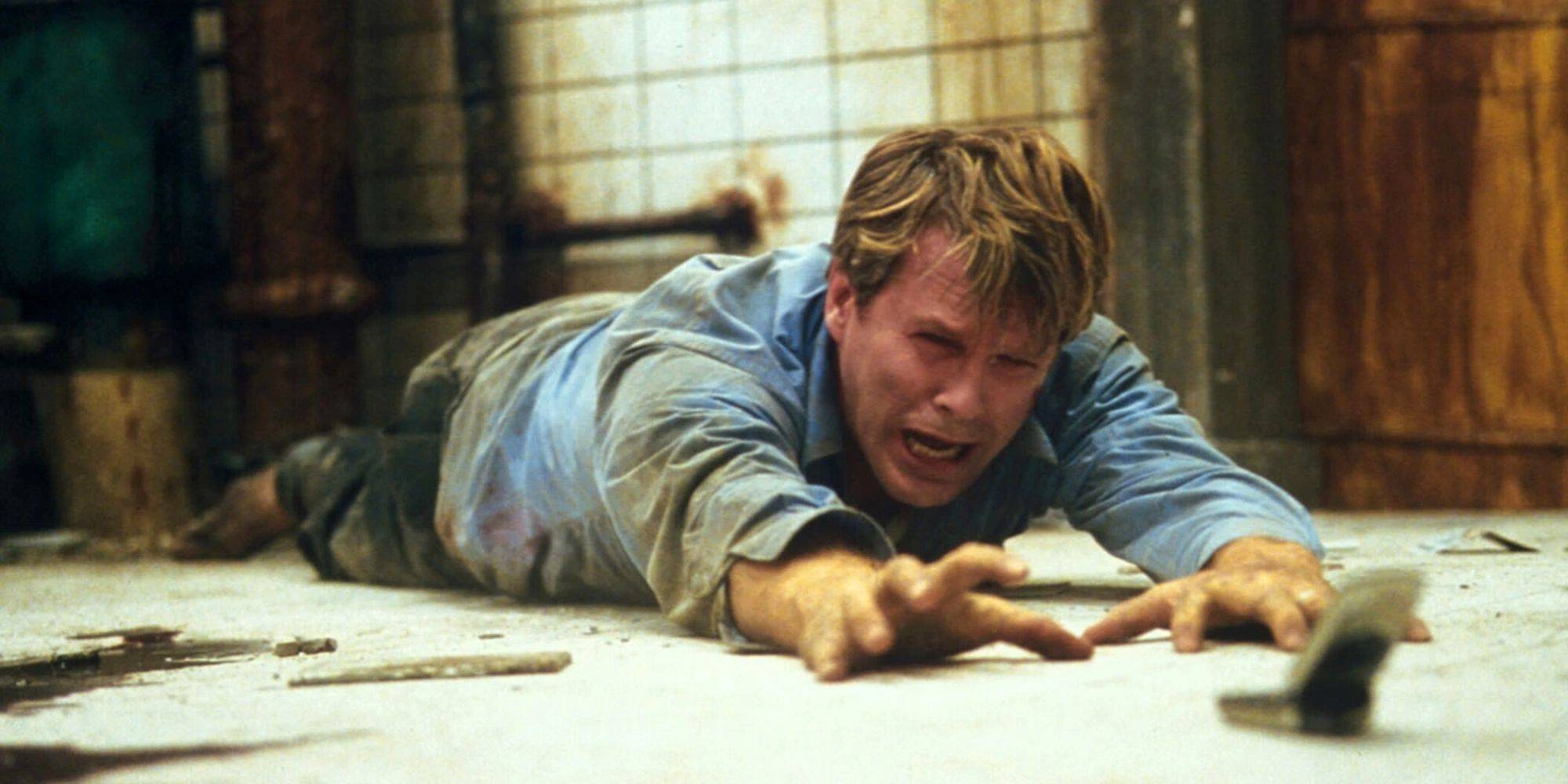 Saw is arguably the most influential horror film of the early 2000s. During this time, horror films were mostly aimed at teenagers, with enjoyable shock scares and wacky characters who were inevitably killed off. The breakout film from James Wan and Leigh Whannell was gritty, violent, and nihilistic with chilling severity, and it was everything these Hollywood horrors weren’t.

Saw became a multi-million dollar franchise immediately, ushering in a new era of big-screen torture pornography. Despite the sophisticated traps and gruesome fatalities that films are known for, the Jigsaw killer a.k.a. John Kramer’s perverted morality was what made the film so startling. 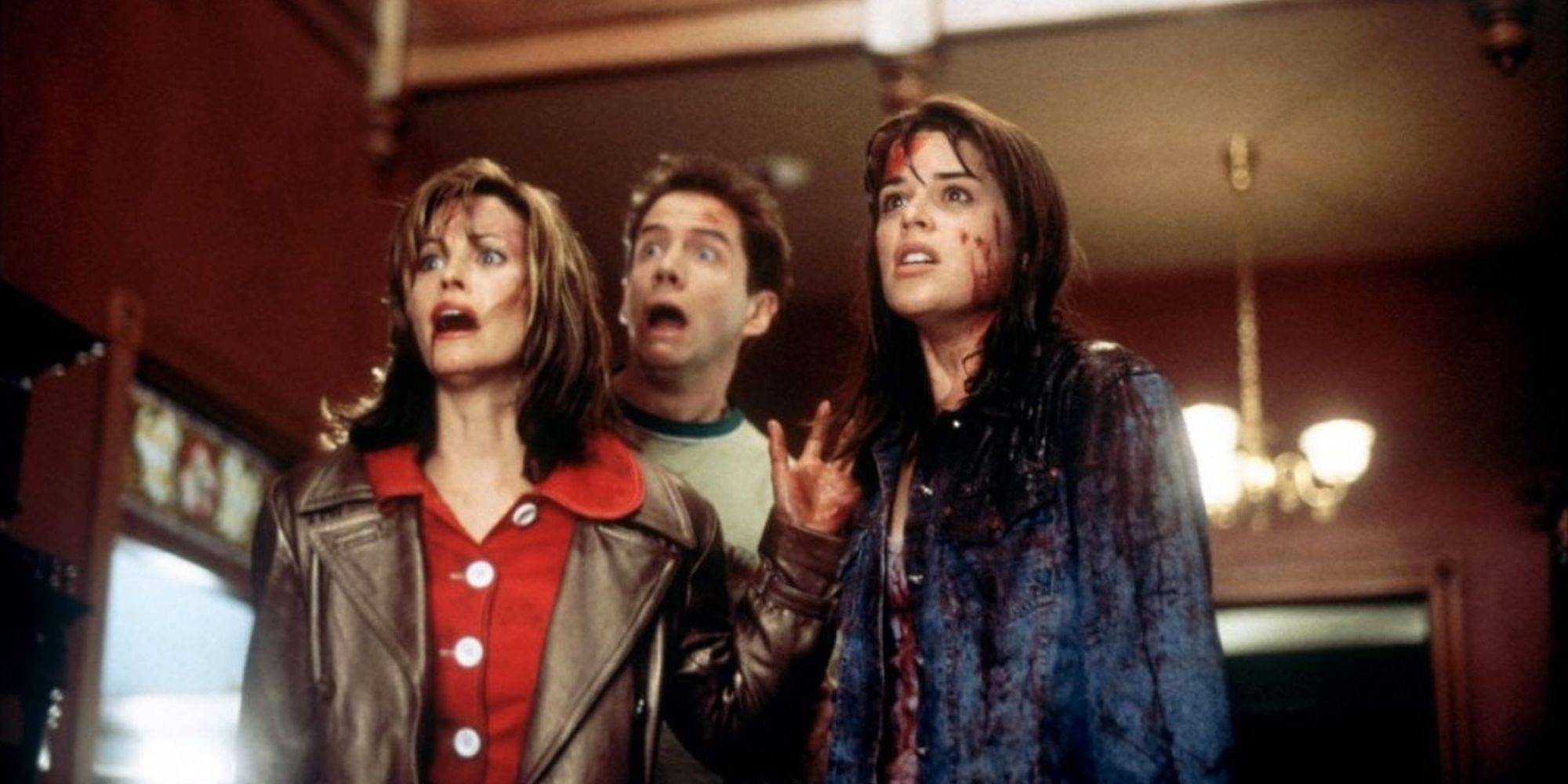 As popular franchises like Nightmare on Elm Street came to an end and new entries struggled to break through to mass audiences in the 1990s, horror began to fade. That is, until screenwriter Kevin Williamson devised the plot for Scream, a love letter to horror fans written by horror enthusiasts. Scream’s self-awareness, as well as its blend of comedy and horror with a young ensemble, ushered in a new golden age of horror.

Scream, rather of aiming to recreate horror tropes, discovered a new method to navigate them in a metatextual narrative that made the film as entertaining as it was horrifying to watch. Sequels were unavoidable, and the franchise only became stronger over time, amassing a devoted following that now spans two decades. Screams’ influence on the self-aware comedy-horror style that inspired films like Cabin in the Woods is undeniable (2011). 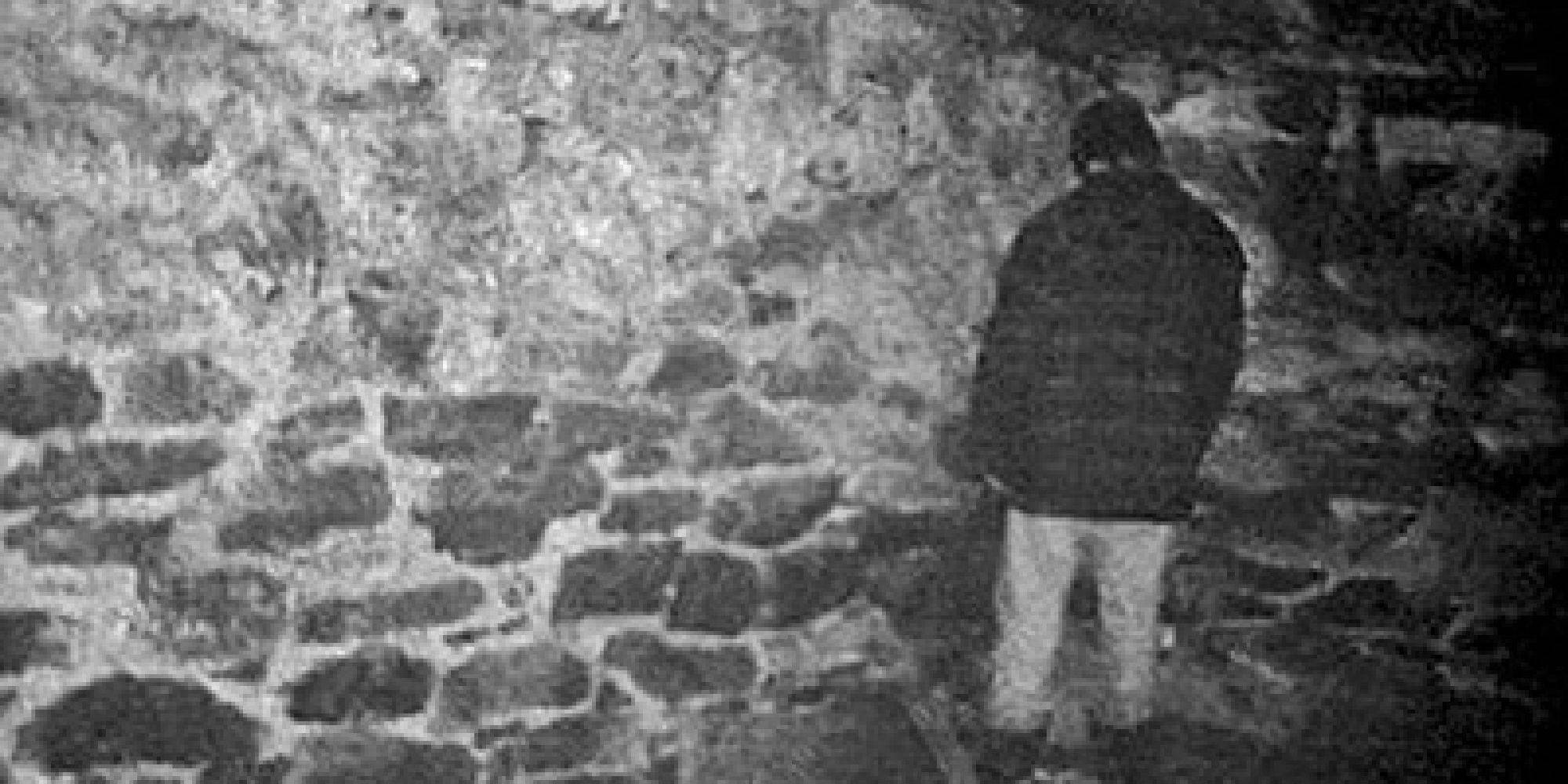 The Blair Witch Project took full advantage of audiences’ ignorance through skillfully manipulative marketing in a new age of technology and media. Director Daniel Myrick and Eduardo Sanchez launched a bogus documentary about three missing kids, along with a phony website and police records, before filming ever started. Viewers assumed they were viewing terrible genuine video of three adolescents’ final days lost in the woods when the film was ultimately released at the Sundance Film Festival.
Found-footage horror was formed as a result. The Blair Witch Project’s guerrilla-style stood out among a slew of blockbuster slashers thanks to its harsh camera work and unknown actors. What makes the film so disturbing is that this manner of filmmaking and distribution will never happen again. 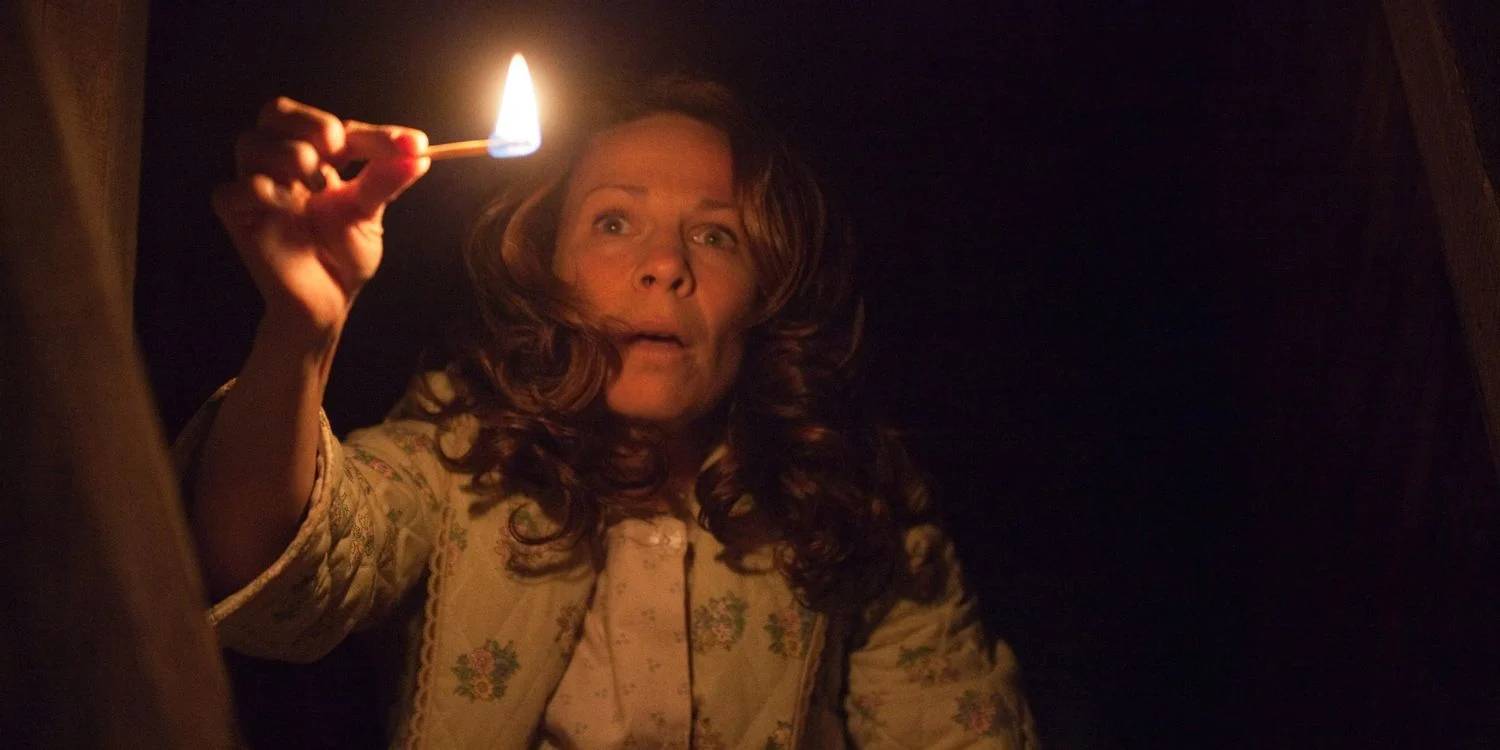 Cinematic universes bind contemporary Hollywood. These fictitious worlds have come to dominate mainstream cinema, thanks to DC, Transformers, and – most notably – Marvel. The Conjuring heralded the start of horror’s biggest cinematic universe, giving viewers a multitude of demons, spirits, and beings to fear in 2013.

The Conjuring introduced classic ghost stories to the big screen with a vintage twist, based on the lives of paranormal investigators Ed and Lorraine Warren. With outstanding casting and insightful screenplays based on real-life occurrences, the film established characters that viewers cared about, elevating the scares and attracting a large audience. 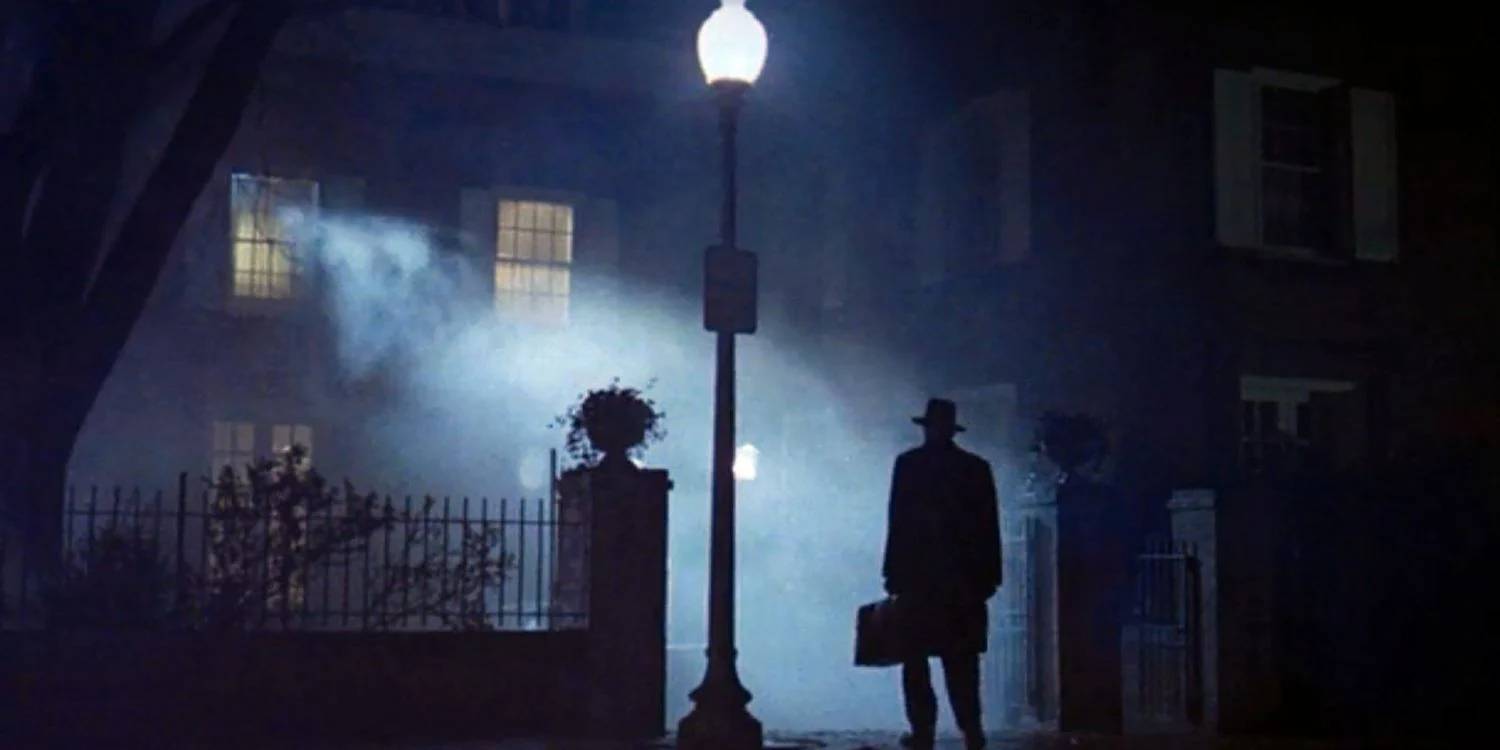 After the Hollywood production code, which had severe limitations about the depiction of religion in movies, was abolished in the 1970s, occult horror became popular. Satanic rituals, possessed children, and demonic entities flowed into popular horror, giving birth to The Exorcist, dubbed “the scariest movie ever produced.”

The Exorcist, directed by William Friedkin, was the first horror picture to scare a whole generation. The possession of 13-year-old Regan was painfully realistic for audiences thanks to innovative visual effects and make-up, as well as a variety of sacrilegious events. Some fanatical viewers threatened to kill teenage actress Linda Blair for “glorifying Satan,” prompting Warner Bros. to hire bodyguards to safeguard her for the next six months. 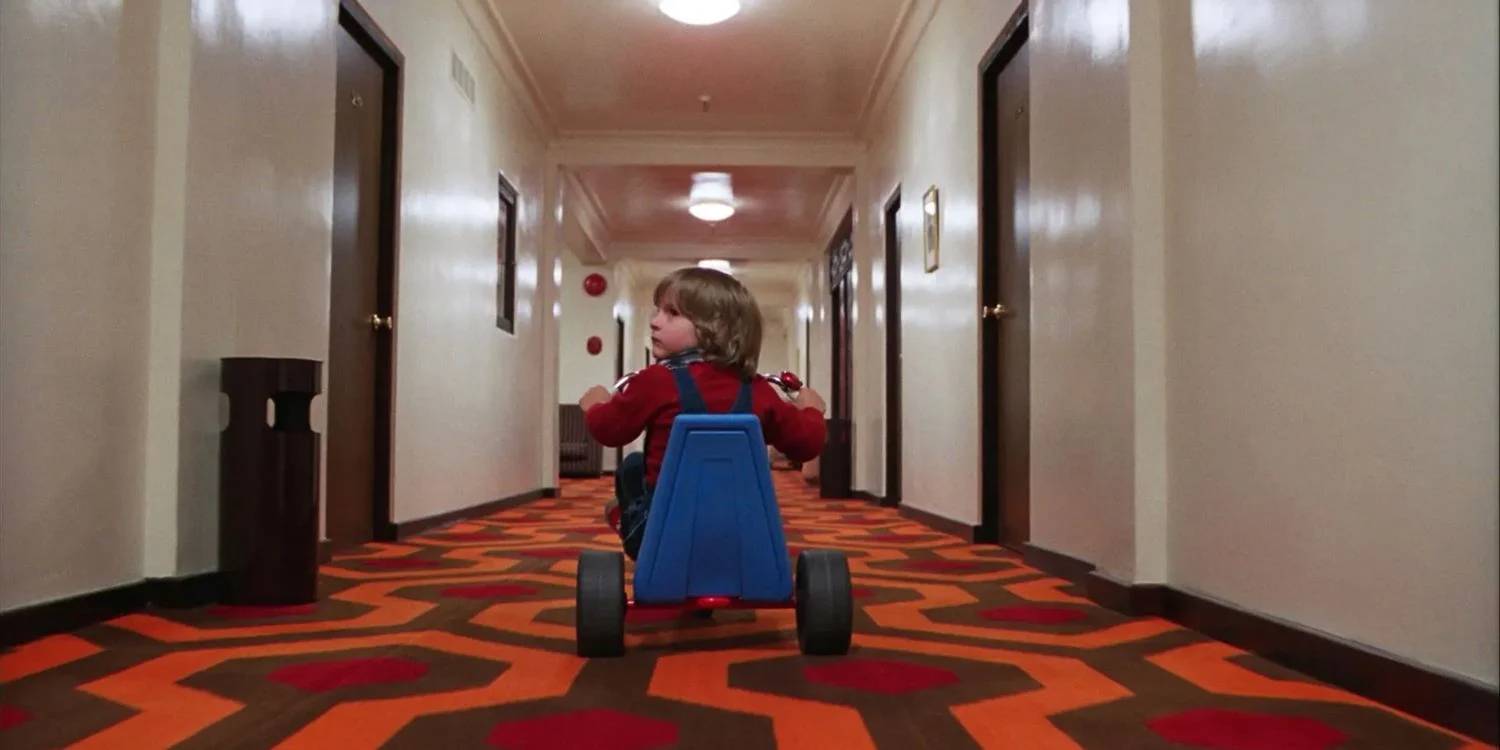 With The Shining, the dark and gloomy tropes of horror were brought into the light. Stanley Kubrick’s adaptation of Stephen King’s novel, starring Jack Nicholson, was an atmospherically frightening portrait of solitude and hallucination. The Overlook Hotel, with its brilliant colors and geometric patterns, was precisely created to elicit feelings of anxiety and helplessness.

The Shining would go on to leave an indelible mark on the horror genre as well as modern cinema. The film became ingrained in popular culture in the United States, but it was the experimental presentation of dread that set a new bar for horror directors. 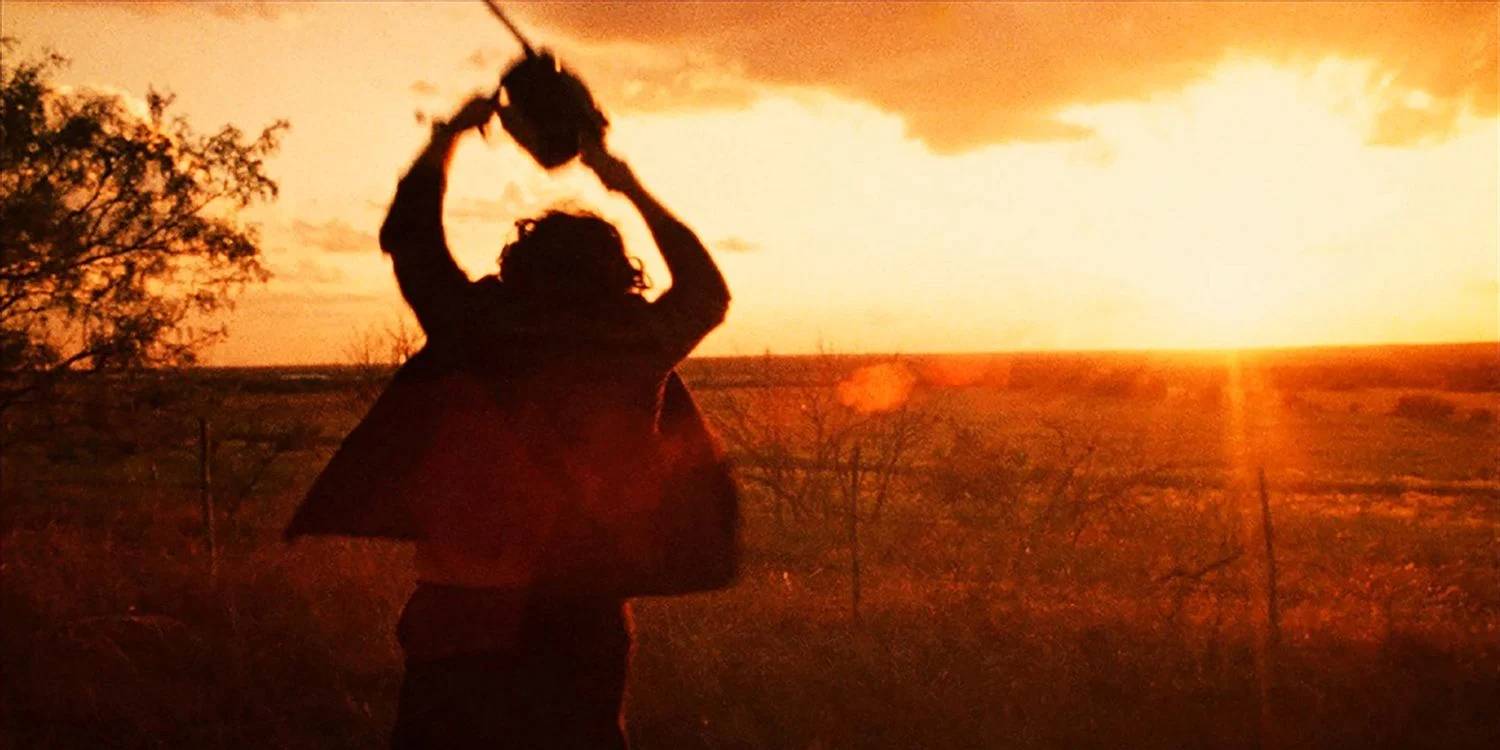 Only one horror film masterpiece, The Texas Chainsaw Massacre, is revered for its groundbreaking violence and primal dread. Tobe Hooper’s low-budget independent horror film is a daring cult classic that stunned spectators and gave birth to horror cliches that are now embedded in the genre.

Leatherface, a masked murderer who slaughters an unsuspecting gathering of young Americans, established the structure for slasher flicks in The Texas Chainsaw Massacre. Thousands of horror films would follow, not to mention the famed “final girl” stereotype popularized in no small part by Sally Hardesty, the lone survivor. With Leatherface dancing while clutching his chainsaw as the sun rises, the final shot rapidly became iconic – a moment unmatched in terrifying beauty and terror.