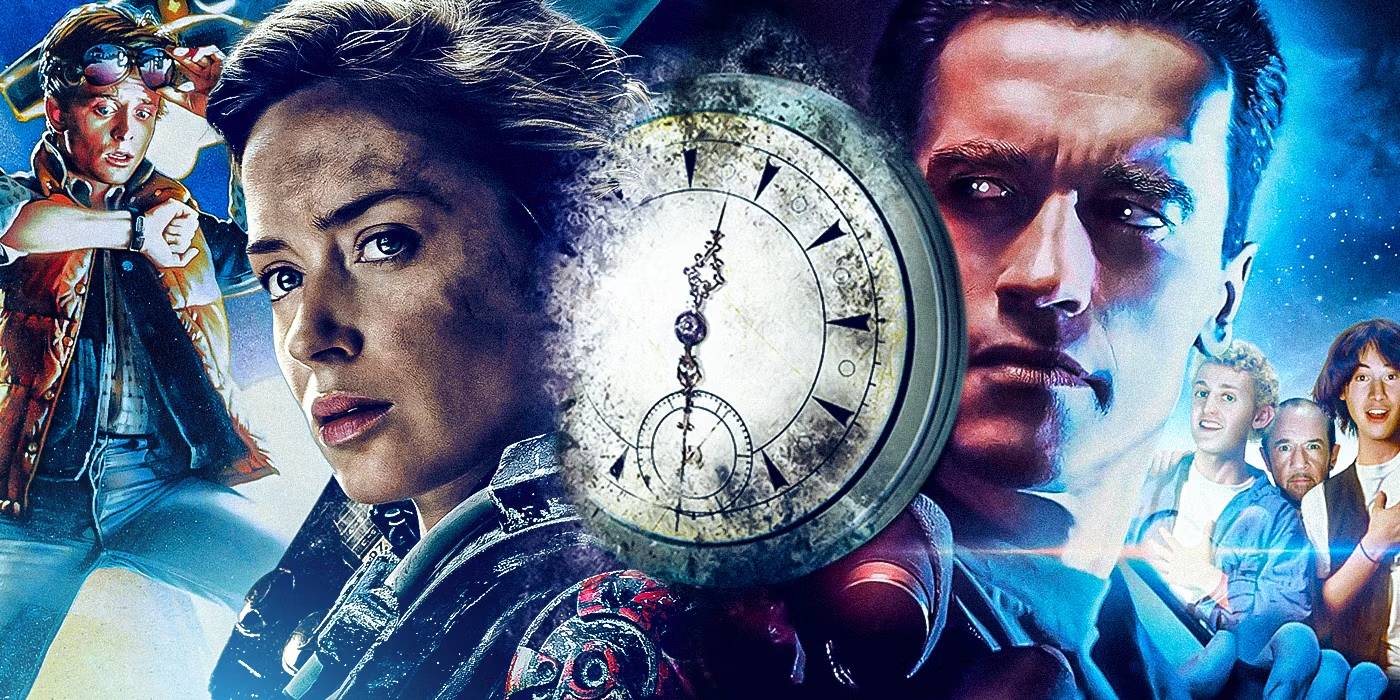 It turns out that making a terrific time-travel movie is not that simple. Many movies have tried and fallen short for various reasons. There is the logic, of course, which might be a problem, but frequently a novel may rely too much on the plot mechanism, leading to a dearth of interesting or memorable characters. However, there are some truly outstanding time travel films that take advantage of the premise and create memorable and creative tales, many of which have endured the test of time.

In light of this, I’ve compiled a list of the top time travel movies by looking back at the genre’s history. Some are funny, some are heartwarming, and some are just a tonne of fun. I’ve tried to argue why these 15 movies, in particular, are the best time-travel movies ever created, but like all lists, this one is subjective and there will certainly be one or two of your favourites that don’t make the cut. 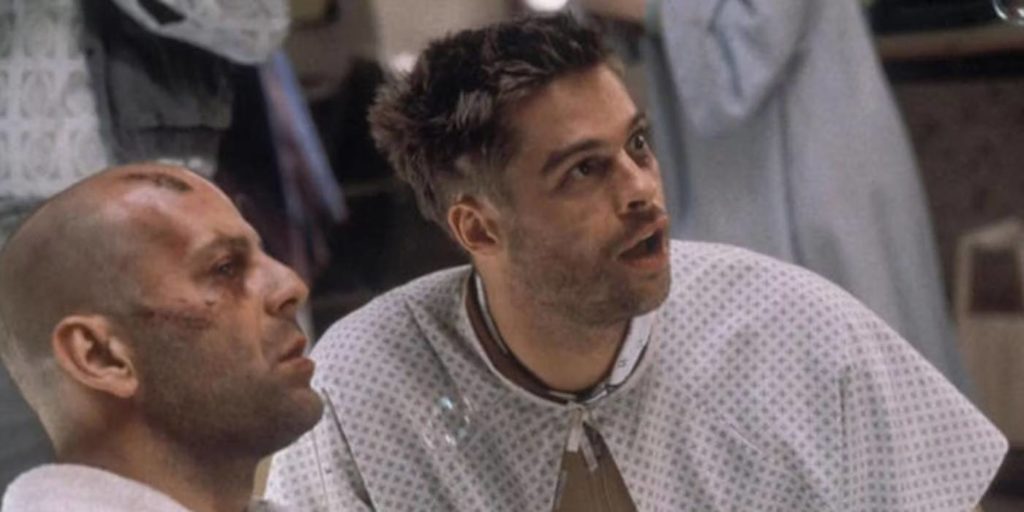 Although time travel is nothing new to director Terry Gilliam (Time Bandits almost missed making our list), his 1995 picture 12 Monkeys is still one of the most striking examples of the genre. The science fiction drama fuses Gilliam’s more eccentric ideas with realistic and gritty time travel to create a harsh and unique experience. Bruce Willis plays a prisoner transported back in time to find the causes of a fatal virus that decimated the Earth, while Brad Pitt portrays a possibly insane mental institution inmate. Gilliam, who has never been one for convention, keeps everything deliciously out of the ordinary. 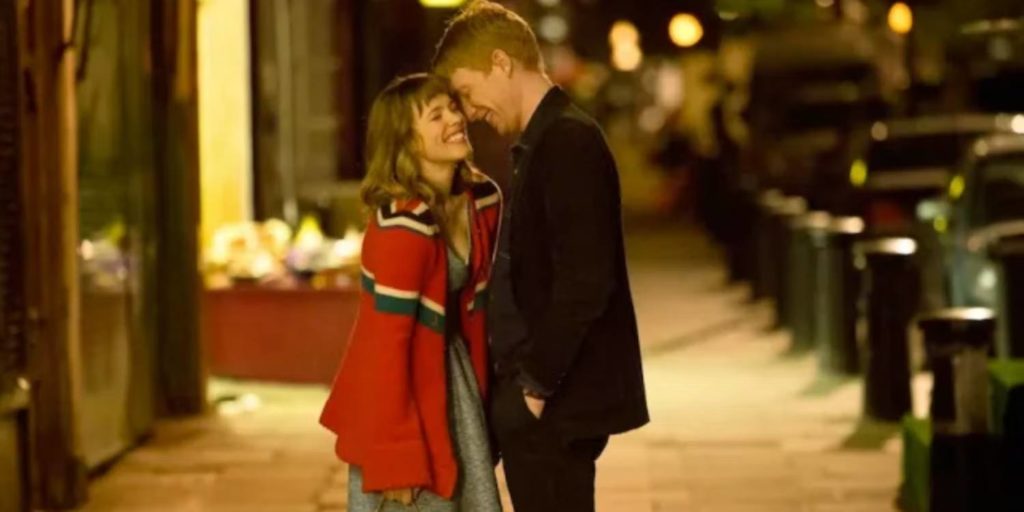 The most sentimental film on our list, without a doubt, is About Time. Love Actually and Pirate Radio had previously won the hearts of viewers, but About Time allowed writer/director Richard Curtis to return to his Four Weddings and a Funeral roots (which he didn’t direct but did write). With its concentration on a very sincere relationship between a father and a son, About Time takes advantage of the time-travel genre’s ability to wax lyrical about regret and death. The hook of this movie is the romantic comedy scene starring Domhnall Gleeson and Rachel McAdams, but the heart of it is the touching bond between Gleeson and Bill Nighy’s time-traveling father and son.

Back to the Future 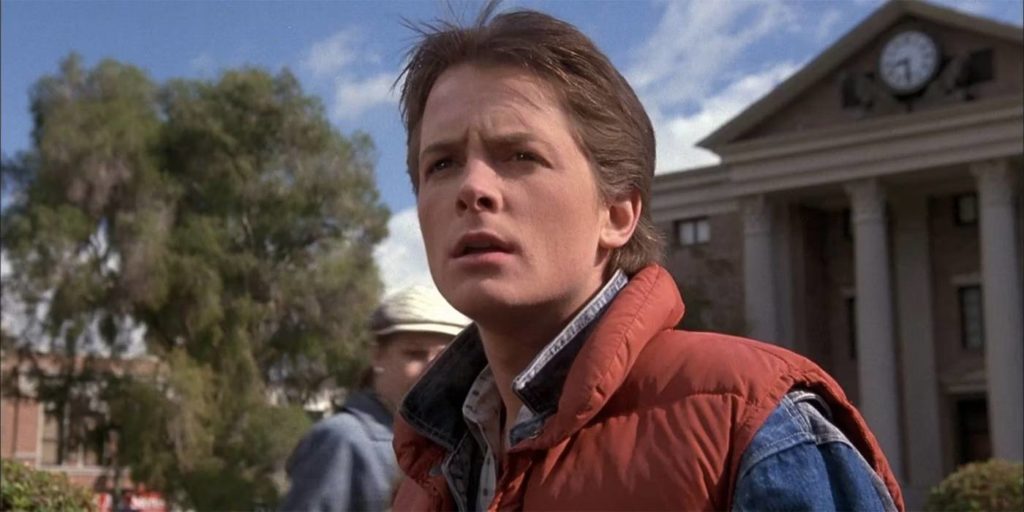 But is there truly anything out there like Back to the Future? The 1985 original by director Robert Zemeckis plays on the universal truth that we can never truly know what our parents were like when they were our age while also adding his customary splash of mad ambition. And it’s amazing the movie turned out so well given the difficulties throughout production. Christopher Lloyd is flawless, Michael J. Fox is a revelation, and Lea Thompson is so excellent that you might not even realise she’s portraying Marty’s mother. It’s funny, fresh, unique, and imaginative, but it’s also based in universal truths that keep it timeless over the years. Yes, it is also a movie about trying not to smack your mother in the face.

Back to the Future Part II 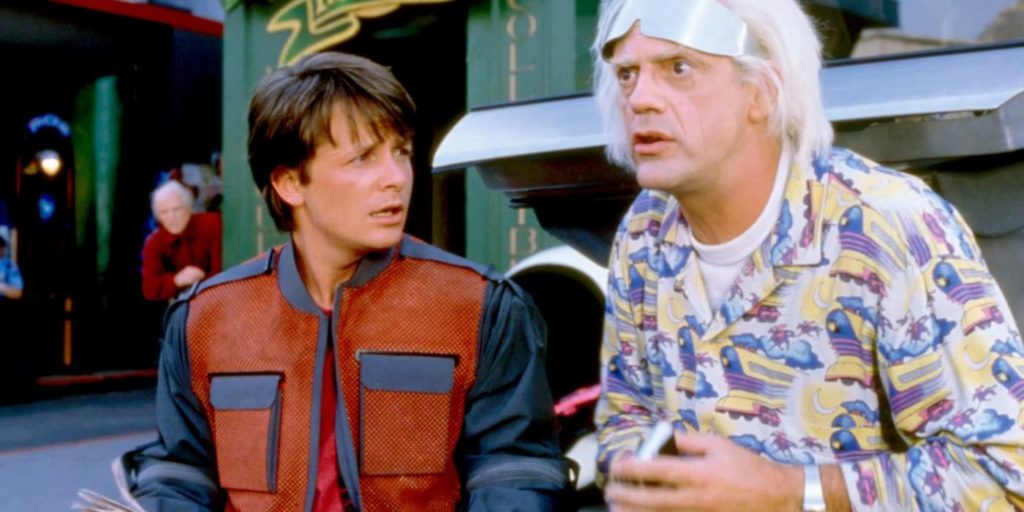 Back to the Future Part II is not a horrible movie, despite what some people claim. The original film from director Robert Zemeckis is incomparable, but for the first sequel, the typically ambitious director amps up the time travel theme while also brilliantly repeating the original picture. The original movie’s events are reframed as Marty McFly needing to travel back in time to save the future while evading his other time-traveling self. This is followed by a kitschy, Easter Egg-filled vision of the future. Only a director with this much vision and guts could accomplish this exceedingly challenging tightrope walk. 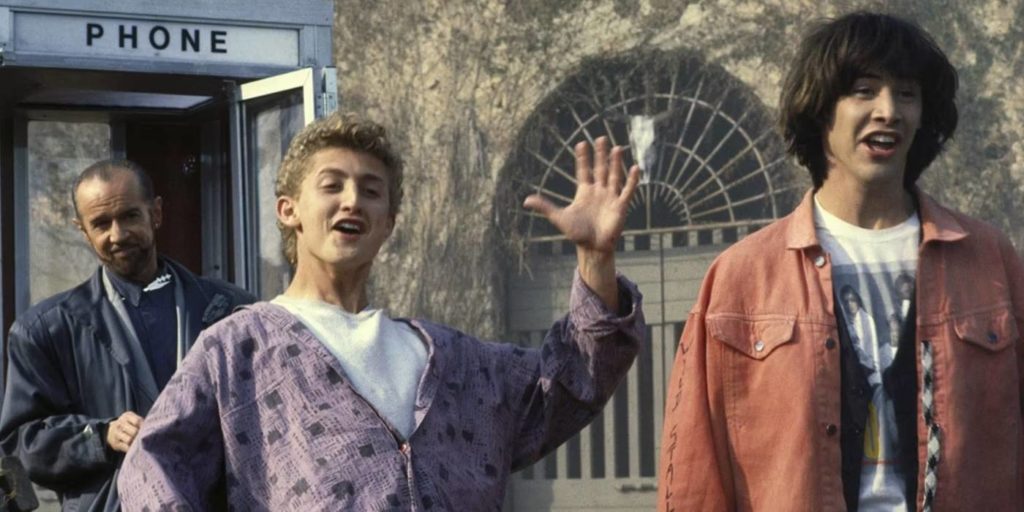 The sci-fi comedy Bill & Ted’s Excellent Trip from 1989 merged these two genres to create an incredibly creative and amusing adventure. The two jaded characters played by Keanu Reeves and Alex Winter who utilise a time machine to do a history report are ideal. Even though the whole thing is absurdly stupid, you can’t help but love it because of how much care went into creating the characters. There are many funny jokes, especially ones about historical individuals, and George Carlin’s Rufus is still a classic. It’s a movie that, in all likelihood, shouldn’t work yet does. Be truly excellent to one another. 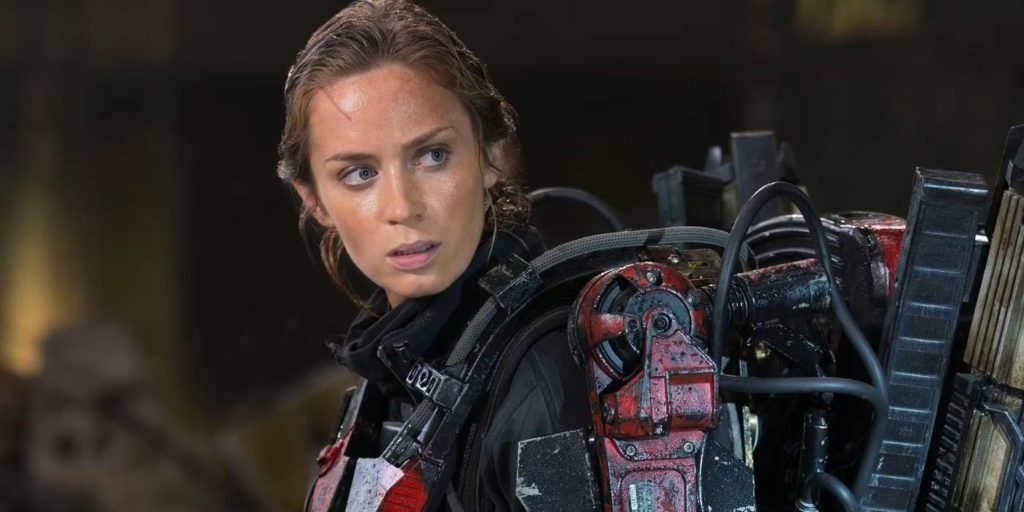 Edge of Tomorrow is the ideal concoction of action from Tom Cruise, power from Emily Blunt, distinctive sensibilities from writer Christopher McQuarrie, and outrageous ambition from director Doug Liman. Edge of Tomorrow takes the “trapped in a loop” conceit of Groundhog Day and goes with it, keeping every scene interesting even though we’re seeing the same day play out repeatedly. Many have attempted and failed to replicate this idea. The secret ingredient is casting Tom Cruise as a blatant coward, which contrasts with how the public perceives him onscreen and makes for a delightfully energising viewing experience. Hollywood’s “White Whale” is Edge of Tomorrow, a truly original and tremendously entertaining blockbuster. 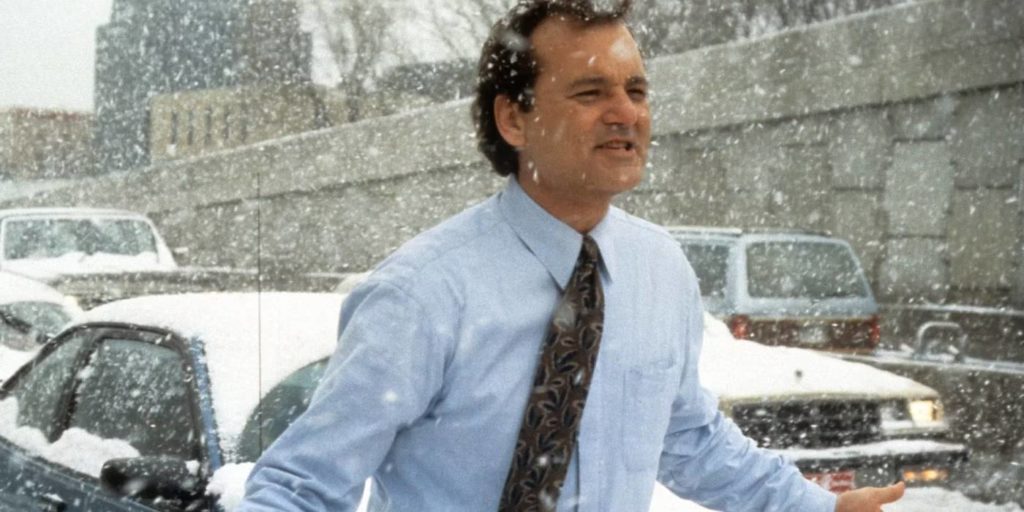 Bill Murray in Groundhog DayPhoto courtesy of Sony Pictures While filming Groundhog Day, Harold Ramis and Bill Murray had a memorable argument. Ramis apparently insisted on the comedy, while Murray reportedly wanted the movie to be more intellectual. The tension between these two concepts, however, is what makes Groundhog Day a timeless classic. It’s hilarious and has some of Murray’s funniest bits, but it’s also really depressing. The film doesn’t downplay the premise’s inherent loneliness—living the same day over and over—in any way. However, Murray’s humanity always comes through, and Andie MacDowell does some fantastically quiet work as his counterpart. It goes to some really dark areas. It is a classic, period.

Harry Potter and the Prisoner of Azkaban 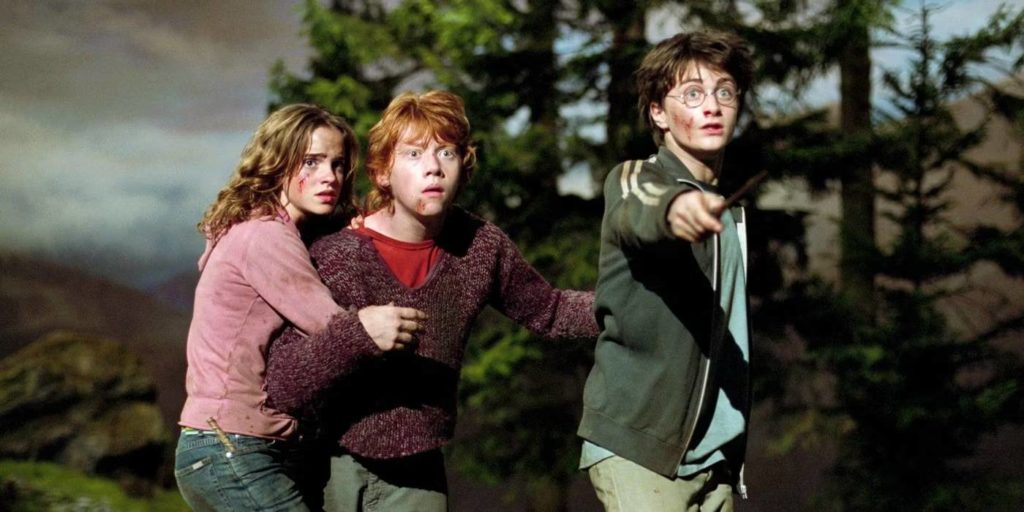 Harry Potter and the Prisoner of Azkaban, the best film in the series (defend me), is also one of the greatest time-travel films ever created. The acclaimed book series by J.K. Rowling was adapted by director Alfonso Cuarón, who changed the aesthetic and narrative approaches. Although Rowling provided the basic framework for the story, Cuarón’s execution really makes this thing fly. Azkaban is full of wonder, curiosities, and danger, and it’s an amazing delight to watch, from fantastic cinematography to audio patterns that clue the spectator in to the shifting temporal circumstances. 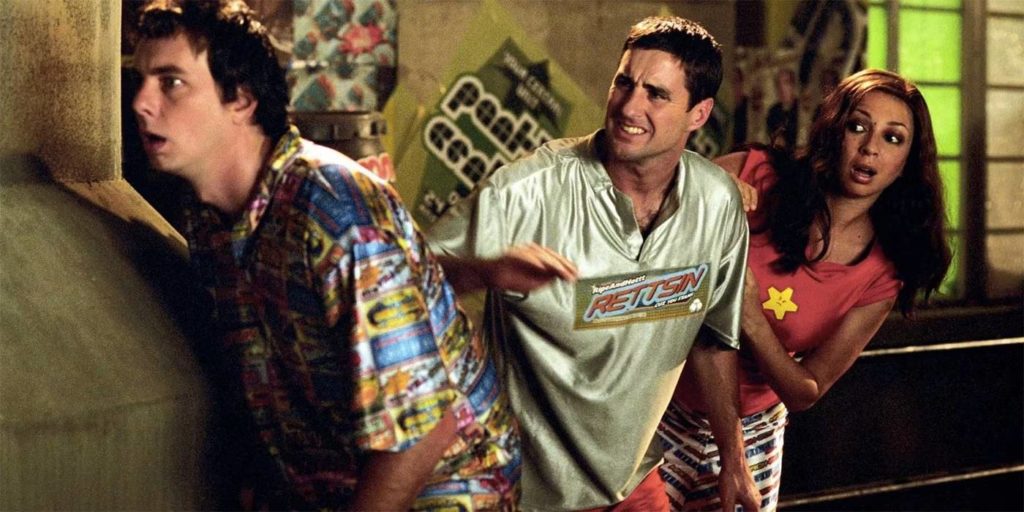 That film, you recall, started out as ludicrous fiction but eventually started to take shape. Idiocracy director Mike Judge couldn’t have known how accurate the movie would be more than ten years after it was first released, but Judge and co-writer Etan Cohen undoubtedly had their finger on the pulse of what was happening in America at the time, which allowed them to uncover uncomfortable truths that are still relevant today. Although the basic premise of a guy being “frozen” for hundreds of years has been done before, Idiocracy endures because of the hilarious dexterity with which Judge delivers his simplified forecast of America’s future. The bat jokes are also included. 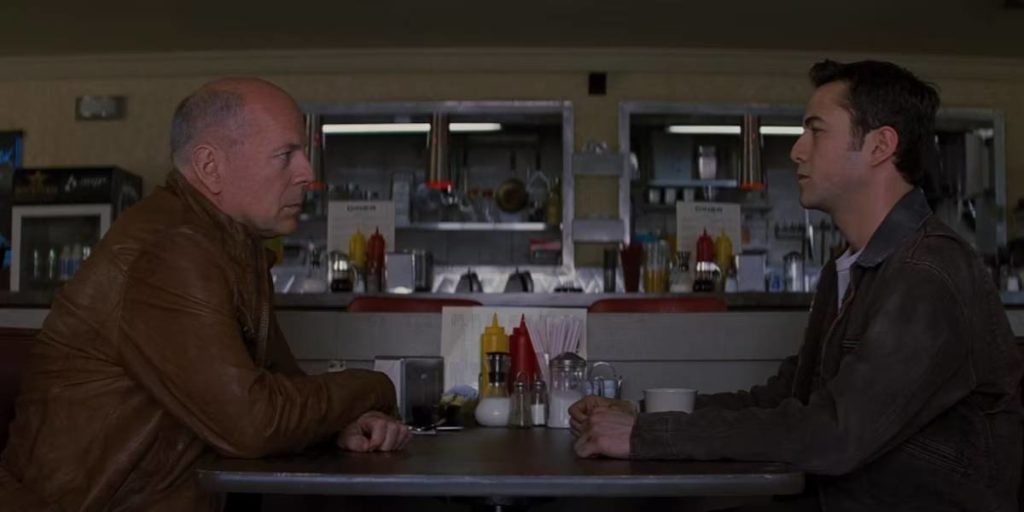 Writer/director Rian Johnson has consistently displayed an excellent balance of ambition and meticulousness, never letting his reach to exceed his grasp, whether it be in an independent noir like Brick or a big blockbuster like Star Wars: The Last Jedi. Johnson entered the sci-fi genre for the first time with Looper, and he did so with vigour, delivering a complex time-travel tale that is first and foremost about characters. The movie turns the question “What would you do if you went back in time and met your younger self?” on its head and for good measure throws in some incredibly suspenseful action sequences and challenging moral dilemmas.

Planet of the Apes 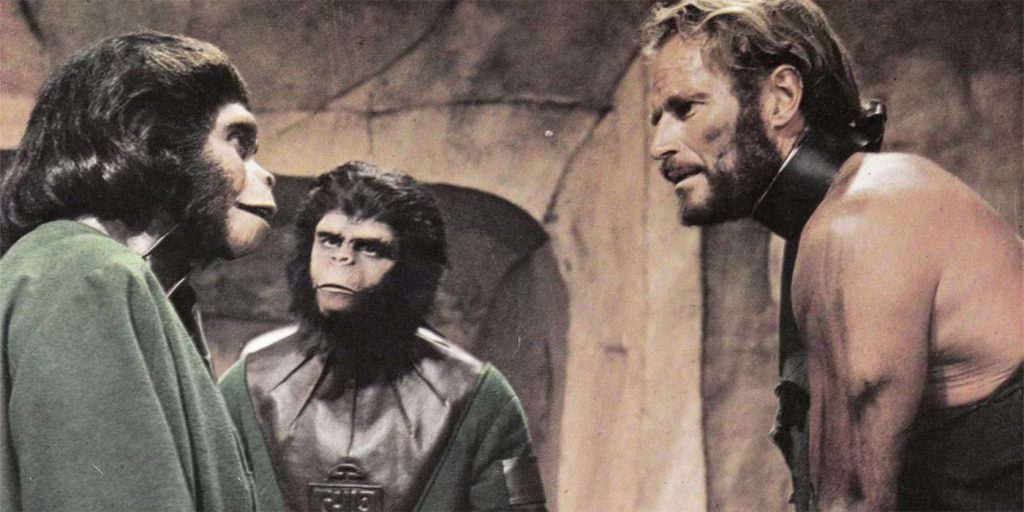 Therefore, despite the fact that viewers who first saw the 1968 film didn’t realise it until that last, jaw-dropping sequence, Planet of the Apes is technically a time-travel movie. A future Earth when apes have genuinely taken over the world has been reached by Charlton Heston’s astronaut Taylor, who didn’t just happen upon an ape-populated planet. The movie has some of the best Jerry Goldsmith music ever, and it’s filled with social satire that carried over into its underappreciated sequels. But the film’s ending, which gives the remainder of the story a completely new perspective, makes it a classic. 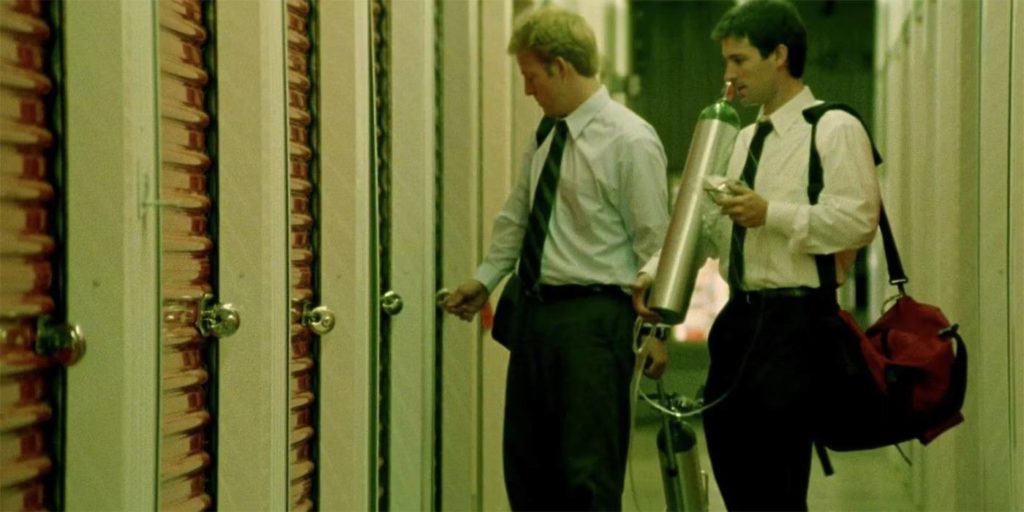 In contrast to other time-travel movies, Primer, written, directed, and starring Shane Carruth, does not attempt to simplify the actual mechanisms of time travel. The independent drama centres on two engineers who, while working on innovative tech projects, unintentionally uncover a time-travel mechanism. One of the most technically complex time-travel movies ever produced, Carruth doesn’t “dumb down” any of the physics in the movie; in fact, charts have been constructed to describe the precise mechanics of what’s happening in this movie. 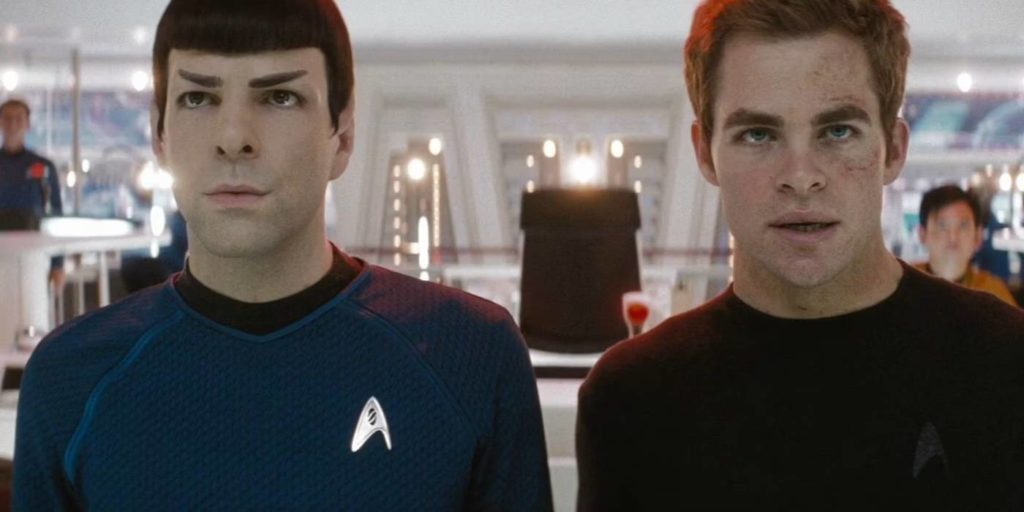 The 2009 Star Trek reboot by director J.J. Abrams avoided the issue of “erasing” the heritage of the previous movies and TV episodes by utilising one particular technique: time travel. Although Abrams’ Trek focuses on Young Kirk, he exists in a new and altered timeline, so the future is not entirely set. This brilliant idea allows Abrams’ wildly entertaining film to both exist in the same universe as the previous Star Trek movies with Kirk, Spock, and the entire gang, while also opening up new possibilities for the future. The minor miracle that is Star Trek (2009) is that it manages to explain this succinctly while also acting as an incredibly entertaining adventure all on its own. While the sequel Star Trek Into Darkness tarnished some of that goodwill, Abrams’ original film still stands as one of the most easily rewatchable blockbusters of the twenty-first century. 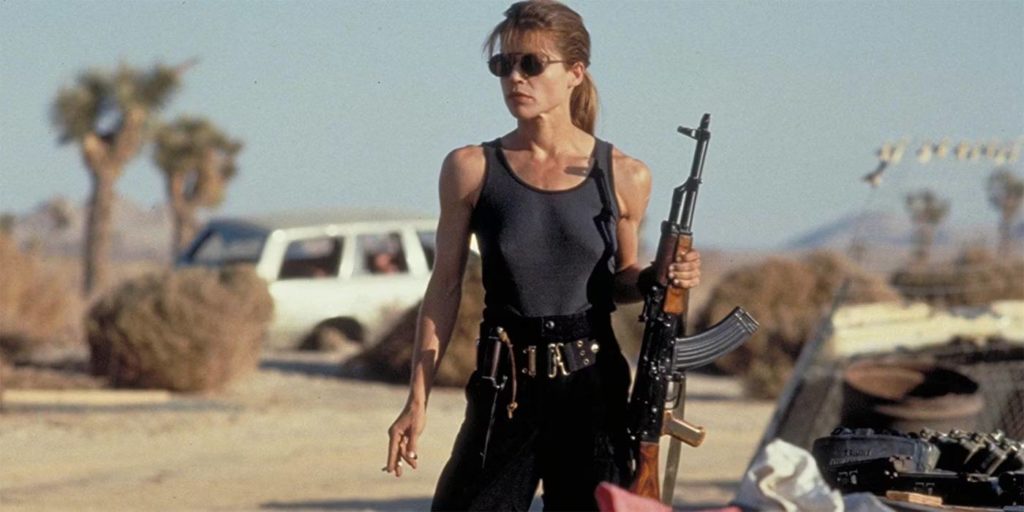 Given Aliens and The Abyss, we should have anticipated that filmmaker James Cameron’s Terminator 2 wouldn’t be your average sequel. In fact, the ambitious director created a totally different film from the original Terminator by incorporating elements of a family drama, PTSD drama, and buddy comedy into this sci-fi actioner. A small miracle of a movie, Terminator 2 flips its own concept on its head to present a time-travel tale that is similar to the first Terminator yet fundamentally different. It also has an undeniably grandiose feel. This one meets all the requirements. 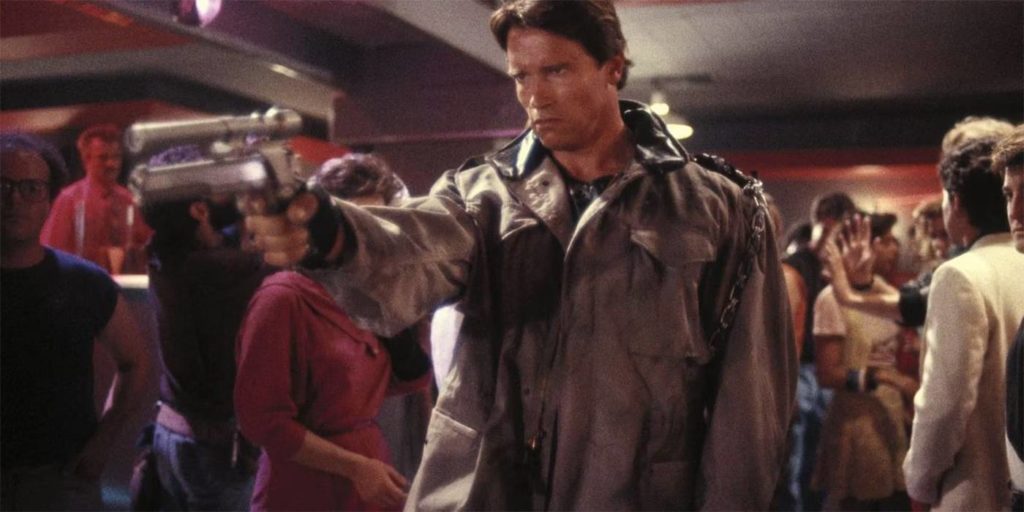 This needs to be on the list, after all. The breakthrough sci-fi action film from director James Cameron from 1984 is much more realistic and understated than its follow-up, yet The Terminator still has a powerful impact today. The Terminator’s influence is enormous thanks to its extremely original premise, Linda Hamilton’s endearing performance, and the demonstration of Arnold Schwarzenegger’s acting prowess.