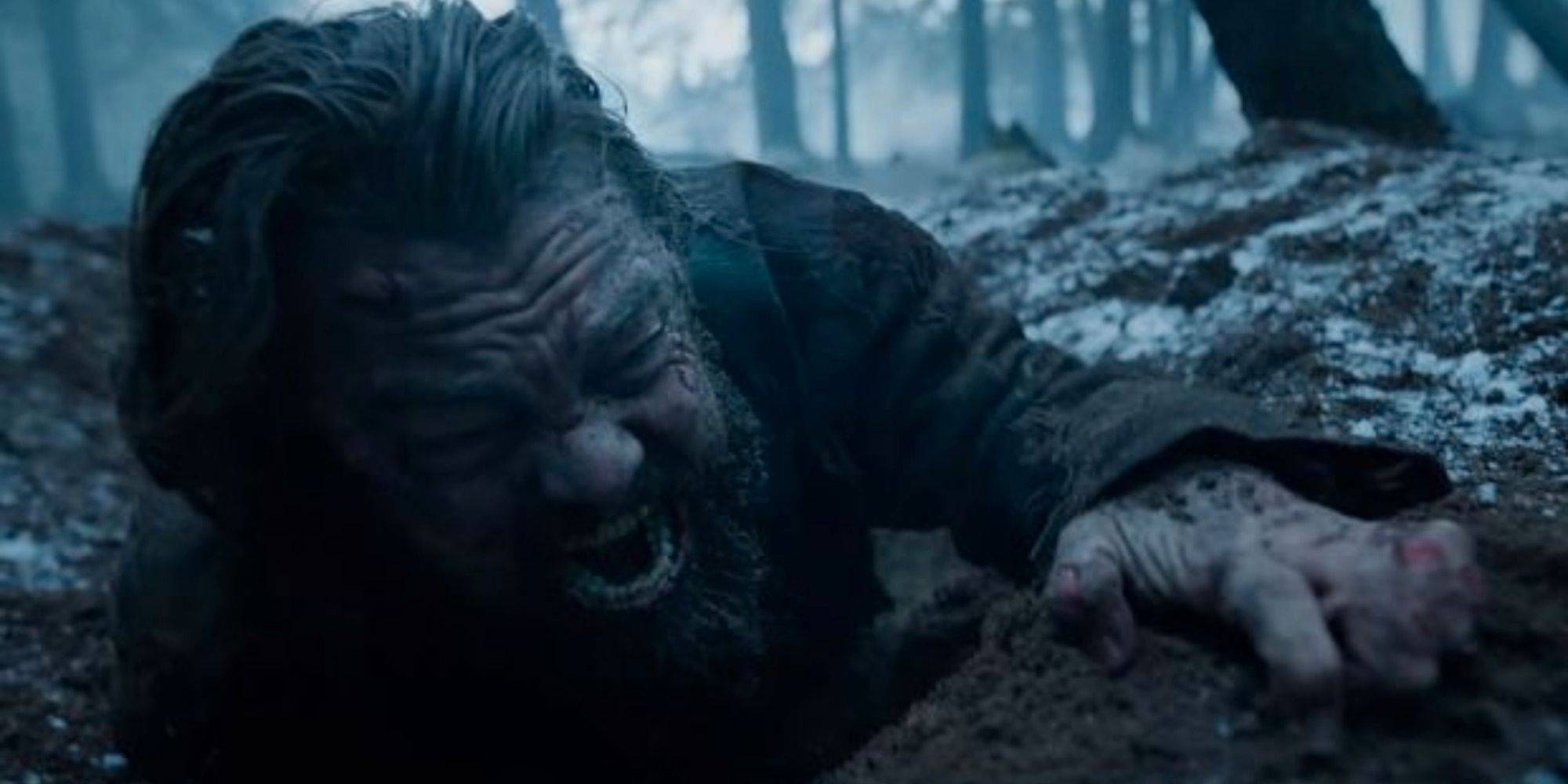 There have been a number of action films that have gone unnoticed. Some films lack that one action sequence that piques the interest of action fans. There have been a number of memorable action moments that have left a lasting impression. The duration of the action sequence is one of the criteria for memorable, remembered action sequences. For maximum impact, a skillful filmmaker can extend a tense sequence.
Watching action scenes always gives you a burst of excitement, especially if they are well-executed. There are action scenes that have left their imprint and have been tough to top in the last decade, whether people are jumping off of aircraft, leading an army of misfits, or fighting their best friend. 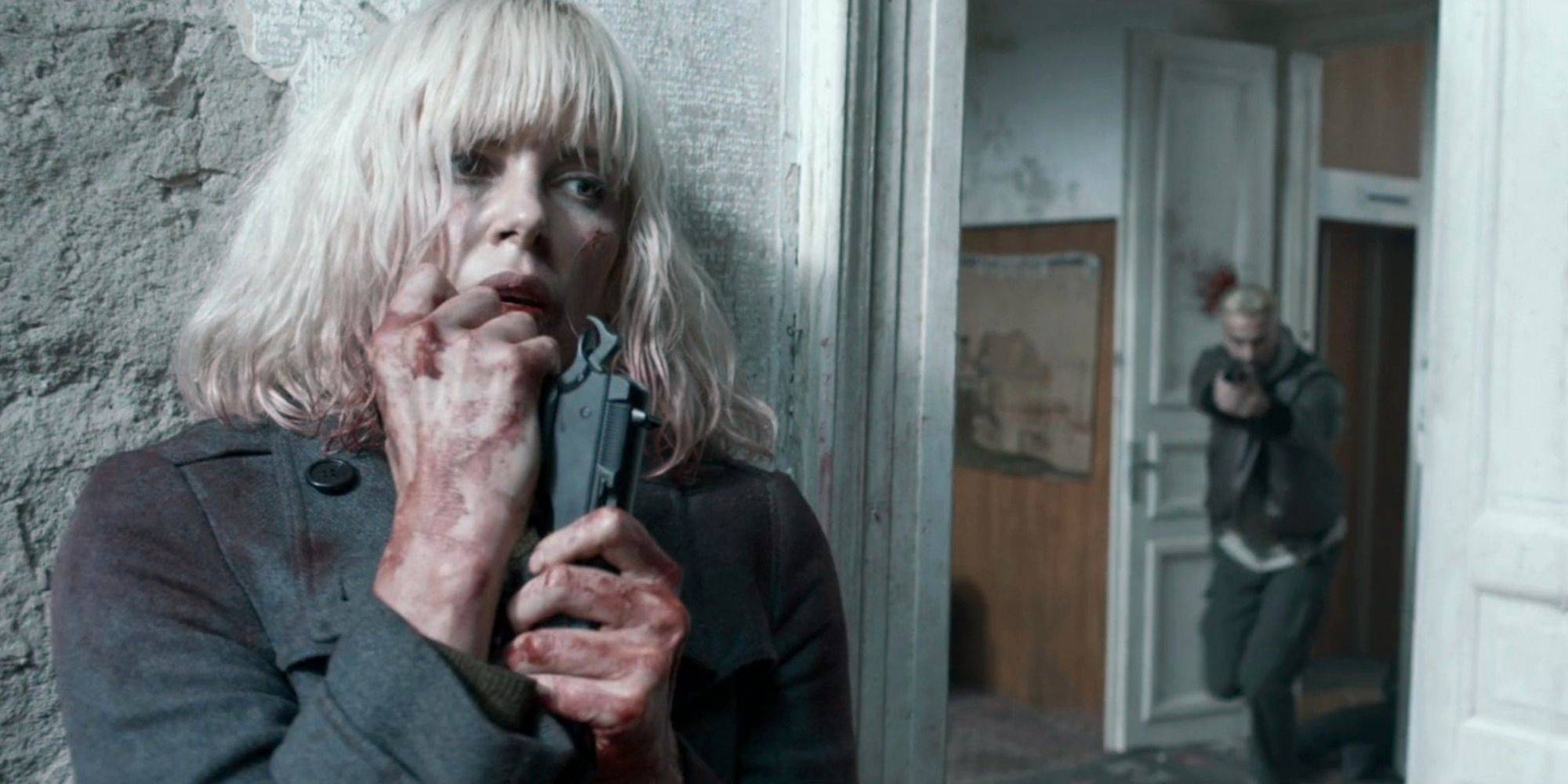 Action fans were ecstatic after seeing this film because of the seven-minute-long hallway stairwell battle sequence, which seemed to go on forever. Even before she played Lorraine Broughton, Charlize Theron established herself as one of the best female action performers, and she outperformed all expectations in this film.

The viewer could sense Theron’s exhaustion in the stairwell battle sequence, which helped to ground this extended struggle in the reality of the scenario. Every time she faced a new foe, it was meticulously prepared so that David Leitch could keep the action moving from section to section. Because he knows how to frame his battles for maximum excitement, Leitch is one of the best action filmmakers working today.

Captain America: The Winter Soldier remains in many Marvel fans’ top five MCU flicks. In most action movies, the story and the action must be balanced, and it appeared that Joe and Anthony Russo knew how to do just that. Because of the significance of the reveal, the combat sequence between Captain America (Chris Evans) and The Winter Soldier (Sebastian Stan) had an impact.

Within seven minutes, this six-minute battle scenario traveled from the highway to the streets. The Winter Soldier fought Black Widow (Scarlett Johansson) and Captain America (Captain America: Civil War) without sustaining a scratch. The MCU gained a new style because to the precise fight choreography, which varied action scenes in the future depending on the hero’s power set. 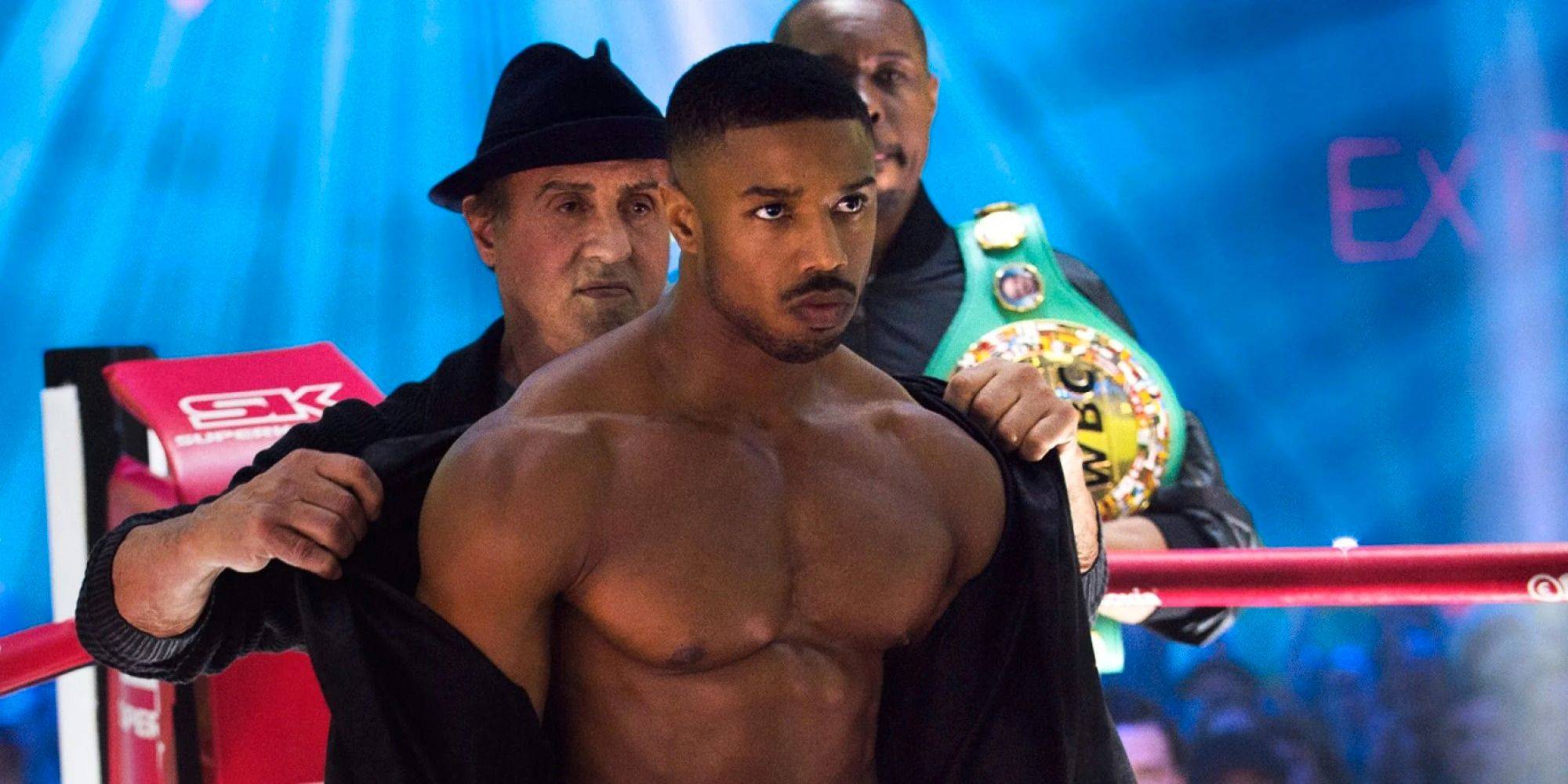 Creed — An Eight-Minute Ring Fight Before the fight in the ring, Rocky Balboa removes Adonis Creed’s robe.
It was the perfect decision to make a spin-off based on Apollo Creed’s son. The film Creed, directed by Ryan Coogler, reignited the series and drew in even more fans to Rocky’s ring. Coogler was able to bring a new perspective to the character’s lineage and what it meant to be a Creed. It showed in Adonis’ (Michael B. Jordan) training and in the ring, where Rocky (Sylvester Stallone) guided him.
Coogler made this eight-minute ring battle feel like a pay-per-view event. It was great how he transitioned to multiple perspectives, with people watching from inside and outside the ring, and even got a close-up POV of Adonis Creed in the ring, all while making it look like a real match on TV. 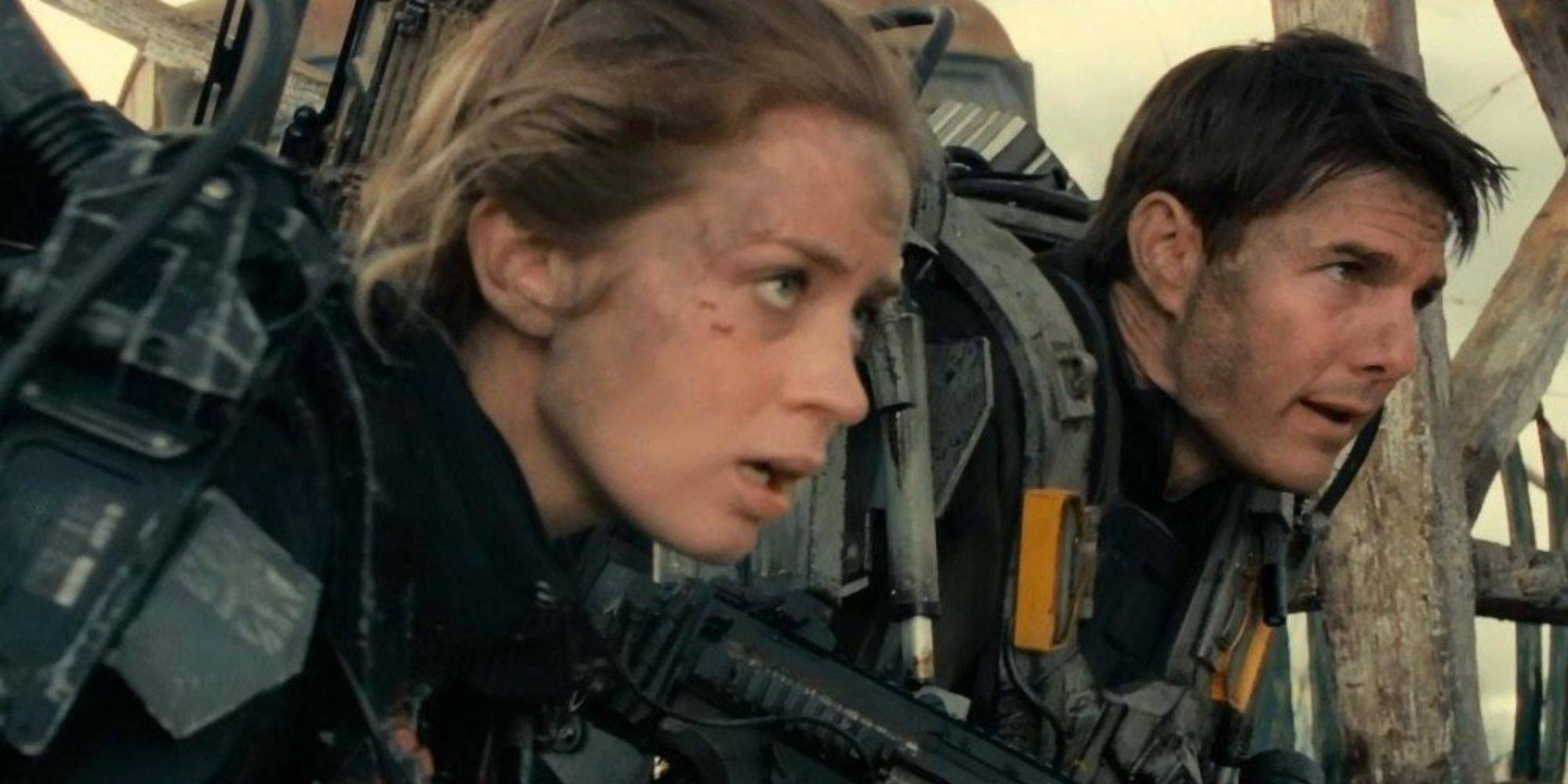 The First Battle Scene in Edge of Tomorrow In Edge of Tomorrow, Emily Blunt and Tom Cruise face off in the first combat.
Edge of Tomorrow’s initial battle scene lasts five minutes and sets the tone for the remainder of the film. It’s widely regarded as one of the most successful live-action anime adaptations to date. It’s fun to view a movie backwards to pick up on the little tidbits of information. It does feel as if the audience has entered a video game and is responsible for putting the parts together.

The stunning segment, directed by Doug Liman, revealed the many robotics utilized on the battlefield via the eyes of Cage (Tom Cruise). Because he was witnessing everything for the first time, the viewer could appreciate the gravity of the situation. 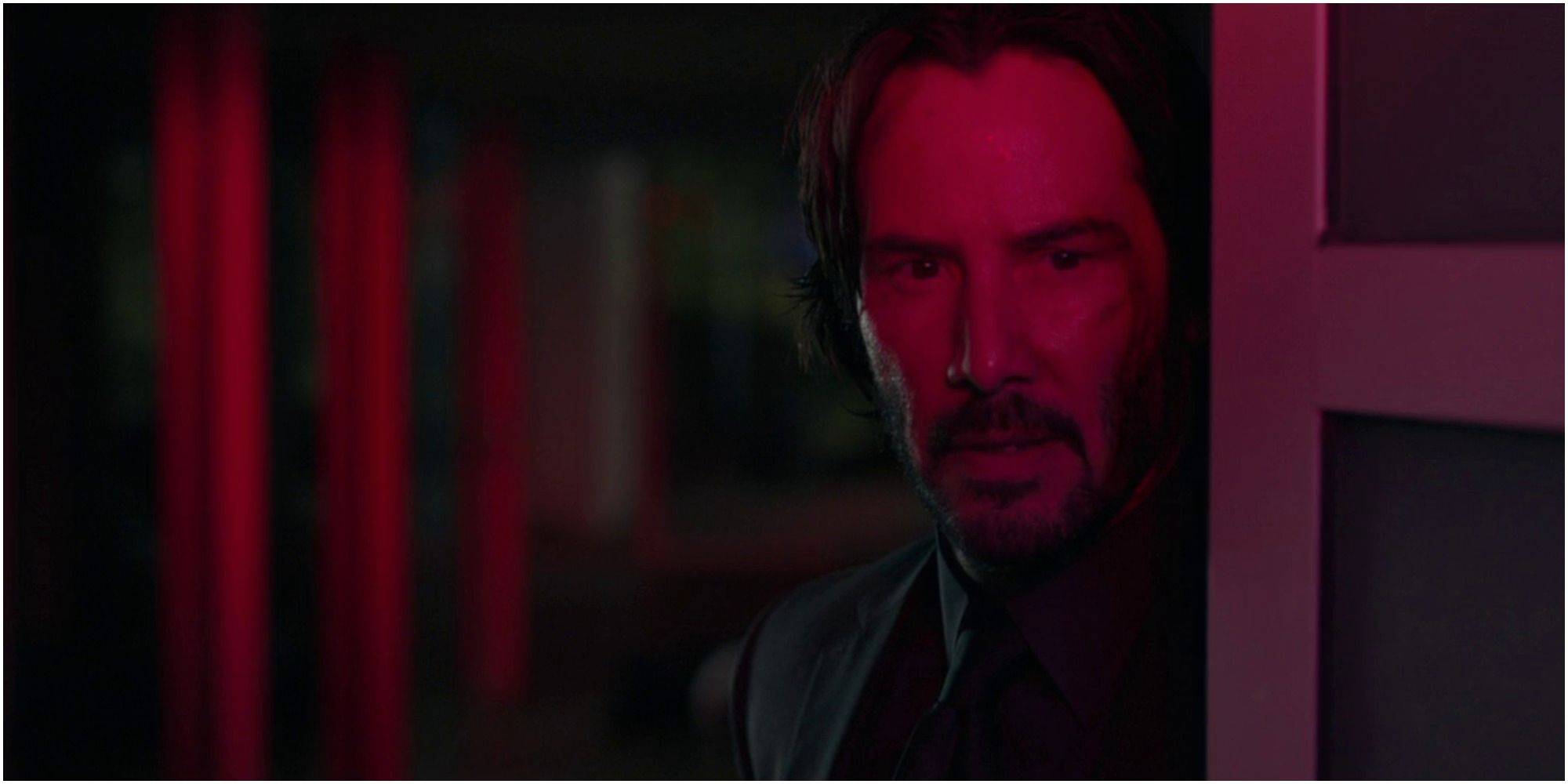 Because of the difference in the quality of the action scenes in the original John Wick, many people have compared it to the sequel. When a director introduces something new to the genre, it can feel as if others try to imitate it but fall short. The seven-minute Red Circle club action scenario demonstrates John Wick’s ability and how he moves before committing the assassination.

Wick takes his time with each kill and advances slowly on his victim. Even while fighting any of the club’s guys, the combat choreography incorporates martial arts to keep things tidy. This entire scenario is very well-done, and as John Wick (Keanu Reeves) travels through the bar, you get to see different sides of him with each interaction. 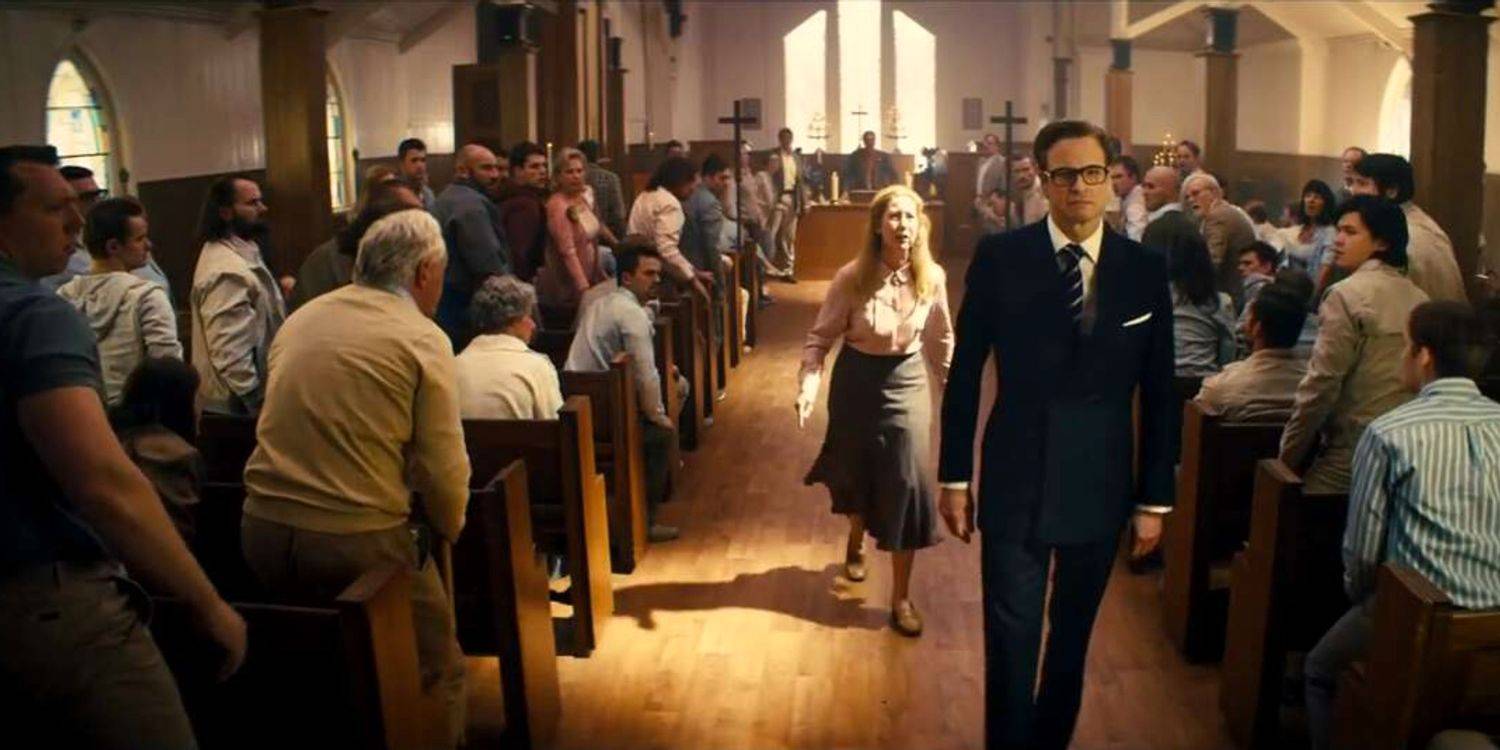 The ensemble of characters in Kingsman: The Secret Service is incredible. Fans of the Kingsman graphic books complimented Matthew Vaughn for adapting some action sequences so well. The famed church scene is the one that has everyone talking. To prevent Valentine (Samuel L. Jackson) from activating his SIM card, Harry Hart (Colin Firth) goes to the chapel.

Valentine activates the SIM cards for everyone just as Harry is about to leave, and the frequency affects Harry as well. When the song “Free Bird” by Lynyrd Skynyrd starts playing, Harry Hart goes on a killing spree in the chapel. The camera moves with each quick attack, creating a one-of-a-kind action scene. In less than five minutes, Harry assassinates more than 20 individuals. It’s just unrelenting because he keeps coming up with new ways to murder. 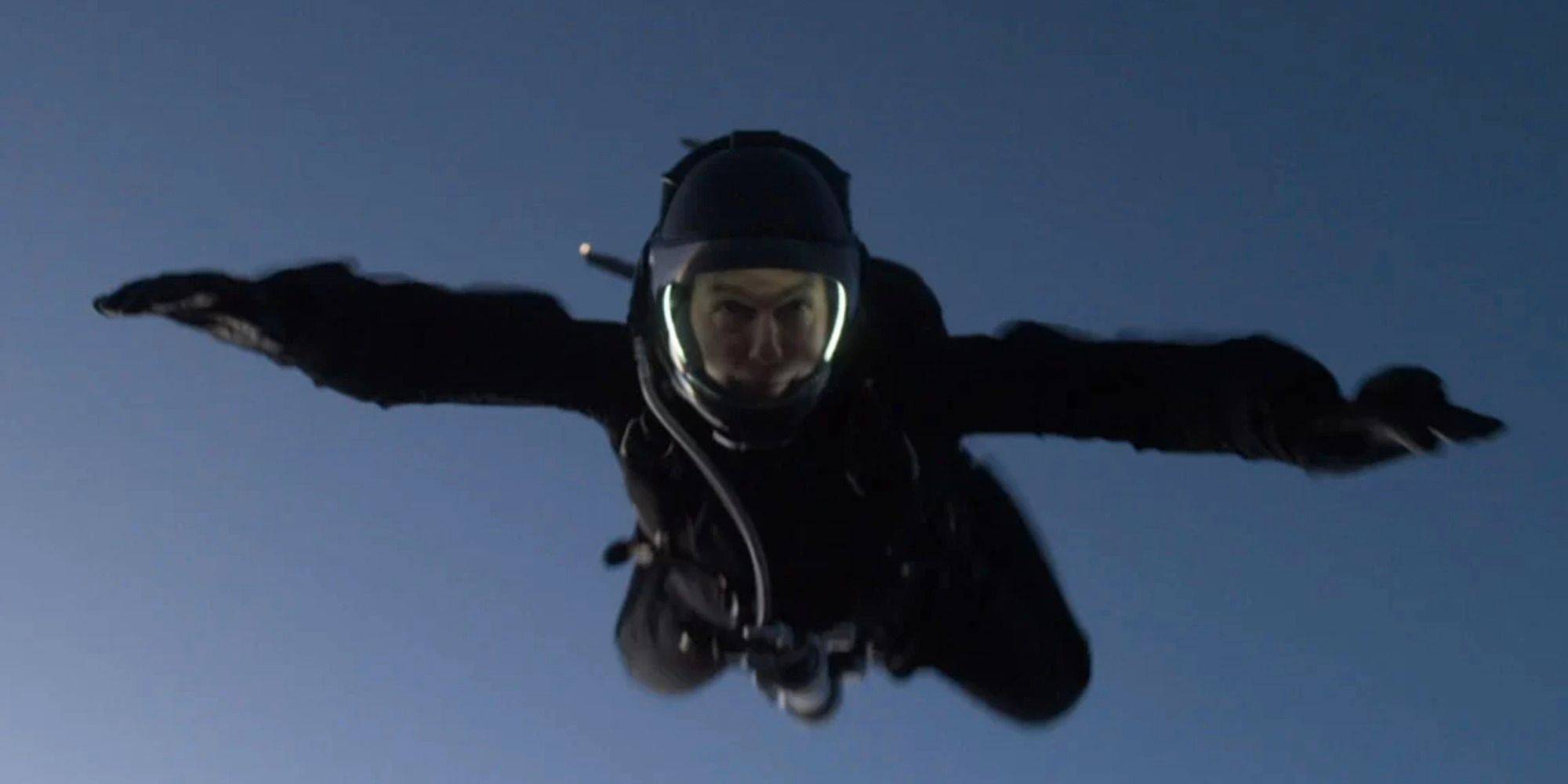 In Fallout, the Halo jump took place during a thunderstorm, and Ethan Hunt (Cruise) had to assist Walker (Henry Cavill) with the oxygen in his suit mid-flight. With a talented diver on and off the screen, it’s a high-stakes situation. In each Mission: Impossible film, Tom Cruise never fails to wow moviegoers with his willingness to attempt new things, which is what makes this long skydiving so unforgettable. 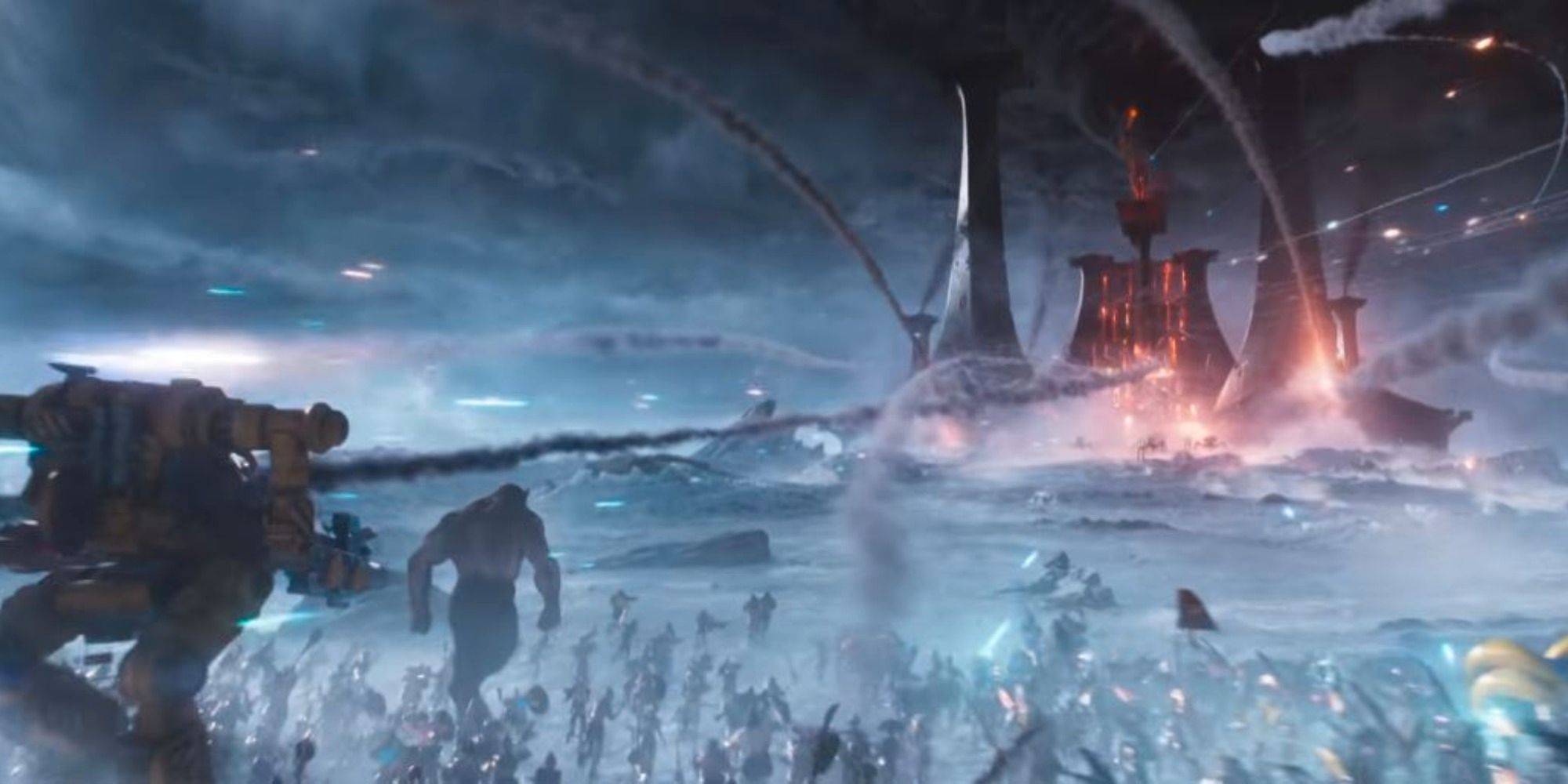 Steven Spielberg, more than any other filmmaker, knows how to stage a spectacular combat scene, as seen here with some of cinema’s most legendary characters. Because of the balance of new-age technology and nostalgia, Ready Player One is such a wonderful film to watch. This final “virtual” six-minute combat was designed by Spielberg, with prominent figures rising up to fight each other and Parzival (Tye Sheridan).
This final fight saw so many characters come together to preserve the Oasis, from seeing the Delorean in action again to the Iron Giant. The story is compelling because Spielberg done an excellent job of enthralling non-book readers to the Ready Player One concept.

The Revenant — The Bear Attack

In The Revenant, one of the most violent scenes ever shown on screen occurred. Leonardo DiCaprio has a large following, and his effort in this picture was definitely acknowledged, as he was awarded an Oscar for the film’s physicality. The six-minute bear combat scene was shot in such a way that the audience felt like they were right there with DiCaprio. The bear got dangerously near to murdering him, and the camera was right there with him. Because of the lonely environment that director Alejandro González Iárritu created, there was a lot of tension in the film. Anything could have appeared at any time, which is why the bear scene had so great impact. The bear didn’t hold back, and viewers could sense the creature’s aggression and power as it pursued DiCaprio through the forest. 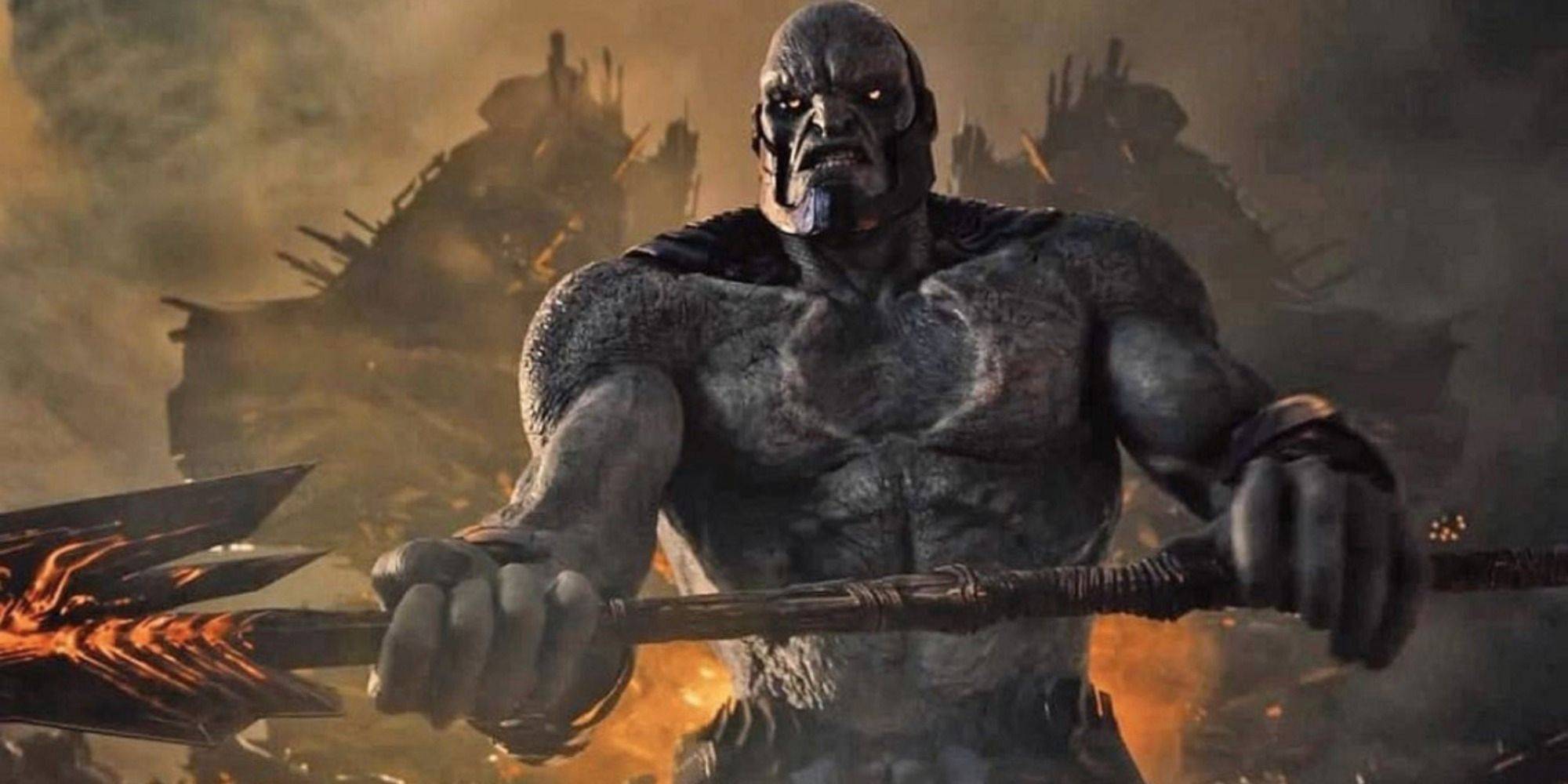 The six-minute history lesson with all the gods was one of the many reasons why fans were looking forward to Zack Snyder’s Justice League. Zack Snyder has always included old mythology and tradition into his films, so doing so with superheroes was a unique experience.
Darkseid (Ray Porter), one of the most terrifying DC villains, was featured in a history lesson with powerful visuals and Easter eggs. Different groups of individuals came together to battle for the mother boxes, and we saw various heroes in action. They all banded together to defeat Darkseid and safeguard the mother boxes.