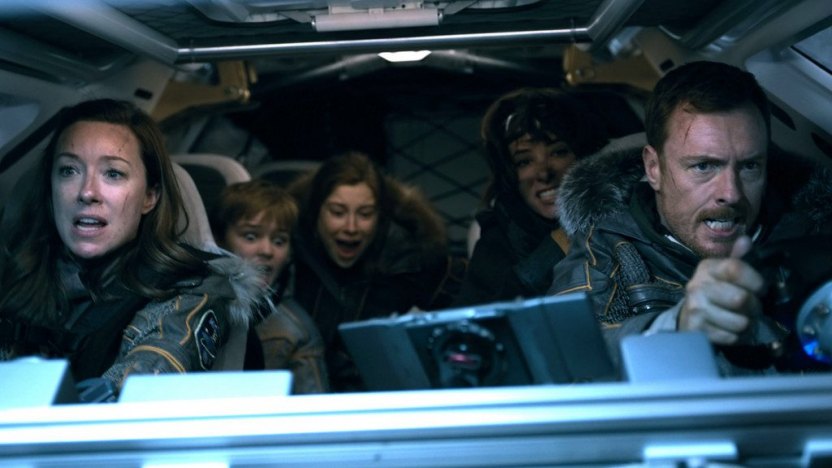 Science has shown us that the world’s potential are endless, and scientists are constantly working to uncover something new that will alter the path of history. Science is constantly evolving, and since it has given us possibilities, our imaginations have taken flight thinking about what we might be able to accomplish in the future. It has transformed the world into something entirely different than it was a century ago. For a long time, science fiction, or novels that fictionalize the potential of scientific investigation, has been popular. ‘Frankenstein,’ by Mary Shelley, is widely regarded as the first science fiction novel. Later on, it became increasingly popular, with authors such as H.G. Wells and Arthur C. Clarke stretching the genre’s bounds.

When cinema became popular, French director Georges Méliès produced a science fiction film titled ‘Le Voyage Dans la Lune,’ which translates to ‘A Voyage To the Moon,’ in 1902. Because science fiction is such a popular genre, a slew of new movies and TV shows have just debuted, each with its own unique theme. Aside from crafting fantastic stories based on scientific advancements, some science fiction films and television series also serve as a warning to us, demonstrating that if science is not used responsibly, disaster is on the horizon. With that stated, here’s a list of great science fiction shows on Netflix that are now accessible to watch: 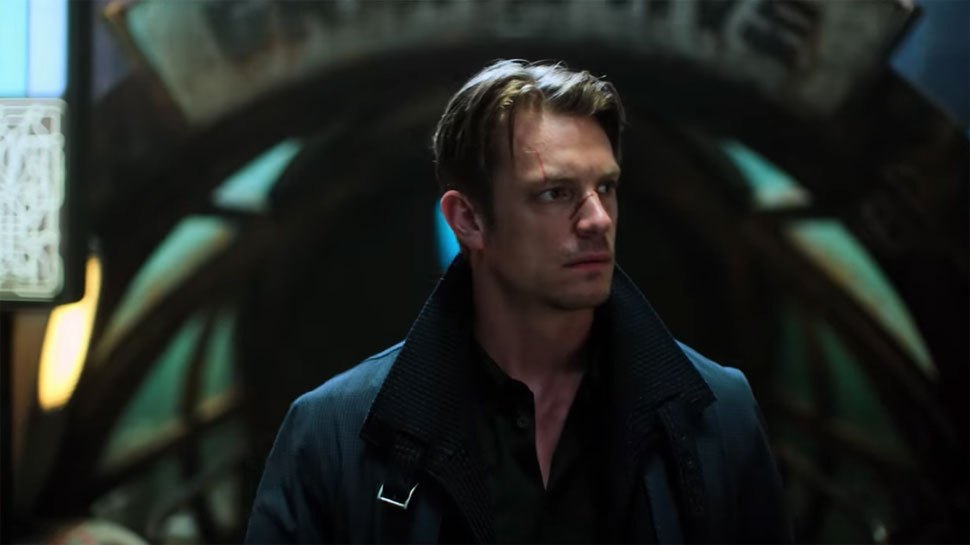 This futuristic TV show takes place approximately 360 years from now. We discover that the human brain, its memories, and all other information can be stored on a disk in this reality. These memories and lessons can be passed down from one body to the next. This approach, however, has one flaw. The person wearing the disk dies automatically if it is destroyed in any manner. These are the mechanisms of the New World Order, which has gained control of the planet. They intend to use this technology to bring the entire planet under their control. There was, however, a group of rebels known as the Envoys. Only one person survived an uprising that claimed the lives of this bunch. Takeshi Kovacs is his name, and a wealthy man discovers his disk, also known as a stack, and grants him his freedom. However, Kovacs must first solve a murder case. 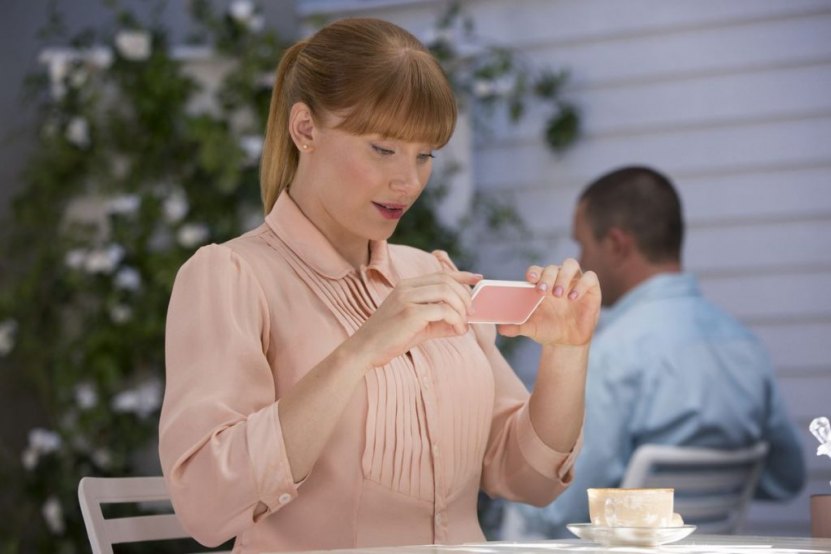 ‘Black Mirror,’ probably the most popular science fiction series on Netflix,’ tells a different scenario about how we might be brought down by science, which still exists today, in each of its episodes. All of the stories include societal reflections as well as severe assessments of how humans have evolved to the point where they have lost touch with nature. Some of the tales are absolutely terrifying. The first episode of the entire series does something so surprising that it hooks you right away. In one episode, people rate each other in the same way that we review our Uber drivers! If a person does not achieve the required standard, he or she will be denied access to certain public properties. Even though it doesn’t sound horrible, you won’t be able to say that after viewing the episode. It is one of the most culturally and socially important television series in today’s digital society, and everyone should watch it. 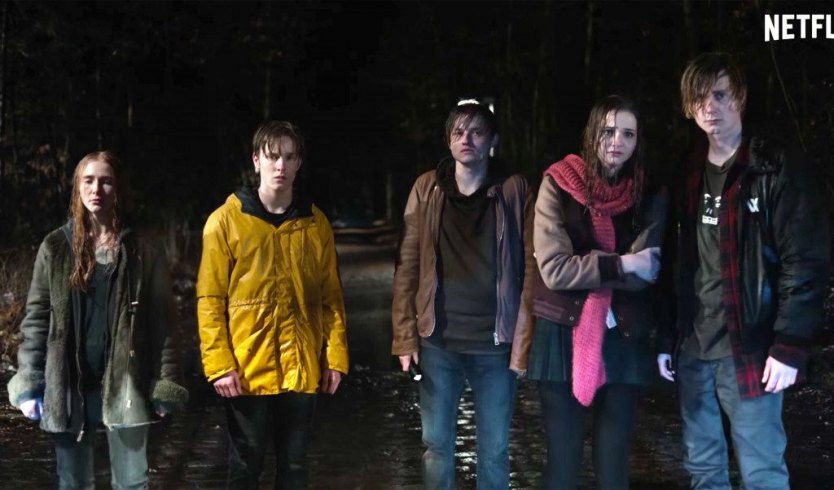 The title of the series, ‘Dark,’ is accurate. The action takes place in a small German town near a nuclear power facility. When children from the town begin to vanish one by one, horrible truths from the past of four families in the community emerge. Jonas Kahnwald is the show’s main character. His father committed himself, and his uncle vanished from the face of the planet without a trace, making him an unhappy boy. The four families in dispute are Kahnwald, Nielsen, Doppler, and Tiedemann. Because there is the possibility of time travel, and those in the community who are aware of it can peer into past, many mysteries will be revealed. For its dismal atmosphere, dramatic writing, and characters, this series received a lot of praise.

‘Lost In Space’ is set in the future, when the earth has been struck by a celestial object, putting human life in grave danger. All people have been evacuated from Earth and are being transported to the Alpha Centauri star system, which humanity want to settle. To get to their destination, each family is given a spaceship. First, all of the spaceships fly together in a craft known as Resolute. However, the Robinson family, who are the focus of the show, find themselves in a state of tremendous misery in outer space with others. Their ship was attacked by an alien robot, and all of these spaceships managed to escape the Resolute and land on a habitable planet. All of the families, however, must reach the Resolute, or they will never come into contact with another human again. The series’ production value is incredibly outstanding, and the tale is charming and heartbreaking at the same time. 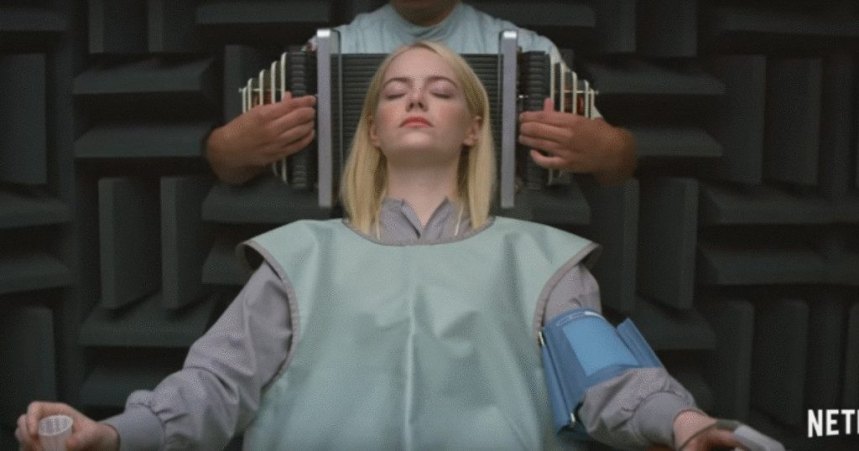 ‘Maniac’ is a science fiction television series starring Emma Stone and Jonah Hill from Hollywood. Annie Landsberg and Owen Milgrim are the names of their respective characters. They both have minor psychological issues. Owen was diagnosed with schizophrenia, while Annie has borderline personality disorder. They willingly participate in a medical experiment in which we observe them form a special bond with one another. They enter pill-induced dream phases and share the dream with one another. They have two similar dreams, each with a different name, personality, and identity. The firm that came up with this concept says that it is the most effective technique to treat mental disease. Is it, however, as simple as it appears? Many reviews have lauded the event, with some even proclaiming it to be the finest of the year. The film’s photography, production design, and performances all received rave reviews from critics. Hill and Stone were also incredibly courageous in pausing their Hollywood careers to take on such difficult assignments. 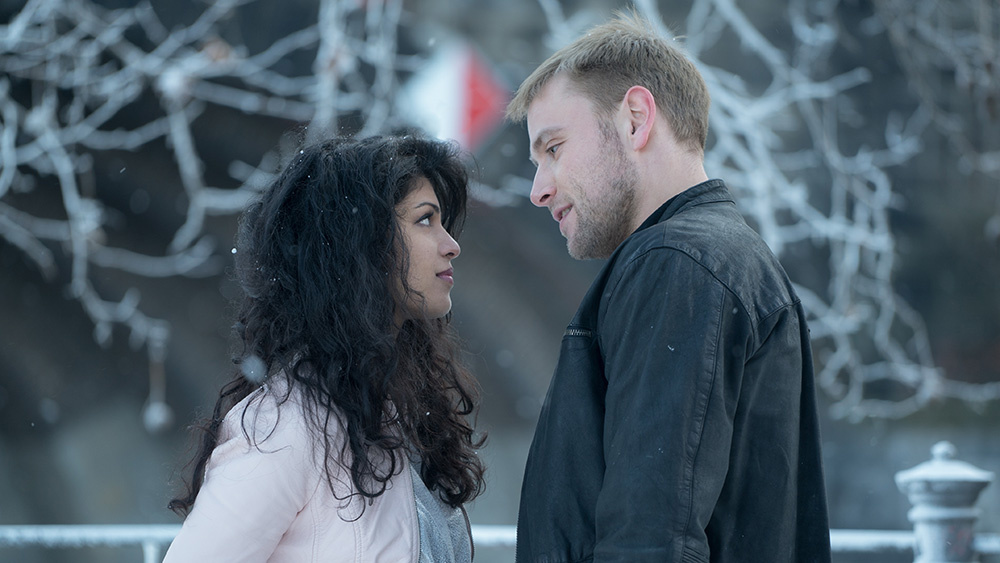 Is it possible for humans to live in one other’s heads? This is the question that comes to mind while you watch this fantastic series. ‘Sense8’ tells the narrative of eight people who are strangely connected and can sense each other’s sentiments, emotions, and whatever else is going on in their heads. Sentates are folks like this. We observe how they learn to survive and aid one another in the face of adversity. They’re also trying to figure out how to permanently halt this sensation. The show has garnered largely positive feedback, with critics applauding the show’s content and acting. 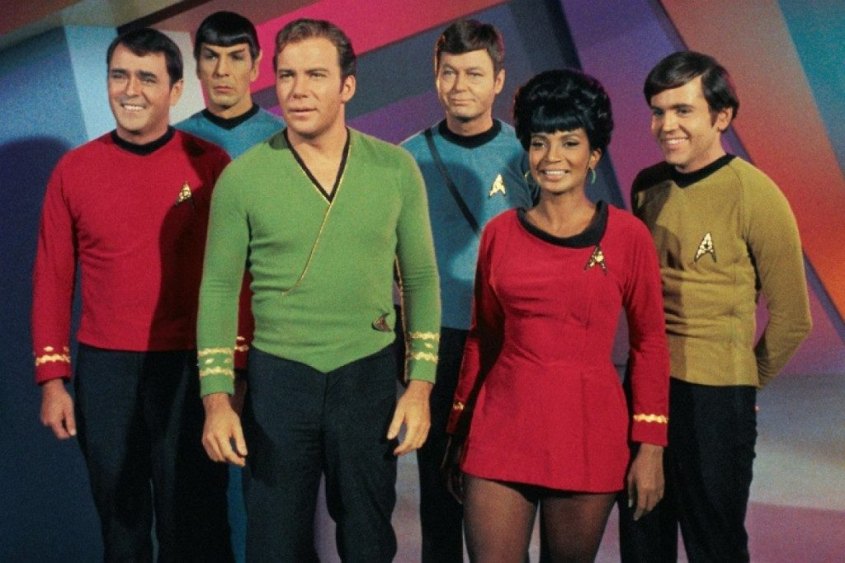 The ‘Star Trek: Original Series,’ arguably the most culturally impactful science fiction show ever, became a torchbearer in television history for a variety of reasons. Gene Roddenberry created the show, which is set in the 2260s and is set in the future. The show revolves around the Enterprise spaceship and its captain, James Kirk. Spock, the scientific officer, would go on to become one of the most well-known characters in ‘Star Trek’ history, and Leonard Nimroy, the actor who played him, has become a global cultural icon. Enterprise’s mission is to locate planets and civilizations that have yet to communicate with other civilizations in the Milky Way Galaxy. The sitcom did not initially get much public notice, but repeats made it popular after it was canceled. Throughout its tenure, the show was nominated for various accolades. 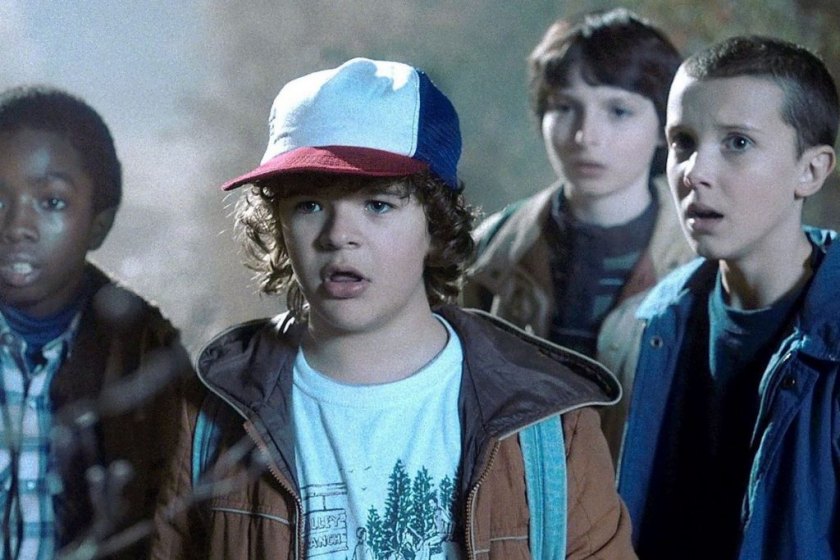 Following the release of the second season, ‘Stranger Things’ has become the most popular Netflix original. It’s a science fiction novella that pays homage to science fiction films from the 1980s. The story takes place in Hawkins, a tiny American town where a group of scientists is conducting an experiment. Eleven, a little girl, has been raised in a particular way by her father, who intends to use her to establish a doorway to another reality known as the Upside Down. It’s the same town as Hawkins, but it’s a darker, more dismal version of it. When the scientists attempt to close the gateway to the Upside Down, they are unable to do it fully, and dangerous monsters from the Upside Down enter the normal world. The employment of kid protagonists is a unique feature of the program, and each of these performers has given outstanding performances. Several critics have appreciated it as well. 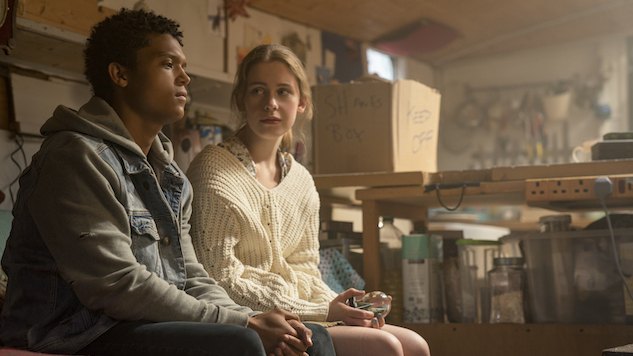 A science fiction mystery is the best way to define this series. It’s the story of a young couple with responsibilities at home who want to get away from it all. They flee, but June, the young girl, realizes she has the ability to form shift. She has the ability to turn into any living creature she desires, but her mirror will always reveal her true identity. ‘The Innocents’ is a film about love and the reliance on each other of two disturbed people. Things do not remain as idyllic, though, when they learn that a scientist is already aware of June’s quality and wishes to investigate it for his own benefit. The series has gotten high accolades from critics, as well as plaudits for the nuanced storyline. The acting is excellent, and the production value is exceptional. This is an event that should not be missed at all costs. 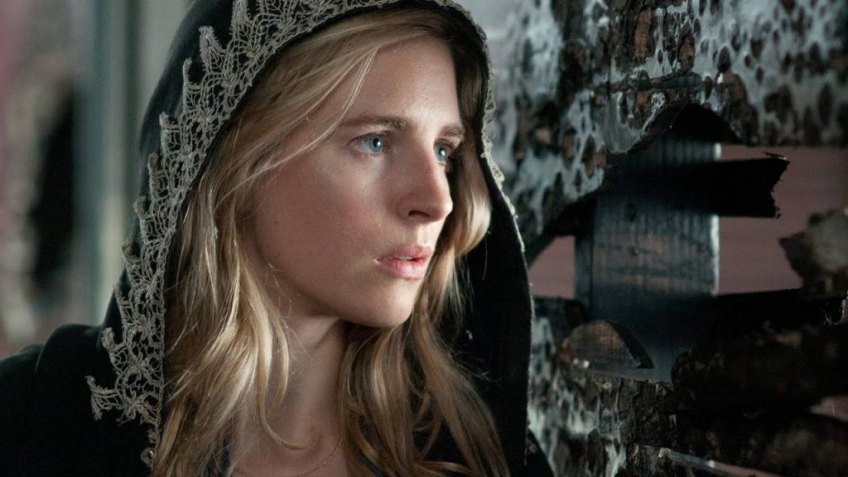 The OA tells the narrative of Prairie Johnson, a girl who breaks free from captivity and forms a community of kids with whom she has a mission. However, she underwent two significant alterations before and after her disappearance. She was blind when she vanished, but she now has great vision. Second, she no longer prefers to go by her old name, choosing instead to go by the moniker OA. After some research, we discovered that OA stands for Original Angel.

The people she enlisted have their own troubles and traumas. We learn at one point that OA has died a number of times but has always managed to resurrect. She believes that a world in another dimension exists all around us, and that if we can find our way there, many lives can be saved. This show’s plot is highly intricate, and it must be viewed to be fully appreciated. The film’s cinematography and acting are both excellent. 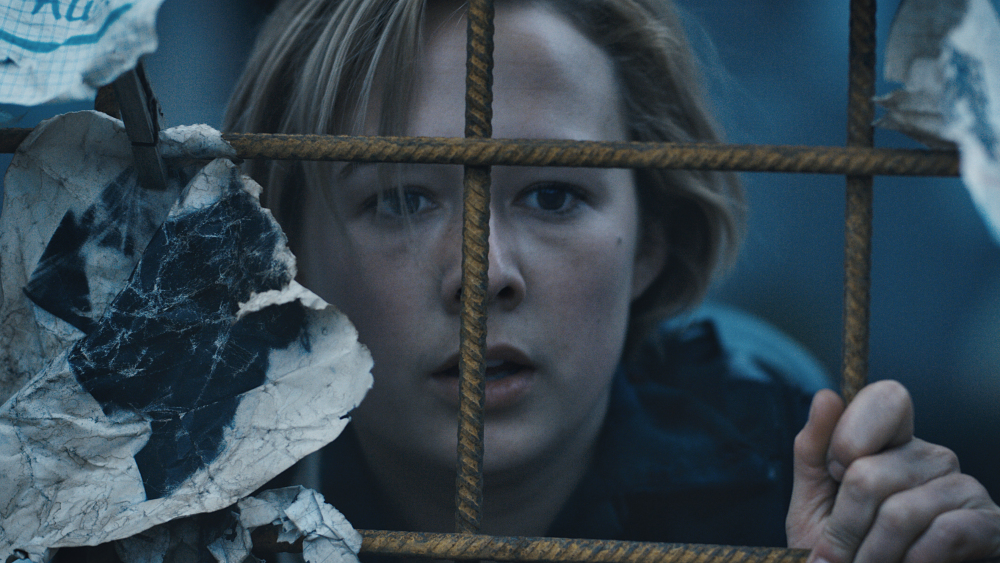 ‘The Rain’ is a science fiction film set in a post-apocalyptic civilization. It’s about two brothers who are attempting to avoid death. Death has arrived in the form of a terrible virus that has already killed the majority of the people of the Scandinavian countries, where the show is set. Only a few survivors remain, including the series’ central characters, Simon and Rasmus. They must locate their father, a scientist who may be able to supply them with a remedy or cure for the virus. Now the question of why the virus exists in the first place arises. Was it due to a scientific experiment that went horribly wrong? Netflix produced its first original Danish series with this show. Despite the popularity of the series, some fans and critics have pointed out numerous logical flaws in the plot.